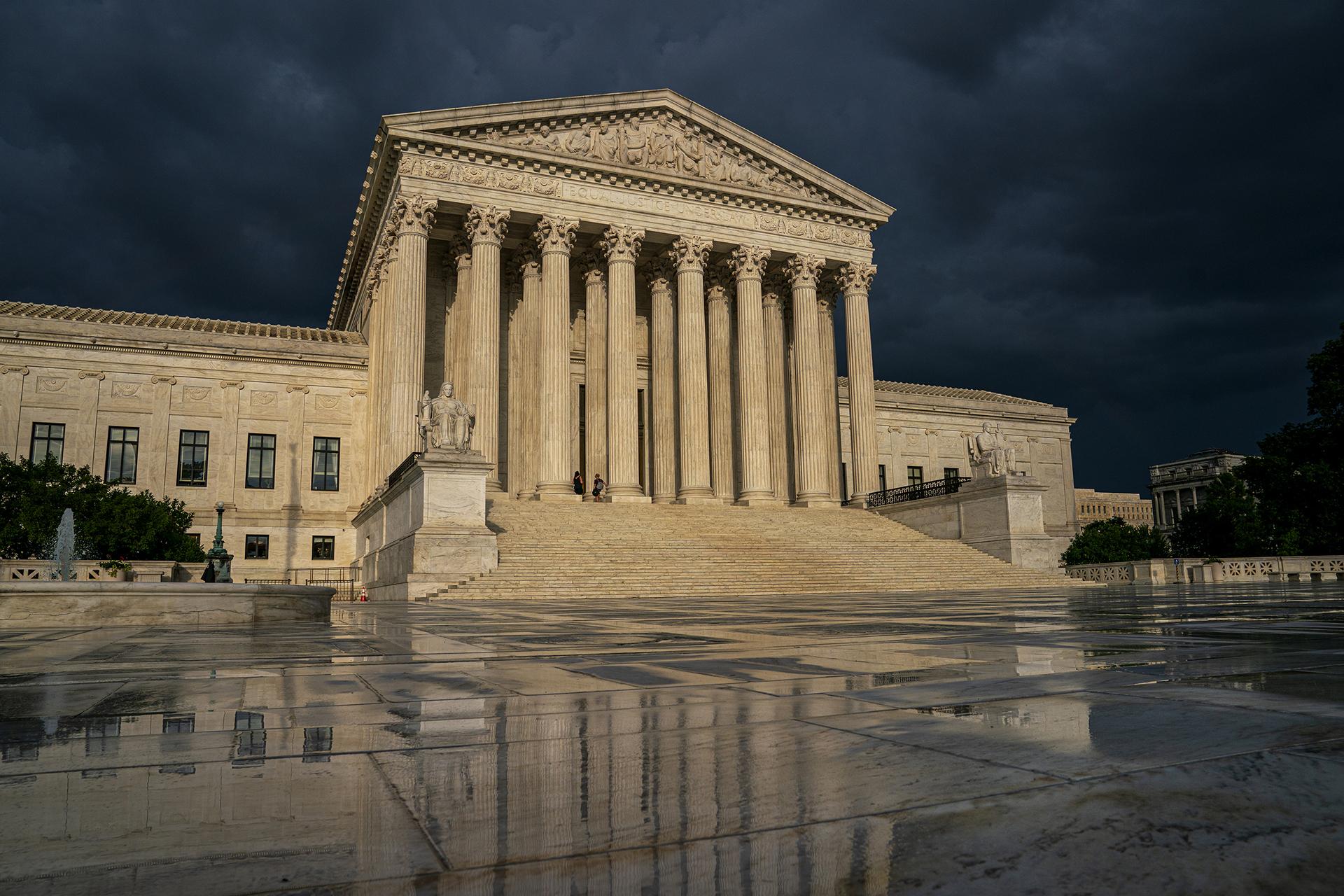 WASHINGTON (AP) — In two politically charged rulings, the Supreme Court dealt a huge blow Thursday to efforts to combat the drawing of electoral districts for partisan gain and put a hold on the Trump administration’s effort to add a citizenship question to the 2020 census.

On the court’s final day of decisions before a summer break, the conservative justices ruled that federal courts have no role to play in the dispute over the practice known as partisan gerrymandering. The decision could embolden political line-drawing for partisan gain when state lawmakers undertake the next round of redistricting following the 2020 census.

Voters and elected officials should be the arbiters of what is a political dispute, Chief Justice John Roberts said in his opinion for the court.

The court rejected challenges to Republican-drawn congressional districts in North Carolina and a Democratic district in Maryland.

The decision was a major blow to critics of the partisan manipulation of electoral maps that can result when one party controls redistricting.

The districting plans “are highly partisan by any measure,” Roberts said.

But he said courts are the wrong place to settle these disputes.

In the dissent for the four liberals, Justice Elena Kagan wrote, “For the first time ever, this court refuses to remedy a constitutional violation because it thinks the task beyond judicial capabilities.” Kagan, in mournful tones, read a summary of her dissent in court to emphasize her disagreement.

Federal courts in five states concluded that redistricting plans put in place under one party’s control could go too far and that there were ways to identify and manage excessively partisan districts. Those courts included 15 federal judges appointed by Republican and Democratic presidents reaching back to Jimmy Carter.

The decision effectively reverses the outcome of rulings in Maryland, Michigan, North Carolina and Ohio, where courts had ordered new maps drawn, and ends proceedings in Wisconsin, where a retrial was supposed to take place this summer after the Supreme Court last year threw out a decision on procedural grounds.

Proponents of limiting partisan gerrymandering still have several routes open to them, including challenges in state courts. There is a pending North Carolina lawsuit.

The North Carolina case has its roots in court decisions striking down some of the state’s congressional districts because they were illegal racial gerrymanders.

When lawmakers drew new maps as a result, Republicans who controlled the legislature sought to perpetuate the 10-3 GOP advantage in the congressional delegation. Democratic voters sued over the new districts, complaining that they were driven by partisan concerns.

The voters won a lower court ruling, as did Democrats in Wisconsin who challenged state assembly districts. But when the Supreme Court threw out the Wisconsin ruling on procedural grounds that did not address the partisan gerrymandering claims, the justices also ordered a new look at the North Carolina case. A three-judge court largely reinstated its ruling.

In Maryland, Democrats controlled redistricting and sought to flip one district that had been represented by a Republican for 20 years. Their plan succeeded, and a lower court concluded that the district violated the Constitution.

The high court agreed to hear both cases.

In the census case, the court said the Trump administration’s explanation for wanting to add the question was “more of a distraction” than an explanation. The administration had cited the need to improve enforcement of the Voting Rights Act.

There was no immediate response from the White House on either Supreme Court decision Thursday.

It’s unclear whether the administration would have time to provide a fuller account. Census forms are supposed to be printed beginning next week.

Roberts again had the court’s opinion, with the four liberals joining him in the relevant part of the outcome.

A lower court found the administration violated federal law in the way it tried to add a question broadly asking about citizenship for the first time since 1950.

The Census Bureau’s own experts have predicted that millions of Hispanics and immigrants would go uncounted if the census asked everyone if he or she is an American citizen.

Immigrant advocacy organizations and Democratic-led states, cities and counties argue the citizenship question is intended to discourage the participation of minorities, primarily Hispanics, who tend to support Democrats, from filling out census forms.

The challengers say they would get less federal money and fewer seats in Congress if the census asks about citizenship because people with noncitizens in their households would be less likely to fill out their census forms.

Evidence uncovered since the Supreme Court heard arguments in the case in late April supports claims that the citizenship question is part of a broader Republican effort to accrue political power at the expense of minorities, the challengers say.

The Constitution requires a census count every 10 years. A question about citizenship had once been common, but it has not been widely asked since 1950. At the moment, the question is part of a detailed annual sample of a small chunk of the population, the American Community Survey.

The case stems from Commerce Secretary Wilbur Ross’ decision in 2018 to add a citizenship question to the next census, over the advice of career officials at the Census Bureau, which is part of the Commerce Department. At the time, Ross said he was responding to a Justice Department request to ask about citizenship in order to improve enforcement of the federal Voting Rights Act.

What’s Next for Remap Reform in Illinois? Lawmakers Weigh In