If you take a trip some 4.5 miles south of downtown, past the Riverwalk and away from sightseeing boats, water taxis and urban kayakers, you will discover the most notorious stretch of the Chicago River: Bubbly Creek.

Today, it is used recreationally and is home to some wildlife, but it was once described as a “great open sewer” by Upton Sinclair in his 1906 novel “The Jungle” and was notorious for being the dumping ground for Chicago’s meatpacking industry. As a result, it became a waterway so gross and filthy, a man could actually stand on the floating layers of stockyard fat and bone without a fear of falling into the depths below.

And though it is cleaner now, it still bubbles.

Image: Move the vertical scroll bar below to see a now-and-then comparison of Bubbly Creek.

The bubbling is a result of the creek’s unfortunate origins. “In the early 1860s, Chicago condensed all of the stockyards to Bubbly Creek,” says Margaret Frisbie, the executive director of Friends of the Chicago River, a nonprofit organization dedicated to the health of the waterway. “It was this vast area of literally millions of cattle and pigs getting slaughtered yearly for over 100 years.”

According to Roosevelt University professor Mike Bryson, whatever was left over from the carcasses that could not be turned into food, shoes, soap or other items was dumped into the river. The animal remains coupled with heavy metal contaminants, raw sewage and an oil spill in 2017 made matters worse. 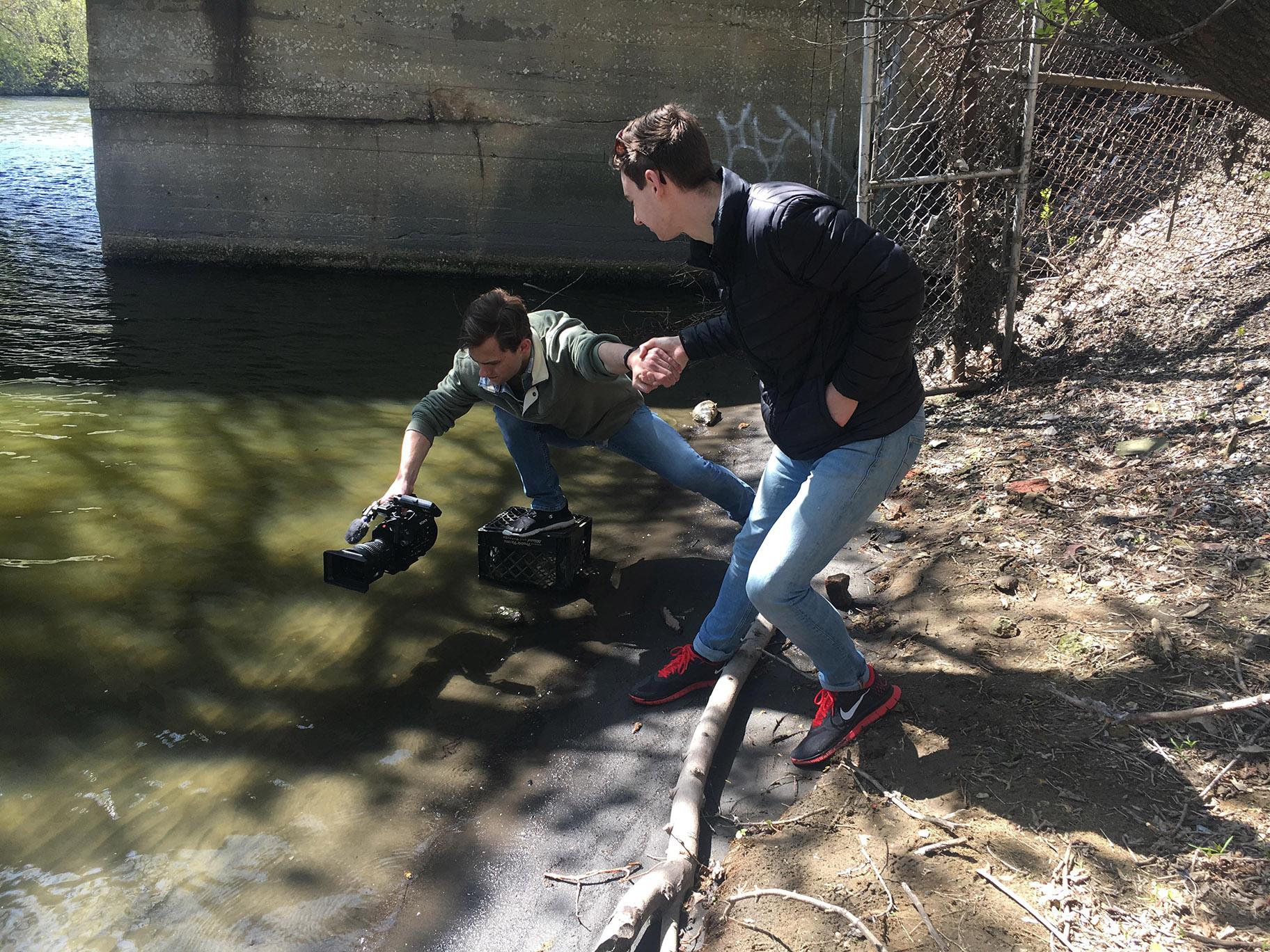 DePaul University student journalists shooting video of the bubbles in the creek.

Today, there’s an ongoing effort to revitalize this stretch of the South Fork of the river. In 2005, the U.S. Army Corp of Engineers (USACE) began a study of Bubbly Creek in hopes of restoring the ecosystem. The study included plans to create a new natural bottom for the creek by essentially capping the sludge with sand and gravel and placing native plant species in the sediment to hold the new creek bed in place.

The Corps estimates it will take $15.4 million to clean up the creek. “The federal government would fund about $10 million of that and the local sponsor, the city of Chicago, would cover about $5.5 million,” says Michael Padilla, project manager for USACE. “So that’s what our plan costs and we hope to get the study approved and authorized, and get funding for it. We’d love to see Bubbly Creek restored.”

Bureaucratic red tape complicates the restoration plans as the USACE must coordinate its efforts with the Environmental Protection Agency (EPA).

“If we take over an area and make a project out of it, we become liable for any kind of contamination that may have been there, even if it was done long, long ago,” Padilla says.

U.S. Rep. Dan Lipinski (D-3rd District), whose district includes the creek, has been helping to untangle the overlap between the two federal agencies and is working to address the liability issues.

“If the EPA says everything is fine right now in Bubbly Creek, and the Army Corps starts doing the restoration work, and there is pollution that is found, then the Army Corps will take the blame and have the liability,” Lipinski said.

In 2018, Lipinski called on the two federal agencies to devise a legal agreement that would absolve the USACE of potential liability that could arise during the revitalization process.

For Lipinski, the bureaucratic logjam is frustrating, but he says, “This is unfortunately the way that government works.”

While the Army Corps of Engineers and the EPA are working out their arrangement, community activists are making their own progress. On May 11, hundreds of volunteers participated in the Chicago River Day, picking up litter along the riverbank. The event has occurred annually since 1992.

“If we work collectively, locally, and demand enforcement of the Clean Water Act, we can make a real difference,” Friends of the Chicago River’s Frisbie says.

Unlike its southern counterpart, the North Branch of the Chicago River is both cleaner and more developed, a hub for recreation with many scenic vistas.

“I think people are officially looking at the North Side and the North Branch of the river as a success,” says James Burns, president of the South Branch Park Advisory Council. “And here’s the South Branch: Let’s do the same thing down here, and let’s change the way people think about the river.”

The volunteer organization is committed to the growth of recreational possibilities on the South Branch.

The industrial plants that turned Bubbly Creek into a quagmire have since been torn down. 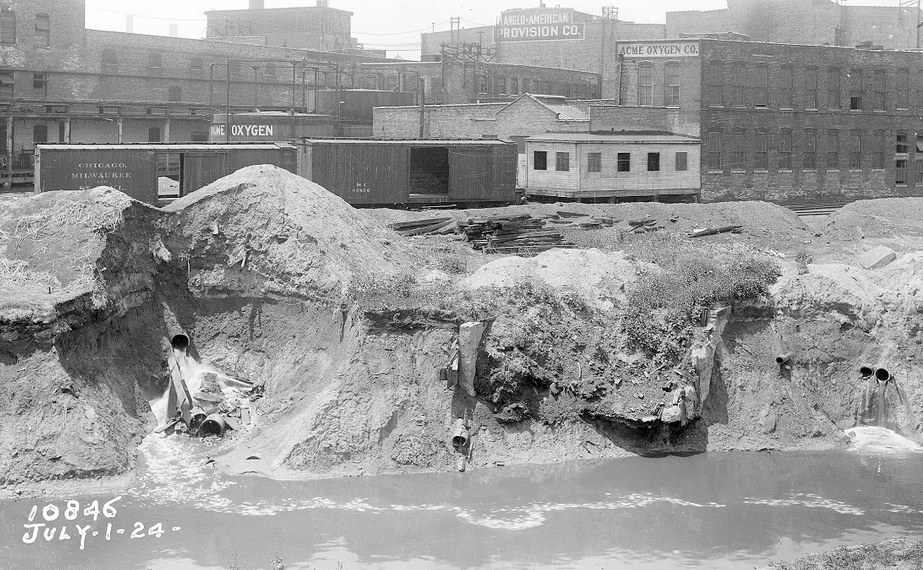 Today, new housing developments and museums dot the transforming Bridgeport neighborhood along the river. Architectural investments are being made to the area, including the MacArthur Fellow Jeanne Gang’s boathouse at Park No. 571. 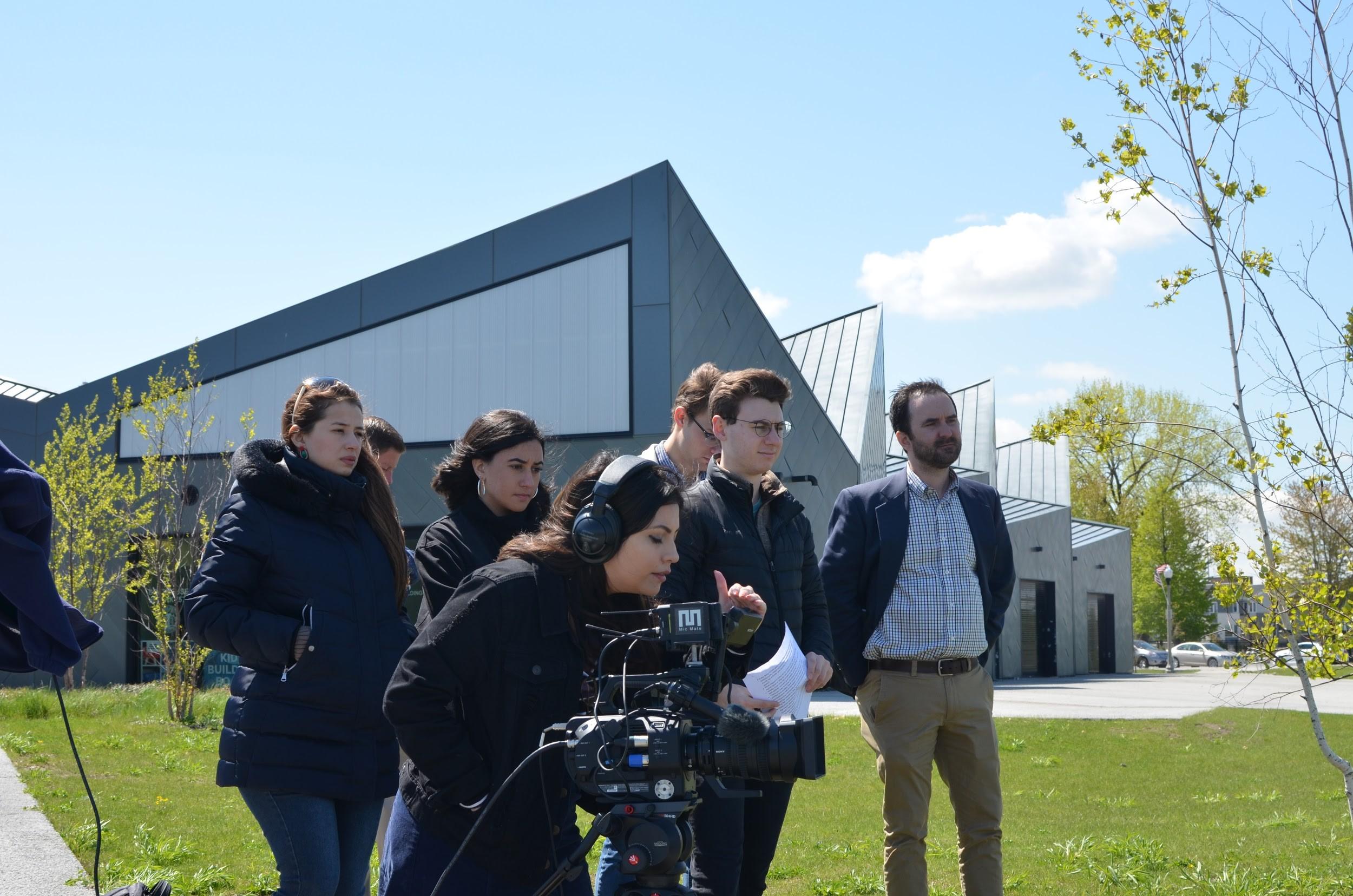 While wildlife is returning to Bubbly Creek, the water and the fish in it are not yet fit for human consumption. Nor is it advisable for people to swim in Bubbly Creek.

“In general, you know, we don’t advise eating the fish because they’ve accumulated toxins in their tissues over their lifetimes. Is it safe to swim in Bubbly Creek? Not yet,” says Roosevelt University’s Bryson.

The process to restore Bubbly Creek at the federal level is moving forward. A finalized agreement between the Army Corps of Engineers and the EPA is expected on Aug. 31, while the capping of Bubbly Creek is predicted to begin in 2023.

But for now, Bubbly Creek remains a metaphor for Chicago’s messy, yet fascinating history.

Is it the Al Capone of waterways?

“Yeah, you could say that,” Bryson laughs. “’Where’s the body buried?’ Maybe in the sediments of Bubbly Creek.”

More from DePaul University’s Center for Journalism Integrity and Excellence: