Peek into the window or door of dozens of Chicago eateries and you’ll see it: a yellow, boldface sign that reads “SANCTUARY RESTAURANT.” But what exactly does it mean for a restaurant to be a sanctuary?

Like “sanctuary cities,” the term “sanctuary restaurant” is not a legal designation, nor does it provide any formal legal protections. Instead, the movement aims to provide a “place at the table for everyone,” according to its website.

“[The goal was] to create safe spaces for their own workforces but also the communities they reside in,” said Felipe Tendick-Matesanz, affiliate director of ROC Chicago.

To register, restaurant owners simply visit the website and sign up online. Although organizers close to the movement believe the number to be higher, there are 37 registered sanctuary restaurants in the Chicagoland area listed on the website and nearly 400 participating restaurants nationwide.

Helen Cameron, daughter of German immigrants and owner of the restaurant Uncommon Ground with locations in Lakeview and Edgewater, said her decision to seek sanctuary restaurant status was “a natural thing.”

“I think there’s a responsibility to be a good restaurant owner to your staff because we have people from many different cultures who have come through as employees here,” Cameron said. “They deserve opportunities to get on their feet in the new country.” 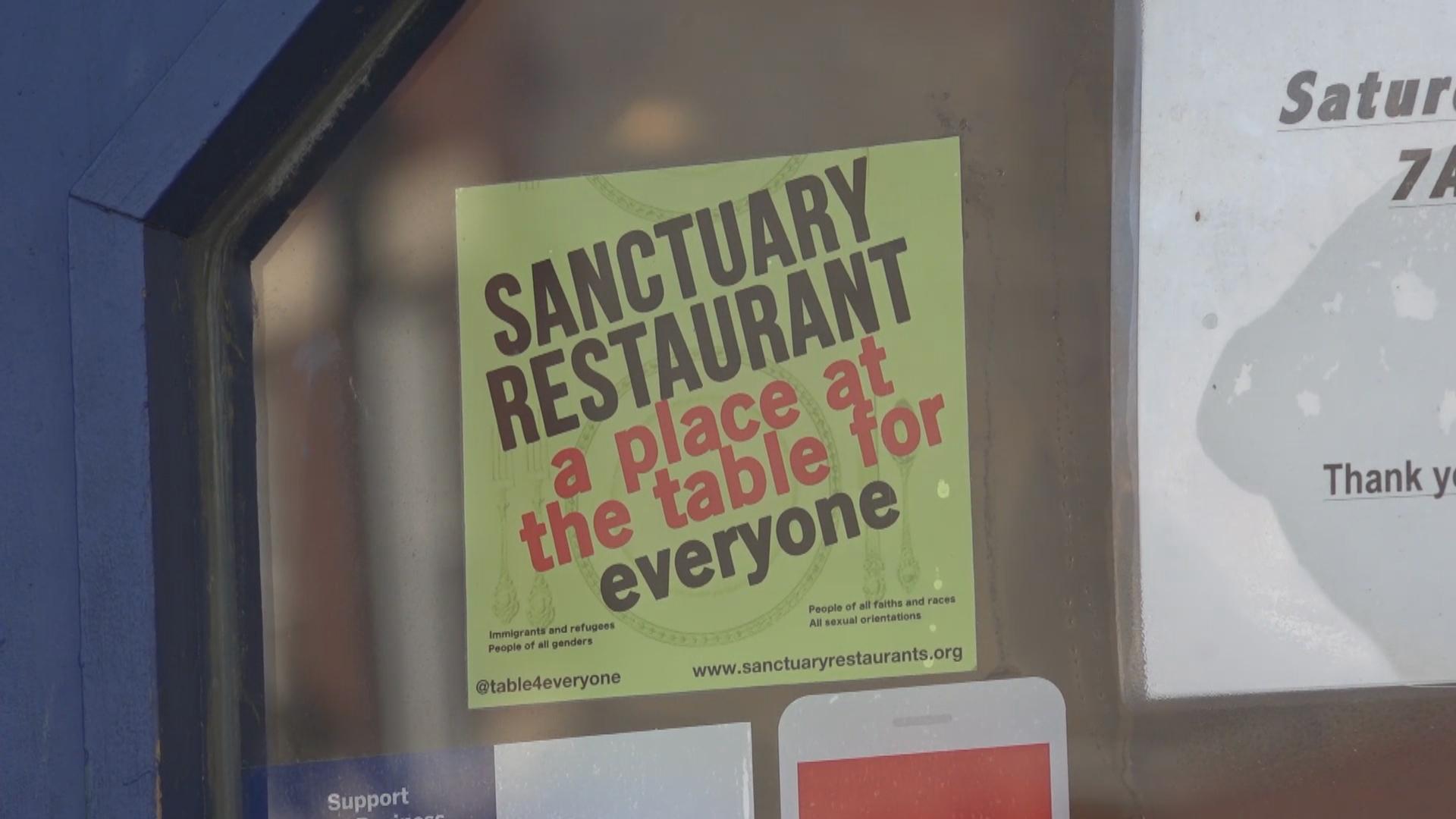 Sam Toia, president of the Illinois Restaurant Association, argued that sanctuary restaurants are important because “immigrants have always been the backbone of the hospitality industry.”

Like Cameron, Toia is a descendant of immigrants – his grandfather emigrated from Sicily. He said it is critical that restaurateurs create a place that is welcoming to people of all backgrounds.

With this message comes concerns that the sanctuary designation could make restaurants a target for federal immigration authorities. Toia said he tells restaurants that if the U.S. Immigration and Customs Enforcement (ICE) comes calling, officials have to have a “criminal search warrant,” or restaurants can refuse to let them in. He said that while it is the restaurants’ responsibility to ask for documents during the hiring process, as is required by law, “they are not documentarians.”

For its part, ICE doesn’t recognize restaurants as a sensitive location, or a site where the agency limits raid activity. Places like schools, medical facilities and religious locations are among the areas currently listed as sensitive.

Although the term may sound similar to the much-discussed “sanctuary city,” organizers stress that the movement isn’t just for immigrants but also members of other marginalized groups including women, people of color, members of the LGBTQ community and more. Sanctuary restaurants have “zero tolerance for sexism, racism, and xenophobia,” according to the movement’s website – organizers aim to create a more inclusive, equitable environment for restaurants and all employees.

Still, some have expressed reservations about the movement’s efficacy given that many of its central tenets simply reiterate what’s already codified in anti-discrimination law. Restaurant-goer Calicia Smith said the idea these concepts require a label is “kind of crazy.”

“You should just be willing, at least I believe, to hire people of color, people that don’t believe the same thing as you, people that look different than you,” Smith said. “Why do you necessarily need a label to do that – when that should be – that’s just innate?”

This is fair criticism, Tendick-Matesanz said, but he insists the movement is not just a marketing ploy for restaurants.

“We’ve been doing this for almost two decades now – and from our end – we’re trying to improve wages and working conditions,” he said. “So this is an opportunity for some owners, I think, to kind of step up to the plate.”

According to ROC, the movement offers “know your rights” trainings for participating restaurants alongside workshops about topics like sexual harassment, though there’s no record of which restaurants have participated in the trainings. Organizers have also discussed implementing a hotline that would allow employees to text or call a network of lawyers in the event of a raid but staffing is not currently large enough to support such a program.

Tendick-Matesanz argued that a restaurant’s commitment to creating an inclusive working environment is a positive result of the movement. However, he acknowledged the industry still has a long way to go in fighting for safe working conditions. In his eyes, this is just one way to step forward and work toward full inclusion.

“We still have a lot of issues to deal with,” Tendick-Matesanz said. “This is another tool that restaurants and workers can use together as an opportunity to get involved in improving our industry with us.”

Reporting by Carol Marin and the DePaul Center for Journalism Integrity & Excellence.