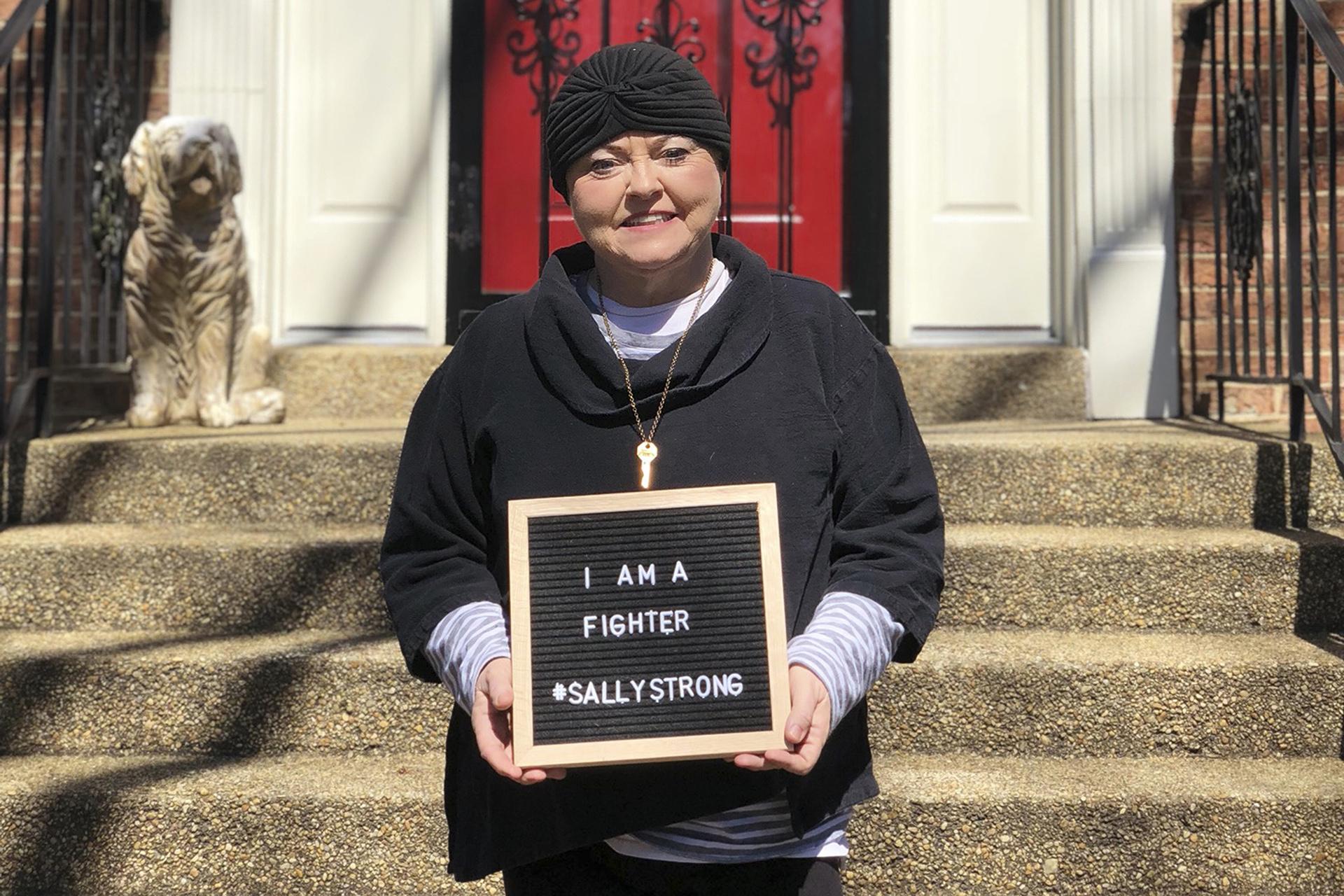 This March 26, 2018 photo provided by Ashley Atwater shows her mother, Sally Atwater, outside her home in the Georgetown area of Washington, a few days after leaving the hospital. (Courtesy Ashley Atwater via AP)

CHICAGO (AP) — Sally Atwater’s doctor spent two months on calls, messages and paperwork to get her an experimental drug he thinks can fight the lung cancer that has spread to her brain and spine.

Nancy Goodman begged eight companies to let her young son try experimental medicines for a brain tumor that ultimately killed him, and “only three of the companies even gave me a reason why they declined,” she said.

Thousands of gravely ill cancer patients each year seek “compassionate use” access to treatments that are not yet on the market but have shown some promise in early testing and aren’t available to them through a study.

Now the government wants to make this easier and give more heft to the requests. On Monday at a cancer conference in Chicago, the Food and Drug Administration announced a project to have the agency become the middleman.

Instead of making doctors plead their case first to companies and then to the FDA if the company agrees to provide the drug, the FDA will become the initial step and will assign a staffer to quickly do the paperwork. That way, when a company gets a request, it knows the FDA already considers it appropriate.

“We are here to help. We are not here to make a drug company give a specific drug to a patient. We don’t have that authority,” said Dr. Richard Pazdur, the FDA official leading the effort. But the agency gets little information now on how many requests are turned down and why.

The current system also is cumbersome and sometimes unfair, he said. Patients in rural or inner city areas or at community hospitals that lack staff to work on special requests may be disadvantaged. Social media campaigns can add to the inequity.

“We do not want to have the situation where somebody who screams loudest gets the drug” and other worthy candidates don’t, Pazdur said.

The project only involves drugs for cancer, not other diseases. It has nothing to do with the federal Right to Try law passed last year, which many have called “right to ask” because it only allows patients to request a drug from a company under certain circumstances and does not mandate that it be provided.

The new FDA project is “absolutely going to change things” and push more companies to say yes, Goodman said. She founded an advocacy group, Kids v Cancer, after her son Jacob Froman died in 2009 at age 10.

The FDA has not been the problem, she said. It keeps a website with links to companies’ policies and contact information for patients, and has quickly approved the vast majority of these requests whenever a company has granted access.

That’s what happened when Dr. Chul Kim, a lung specialist at Georgetown Lombardi Comprehensive Cancer Center, made his first attempt to get compassionate use for a patient, in this case to help Atwater, whose cancer was spreading despite usual treatments.

“I felt there was an urgent need to switch therapy,” and early results suggested the experimental drug could get into the brain, which many therapies can’t do, and fight the cancer there, Kim said.

He started the process in early February and ultimately got Atwater the drug in late March.

“I have other patients and I needed to carve out time for this,” and was fortunate to have staff that had been working with the company on a study who could help, Kim said. Once the company agreed, it took the FDA only a day to do the same.

“It requires quite a bit of work,” usually at least 24 hours over several weeks, said Dr. Ajai Chari at Mount Sinai’s Tisch Cancer Institute in New York where dozens of patients have gotten compassionate use access over the last decade. “A lot of people have to drop what they’re doing to get all that done.”

Chari just did it for Michael Walsh, a 58-year-old musician from New York City, who has had myeloma since 2011.

“He’s exhausted all approved FDA therapies,” including 13 types of chemotherapy, Chari said. Within a few weeks of starting on the experimental drug, Walsh had a dramatic reduction in his cancer.

“I’m working, doing things,” Walsh said. “It is giving me some space to have the cancer be under control.”

Atwater, the 68-year-old Washington woman treated at Georgetown, is hoping for the same from her experimental drug. She said she asked her sister who had breast cancer how she might be able to tell if the treatment was working.