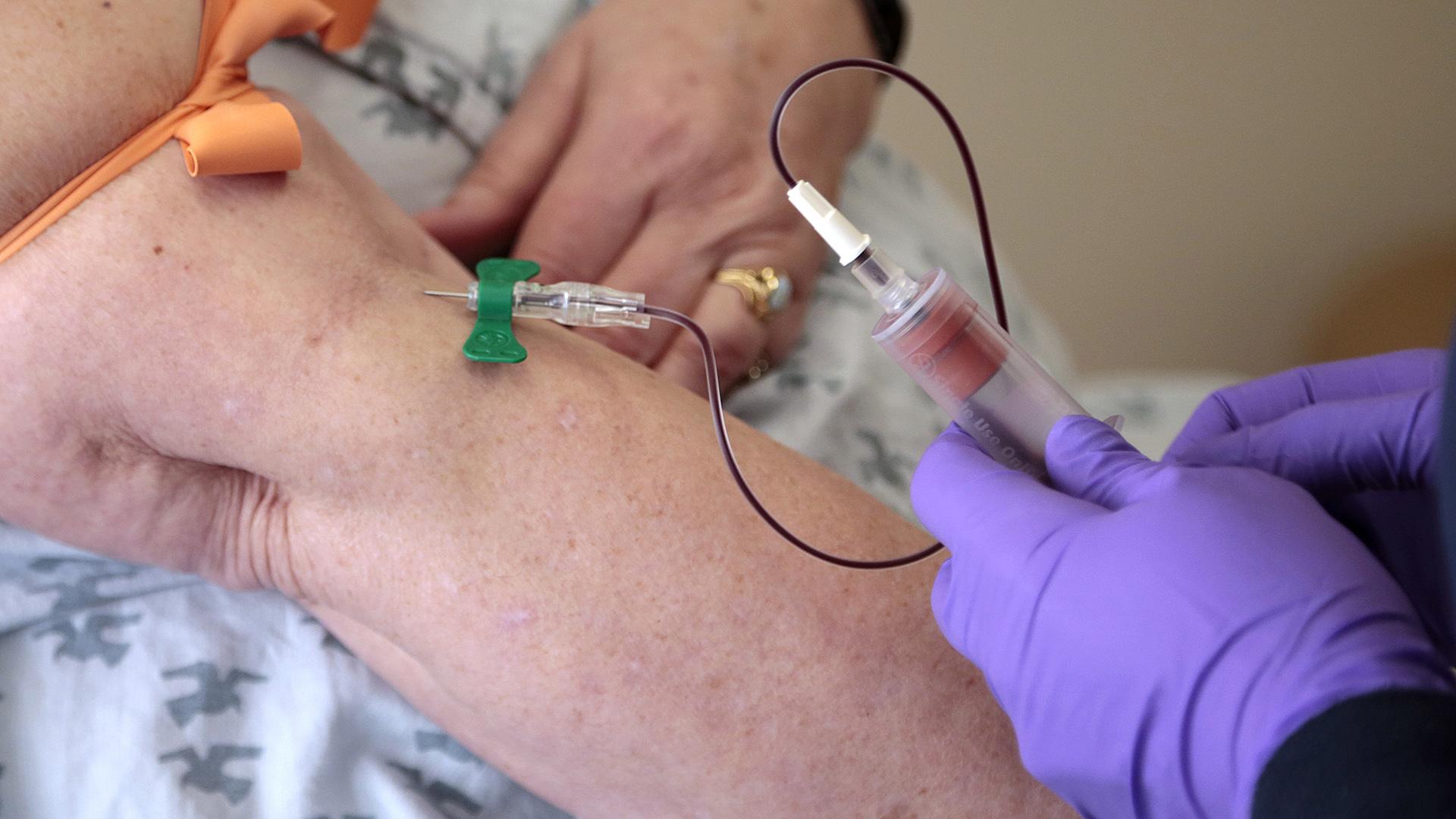 In this Tuesday, April 28, 2015 file photo, a patient has her blood drawn at a hospital in Philadelphia to monitor her cancer treatment. Companies are trying to develop blood tests that can look for signs of many types of cancer at once. (AP Photo / Jacqueline Larma, File)

A California company says its experimental blood test was able to detect many types of cancer at an early stage and gave very few false alarms in a study that included people with and without the disease.

Grail Inc. gave results in a news release on Friday and will report them Saturday at the American Society of Clinical Oncology meeting in Chicago. They have not been published in a journal or reviewed by other scientists.

Many companies are trying to develop early detection “liquid biopsy” tests that capture bits of DNA that cancer cells shed into blood.

On Thursday, Johns Hopkins University scientists launched a company called Thrive Earlier Detection Corp. to develop its CancerSEEK test, which yielded results similar to Grail’s more than a year ago.

Grail is closely watched because of the extraordinary investment it’s attracted — more than $1 billion from Jeff Bezos, Bill Gates and other celebrities.

The new results included 2,300 people, 60% with cancer and 40% not known to have it. The test detected 55% of known cancers and gave false alarms for 1%. The detection rate was better — 76% — for a dozen cancers that collectively account for nearly two thirds of cancer deaths in the U.S., including lung, pancreatic, esophageal and ovarian.

The test found only about a third of cancers at the very earliest stage but as many as 84% that had started to spread but not widely.

It also suggested where the cancer may be in 94% of cases and was right about that 90% of the time.

That’s the most encouraging part because you don’t want to tell people they may have cancer and then need to do a lot of other tests to figure out where, said Dr. Richard Schilsky, chief medical officer of the oncology society.

“They still have a long way to go” to prove the test’s worth as a screening tool, but these results are encouraging, he said.

“I have little doubt that in the next several years we’re going to have what is probably a true early detection test” but the technology still needs to improve and to be tried in large groups of people without known cancers where the detection rate may not be as good, he said.

The biggest question, he said, is “will it make a difference in outcomes” such as whether it helps people live longer, the ultimate measure of a screening test's worth.

Grail’s test has not been compared to mammography, colonoscopy or other screening tools and is not intended to replace them, said the company’s chief scientific officer, Dr. Alex Aravanis. Many deadly cancers that the Grail test detected have no screening tests now, he noted.

It’s not clear what evidence the U.S. Food and Drug Administration would require to consider for approval. Sometimes tests can be sold through looser lab accreditation pathways rather than by seeking FDA approval.

“We’re not going to diagnose every cancer,” but may not need to because so many are not found now until it’s too late for effective treatment, said Dr. Minetta Liu, a Mayo Clinic cancer specialist who is presenting Grail’s results at the cancer conference.