The campaign for Chicago mayor is over, but one of the former candidates is facing new questions surrounding her campaign expenditures.

Amara Enyia finished sixth out of 14 candidates in the February mayoral election, and she famously received big donations from superstars Kanye West and Chance the Rapper. But new information she recently filed with the State Board of Elections has officials looking into exactly how that money is accounted for.

West came to the rescue when Enyia’s campaign stumbled out of the gate. He paid off $73,000 in fines Enyia racked up in her 2015 bid for Chicago mayor.

Throughout the campaign, Enyia billed herself as a young, progressive break from the status quo – someone from the West Side who would focus on neighborhood development. But stories of workplace and financial problems, and failure to pay taxes dogged her campaign.

Still, she attracted the attention and money of West and fellow superstar Chance the Rapper. The two collectively put in $600,000 for her run. But campaign statements filed this week raise new questions about how that money was recorded. According to the elections boad, roughly 70 payments to different campaign workers were listed as being sent to the same address: an apartment near Littly Italy.

It’s an apartment Enyia lived in until at least 2014, and is currently the home of her sister. The election board says it is in contact with the campaign about the mistakes, and calls them unusual.

“Each of those employees of the campaign who are listed as receiving expenditures for payroll should have had their own addresses on there, instead of the one that looks like a placeholder,” said elections board spokesman Matt Dietrich.

Enyia says her campaign recorded that address as a placeholder, so that it could get meet a deadline for filing its paperwork.

“Our priority was making sure we got the campaign reports in on time, and then we can of course update the information with the addresses in an amendment,” Enyia told WTTW News.

There are also tens of thousands of dollars paid to companies called Jones Consulting, Rev Eng LLC and Siagi Road LLC – all listed at the same address – 2008 S. Wabash Ave. That address is the home of Grant’s Financial Services – run by the Enyia campaign’s treasurer Deanna Grant. Grant could not be reached for comment, but an assistant at the firm said no companies named Jones Consulting, Rev Eng or Siagi Road operated there. In fact, the Secretary of State shows no active business called Jones Consulting in Illinois. Enya says her campaign will explain those errors in an amendment filed later to the State Board of Elections.

“We’re working directly with the state on this, and in the same way we’re updating the information for the other addresses, we’ll update this information,” Enyia said.

The elections board says the campaign does not face any fines … yet.

“If the (Enyia) committee is living up to the spirit of transparency, we tend to let them correct it before we start administering any fines on it,” Dietrich said.

Several former campaign staffers we spoke with say they were never paid by the campaign. That includes Enyia’s former communications director, who is now suing the campaign for $24,000. Enyia denies owing the money, saying that the staffer was a volunteer.

WTTW News analyzed D-2 campaign forms from other mayoral candidates, including Toni Preckwinkle, Lori Lightfoot, Garry McCarthy and Gery Chico, and found that campaign checks cut to campaign workers were always listed as being sent to the worker’s address, not a single address, as happened with the Enyia campaign. 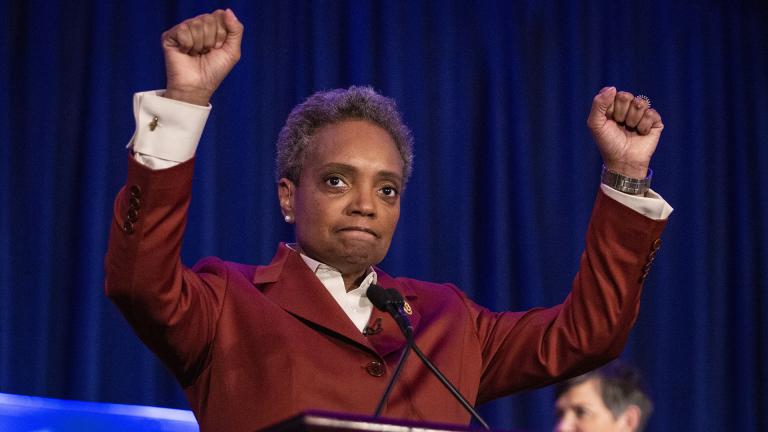