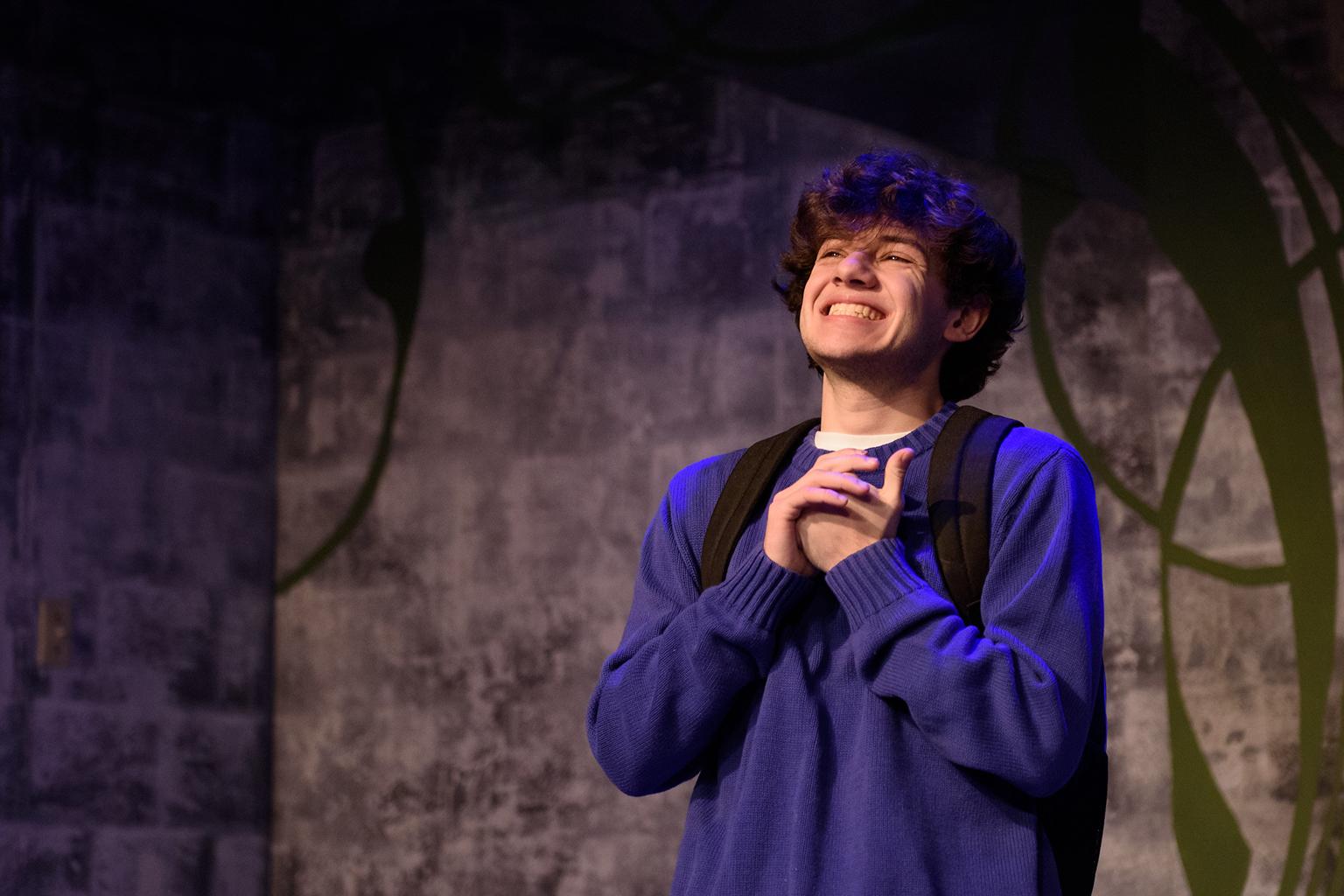 “Not everyone can write a play,” said Ilesa Duncan, the producing director of Pegasus Theatre Chicago, as she handed out awards to the three winners, seven finalists and 10 honorable mention recipients at Sunday’s opening performance of the 32nd annual Young Playwrights Festival.

Duncan might have added that high school students bold enough to try their hand at this challenging art form have the advantage of being able to tap into the raw emotion of youth in a uniquely fearless way, and such soul-baring has been a hallmark of the plays created in this citywide program from its very beginning. In addition to their $500 prizes, the top three winners in the festival receive the most valuable reward of all: the chance to see their one-act plays fully produced by experienced directors, and performed by professional actors.

Opening the program, which this year just happens to feature the work of three female writers, is “A Green Light,” a work by Alexis Gaw (a student at Lane Tech College Prep) and directed by Joan Mazzonelli.

Gaw’s play homes in on a troubling moment in the relationship between longtime friends Patrick (the sweetly boyish Sam Godinez) and Bea (Marianna Gallegos) at the moment when plans are underway for a high school prom. 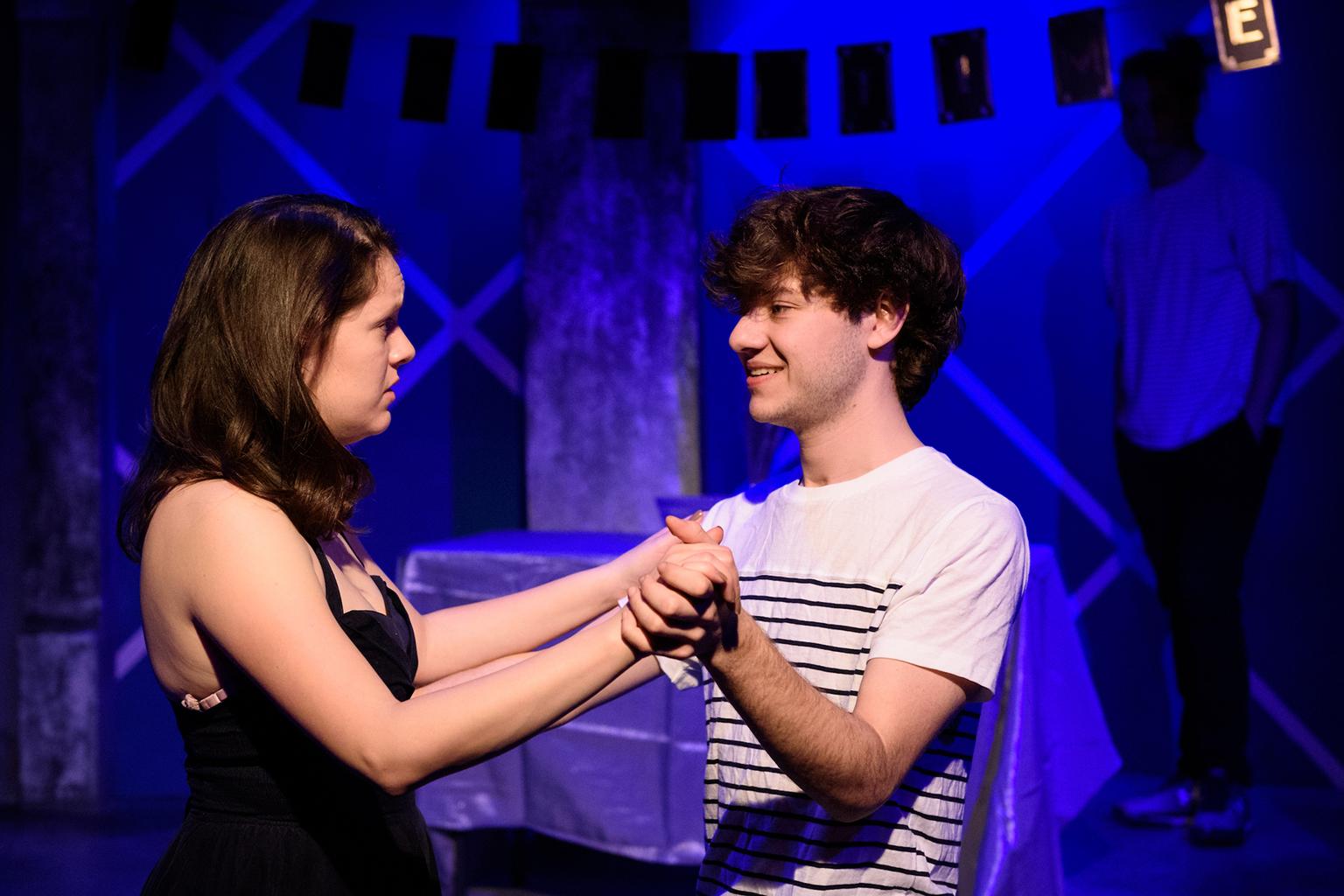 When Patrick finally gets up the nerve to confide to Bea that he is gay, her reaction (which takes the form of preferring not to know) suggests a certain level of homophobia that hurts and surprises him. He seeks advice from Tor (Grace Bolander), a confident lesbian who is part of an online support group. Patrick gradually gathers the courage to ask Nick (the winningly understated Juan Mares Castillo), the guy he has had an unexpressed crush on, to be his date even though he’s not sure if Nick is gay. Along the way, Bea begins to come to terms with her friend’s revelation, realizing that his personal life should be just as validated as her own.

For sheer emotional heat there is “Fragile Limbs,” a work by Anonda Tyler (a student at Kenwood Academy) that is powerfully written, fiercely acted and strongly directed by Juan Ramirez.

At the center of Tyler’s play - with its bursts of poetic language about the quest for love that are reminiscent of no less than Tennessee Williams - is two teens facing deep emotional crises who find solace in each other.

Hope (in a searing portrayal by Jamia Taylor) suffers from physical abuse and brutal psychological berating by her monstrously cruel mother (a fearsome Kameron Villavicencio), who takes out her own unhappiness at being dumped by her husband on her daughter. Telling Hope she is a fat, lazy, stupid failure who will never amount to anything (She is none of those things.), she has robbed the girl of all hope and driven her close to the brink of suicide. 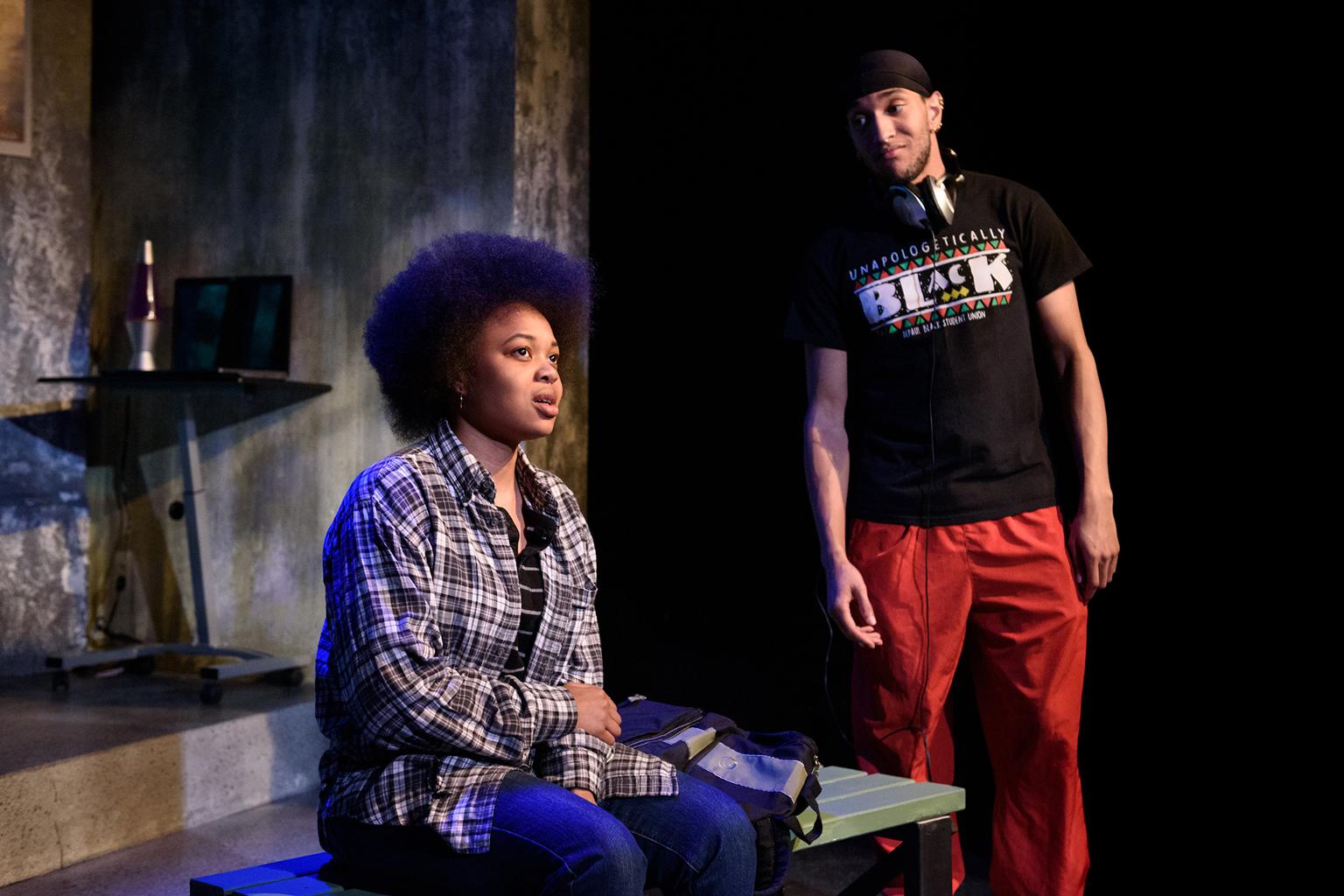 Faith (the graceful and playfully charming Vincent Banks), experiences deep despair due to the violence that resulted in the murders of a beloved friend, uncle and cousin. Luckily, however, Faith, an aspiring songwriter, has a strong, loving mother (the skillful Bolander), who supports him and pushes him in all the right directions.

While Hope is initially bluntly dismissive and wary of Faith’s compliments and attention in their “meet cute,” he begins to win her over. Yet before accepting a first kiss, she demands that he join her in a ritual that should rid them of the spirit of doom and self-destruction that haunts them both. That catharsis takes place under the watchful eye of Fragile Boy (deftly played by Elaine C. Bell), a hauntingly troubled spirit cloaked in a black hoodie.

As for the adults, it is enough to say that Hope’s wicked witch-like mother gets just what she deserves by way of Faith’s no-nonsense mom, and this paved the way for a happy ending to Tyler’s very dark contemporary fairy tale.

MacWilliams has set her story in a Wicker Park cafe that was established 30 years earlier by a Latino couple that is now being run by their grown children: Ernesto (Castillo), an overstretched husband, father and teacher; and his younger sister, Violeta (Villavicencio), an over-taxed college student and aspiring writer. 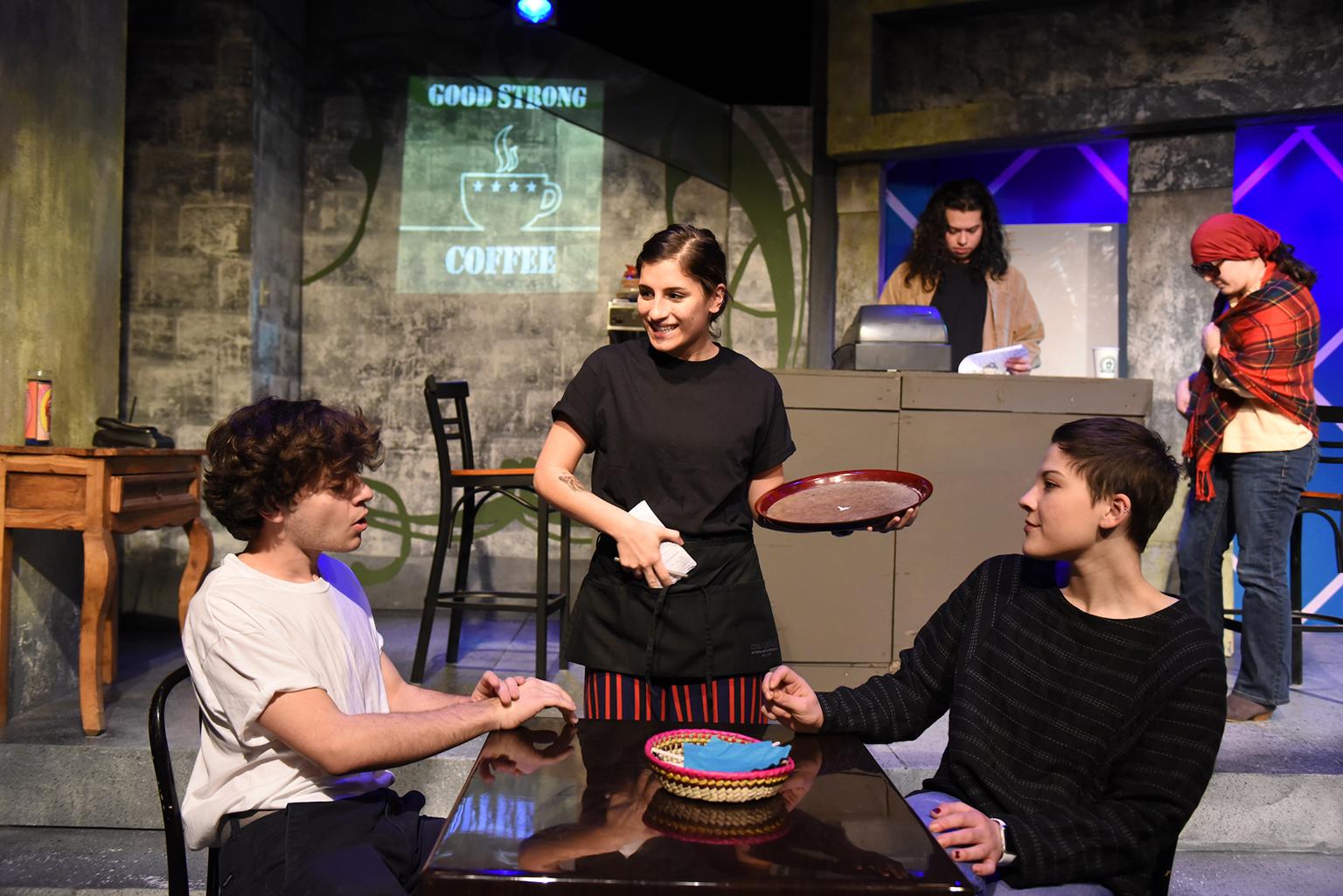 The siblings, who are keeping the place alive primarily as a way of honoring their parents’ years of hard work, are forever squabbling over the extra time and labor involved, even though Luz (a wonderful turn by Bell), the Caribbean woman who once served as their babysitter and now works as their barista, really oversees things. And it is Luz who knows best how to deal with the often cranky or snobby young customers who embody the gentrification of the neighborhood, as well as with Rafael (the comic Banks), an irresponsible new hire who needs some coaching in the work ethic department and gets a second chance courtesy of Ernesto.

MacWilliams has a sharp eye and ear for the “types” who stop in for their macchiatos and other drinks, from privileged millennials to down-and-outs both young and old. And she skillfully captures the mix of love and tension that drives the siblings’ relationship.

All three plays are supported by the design team of Nicolas Schwartz (sets), Josh Wroblewski (lights and projections) and Owe Engobor (costumes).

Congratulations are in order to all the participating young playwrights (the festival’s yearlong, three-round competition involved the vetting of 500 scripts), and to the many classroom teachers who guided their students including Julie Allen, Nina Williams and Elizabeth Danesh, who helped mentor the three winners.