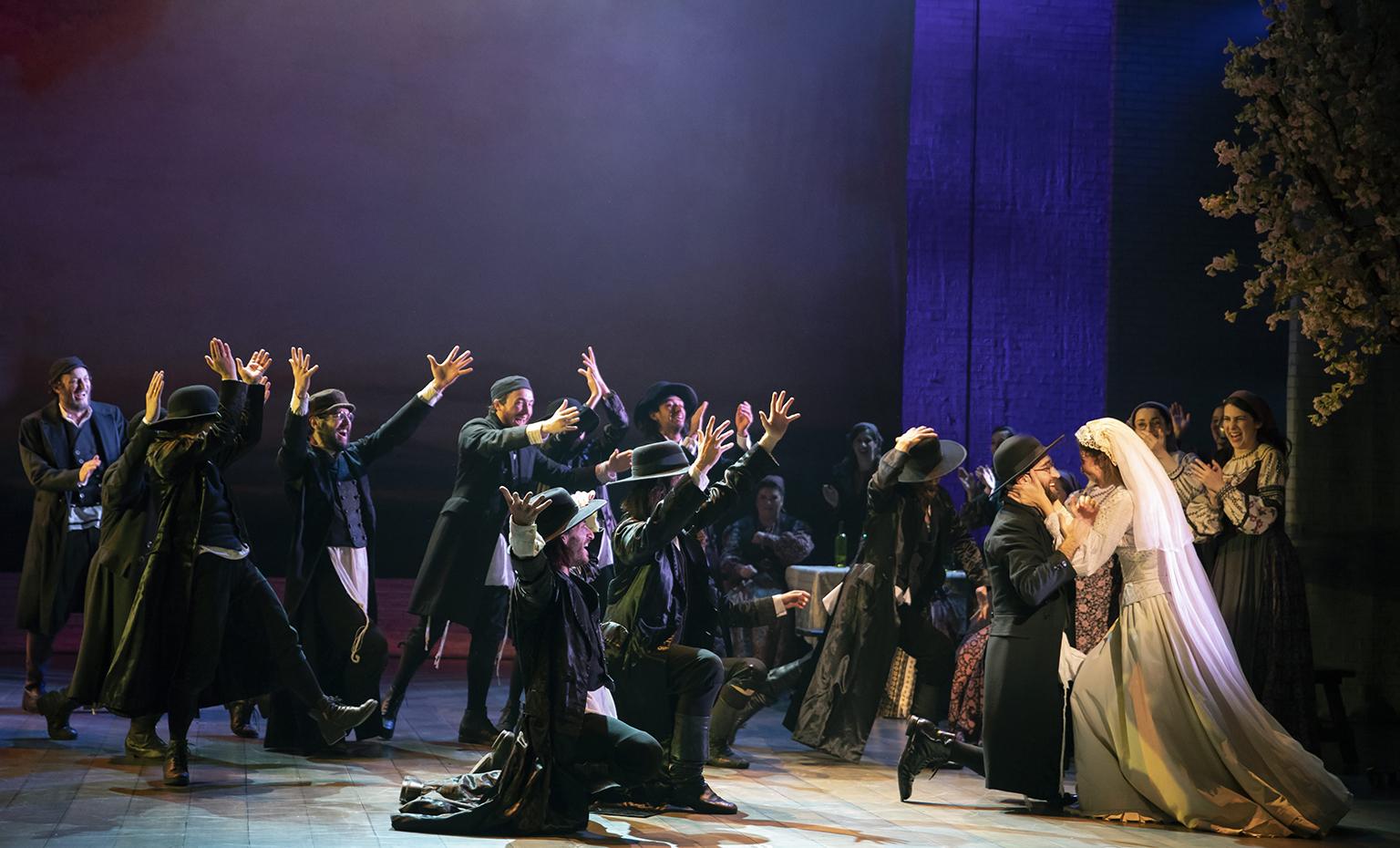 Tradition. Change. And an intense, ironic, one-way conversation with God.

Family (and its painful dissolution), community (and its destruction), and political upheaval. Deeply rooted anti-Semitism, forced emigration and the loss of home.

The eternal themes that drive “Fiddler on the Roof,” the musical based on the stories of the great Yiddish writer Sholem Aleichem, made it an instant classic when it first arrived on Broadway in 1964. So did its richly evocative score by composer Jerry Bock and lyricist Sheldon Harnick that drew on Hasidic music, its deftly tuned book by Joseph Stein, the stunning direction and choreography of theatrical genius Jerome Robbins, and the larger-than-life tragicomic performance of Zero Mostel as the original Tevye, the Jewish dairyman from a shtetl in Russia - a man who can barely support his wife and five daughters, all of whom need to be married, but have precious little in the form of a dowry.

And of course if all that were not enough “tsuris” for one beleaguered man, there is the matter of pogroms - the brutal acts of anti-Jewish violence, desecration and eviction perpetrated by order of the Russian government from the 19th century on into the early years of the 20th century. These attacks often sent the entire population of a town’s Jewish inhabitants fleeing for their lives. And this is what happens in 1905, in Anatevka, the place that Tevye and his family have long called home.

I confess my heart sank a bit from the moment the new national touring production of “Fiddler” arrived on the stage of the Cadillac Palace Theatre. Instead of the iconic image of Marc Chagall’s fiddler perches on the roof of a wooden house we now find a contemporary fellow in an orange hoodie holding a book, as if to say welcome to the world of a story from the past. It instantly destroys the show’s magic, and suggests that director Bartlett Sher didn’t quite trust the musical, or the audience, to feel its relevance. A totally unnecessary and distracting conceit. 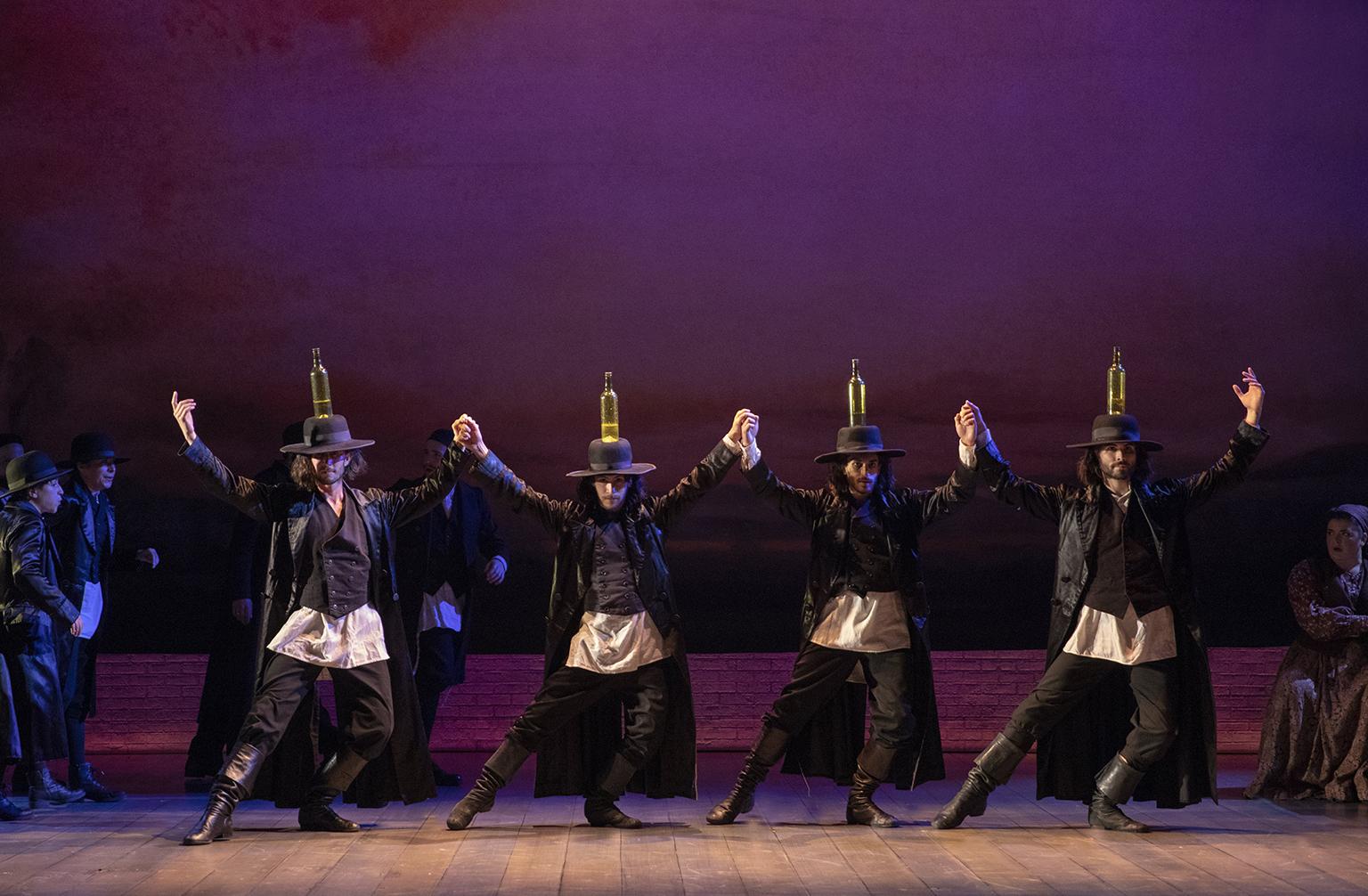 The guy in the hoodie becomes Tevye, who is played by Yehezekel Lazarov, an Israeli actor-dancer who, despite his beard, looks a bit younger than most of the actors who have taken on the role. Lazarov has his moments, but he never fully makes that crucial emotional connection with the audience so essential to carrying you through the story. Lazarov underplays things at one moment and overdoes things (almost to the point of parody) at others, as in the iconic song, “If I Were a Rich Man.” And his words often sound garbled (as do those of several others in the show), as the result of some very uneven sound balancing.

Maite Uzal, who plays Golde, Tevye’s cranky but devoted wife, can be heard loudly and clearly but strikes a single shrewish note that lacks all nuance. The same is true of Carol Beaugard who plays Yente, the town’s tireless, hustling matchmaker.

As it happens, Tevye’s three oldest daughters are the great agents of change, rejecting the traditional notion that their father will determine their choice of husband. In many ways this breaks his spirit - something that never fully registers with the necessary gravitas here. To start there is Tzeitel (Mel Weyn), who marries Motel, the poor tailor she has loved since childhood. (Motel is played by Jesse Weil, who gives the show’s strongest performance, and brings exceptional verve to the transformational song, “Miracle of Miracles.”) There is Hodel (Ruthy Froch), who falls for Perchik (a fine portrayal by Ryne Nardecchia), the radical student from Kiev who liberates her thinking. And there is the bookish Chava (a lovely turn by Natalie Powers), who does the unthinkable and secretly marries Fyedka (Joshua Logan Alexander), a local gentile - an act that all but destroys Tevye.

By far the most exhilarating scenes in the show are those that feature the wild, ecstatic dancing of the Orthodox Jewish men in their black hats and coats, with the Israeli-bred choreographer Hofesh Shechter drawing heavily on Robbins’ original work, including the virtuosic bottle dance. 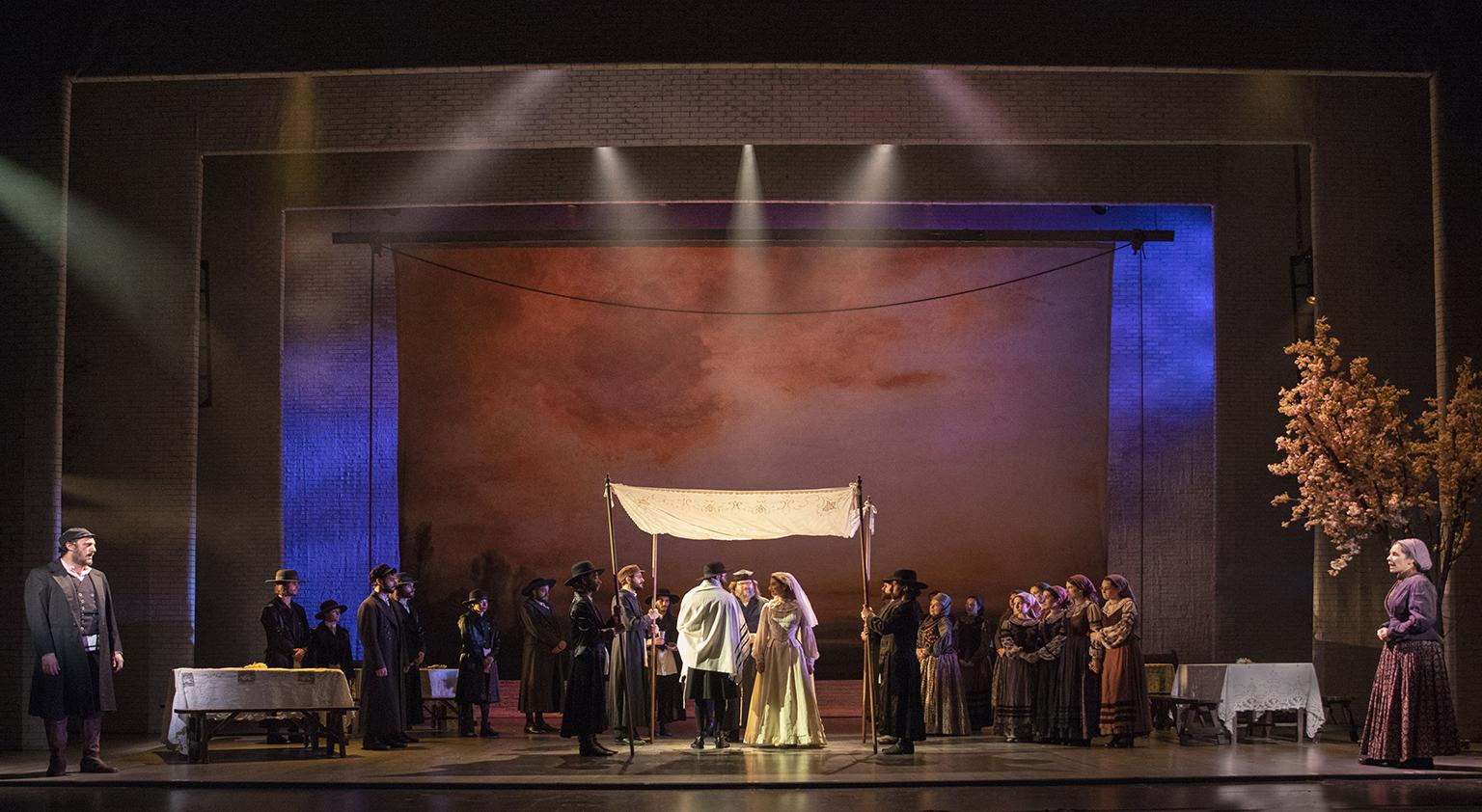 Of course there is the irresistible Bock and Harnick score that captures the humor and pain of Aleichem’s quasi-autobiographical story. Michael Yeargan’s sets are evocative of the time and place even if they move somewhat stiffly. And the final silhouetted image of the shtetl inhabitants carrying whatever they can as the leave their beloved Anatevka speaks volumes about the pain of immigration.

Although the mention of where the characters are heading is rushed over, it is worth noting that while Tevye, Golde and their two youngest daughters head to America, and Golde heads for the Holy Land, both Tzeitel and Chava move to Poland with their husbands, and you can only imagine their fates when, 35 years later, the Holocaust is underway.

While I’ve lost count of how many productions of “Fiddler on the Roof” I’ve seen over the years, invariably I’ve left the theater in tears. Sadly, that was not the case this time, even as events in the real world suggest that Aleichem’s story still rings true, far from Anatevka (including a crazy outburst in the Baltimore theater where this tour made a stop last month).