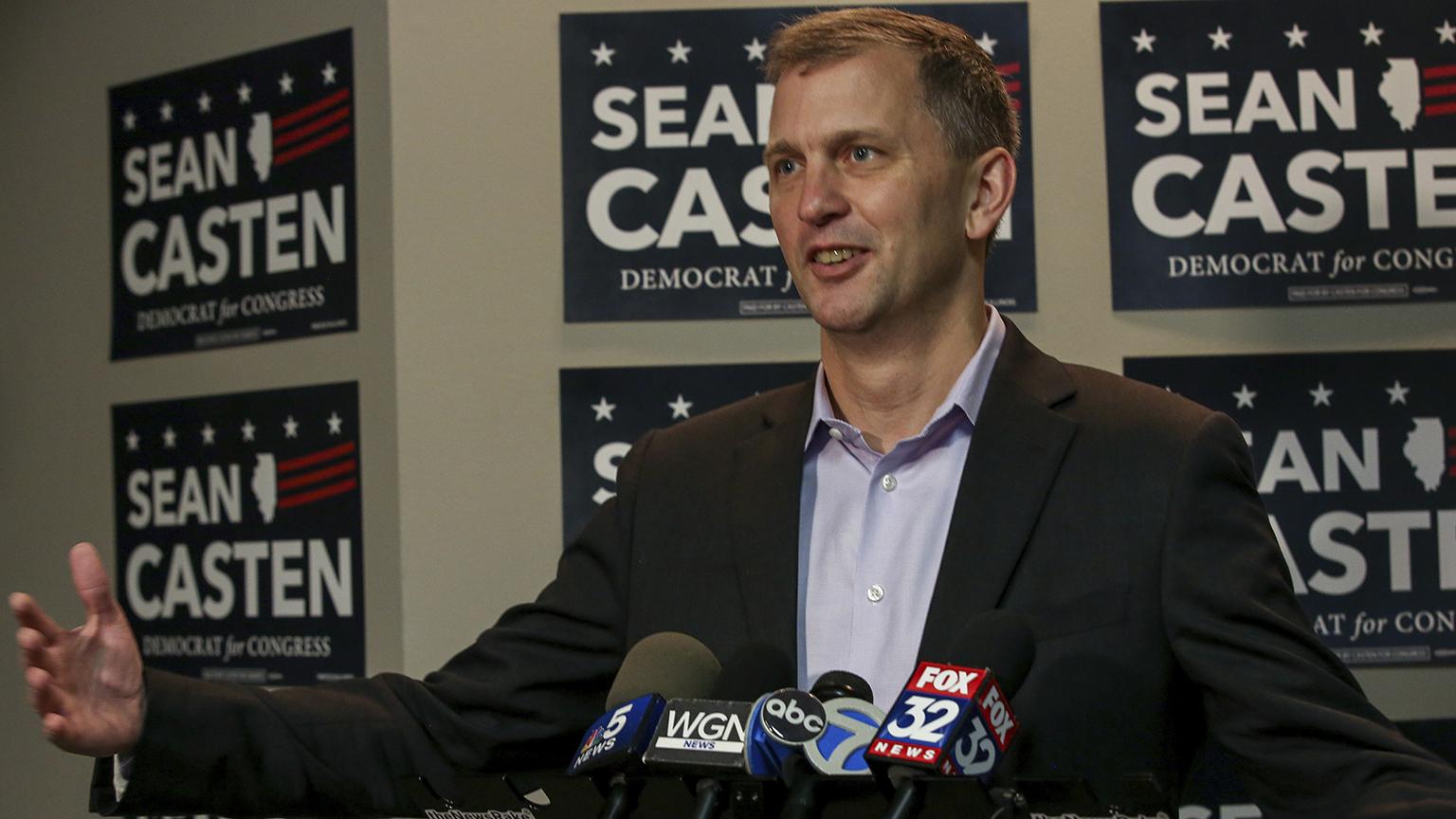 Sean Casten takes questions at a press conference Wednesday, Nov. 7, 2018 about his win in the election. (Bev Horne / Daily Herald via AP)

ST. CHARLES, Ill. (AP) — Democrats did what was once unthinkable when they flipped two suburban Chicago congressional districts that had been held by Republicans pretty much since World War II.

It was territory that produced GOP stalwarts such as Henry Hyde and Dennis Hastert and where, until Tuesday, incumbents had regularly won re-election by 20 percentage points or more. But the Democratic successes didn't extend south to the farms and small towns of central and southern Illinois, where GOP congressmen held on to two other seats Democrats had targeted, including one in a blue-collar district that was reliably Democratic until just a few years ago.

The same pattern emerged across the U.S.: Democrats captured control of the House by winning in suburban areas such as northern Virginia and communities outside Los Angeles, Detroit and Minneapolis. Republicans fared better in the country's smaller towns and rural areas.

The depth of the divide emerged during 2016, when President Donald Trump was elected. It's clear he was also the driving factor this year.

“Nationally, I want a check on Trump,” said Nick Molino, a 33-year-old engineer who voted in his hometown of Wheaton, Illinois, west of Chicago. The new dad considers himself an independent and chose a mix of Democrats and Republicans on his ballot. He was sure to vote for Democrat Sean Casten, a former clean energy entrepreneur and first-time candidate, over six-term Republican Rep. Peter Roskam.

Casten defeated Roskam by more than 5 percentage points in an affluent district west and northwest of Chicago that was high on Democrats’ list of targets since voters there backed Hillary Clinton over Trump in 2016.

Nationally, urban and suburban voters preferred Democratic over Republican candidates, while voters in small towns and rural places favored Republicans, based on results from AP VoteCast, a nationwide survey of more than 115,000 voters and 20,000 nonvoters conducted for The Associated Press by NORC at the University of Chicago.

Trump loomed large. Six in 10 Illinois voters considered him a factor in their choices, like voters nationally. About 4 in 10 voted to express opposition to the president, compared with about 2 in 10 who said it was to support Trump. Another 4 in 10 said Trump was not a factor, the survey found.

About a third of small town and rural Illinois voters said they voted to support Trump, compared with about a quarter who voted against him. Another 44 percent said Trump was not a factor. More voters in urban and suburban areas voted in opposition to the president than in support of him. 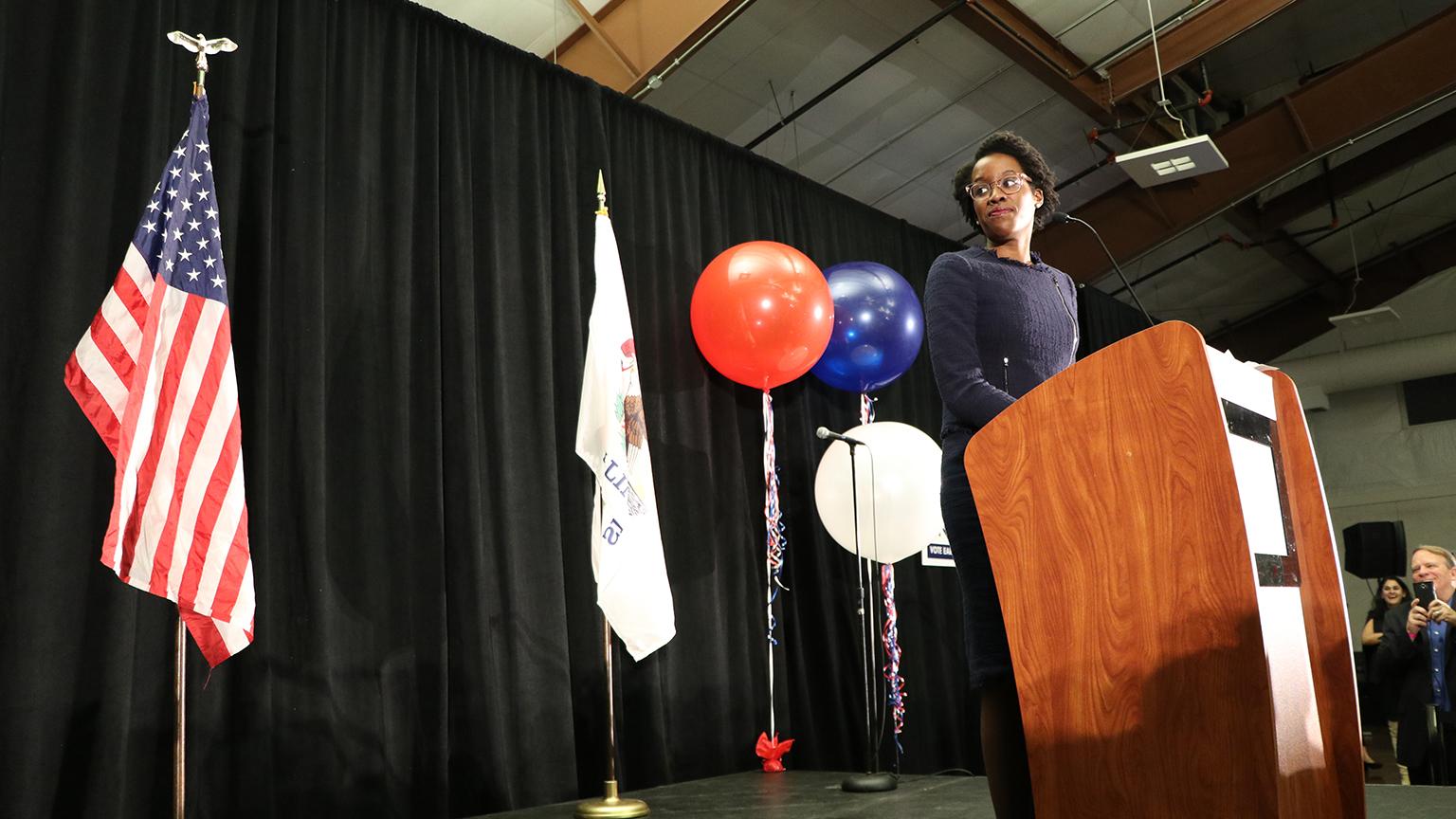 While Trump didn't campaign in the Chicago area, he was more engaged in holding off Democratic challenges in the two other Illinois districts, where voters favored him by larger numbers in 2016 and Republican Reps. Mike Bost and Rodney Davis won re-election on Tuesday.

Trump campaigned with Bost in far southern Illinois just days before the election, holding a rally at a small airport in Bost's hometown. He also was in the district in August to tout his trade policies at a steel mill.

Bost defeated Democratic prosecutor Brendan Kelly by more than 6 percentage points, but that margin of victory was about half of what he achieved in his last two elections, a sign that gives Democrats hope for 2020. Davis' race, in a central Illinois district that includes two major universities, was even tighter. He topped Democrat Betsy Dirksen Londrigan by just 1 point.

Back in the Chicago area, in a district neighboring Roskam's that includes rural spots along with suburbs, Democrat Lauren Underwood unseated four-term Rep. Randy Hultgren. The 32-year-old nurse, who's African-American, became the first woman and first minority to hold the seat that once belonged to Hastert, the longtime GOP House speaker who was later convicted in a hush-money case that revealed he had sexually abused high school students.

The district was redrawn after the 2010 census to make it an even safer Republican seat. That made Underwood's victory even more “unbelievable,” said former Illinois Republican Party Chairman Pat Brady, who opposed Trump's presidential bid and has been a vocal critic.

“That's never a district a Republican should lose,” said Brady, who knocked on doors for both Roskam and Hultgren and said he heard from countless voters who dislike Trump. “That's squarely on the president.”

Underwood, who worked in President Barack Obama's administration helping to implement the Affordable Care Act, focused heavily on health care and ensuring coverage of pre-existing conditions — an issue she stressed was important to voters of all political backgrounds. She spoke often of her own heart condition, which she manages through medication.

She said she won by spending time in every community, talking to and listening to voters who said they hadn't heard from a political candidate in years. Republicans had taken their vote for granted, while Democrats hadn't bothered to try winning them over. Trump won the district by 4 points over Clinton.

“I think that our race proves that what people have previously written off can't be written off anymore,” Underwood said.

Contributing to this report were Associated Press reporters Sara Burnett in Chicago; Hannah Fingerhut in Washington and Martha Irvine in Wheaton, Illinois. 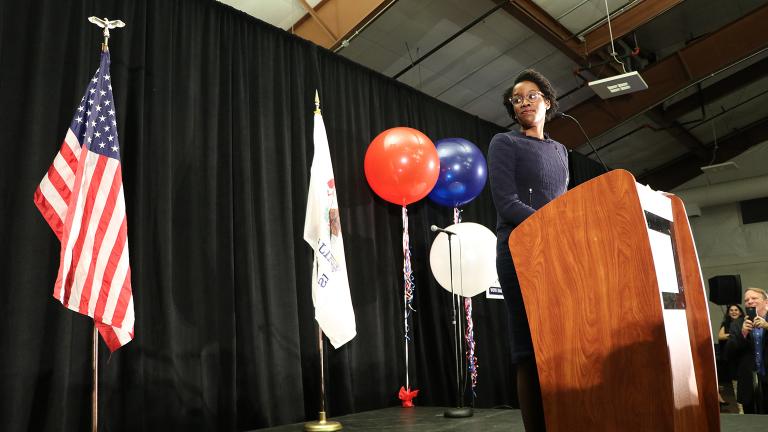