Even after a lengthy (and expensive) campaign, there’s little known about what a state budget under J.B. Pritzker’s administration may look like. But we now know who will have Pritkzer’s ear as it pertains to Illinois’ beleaguered financial situation.

Pritzker on Thursday announced his transition team will include a 17-member “budget and innovation” committee, helmed by former Illinois comptroller Dan Hynes.

“It’s going to take a group effort and it’s going to take creative thinking to set the state back on the correct financial path,” Hynes said at a press conference Thursday in Springfield. “Just making sure that we are honest and accurate about our revenue assessments and other factors that come into play.”

Also on the budget committee:

Illinois’ current budget carries the state through June, so Pritkzer has time. But he’ll have to present his vision for Illinois’ fiscal year 2020 budget in February.

Already, there are projections that the FY ‘19 budget may be $1 billion short.

“There’s only one governor at a time and we need to make sure that … this governor is able to serve out his term properly,” Pritzker said Thursday. “But I have opinions and I’ll be expressing some of those over the course of transition. Suffice to say that we must address the shortfall that is likely going to occur in the FY19 budget.”

Among the potential shortfalls: This year’s budget relies on the state selling the James R. Thompson Center – the Helmut Jahn-designed building that serves as state government headquarters in Chicago – but little movement has been made so far.

“I think we’ve got to look at whether owning the piece of property or renting another is most efficacious for what we need in the city of Chicago for state government,” Pritzker said.

Other challenges include the delayed rollout of a pension buyback plan, as well as looming contract negotiations with the state government’s largest public employees’ union, AFSCME. The union’s last contract expired in July 2015.

Rauner and AFSCME never reached an agreement on a new contract (in late October, a state appellate court ruled that the Illinois Labor Relations Board erred in declaring negotiations to have formally reached an impasse), meaning that it will be left to Pritkzer to negotiate. It’s a near certainty that any future contract will cost the state more money.

Rauner wanted state employees to have to work 40 hours before they could get paid overtime and demanded union members pay more for their health care.

Pritzker was endorsed by labor groups, including the Illinois chapter of the American Federation of Labor and Congress of Industrial Organizations.

“It’s very hard to create jobs,” he said. “And we need to make it a little easier for [companies]. We need to stoke the fires of entrepreneurship. We need to attract companies to the state of Illinois.”

There was no mention on Thursday, nor is there any mention on Pritzker’s campaign website, of curbing business’ workers’ compensation costs, a top item on Rauner’s and manufacturers’ wish lists for enticing businesses to Illinois.

Pritkzer – a Democrat who spent $171 million on his way to winning Tuesday’s contest against Republican Gov. Bruce Rauner by roughly 15 percentage points – campaigned on raising new revenue by legalizing marijuana and expanding gambling, though he did not outline any specific plan for gaming and said he does not favor a Chicago casino.

As has been the case previously, despite promising lower taxes to those in the middle class and “striving to get there,” Pritkzer would not elaborate on his preferred model.

“I know that you all don’t want to accept that,” he told reporters. “But in order to get something done, we need to listen to all parties. And remember, it is a difficult process to get a constitutional amendment passed, and so that means we’ve got to incorporate the ideas of a variety of parties before we come forward and actually put something to the legislature to vote on.” 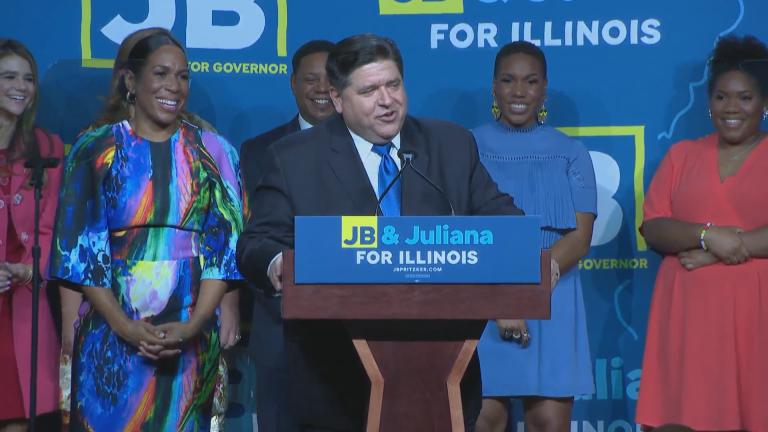