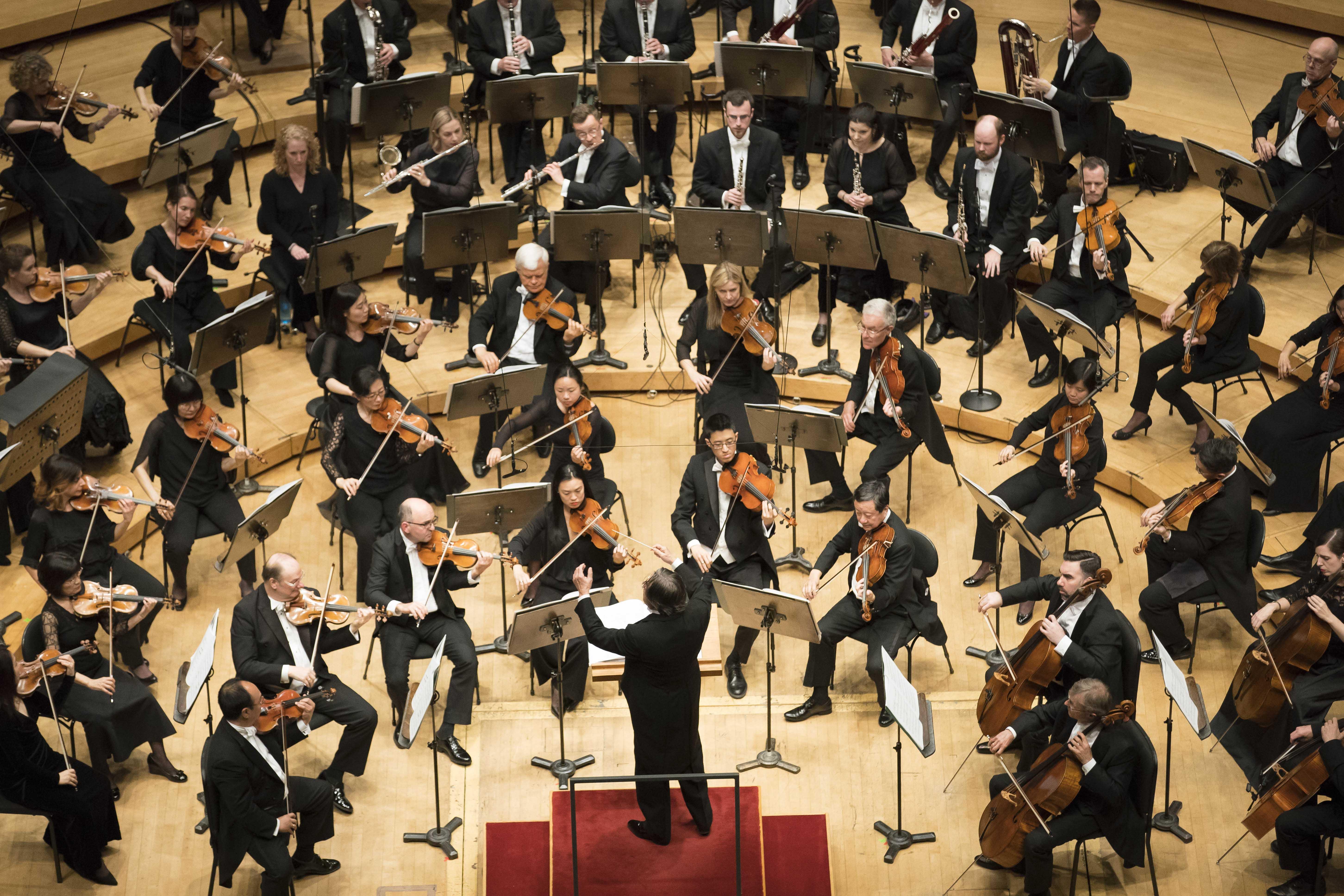 A frightening knock on the door. A place on the list of artists officially denounced by one’s government. The demoralizing choice of self-censorship or self-exile. Revolution. And a world war. Overall, an “age of anxiety.”

The lives of both Sergei Prokofiev and Dmitri Shostakovich – among the great masters of 20th century Russian music – were not immune to any of those things. And as the major works by these composers now being performed by the Chicago Symphony Orchestra suggest, the often stormy and repressive nature of life in the Soviet Union clearly infused their music.

Yet at the same time it would be wrong to reduce everything about these composers’ art to the influence of politics. The sense of disquiet and foreboding that infuses their work also is palpable in that of other composers – from Mahler and Schoenberg to Ligeti and Stockhausen. Individual emotional tuning, as well as a composer’s time and place in the world, all play a role.

The central pieces on the CSO’s program this past weekend – which found Maestro Riccardo Muti in a fitting mix of tautly wired and volcanic form – were Shostakovich’s “Cello Concerto No. 2 in G Major,” dating from 1966 (with Yo-Yo Ma delivering an anguished and visibly draining performance), and Prokofiev’s 1928 “Symphony No. 3 in C Minor,” with the orchestra in its usual superb form. 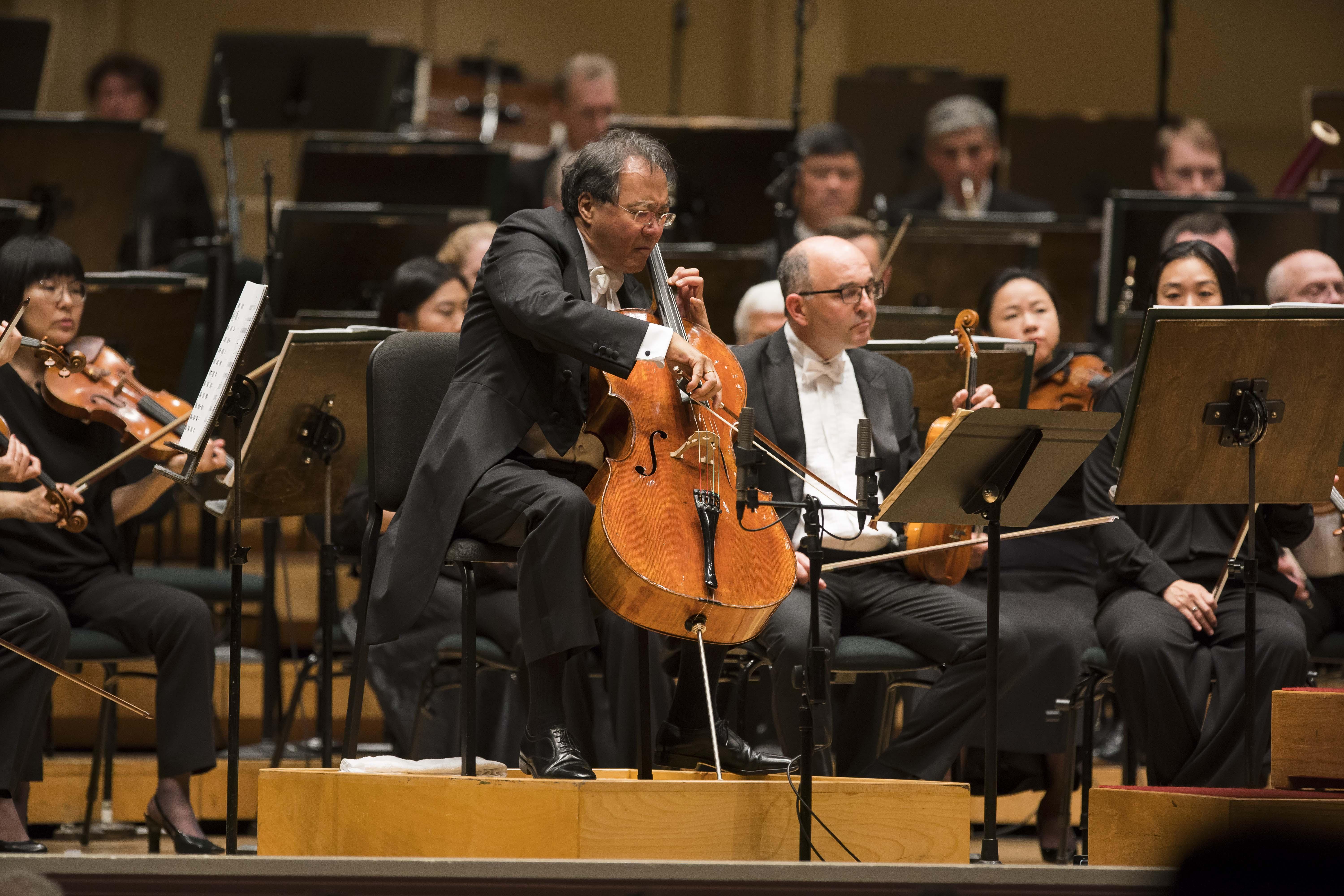 But Muti played a bit of a trick with his choice of the concert’s brief but brilliant opening work – Shostakovich’s “Festive” Overture. The six-minute piece is a rousing fanfare set at a speed-of-light pace. Fast, furious and celebratory, it was written in 1954 (barely a year after the death of both Stalin and Prokofiev, who, bizarrely enough, died on the same day), and was commissioned to celebrate the 37th anniversary of the Revolution of 1917. And from its opening sounding of horns, to its wildly singing string passages, to its booming of drums, cymbals and triangles, it gallops ahead in bravura style.

Shostakovich’s “Cello Concerto,” written for the great cellist Mstislav Rostropovich (who was a student of the composer’s decades earlier), begins with the low, solemn, dissonant tones of the soloist that will characterize much of the piece. And while the cello is soon joined by the rest of the strings, plus the flutes, bassoons, xylophone and other percussion (all in top form), it is the cello’s voice – in a sort of private agony of its own – that works as an introspective undertow throughout.

The concerto’s second movement begins with some sharp bowing, and then a jaunty melody comes into play as if the cellist is shrugging off the previous dark mood. The horns and timpani add to this feeling, although there is always a sense of something worrisome in the offing, and the strong yet astringent bowing, plus the sounding of French horns and drums, and the clapping of a woodblock, triggers an alertness and agitation.

This is a fiendishly difficult work for both the orchestra and soloist, and Ma’s intensity of attack, and his mix of stringency with a golden tone, left him visibly wiped out. Nevertheless, when it was all over he had big hugs for his fellow cellists and the other musicians, as well as for Muti. The audience clearly loves this man who just days earlier had performed in a Concert for Peace at Chicago’s St. Sabina church. 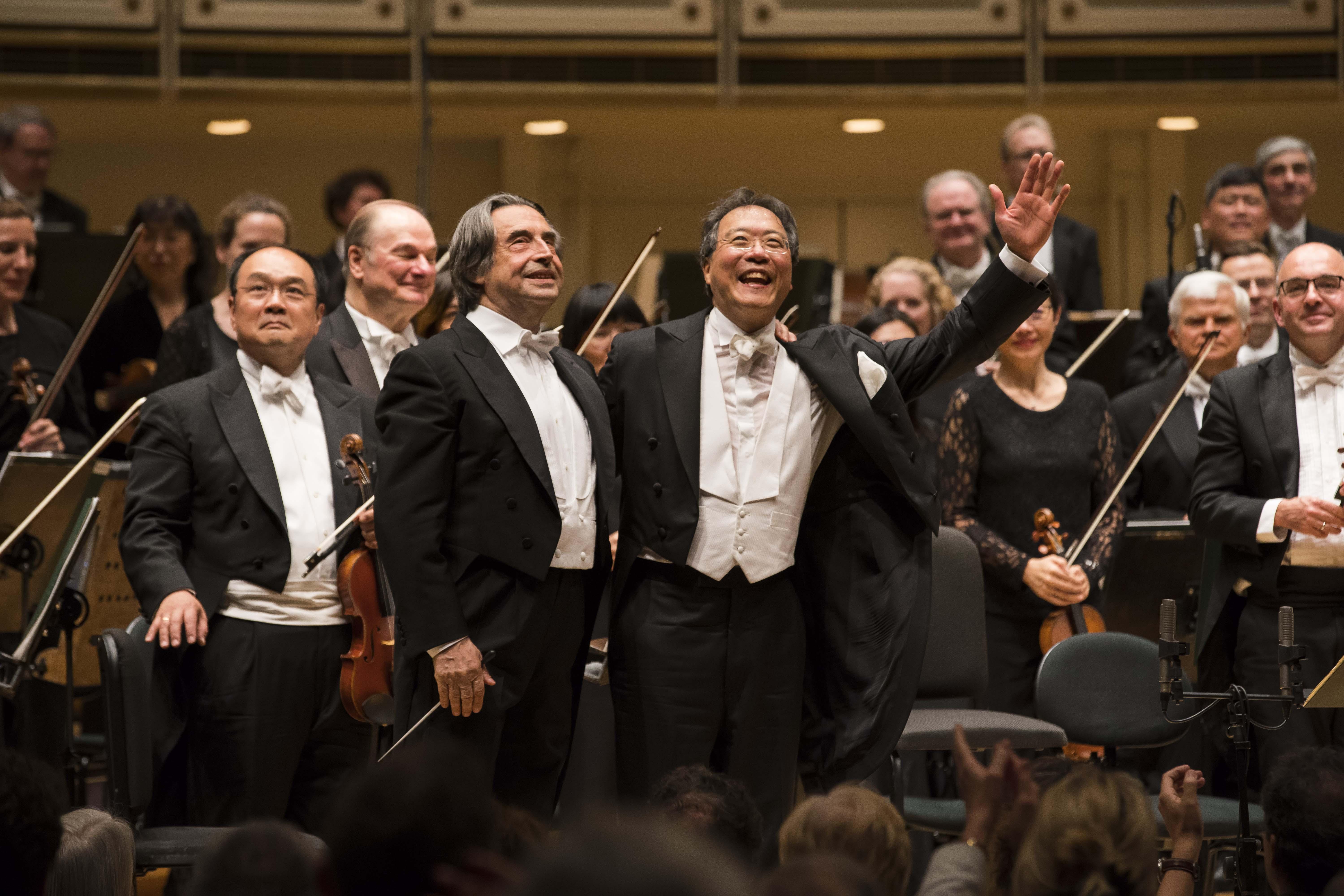 The concert’s second half was devoted to Prokofiev’s “Symphony No. 3” (with Phillip Huscher’s program notes about Chicago’s connection to the composer truly fascinating).

The piece grabs your attention from the very moment the horns erupt in a great blast of sound.

Prokofiev (who drew on music he had written for an earlier unproduced opera about love and demonic possession) was a master of spinning a grandly aching but lyrical melody one moment and then injecting a sense of menace into the air the next. In this case the alarm comes with the pounding of a bass drum and the massing of the orchestra into a great cacophony that then shifts to quiet. The low strings sing out a melody filled with both sadness and hope. But then comes a rapid-fire, frenzied section full of agitation and a sense of impending danger.

A metaphorical bang on the door. The crash of cymbals. A storm followed by calm. Another massing of sound with church bells in the distance. And then, finally, a quick burst of thunder.

Interpret it all as you will. Or simply marvel, not for the first time, at the way the CSO dives headlong into the fury of it all.