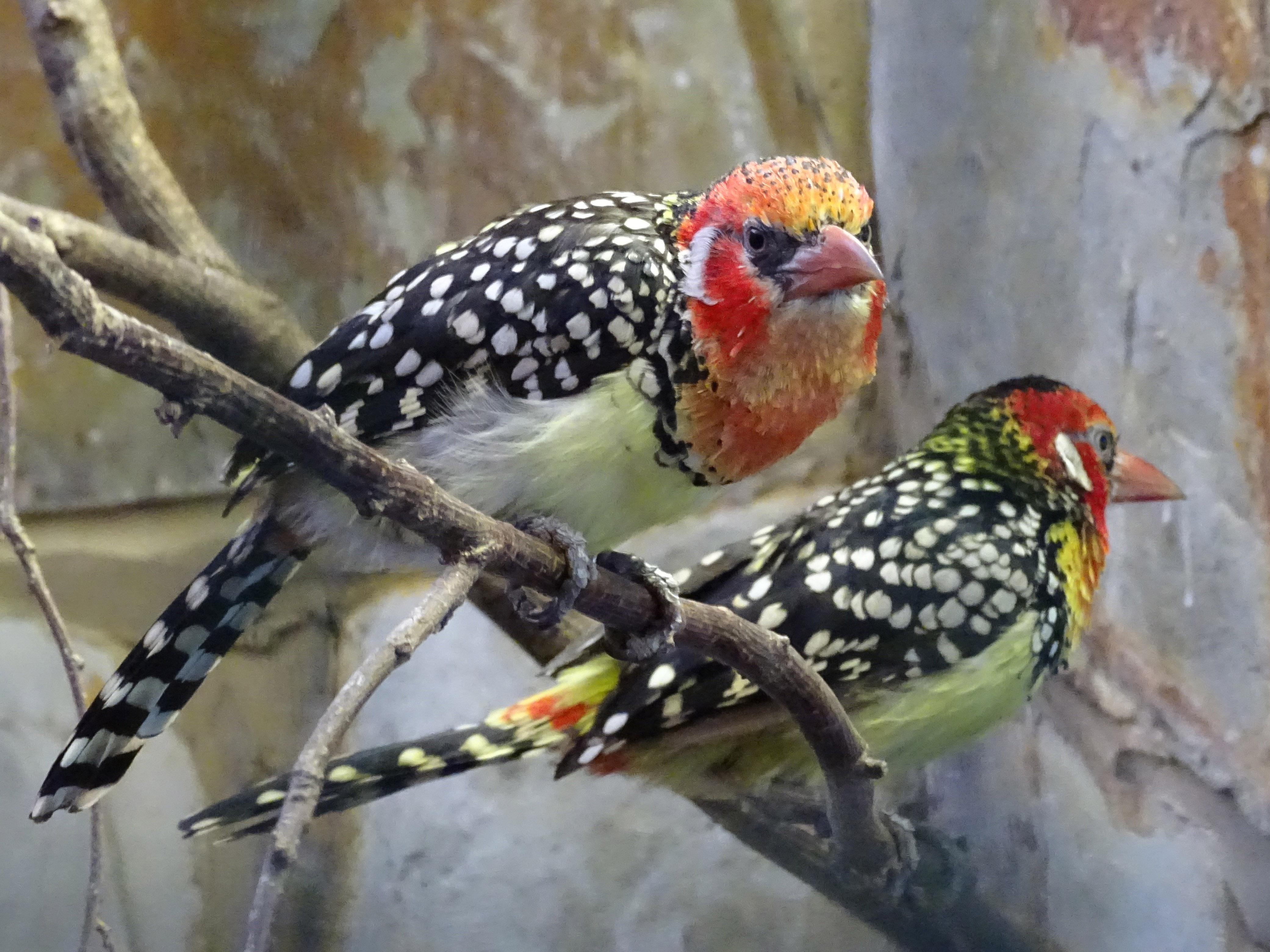 A trio of red-and-yellow barbets is making noise – lots of it – inside Lincoln Park Zoo’s Dry Thorn Forest exhibit.

The newly arrived male birds are “hatchmate” brothers from the same clutch.

“They’re very active and constantly fly back and forth,” said zookeeper Caitlinn O’Brien in a post on the zoo’s website. “They also sing to each other all the time, and the sound of their calls travels really far in the building.”

The subspecies of barbets is known for its red and yellow feathers and the white-spotted black plumage on its wings and tail. Males can also be identified by a black chin stripe.

Common in eastern and southeastern Africa, the barbets’ name derives from the barb-like bristles surrounding their reddish beaks, according to the zoo.

Compared with other barbet species, red-and-yellow barbets eat more insects and also feed on fruits and seeds. In the wild, the birds nest and roost in cavities often located near termite mounds. 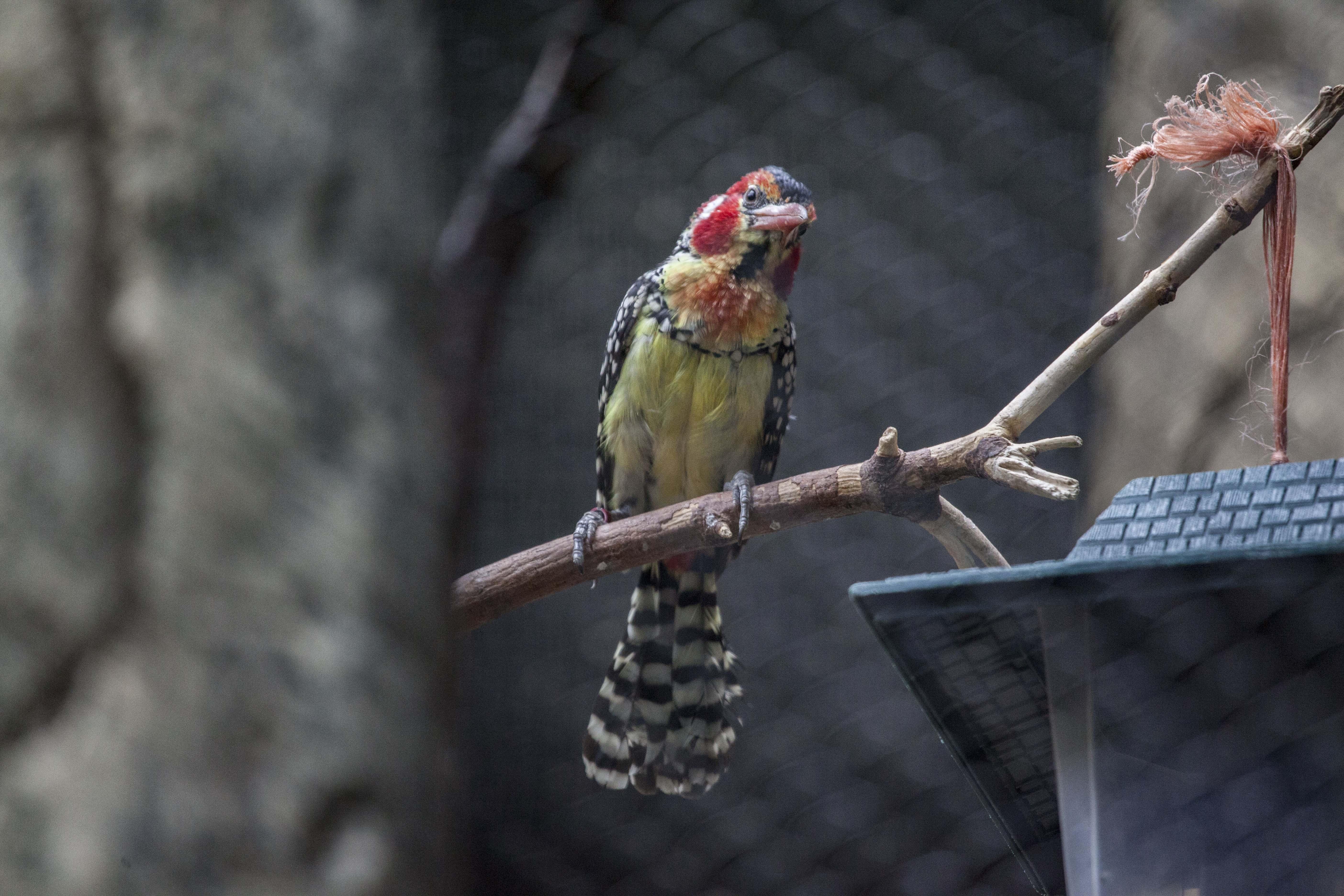 All members of a barbet family help feed and raise young chicks. Breeding pairs are known to deliver synchronized duets from treetops to defend their territory, and some listeners have said it sounds similar to “red ‘n’ yellow" repeated over and over, according to the zoo.

The birds can grow up to about nine inches long. 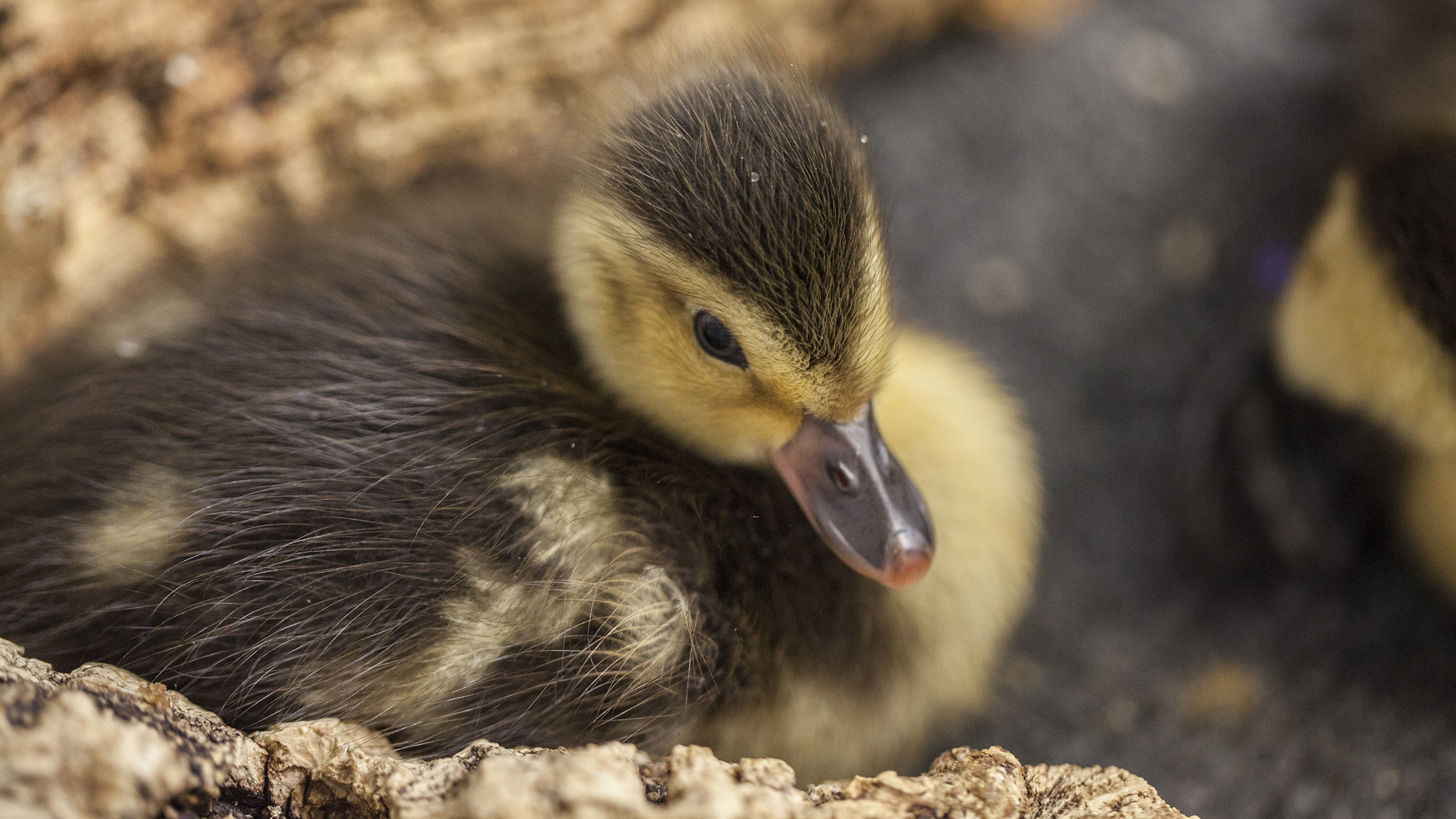 Aug. 11: The zoo’s newest residents are being hand-reared by keepers, and scientists will analyze their genetics as part of an international species survival plan. 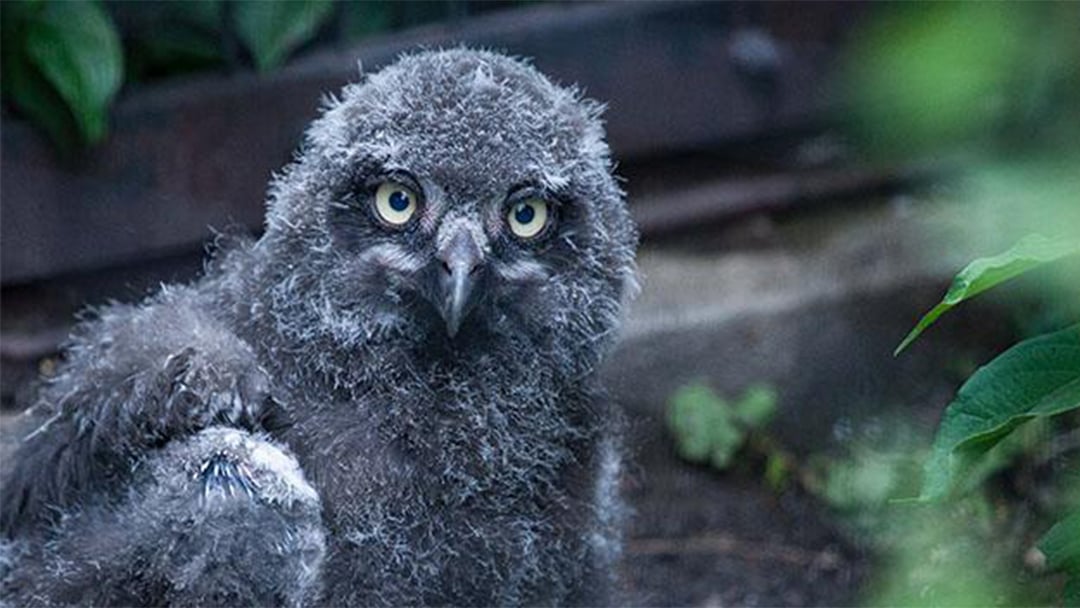