Chicago Public Schools’ newly ratified labor contract with the Chicago Teachers Union is expected to cost the district more than $9.4 billion over the life of the four-year deal.

The district released the first look at the agreement’s financial layout Wednesday morning, hours after more than 70 percent of CTU members voted in favor of the contract.

“There’s a lot at stake,” CPS CEO Forrest Claypool told reporters Wednesday. “And so we have to balance that against the fiscal situation of the district … I think it’s a contract that balances the extraordinary harm that could have been done through a strike matched up with the fiscal challenges the district faces.”

But that extension was never a realistic option, as CPS actually refused to prolong the previous deal by one additional year back in 2015.

On its face, the new contract will boost district spending by $55 million in the coming year. That amount is comprised largely of step-and-lane pay increases for teachers, but will be offset by additional Tax Incremental Financing (TIF) dollars allocated from the city.

However, spending is slated to continue increasing over the life of the deal, from $2.34 billion in fiscal year 2017 up to more than $2.4 billion by fiscal 2019, according to CPS data.

The contract also includes a two-year freeze on cost-of-living adjustments and reduces the number of health care plan offerings from five down to three, which CPS estimates will save it tens of millions of dollars.

The district budget is also contingent on $215 million in pension relief funding coming from Springfield. CPS has not yet received that money, but Claypool reiterated his belief Gov. Bruce Rauner and the state Legislature will stick to their word.

“I think everyone understands how critical it is that the state, for the first time, does recognize that it does have an obligation to at least partially, partially, pay for pension costs in Chicago,” he said, “when they pay for 100 percent of teacher pension costs in every other school districts in the state of Illinois, which is one of the things that has driven this fiscal crisis.”

Claypool also noted a charter school cap included in the deal will actually allow for charter growth between now and 2019.

A side letter included in the contract language states there will be a “net zero” increase in the number of charters added over the life of the contract, and the total number of students enrolled by the end of school year 2018-19 will not surpass 101 percent of total student enrollment from school year 2015-16.

“What you need to understand, there’s a word that been used, ‘moratorium’ … there is not a charter moratorium,” Claypool said. “It means between now and the end of the contract in 2019, the district will not add schools or seats above the cap.

“Right now we have nine schools and like 14,000 students under that cap, so there’s plenty of room for high-quality charter operators to apply and to go through our process. There is not a moratorium, there’s a cap, and there’s room under the cap for quality operators.”

According to 20th-day enrollment numbers, the district currently has more than 55,000 students enrolled in K-12 charter schools. CTU President Karen Lewis said Wednesday she didn't like that CPS can still add charter students up to that cap, but admitted those schools "aren't going anywhere." 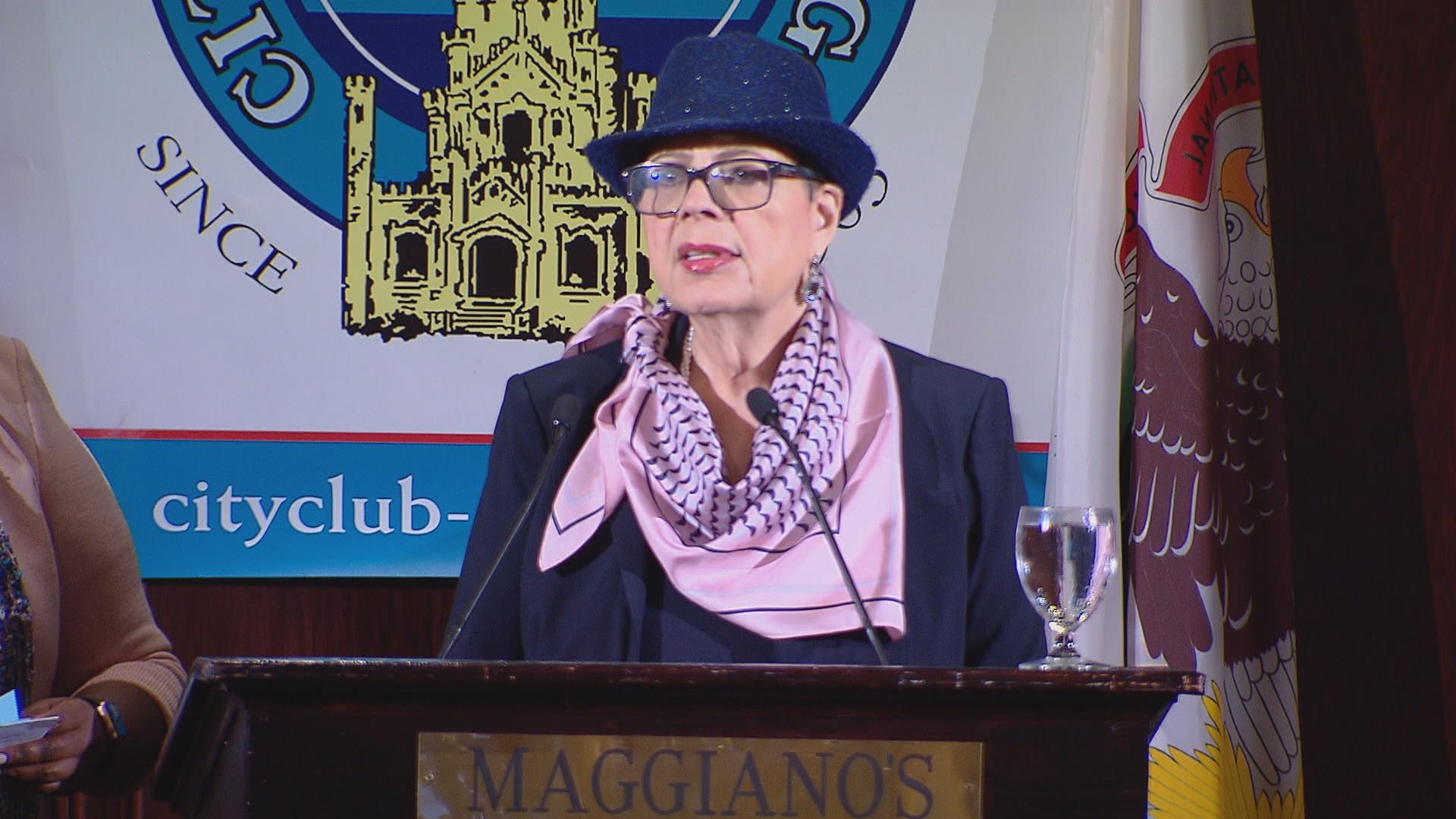 "I just would hope that they don’t continue to market and lie to our students and parents so that parents will come to them," she told reporters at the City Club of Chicago. "The biggest lie they tell is that we can do miraculous things for your child that (traditional) CPS schools can’t do.”

Lewis was pleased more than two-thirds of union members supported the new labor contract, and hopes the two sides can work to rebuild trust, in part through a new joint review committee included in the agreement.

Claypool and Lewis have now both set their sights on reforming education funding at a state level to help alleviate the district’s ongoing financial issues.

“No district in the state that serves children who are in poverty can continue to provide a quality education for long without reform in Springfield,” Claypool said. “As long as Illinois is last in the United States in shared funding they provide for education and last in the United States with a formula that does not reflect the higher cost of educating children in poverty, then we will have issues.”

The district also announced a pair of public budget hearings will be held during the afternoon of Nov. 28. The Chicago Board of Education will then vote on a revised CPS budget at its meeting early next month. 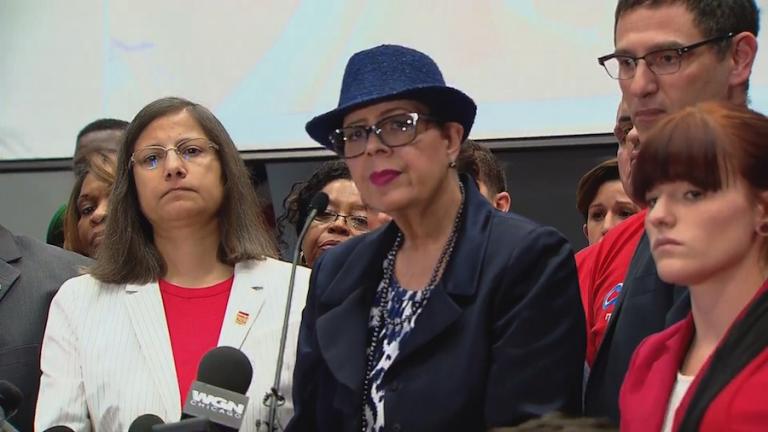 Nov. 1: Results from nearly 60 schools still need to be tallied and the union expects final numbers to be released to its House of Delegates on Wednesday. 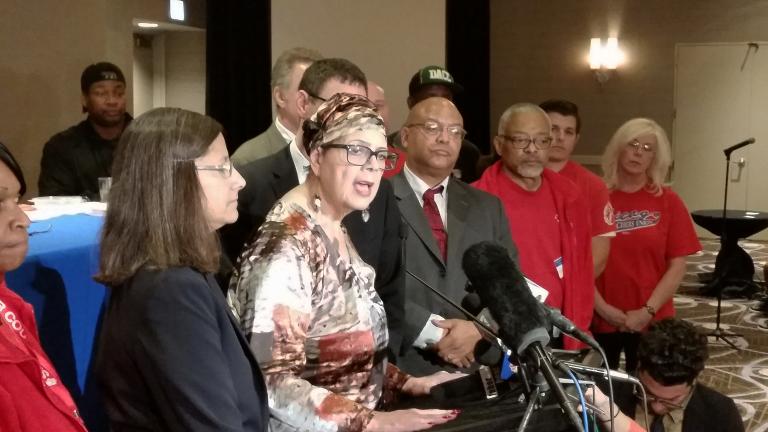