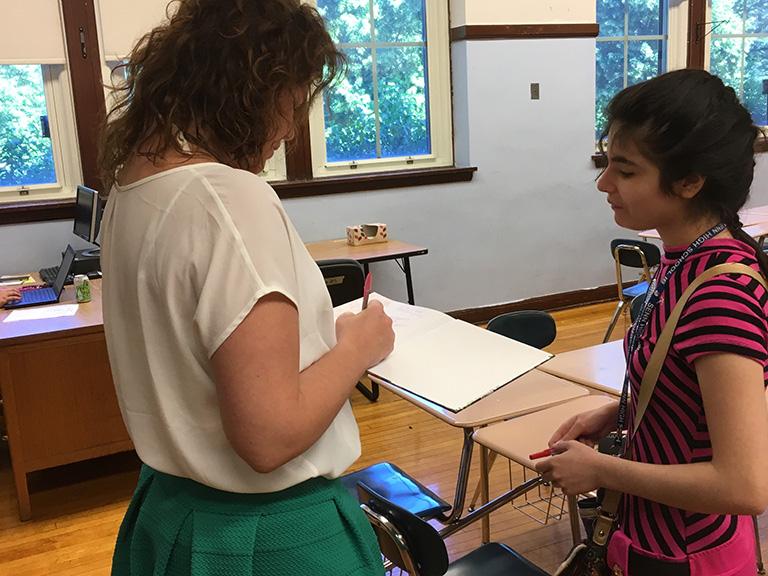 Students at Senn High School could see larger class sizes after CPS laid off hundreds of educators and school personnel across the district Friday.

More than 1,000 teachers and support staff personnel are expected to receive layoff notices Friday from Chicago Public Schools due to position closures.

The district announced its plan to inform 508 teachers – more than half of whom are tenured – and 521 support personnel they will be laid off as part of annual staffing changes it says are brought on by declining enrollment and available positions at other schools.

Despite the layoffs, CPS expects to have approximately 1,000 teaching vacancies it hopes to fill before the start of the new school year next month – and many of those spots may go to those who were laid off Friday.

Teachers impacted by the cuts will be eligible to re-apply for those vacant positions, and CPS Communications Director Emily Bittner expects the vast majority of them will be hired at other schools either in full-time or substitute roles. But that does not mean teachers fired Friday will be guaranteed a position within the district.

Bittner said these sort of staffing changes occur annually around this time of year, adding this round of layoffs is among the smallest the district has seen in the past six years.

“CPS principals continue to do exemplary work protecting their classrooms so that they can build on the remarkable academic progress their students are making,” she said in an email. “Today’s staffing changes are part of the normal process of school planning, and there are more vacant positions in the district than staff who will be impacted today, with roughly 1,000 teaching vacancies to be filled.”

According to district budget numbers released in July, CPS enrollment has dropped by 8,781 students in the last two years. Officials project enrollment for the FY17 school year will be 364,306 – down from the 373,087 students enrolled in 2015.

“The gutting of experienced educators and other school employees only weakens schools and puts children at a disadvantage,” Communications Director Stephanie Gadlin said in a press release. “This is no way to run a 21st century school district. This latest round of layoffs come when Mayor (Rahm) Emanuel is seeking more tax hikes from Chicago’s working families while he continues to ignore demands that he go after wealthy developers and others who enrich themselves at the public’s expense.”

Teachers receiving layoff notices are advised the move is not “official” until they get a displacement letter from CPS’ Office of Talent Development, according to the union. CTU also encourages anyone who received a layoff notice to immediately contact their CTU field representative.

Among the schools affected by Friday’s announcement is Senn High School, a neighborhood school of about 1,400 students on Chicago’s North Side. Principal Mary Beck said her school will lay off three education support personnel and one teacher, which should help re-coup about half of the $600,000 cut from its 2016-17 budget.

“The hit is going to come on the work I'm going to do, the work my (assistant principals) are going to do because we want to keep the sense of normalcy in the classrooms,” Beck said, adding that class sizes at her school are still expected to rise by a couple of students on average.

She plans to spend the coming weeks preparing for the upcoming school year while working with her Local School Council and alderman to find creative ways to balance her school’s finances.

CPS has taken aggressive steps to address its budget issues and prevent layoffs caused by financial issues, according to Bittner’s email. But not all principals are happy with their latest budget numbers. 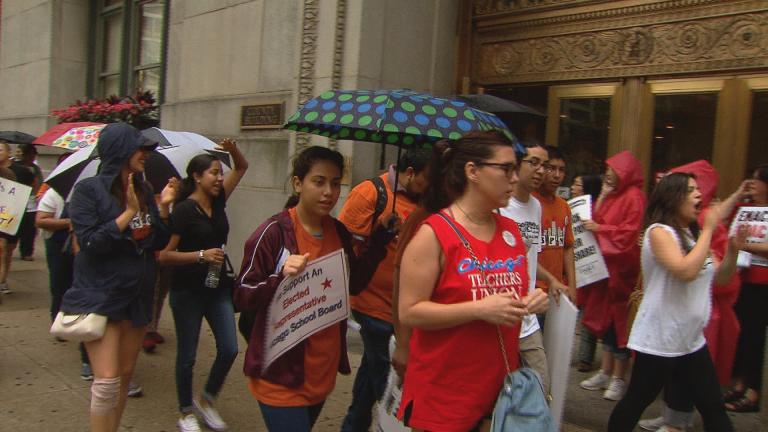