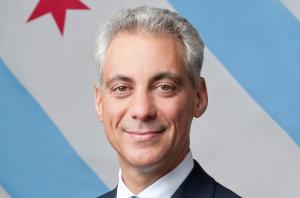 We speak with Mayor Rahm Emanuel about the Illinois Supreme Court ruling that found the 2013 pension reform law unconstitutional. What does that mean for Chicago’s pension reform? We’ll also ask him about the downgrading of the city’s credit rating to junk status and Obama Presidential Library coming to the South Side of Chicago.

City Pension Reform
Today, Chicago goes to court as part of the union challenge to the city’s pension reform law. Because it’s similar to the state’s pension law that was rejected by Illinois Supreme Court, the city’s chances of surviving are slim to none, according to legal experts. Options for a way forward include bankruptcy, cutting benefits, and tradeoffs with workers.

Credit Rating Downgrade
Tuesday, Moody’s Investors Service downgraded Chicago’s credit rating to junk status, with a negative outlook. The agency said the overturning of the state’s pension reform law will add to the city’s financial burdens. Mayor Rahm Emanuel released a statement replying to the downgrade, calling Moody’s “out of step” and “irresponsible.” This downgrade comes just three months after the last one. Much of the city’s financial problems are driven by debts to police, fire, and teacher pensions.

Wednesday, Moody’s Investors Services downgraded the Board of Education’s $7.2 billion of general obligation debt to Ba3 – one notch above junk –was an effect of the ruling. The rating agency cited the overturning of the 2013 pension law as the reason behind the downgrade. Moody’s also downgraded the Chicago Park District’s  $616 million GO bonds as junk status, with a rating of Ba1 which is the same rating as the city. 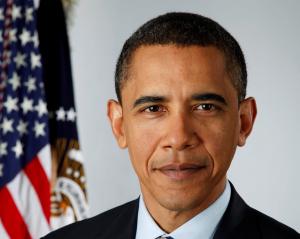 Presidential Library
The Barack Obama Foundation officially announced Tuesday that the Presidential Library and Museum is coming to the South Side of Chicago after months of speculation and controversy. But the site of the library –either Washington Park or Jackson Park— has yet to be determined.

Chicago Casino
On Monday, May 4 and Monday, May 11, lawmakers heard testimonies for the pros and cons of expanded gambling in Illinois, including a Chicago casino. Advocates say the revenue could fund education in the state and increase tourism. Opponents, meanwhile, claim the state, already over-saturated with gaming, would lose money.

State Pension Reform
On Friday, May 8, the Illinois Supreme Court struck down the state's landmark 2013 pension reform law, upholding a lower court ruling that said it violated the state constitution. In the ruling, the court rejected the state's defense that its contractual obligations were not absolute, because it reserved "emergency powers" in a time of crisis.

The Rauner-Rahm Relationship
Gov. Bruce Rauner pitched his turnaround agenda to Chicago’s City Council on Wednesday, May 6. While some aldermen were not impressed by the governor, Emanuel and Rauner are friends, which led some to dub them Illinois’ odd couple.

City Finances
The mayor outlined what he says is a blueprint back to long-term solvency on April 29. Under this plan taxpayers will have to put more money down upfront to save money going forward. While watchdogs reacted positively to the plan, they say tax hikes are inevitable. The mayor offered no specifics on the $550 million mandatory payment owed to police and fire pensions this year, but said he’s pushing Springfield to absorb Chicago teacher pensions into the statewide system. 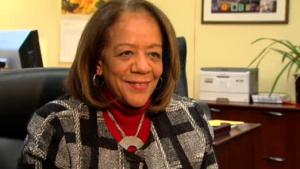 Chicago Public Schools
Chicago Public Schools CEO Barbara Byrd-Bennett is on a leave of absence, amidst a federal investigation into a no-bid contract awarded to a company that once employed her. Chicago Board of Education Vice President Jesse Ruiz currently serves as interim CEO. Byrd-Bennett was appointed to her post by Emanuel in 2012. Meanwhile CPS faces a billion dollar deficit mostly driven by pension obligations.