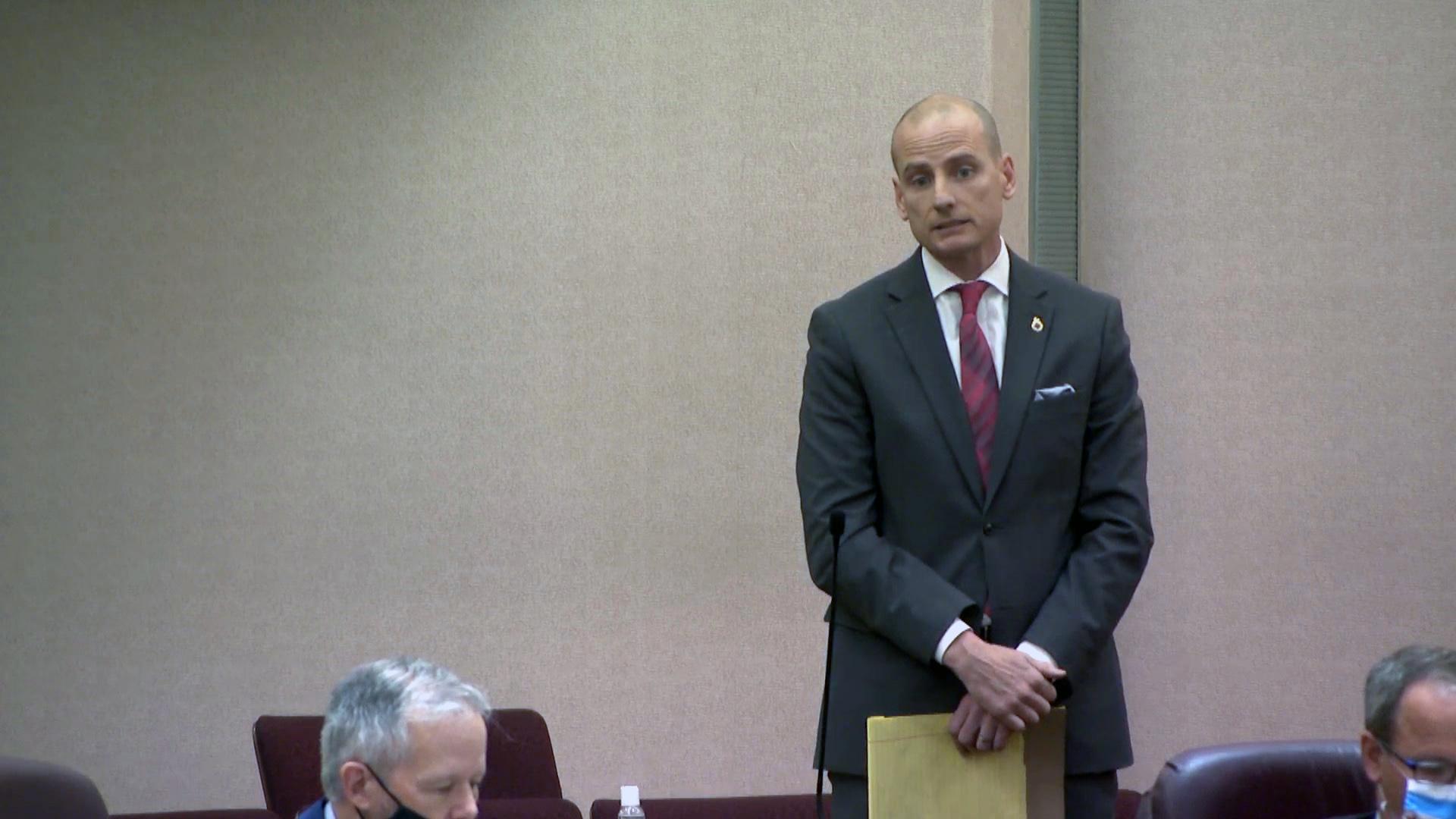 Chicago Ald. Jim Gardiner (45th Ward) is once again under investigation by the city’s watchdog, this time facing allegations he harassed a group of people collecting petition signatures for one of his opponents in November.

During the Nov. 26 altercation, which was partly captured by a nearby doorbell camera, the alderperson was seen yelling at and walking toward a volunteer for candidate Marija Tomic, saying they should “run a clean campaign” and “know what you’re talking about,” according to the video.

The Chicago Board of Ethics voted unanimously on Dec. 12 to ask Inspector General Deborah Witzburg to probe the incident, which was first reported by The People’s Fabric, an anonymously run blog that focuses on Far Northwest Side politics.

One of the volunteers present during the incident told Block Club Chicago that he filed a police report and thought Gardiner was going to hit him. It is unclear whether Gardiner has been questioned by police.

The Board of Ethics complaint alleged that Gardiner’s conduct violated several provisions of the city’s Government Ethics Ordinance, as well as the city’s ethical code of conduct, which requires city officials to “treat members of the public with respect.”

At the same meeting, the board also voted unanimously to ask the inspector general to probe another allegation involving Gardiner. This complaint alleged campaign material supporting Gardiner’s bid for reelection was posted in a city facility, in violation of the city’s Government Ethics Ordinance.

Chicago’s ethics ordinance prohibits the use of public resources for non-official purposes.

Neither action by the board named Gardiner, in keeping with its rules of procedure.

A spokesperson for Witzburg declined to respond to questions about the probes from WTTW News, in keeping with the inspector general’s rules of procedures.

Gardiner did not respond to a request for comment from WTTW News. He faces five challengers in his bid for a second term, including Tomic. Other candidates are Megan Mathias, Susanna Ernst, Ana Santoyo and James Suh.

The incident represents the second time the Chicago Board of Ethics has asked the city’s watchdog to probe Gardiner’s conduct.

In November 2021, the board asked the inspector general to determine whether Gardiner violated the city’s Governmental Ethics Ordinance twice by using his office to retaliate against his political foes. Mayor Lori Lightfoot also called for Gardiner to be probed after those complaints.

WTTW News reported in September 2021 that federal agents are probing whether Gardiner took bribes and demanded payments before taking official actions. He has not been charged.

Gardiner apologized earlier this year for sending profane and misogynistic texts to a former aide about Ald. Tom Tunney (44th Ward) and two women who work at City Hall.

Other texts obtained by WTTW News show that Gardiner obtained the criminal records of Suh, a 45th Ward resident who organized a protest against Gardiner, and told his aide to “leak” those records. That prompted the Cook County Circuit Court Clerk to request that the office’s watchdog probe how Gardiner got those records.

In April 2022, Charles Sikanich, hired by Gardiner to oversee the 45th Ward, was charged with trying to sell an illegal machine gun while on the clock.

Sikanich’s mother works in the circuit court clerk’s office and would have easy access to criminal records.

Sikanich and Gardiner are also being sued in federal court by a man who alleges that the alderperson had him harassed, intimidated and falsely arrested after he’d picked up a cellphone that Sikanich left at a 7-Eleven.

In addition, six 45th Ward residents sued Gardiner in 2021 for blocking them from his official Facebook page or deleting critical comments, in violation of their First Amendment rights.

One of Gardiner’s ex-aides testified that the alderperson was focused on the commentary on his Facebook page, called his critics “rats” and vowed to rid the ward of them, according to the Chicago Tribune.

In other action, the Board of Ethics voted 5-0 on Monday to admonish an unnamed city official for committing a “minor violation” of the city’s ethics ordinance.

The official told Board of Ethics Executive Director Steve Berlin that the official “inadvertently sent emails soliciting political contributions from their city email account” while using their personal computer. The official reported the issue, attempted to recall the missent emails and resent them from their political account, as originally intended, according to the board’s finding.

The Board of Ethics also voted 5-0 to ask the inspector general to investigate a complaint that “a social media post on an official city social page of an elected official constituted improper harassment of a citizen, and contained improper electioneering content.”

The board also voted 5-0 to inform two candidates they may have violated the city’s ethics ordinance by displaying the city’s intellectual property on their campaign materials. Final determinations on those violations are scheduled for the board’s next meeting in February.