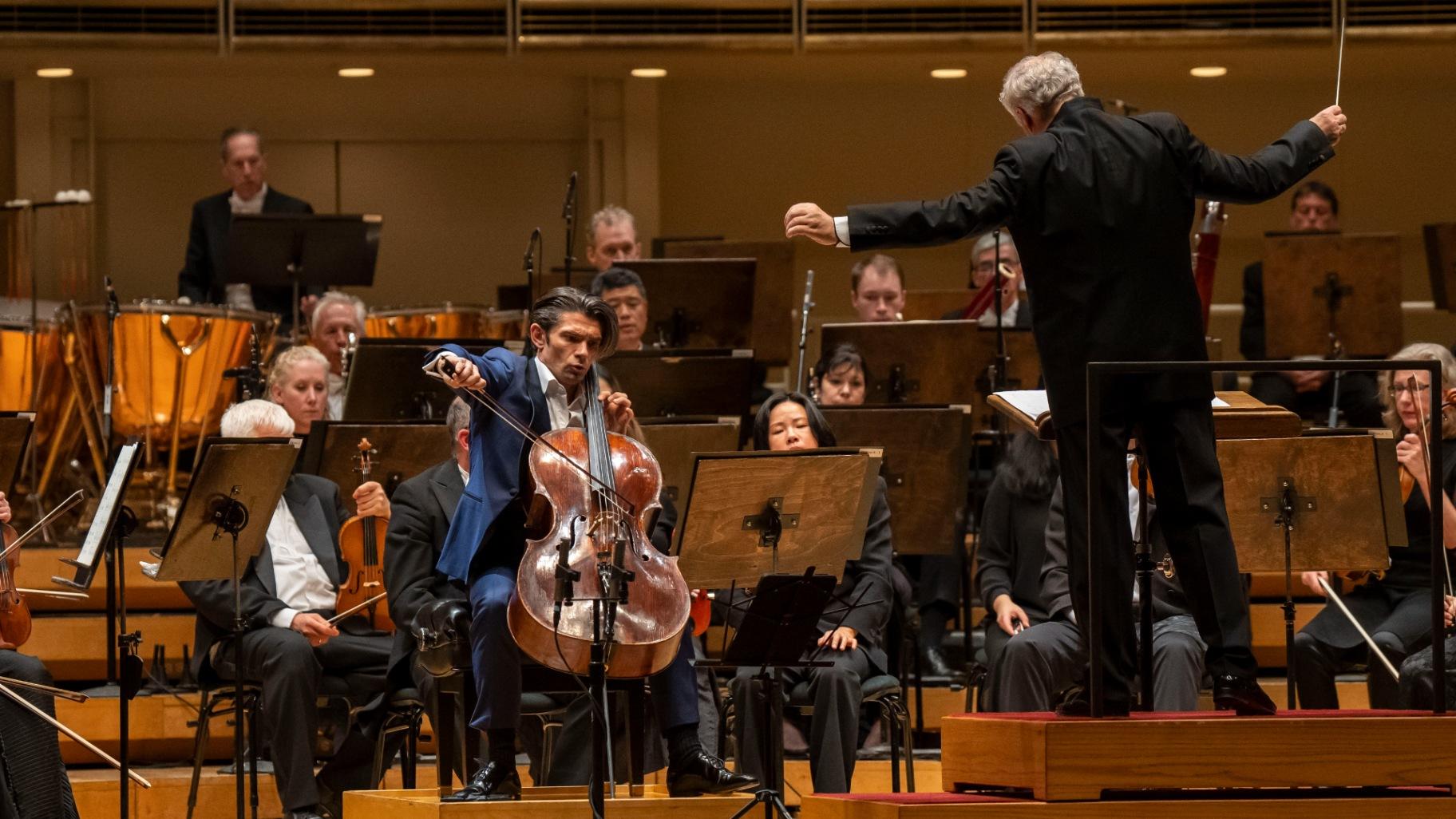 A CSO co-commission, Lera Auerbach’s cello concerto, “Diary of a Madman” receives its U.S. premiere in a performance on Nov. 17, 2022, by the Chicago Symphony Orchestra with Gautier Capuçon as soloist and guest conductor Manfred Honeck. (Credit: Todd Rosenberg)

Just 24 hours after the Berlin Philharmoniker left the audience at Chicago’s Orchestra Hall cheering for its brilliant performance of Gustav Mahler’s “Symphony No. 7,” the Chicago Symphony Orchestra reclaimed its home stage last week.

It did so with an absolutely stunning concert, which was a powerful example of ingenious programming that captured elements of Russian and Ukrainian history and culture throughout the past two centuries in the most imaginative way. It also served as a subtle reminder of how social and political calamity can inspire genius and beauty.

Of course the performance of the concert’s three works, led with great elan and specificity by guest conductor Manfred Honeck, music director of the Pittsburgh Symphony, was superb. It was carried off with the kind of brilliance that only the musicians of the CSO (who also might be dubbed “magicians”) can do.

The phenomenal performance by guest artist Gautier Capucon, a remarkable French cellist, was an additional highlight. And throughout, in addition to stellar turns by the musicians in every section of the orchestra, was the ever precision-tuned work of violinist Stephanie Jeong, associate concertmaster, who was at the helm of this immensely challenging concert at every moment.

The concert opened with a rousing performance of the familiar Overture to “Ruslan and Ludmila,” Mikhail Glinka’s opera dating from 1842 that is set in pre-Christian (“pagan”) Russia. Moving at rapid-fire speed, it is the kind of high-heat musical gem that instantly showcases a virtuosic orchestra and generates audience enthusiasm.

Then came a mesmerizing new work by Lera Auerbach, “Diary of a Madman, Concerto for Cello and Orchestra.” Composed in 2021, just a year before the outbreak of the war in Ukraine, it feeds on the famous 1835 short story by the Ukrainian-bred, proto-surrealist writer Nikolai Gogol that captures the unraveling of the mind of a minor civil servant.

Auerbach, from a Jewish family whose roots in Ukraine and Russia entangled them in both the murderous onslaught of the Nazis and the torments of Stalin’s secret police, has “translated” Gogol’s written words into a phenomenal orchestral work in which the solo cellist almost literally unravels musically.

The richly orchestrated work begins with a barely audible cry on the cello that erupts into a riff of madness, with the timpani and percussion section adding to that madness. Throughout, the persistent ache of the cello suggests the deteriorating state of a brain and heart. And it is accompanied by a storm from every section of the orchestra that underscores the cellist’s complex inner torment by means of the hard plucking of the string section to a wacky sounding of horns and flutes.

Capucon’s performance of this riveting score, fiendishly difficult work for all involved, was absolutely astonishing. So was the long, stunningly effective dead silence at the end.

Auerbach came on stage for a rousing ovation as the audience wildly applauded the composer, conductor, orchestra and, of course, Capucon, the driving force in this haunting U.S. premiere of a work co-commissioned by the CSO. 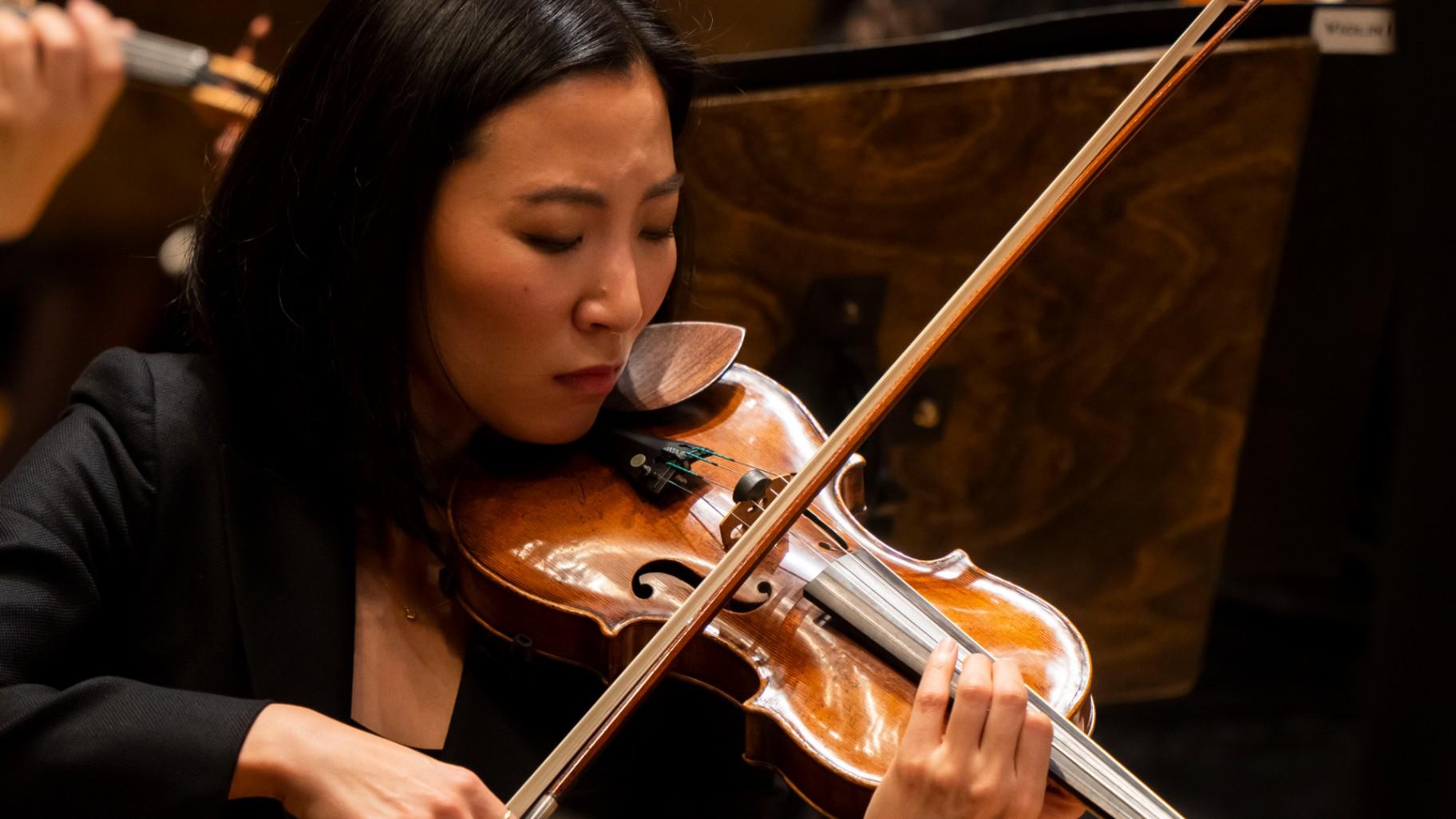 The concert’s second half was devoted entirely to Dmitri Shostakovich’s magnificent and altogether monumental “Symphony No. 5 in D Minor” dating from 1937. As Phillip Huscher, the CSO’s outstanding program notator, so aptly described the piece, “it is perhaps the best known work of art born from the marriage of politics and music.”

Generating its sheer power, thrilling energy and emotional complexity were its many dramatic shifts as it moved from anxiety, to desperation, to liberation and more. All this was apparent from its opening moments as its big, powerful start morphed into a more lyrical sweep, with a sense of tension, anxiety and danger ever-present.

The orchestra’s wide-ranging mix of virtuoso musicians was in full evidence throughout, as they were uniformly ready to capture Shostakovich’s emotional leaps.

That orchestra-wide virtuosity also was fully on display in the work’s second movement with the sounds of its basses and cellos, horns and winds, and percussion all at the ready, along with Jeong’s lovely violin solo segment in waltz time.

A complex, dreamy ache marked the start of the third movement with its superbly subtle musical shadings overseen by Honeck and all sections of the orchestra before a sense of frantic nervousness spread through the music. And a wild fury marked the opening of the symphony’s fourth and final movement before that exultant high energy grew quieter and more solemn before erupting with the bold sound of survival and a monumental closing complete with the loud crash of cymbals and drums.

Stunning, from start to finish.