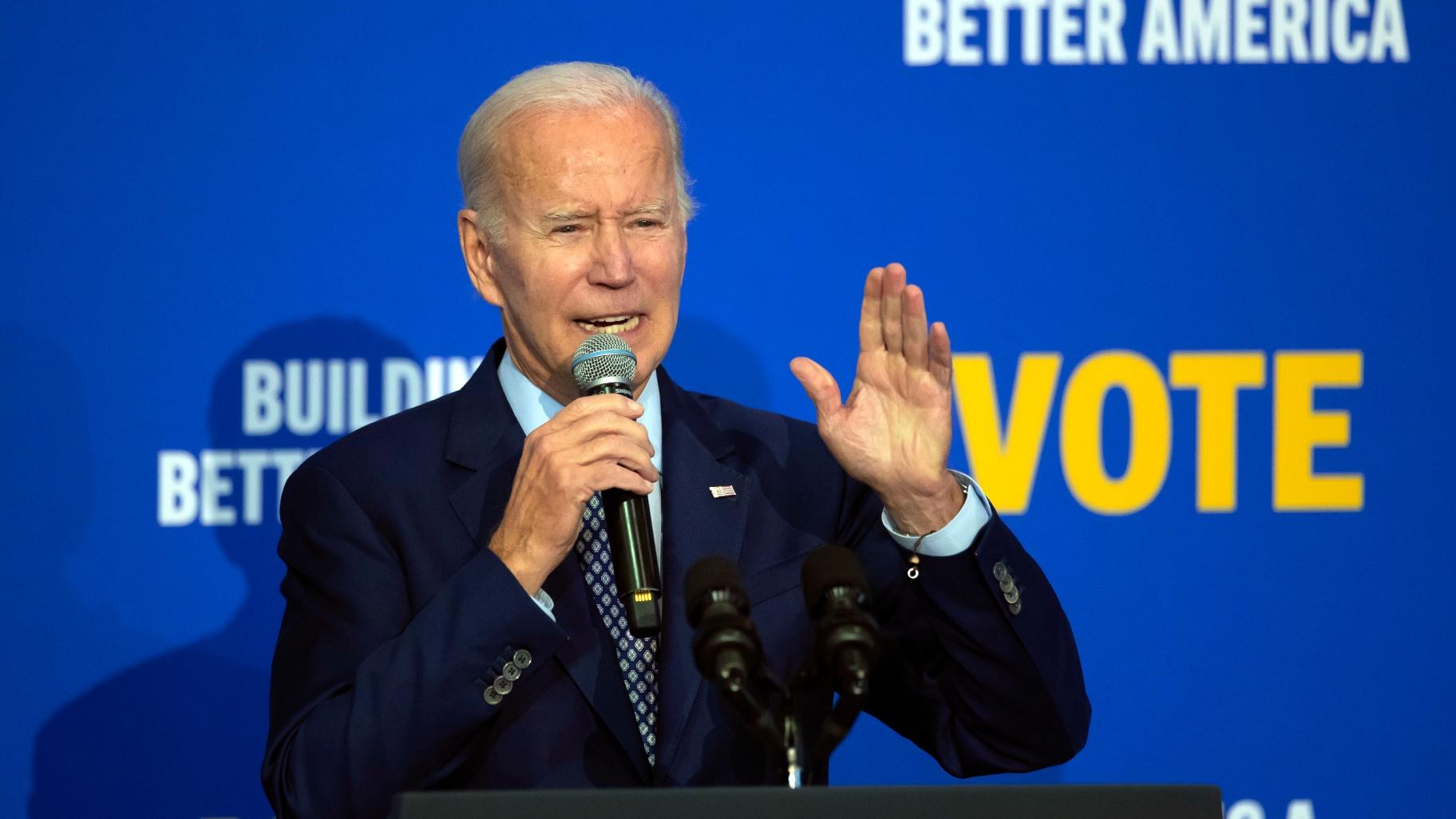 SAN DIEGO (AP) — President Joe Biden on Friday is set to tour a southern California communications company that is expected to benefit from his legislative push to bolster American semiconductor manufacturing — and he’s taking a vulnerable Democratic congressman with him.

Biden will be joined by Rep. Mike Levin for the visit to Carlsbad-headquartered Viasat as he looks to highlight the CHIPS and Science Act, a $280 billion legislative package, ahead of Tuesday's midterm elections. The bill is one of the Biden administration’s most significant legislative achievements.

Levin, a two-term congressman representing a San Diego-area district that was once a GOP stronghold, is locked in a tight race with former San Juan Capistrano Mayor Brian Maryott. Biden headlined a rally Thursday night in Oceanside, California, for Levin.

Coronavirus pandemic-era supply disruptions and a dearth of domestic chip manufacturing hampered Viasat, which relies on such components for services it provides to industrial customers and the U.S. military. Biden intends to use the event to highlight how the CHIPS act will help companies like Viasat reduce their reliance on overseas chip manufacturers, according to the White House.

Later Friday, Biden will head to Chicago to participate in a political reception. Biden is heading to the Democratic stronghold amid signs that some House members representing suburban Chicago districts may be facing more competitive than expected reelection battles.

The Congressional Leadership Fund, a super political action committee, or super PAC, aligned with the GOP House leadership, this week announced a $1.8 million ad buy targeting Democratic Rep. Sean Casten, who represents a district that Biden won by about 11 percentage points in 2020.

Rep. Kevin McCarthy of California, the House minority leader, is due to campaign with GOP challenger Keith Pekau in the district Friday.