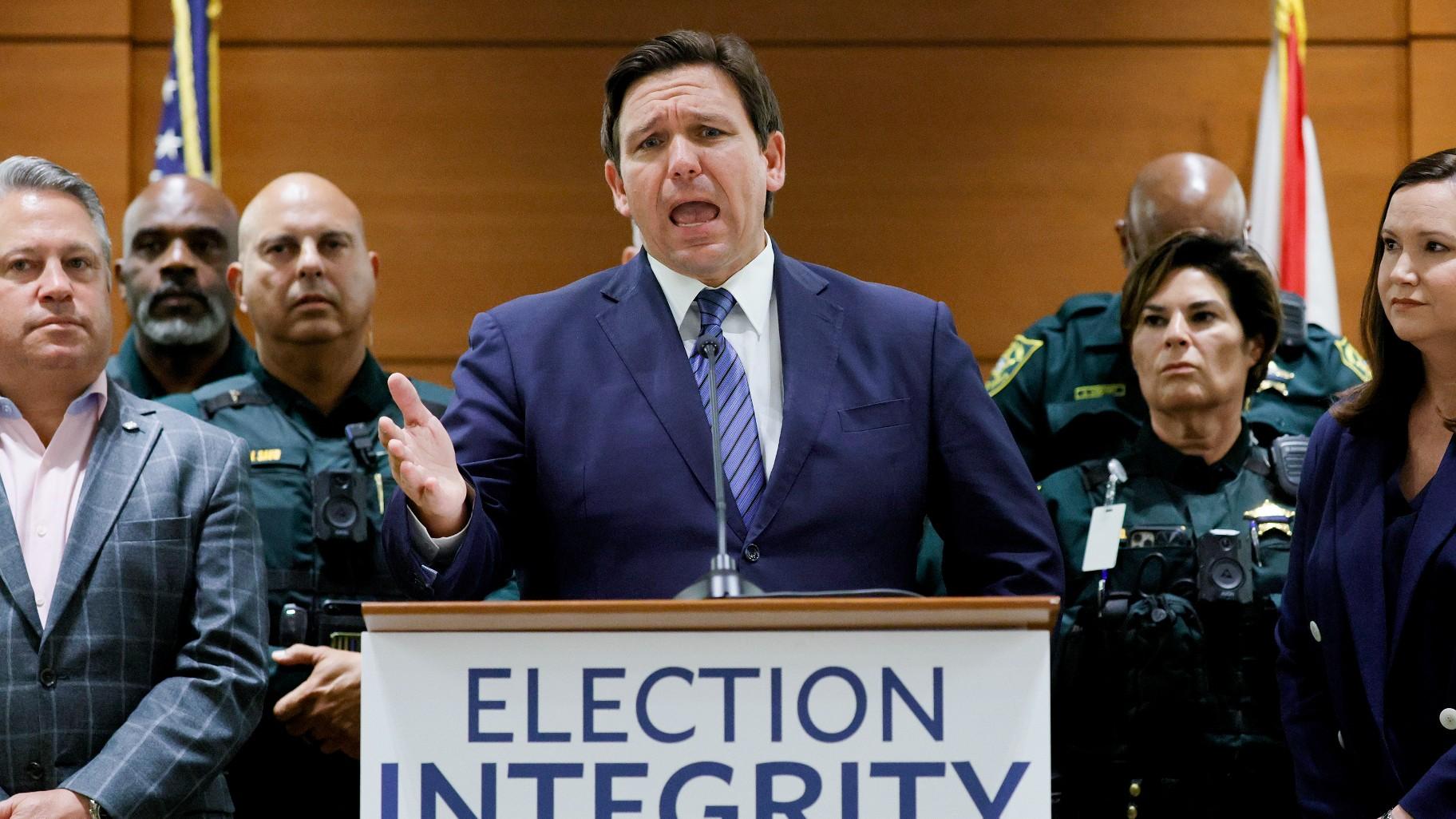 WASHINGTON (AP) — State-level law enforcement units created after the 2020 presidential election to investigate voter fraud are looking into scattered complaints more than two weeks after the midterms but have provided no indication of systemic problems.

That’s just what election experts had expected and led critics to suggest that the new units were more about politics than rooting out widespread abuses. Most election-related fraud cases already are investigated and prosecuted at the local level.

Florida, Georgia and Virginia created special state-level units after the 2020 election, all pushed by Republican governors, attorneys general or legislatures.

“I am not aware of any significant detection of fraud on Election Day, but that’s not surprising,” said Paul Smith, senior vice president of the Campaign Legal Center. “The whole concept of voter impersonation fraud is such a horribly exaggerated problem. It doesn’t change the outcome of the election, it's a felony, you risk getting put in jail and you have a high possibility of getting caught. It's a rare phenomena.”

The absence of widespread fraud is important because the lies surrounding the 2020 presidential election spread by former President Donald Trump and his allies have penetrated deeply into the Republican Party and eroded trust in elections. In the run-up to this year's elections, 45% of Republicans had little to no confidence that votes would be counted accurately.

An Associated Press investigation found there was no widespread fraud in Georgia or the five other battleground states where Trump disputed his 2020 loss, and so far there is no indication of that in this year's elections. Certification of the results is going smoothly in most states, with few complaints.

In Georgia, where Trump tried to pressure state officials to “find” enough votes to overturn his loss, a new law gives the state’s top law enforcement agency, the Georgia Bureau of Investigation, authority to initiate investigations of alleged election fraud without a request from election officials. The alleged violation would have to be significant enough to change or create doubt about the outcome of an election.

GBI spokesperson Nelly Miles said the agency has not initiated any investigations under the statute. The agency is assisting the secretary of state’s office in an investigation of a breach of voting equipment in Coffee County in 2021, but that is its only recent election fraud investigation, she said in an email.

That breach, which came to light earlier this year, involved local officials in a county that voted for Trump by nearly 40 percentage points in 2020 and some high-profile supporters of the former president.

State Rep. Jasmine Clark, a Democrat who opposed the additional authority for the bureau, said the lack of investigations validates the criticism that the law was unnecessary. But she said just the prospect of a GBI investigation could intimidate people who want to serve as poll workers or take on some other role in the voting process.

“In this situation, there was no actual problem to be solved,” Clark said. “This was a solution looking for a problem, and that’s never the way that we should legislate.”

Florida has been the most visible state, creating its Office of Election Crimes and Security amid much fanfare this year and keeping a pledge that Republican Gov. Ron DeSantis made in 2021 to combat unspecified election fraud.

The office is under the Florida Department of State. It reviews allegations and then tasks state law enforcement with pursuing violations.

DeSantis this summer announced the election unit had arrested 20 people for illegally voting in the 2020 election, when the state had 14.4 million registered voters. That was the first major election since a state constitutional amendment restored voting rights for felons, except for those convicted of murder or felony sex crimes or those who still owe fines, fees or restitution.

Court records show the 20 people were able to register to vote despite prior felony convictions, apparently leading them to believe they could legally cast ballots. At least part of the confusion stems from language in the voter registration forms that requires applicants to swear they are not a felon — or if they are, that they have had their rights restored. The forms do not inquire specifically about past convictions for murder and felony sexual assault.

One of the people charged, 56-year-old Robert Lee Wood, had his home surrounded early one morning by law enforcement officers who banged on his door and arrested him. He spent two days in jail. Wood’s lawyer, Larry Davis, said his client did not think he was breaking the law because he was able to register to vote without issue. Davis called the law enforcement reaction “over the top” in this case.

Wood’s case was dismissed by a Miami judge in late October on jurisdictional grounds, because it was brought by the Office of the Statewide Prosecutor rather than local prosecutors in Miami. The state is appealing the ruling.

Andrea Mercado, executive director of Florida Rising, an independent political activist organization focused on economic and racial justice in the state, said the disproportionate targeting of such would-be voters was sending a “chilling message to all returning citizens who want to register to vote.” She said her group found that many of them were confused about the requirements.

“You have to go to 67 counties’ websites and find their individual county processes to see if you have a fine or fee,” she said. “It’s a labyrinthian ordeal.”

Weeks before the Nov. 8 election, the Office of Election Crimes and Security began notifying Florida counties of hundreds of registered voters who potentially were ineligible to vote because of prior convictions. In letters to the counties, state officials asked that election officials verify the information and then take action to prevent ineligible voters from casting ballots.

“We’ve heard stories about voters who are eligible to vote but have a criminal conviction in their past, and they are now scared to register and vote,” said Michael Pernick, a voting rights attorney with the NAACP Legal Defense Fund. He called it “deeply concerning.”

Virginia Attorney General Jason Miyares announced he was forming his own Election Integrity Unit in September, saying it would “work to help restore confidence in our democratic process in the Commonwealth.”

The formation of the unit came in a state where Republicans swept the three statewide offices in 2021 elections, including Miyares’ defeat of a Democratic incumbent.

His spokeswoman, Victoria LaCivita, said in a written response to questions from The Associated Press that the office had received complaints connected to this month's elections, but she could not comment on whether any investigations had resulted.

In addition, “the EIU successfully got a demurrer and a motion to dismiss” an attempt to force the state to abandon its use of electronic voting machines to count ballots and institute a statewide hand count.

Miyares' office said he was not available for an interview, but in a letter to the editor in The Washington Post in October he stated there was no widespread fraud in Virginia or anywhere else during the 2020 election. He said his office already had jurisdiction in election-related issues but that he was restructuring it into a unit to work more cooperatively with the election community to allay any doubts about the fairness of elections.

Smith, of the Campaign Legal Center, said there are real issues related to election security, including protecting voters, poll workers and elections staff, and securing voting equipment. But he said Republican steps to boost what they often refer to as “election integrity” to combat voter fraud often are about something else.

“It’s a myth that’s created so they can justify making it harder for people to vote,” he said.