Officials from the Indiana Department of Environmental Management are investigating a “rusty colored liquid” discharged from the U.S. Steel plant in Portage, spotted Sunday evening in the Burns Waterway.

The discovery of the unknown substance prompted the National Park Service to temporarily close the waters off all beaches at Indiana Dunes National Park.

So far, no dead fish or wildlife have been observed by staff from the Department of Environmental Management, according to spokesman Ryan Clem.

Samples taken from the scene are still being analyzed, he said.

U. S. Steel has shut down operations as a precaution, according to a statement emailed to WTTW News from a spokeswoman. 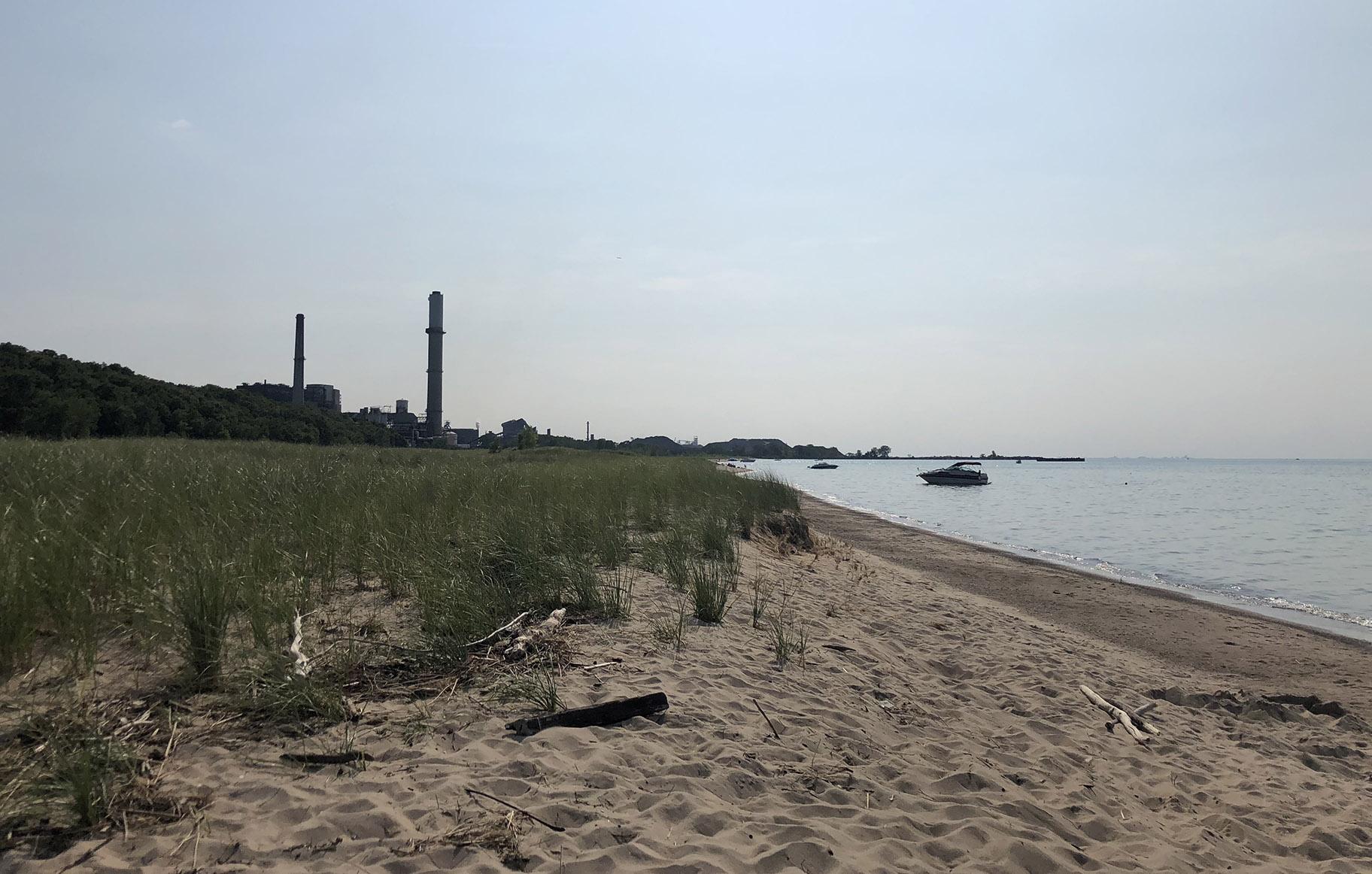 The preliminary cause of the discharge has been attributed to an “upset condition with the finishing line wastewater treatment plant,” which is suspected as the reason for the discolored water emerging from one of the plant’s outfalls.

“Early indications show higher than normal suspended solids in the water, and we are conducting additional sampling and an investigation to determine the cause,” the spokeswoman said.

The situation has also affected operations at Indiana American Water, which draws water for northwest Indiana from two Lake Michigan intakes, including one at Ogden Dunes.

That treatment facility was shut down Sunday evening as a “precautionary measure” and will remain offline until tests confirm there’s no threat to the source water.

“We have seen no impact on the raw water parameters we are monitoring for at this location,” the company said in a statement.

The company’s second treatment facility, located in Gary, remains in service and has enough capacity to continue serving all northwest Indiana customers, the company said.

Indiana Dunes National Park includes 15 miles of Lake Michigan shoreline. The latest incident is the most recent in a series of spills by nearby industrial sites.

In 2019, portions of the park were closed due to a chemical spill at ArcelorMittal’s Burns Harbor steel plant in Northwest Indiana. The hazardous substances in that instance, namely cyanide and ammonia-nitrogen, caused the die-off of thousands of fish.

In 2017, a spill at U.S. Steel’s plant released an unknown amount of a potentially carcinogenic chemical, hexavalent chromium, into a Lake Michigan tributary, prompting the closure of beaches along the Indiana lakeshore.

CLOSURE NOTICE TO ALL BEACHES FOR SWIMMING
Different colors in the water along Portage Lakefront and Riverwalk have been reported. Temporary closure to ALL beaches to swimming due to an abundance of caution until further notice.

Portage IND: Lake Michigan beaches nearby are closed due to a large chemical discharge into the water by US Steel Plant #NBCSky5 @nbcchicago pic.twitter.com/DCy6Qqw2cg