A push to examine whether — and how — the city should pay reparations to Chicagoans who are the descendants of enslaved African Americans has been derailed, and advocates and aldermen blame Mayor Lori Lightfoot.

More than a year after it was formed, the City Council’s Subcommittee on Reparations has met only once, and that meeting was sidetracked by a series of speakers who demanded that aldermen ban pet stores from selling dogs, cats and rabbits at a profit to restrict the operations of breeders.

Ald. Stephanie Coleman (16th Ward), the chair of the subcommittee, said a “lack of institutional support,” coupled with delays caused by the COVID-19 pandemic, stymied efforts to make progress on how best to tackle slavery’s legacy of systemic racism and disinvestment in Chicago.

“It is a very hard conversation to have, but it is very necessary to have,” Coleman said.

Ald. Roderick Sawyer (6th Ward), the chair of the City Council’s Committee on Health and Human Relations, said he made a mistake in June 2020 when he dropped his effort to create a full commission to study the issue of reparations after Lightfoot objected.

Instead, Sawyer agreed to support the creation of a subcommittee as a compromise.

“It was a mistake,” Sawyer said. “We are still getting stonewalled. We tried to work through the system. They have not been working well with us.”

"Whether its building historical reckoning into our citywide planning effort We Will Chicago or targeting catalytic investment in communities on the South and Westsides who have experienced generational disinvestment, Mayor Lightfoot is embracing a reparative agenda that thinks about the transformative power of money, policy, and people that is needed to make real change," according to the statement.

Lightfoot said her work with City Council on reparations "is in its beginning stages."

Coleman said she was “so frustrated” that issue of reparations will have to battle upcoming budget negotiations and efforts to draw a new ward map, which got underway this week for the City Hall spotlight during the upcoming months.

Coleman has asked Lightfoot to set aside a portion of the $1.9 billion the city expects to get from the latest federal relief package for reparations in an effort to “right the wrongs exposed by COVID-19.”

“These are serious issues,” said Coleman, who is crafting a Black Chicago Recovery Plan with Kamm Howard of the National Coalition of Blacks for Reparations.

Nearly 40% of the Chicagoans who have died after contracting COVID-19 were Black, according to data from the Chicago Department of Public Health, even though Black Chicagoans make up approximately 33% of the city’s population.

“Reparations should be at the forefront right now,” Sawyer said. “Now is the time.”

The root causes of surge of crime in Chicago this summer lie in slavery, and the city must put real resources behind an effort to break that connection, Sawyer said.

“If we don’t address it now, it will only get worse,” Sawyer said.

The key issue that Chicago officials should address with reparations is public safety, in an effort to put an end to the cycle of violence that can lead to nearly 100 shootings every weekend, Howard said. The creation of a police oversight board is one step in that direction, he added.

But there is so much more to be done, and the lack of progress has been very frustrating, Howard said.

There is no doubt that Lightfoot — the first Black woman elected Chicago mayor — is responsible for the stalled push for reparations, Howard said.

“This mayor is out of step with history,” Howard said.

“She is not close enough to Black interests,” Howard said. “This mayor is not Harold Washington.” 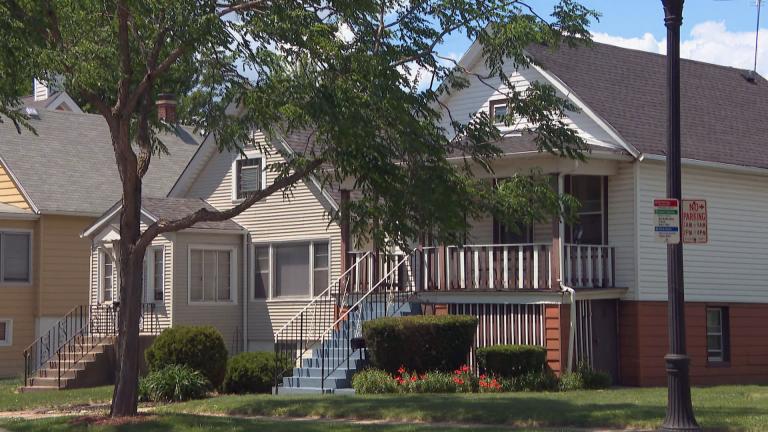