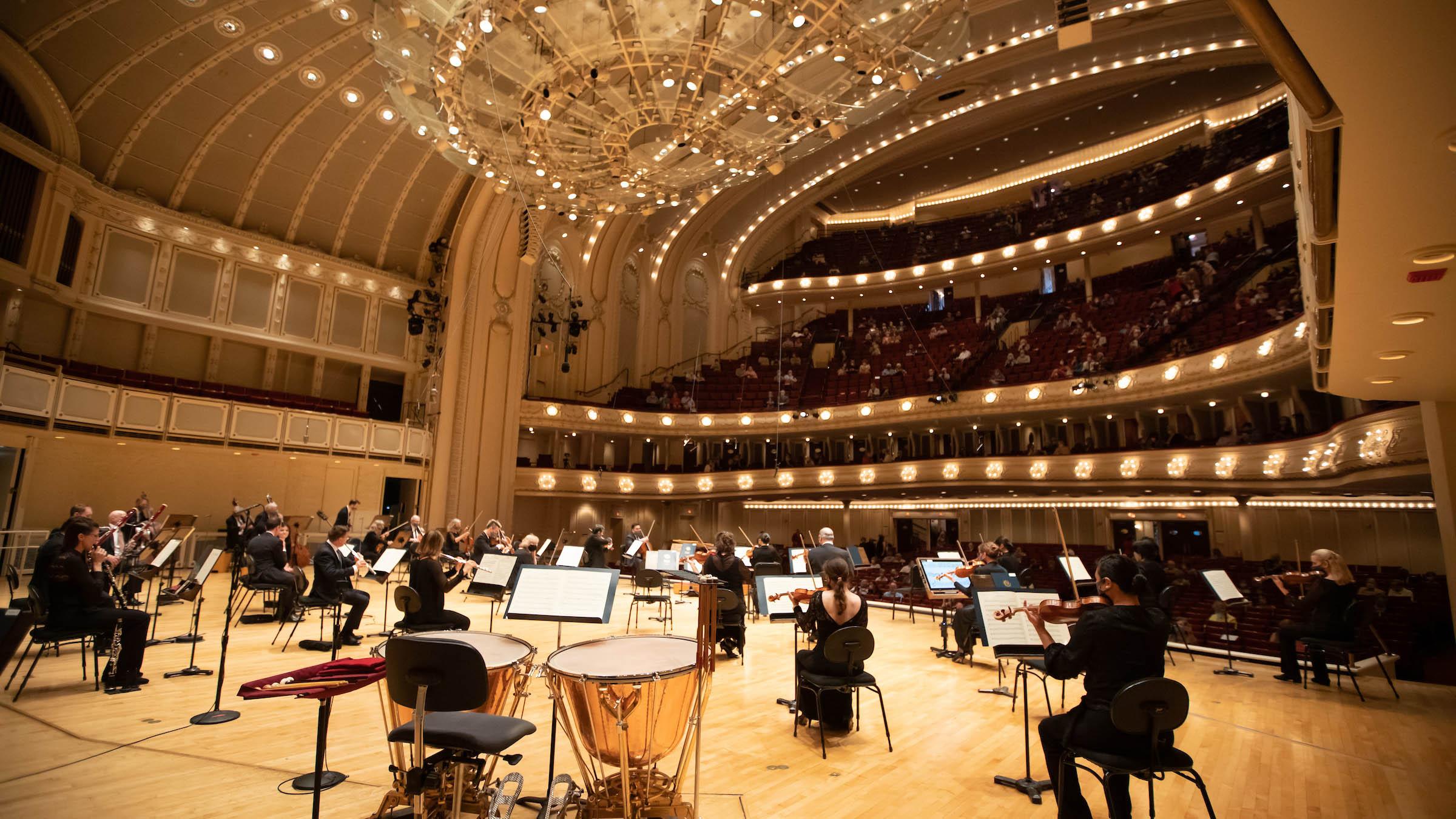 “Overture,” the final entry in the Chicago Symphony Orchestra’s springtime series of three different programs performed live in Orchestra Hall (with both a reduced orchestra and audience), serves as a most elegant conclusion to a season of worldwide medical and social upheaval. And its umbrella title is an ideal harbinger of better days to come.

That title, drawn from the concert’s opening work - Mozart’s Overture to his opera “Don Giovanni” - also captures the exquisite singing quality of the orchestra that rang forth throughout the entire evening Thursday, with the internationally renowned conductor Edo de Waart on the podium. Now 80, de Waart - understated but precise in his conducting style, led the orchestra while seated on a high stool, and he elicited a sound of pure beauty from his musicians that had all the intimacy and clarity of chamber music even when the orchestra assembled was more than 30 musicians strong. 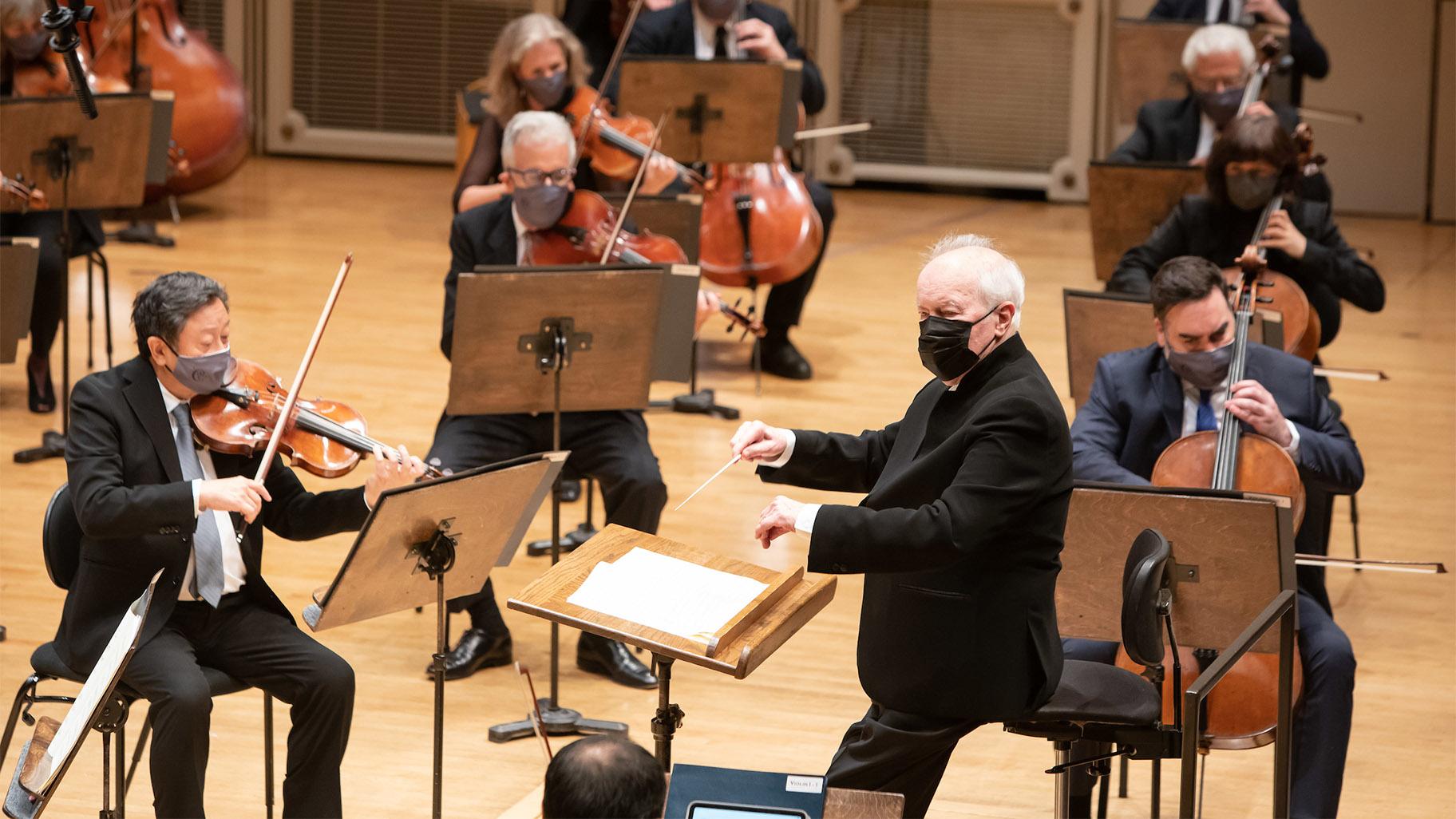 The most haunting performance of the evening came with Wagner’s “Siegfried Idyll,” the symphonic poem written as a birthday gift for the composer’s wife, Cosima, that was later expanded, and finally incorporated into his opera, “Siegfried.” The work finds Wagner at his most lyrical and non-bombastic with a dreamy, mesmerizing melody that truly casts a spell and is at once deeply emotional and infused with a magical quietude. Suggestive of the awakening of nature, the beautifully muted tones of strings and horns created a hypnotic effect before culminating in a triumphal finale at once delicate and powerful.

The concert opened with Mozart’s Overture to “Don Giovanni,” which begins with an ominous sense of the dark fate of that opera’s title character - an abusive and violent libertine. But it also captures a slew of different voices that is so emblematic of Mozart’s genius at capturing the personalities of his characters through the sound and rhythms of their voices.

The final work on the program was Mozart’s “Symphony No. 40 in G Minor,” which showcased the CSO musicians at both their most singular individual best and their uncanny unity. 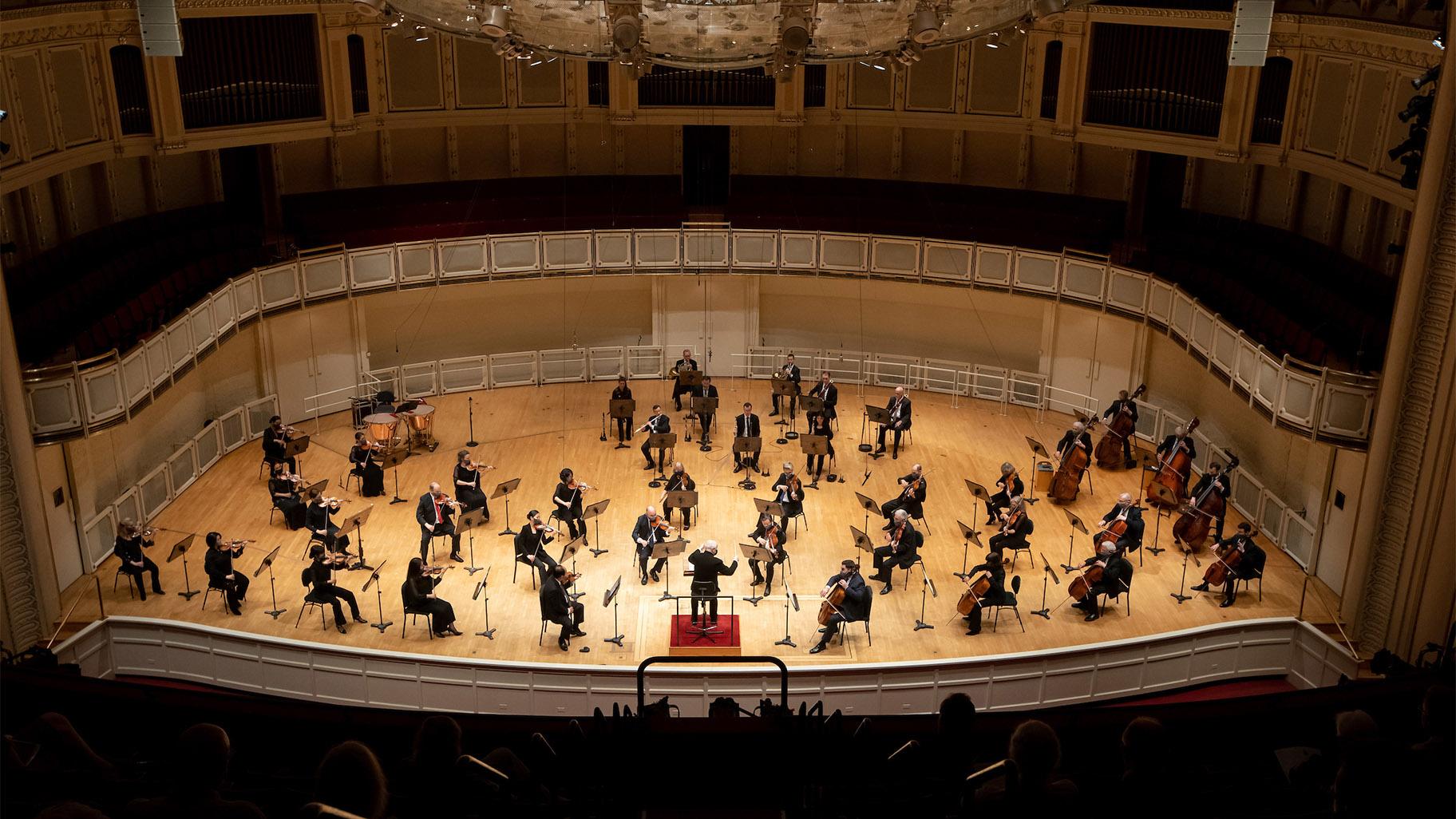 The first of the work’s four movements highlights the beauty of the strings in melodies that are at once fluid yet full of a stormy urgency. The next movement begins with a lyrical clarity that suggests the sound of a chamber ensemble. The third movement opens with a strong proclamation, shifts to a Mozartian sweetness, and then shifts again to a powerful conclusion. A rapid-fire opening defines the final movement, and its subsequent emotional shifts of instrumental voices are yet another reminder of the composer’s brilliance at capturing the human voices in his operas.

And there was this winning moment: The enthusiastic audience response at the concert’s end, combined with de Waart’s obvious deep affection for the CSO musicians, drove the conductor to pull off his mask and, with a big smile, take a final bow.

The remaining performances of this concert are Saturday at 7:30 p.m. and Sunday at 3 p.m. For tickets visit cso.org.

Meanwhile, get ready for the CSO’s return to the Ravinia Festival this summer, with 15 programs between July 9 and Aug. 15. For tickets visit Ravinia.org.