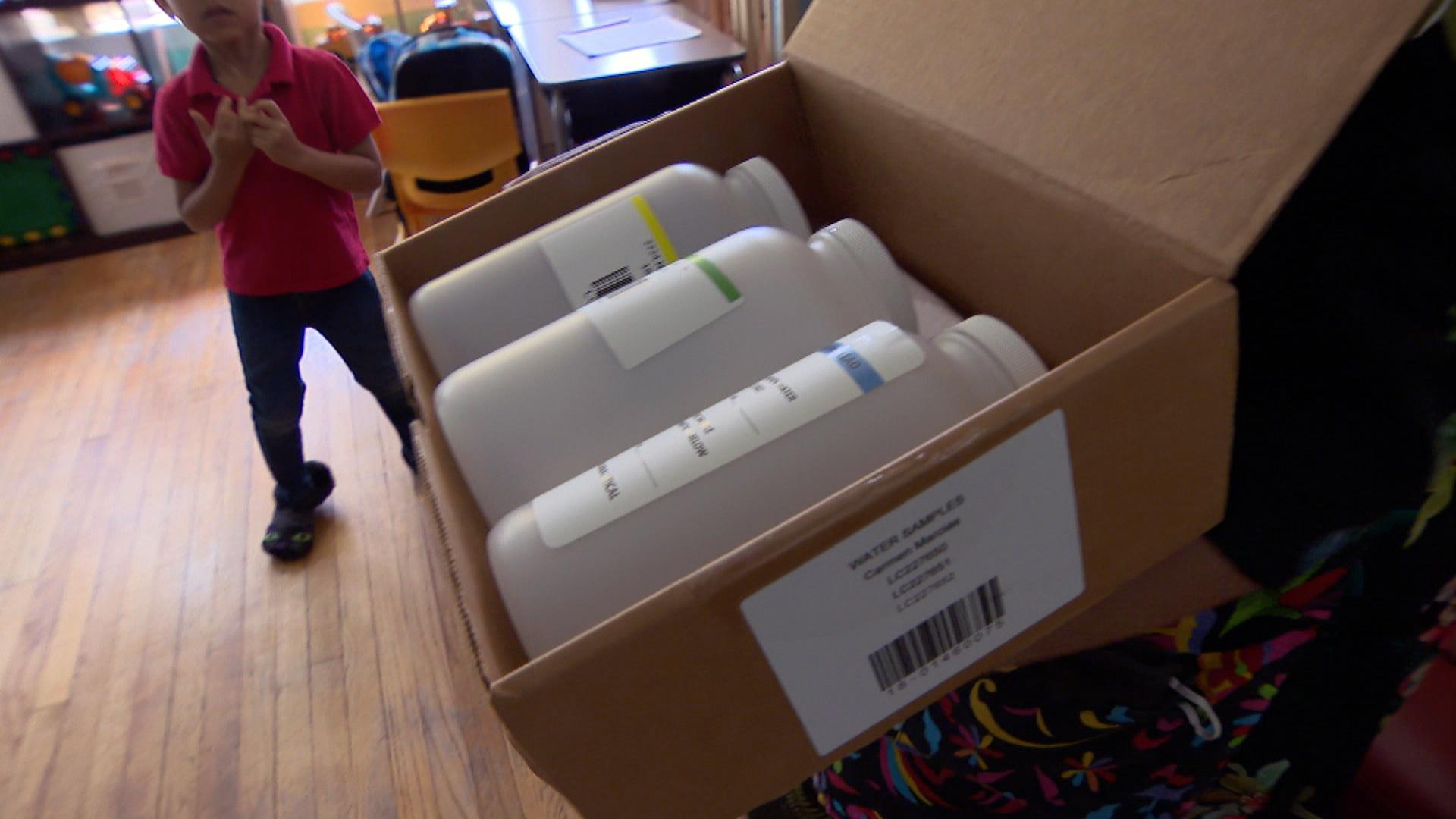 Mayor Lori Lightfoot on Thursday urged federal lawmakers to pass President Joe Biden’s infrastructure plan, which could send billions of dollars to Chicago to replace the lead service lines responsible for contaminating the tap water in thousands of homes.

Flanked by U.S. EPA Administrator Michael Regan outside the city’s Jardine Water Purification Plant on Lake Michigan, Lightfoot urged lawmakers to approve the legislation known as the American Jobs Act and fund the replacement of the lead service lines that connect approximately 400,000 Chicago homes with water mains buried under city streets. The metal can leach a brain-damaging chemical into drinking water.

The $2 trillion federal legislative package includes a $45 billion plan to replace every lead water line across the nation. Chicago has more of the lead service lines than any other American city, since officials required that lead pipes be used to funnel water to single-family homes and small apartment buildings for nearly a century. Federal law banned the use of lead pipes in 1986, when it was discovered that they could cause brain-damaging toxins to leach into the water.

The federal government has an obligation to help replace those lines and eliminate a “devastating public health threat,” Regan said.

A bill making its way through the General Assembly would create an advisory panel to help identify funding if federal money doesn’t come through, and require utilities to come up with a plan by 2027 to replace service lines.

In September 2020, Lightfoot laid out a plan to replace all of those lead service lines, but acknowledged that the city could not afford the $8.5 billion cost.

But the city has yet to replace a single lead service line in the eight months that has elapsed since Lightfoot’s announcement, officials acknowledged.

Lightfoot’s plan called for lead service lines from 600 homes with high levels of lead in the drinking water in low-income neighborhoods to be removed with $15 million in federal grants.

Households that earn less than $72,800 for a family of four whose home’s tap water has more than 15 parts per billion of lead could have their lead service lines replaced for free as part of the program, according to the plan.

“We owe it to our residents to begin the work and that’s exactly what we did,” Lightfoot said.

However, city officials did not even start accepting applications for that program until March, and just 41 complete applications are being processed by the Department of Water Management, spokesperson Megan Vidis said.

“We have several partial applications still in process and have begun extensive outreach to promote more submissions,” Vidis said.

In addition, Lightfoot’s plan, unveiled eight months ago, envisioned removing as many lead service lines as possible when city crews replace or repair the water mains under the street in front of homes, in an effort to minimize the disruption caused by the construction and save money.

A pilot program of 50 homes was to take place in 2021, Lightfoot said. However, only “community outreach and education for the pilot has started but excavation has not yet begun.”

Lightfoot told reporters Thursday that pilot program was “in process” and credited her administration with putting an end to decades of “kicking the can down the road.”

“Step by step, I think we are making good progress,” Lightfoot said. “We are trying with the resources we have to make meaningful progress.”

Regan’s visit to Chicago comes nearly three weeks after he told Lightfoot that a proposal from the parent company of General Iron to operate a metal shredding and recycling operation on Chicago’s Southeast Side raises “significant civil rights concerns.”

Regan promised Thursday to work with Lightfoot and city officials to protect neighborhoods in Chicago that suffer from high levels of pollution.