The images of King mark his time in Chicago in the 1960s. They were captured by Wheaton-based photographer Bernard Kleina.

Kleina’s work in civil rights began during his time as a priest, when he responded to King’s call for clergy in Selma, Alabama. He went on to capture King during the Chicago Freedom Movement, a protest against discriminatory housing practices in Chicago. Those images are now on display at the Elmhurst Art Museum’s new exhibit, “In Focus: The Chicago Freedom Movement and the Fight for Fair Housing,” which explores those events through the unique lens of both King and Kleina. 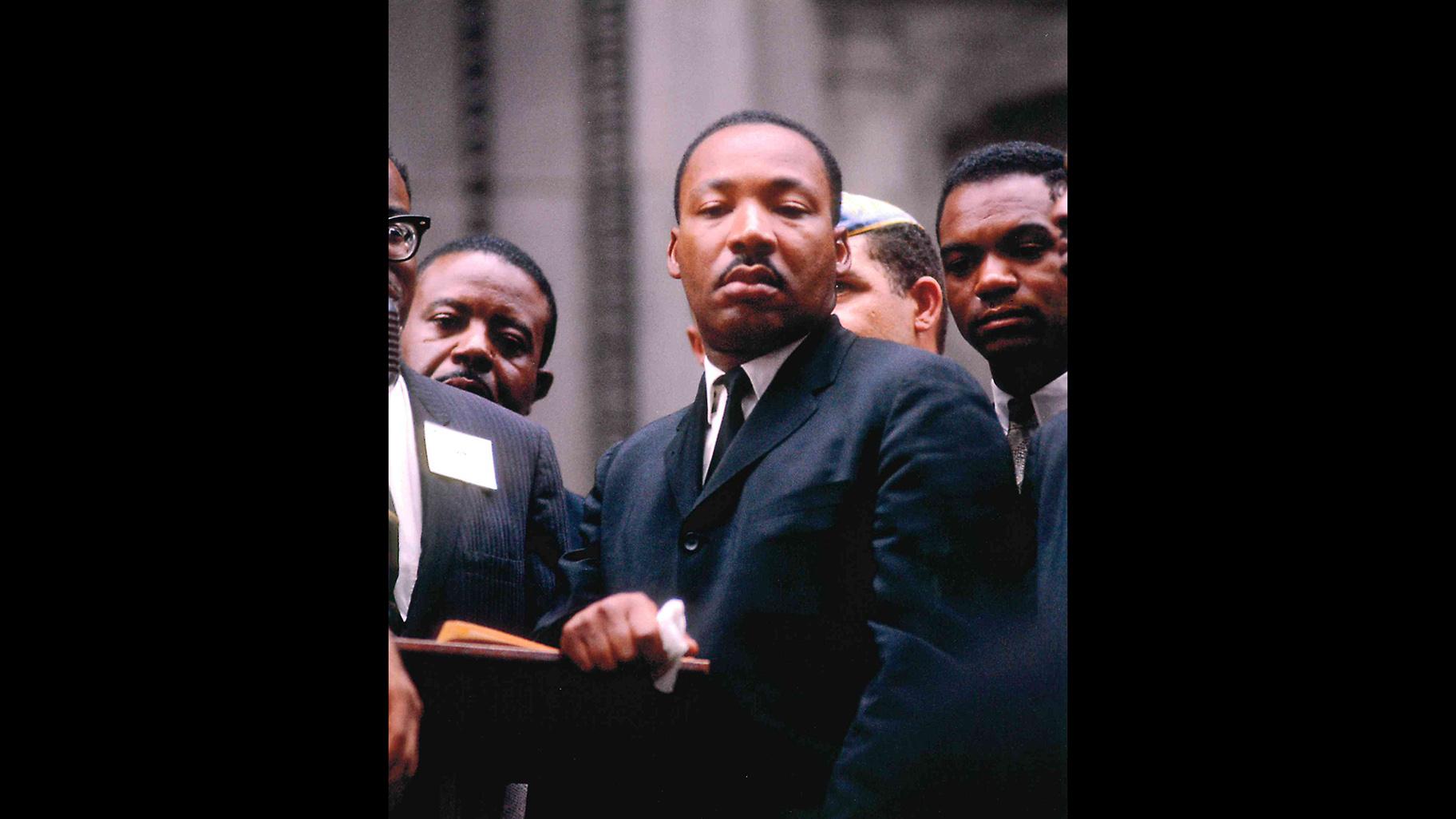 “I was surprised and even shocked at the violent response to Dr. King,” Kleina said. “I didn’t realize there’d be so much anger against him for doing what’s right. So I was able to document protests at demonstrations by taking pictures, and I realized how divided we all are in Chicago.”

From redlining to block busting to White flight, the exhibit also features a number of maps of the city and statistics that highlight the areas that have been most impacted by these discriminatory housing practices.

“I would like to say things have changed, but everything has not changed,” Kleina said. “There’s still discrimination in housing, segregation and because of that, there’s a vast difference in wealth amongst people of color as opposed to White Americans. Which means they don’t have much to leave to their children because so much of our wealth is tied into our home. If our home isn’t worth much, we have little to pass on to our children.”

The exhibit also explores the current and future state of fair housing, as depicted in images by photographer Vashon Jordan Jr. He says unity, joy, love and light were always at the forefront of these protests. 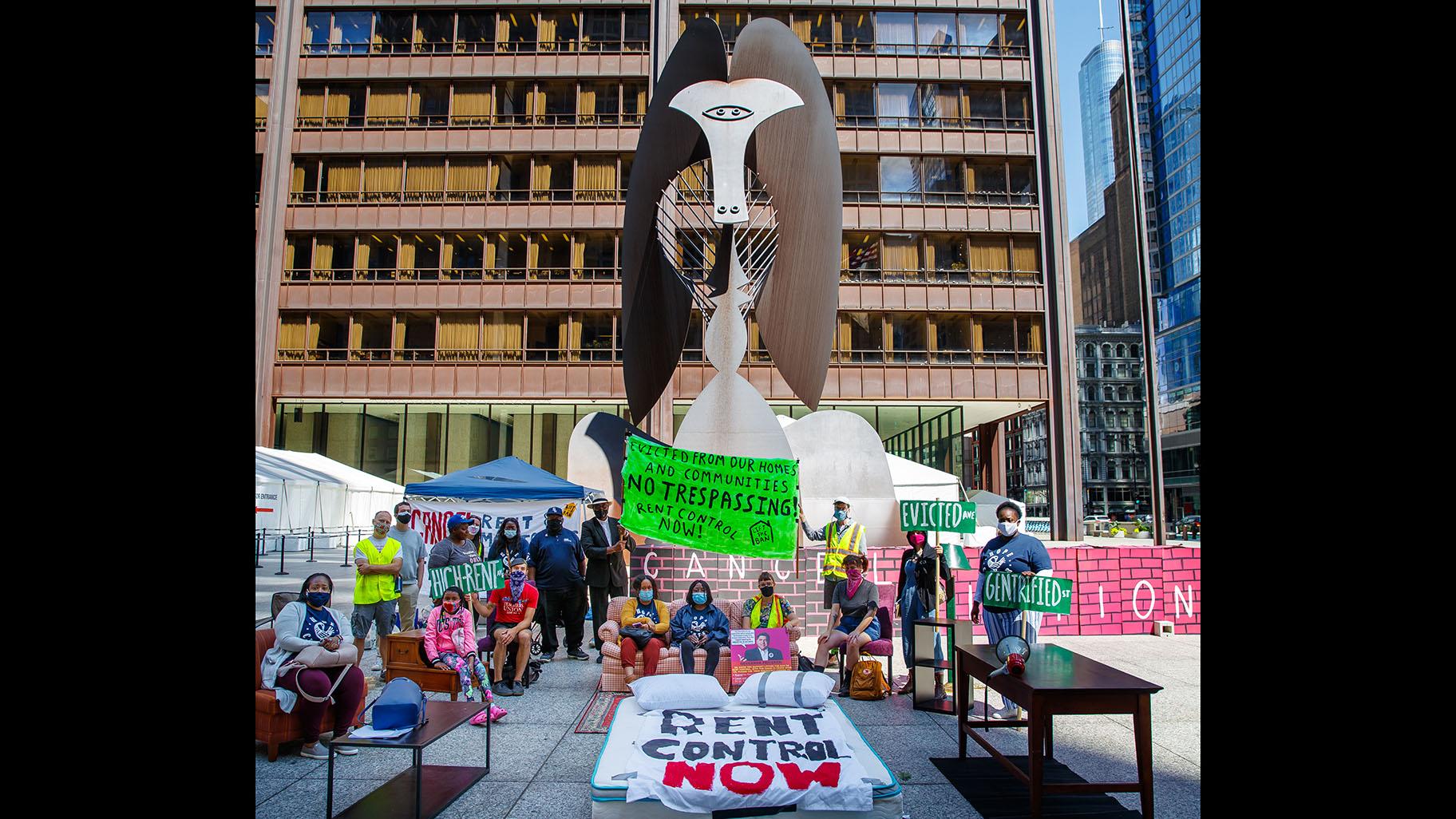 A photograph by Vashon Jordan Jr. (Courtesy of the Elmhurst Art Museum)

“Every race is separated by their own neighborhoods but for the protests everyone came together to keep pushing,” Jordan said. “No matter if it was derailed, it was still intended to promote peace and unity. When we look back at Dr. King, he wanted people to stay peaceful and get their message out without violence. As a photographer, what I want to do is bring people into the protest so they can see what’s going on, that these are real people with real stories and they’re just trying to bring everyone together and have an equal playing field for us all to succeed.”

Organizers hope one takeaway from this exhibit is that people realize that fair housing is not just a city issue, but one that impacts suburban communities, too.

“What we’re hoping people will understand is the depth of this issue everywhere,” said Elmhurst Art Museum Executive Director John McKinnon. “We’re hoping the soul-stirring photographs by these photographers can help us realize things, like the vivid color of Bernie’s photos taking us to that period and remind us it happened not so long ago.”

“When people see what’s going on, they’re more responsive,” Kleina said. “They understand immediately the hurt and danger that’s been opposed on so many people. So I encourage people to keep their cameras in their hands and not in their pockets.”

“In Focus: The Chicago Freedom Movement and the Fight for Fair Housing” is on view at the Elmhurst Art Museum until June 20.