For 48 years, the Chicago Reporter has operated as an investigative nonprofit news source shining light on issues of race and poverty.

But last month, the publication was abruptly put on hiatus by the faith-based nonprofit that owns it, the Community Renewal Society.

Its editor and publisher has since been removed and dozens of former staffers are demanding answers.

Chicago Sun-Times columnist and ABC 7 political analyst Laura Washington, a former editor and publisher of the Reporter, is leading a campaign to save the publication along with other former staffers.

“We have heard nothing – there’s been nothing but radio silence for the last several weeks,” Washington said. “And we’ve been leaving messages and sending letters and all we know is that the executive director put the publication on hiatus and removed the editor and publisher and there’s no clarity on what happens to the Reporter in the future.”

The Reporter’s staffing section lists three full-time employees, including former editor and publisher Fernando Diaz, who told the Chicago Tribune on Monday his position was eliminated and publication put on hiatus Sept. 17. 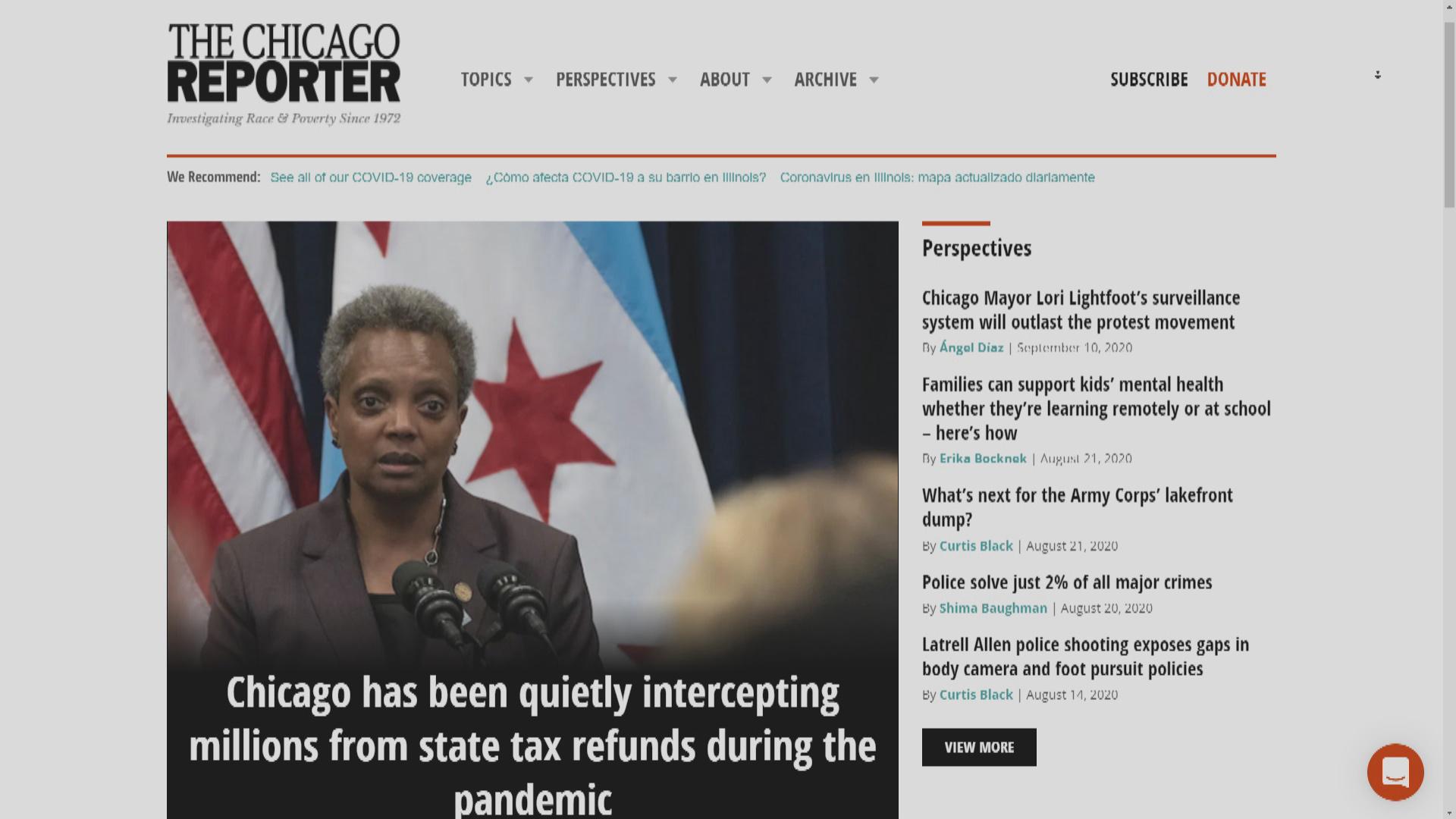 A screenshot shows the homepage of The Chicago Reporter website on Oct. 7, 2020. (WTTW News)

In a statement sent to WTTW News on Wednesday, the Rev. Waltrina Middleton, executive director of the Community Renewal Society, said the Reporter is “restructuring” and called the campaign by former staffers “manufactured hysteria and speculation that began in the hands of non-credible sources.”

“We are reimagining our future and working toward a structure that includes an Advisory Table made up of key stakeholders who will help with newsroom staffing searches and hiring decisions,” according to the statement. “The future of the Chicago Reporter is not in jeopardy, despite the manufactured hysteria and speculation that began in the hands of non-credible sources.”

American Public Media Reports investigative reporter Angela Caputo, who worked at the Reporter from 2010 to 2014, said the publication followed through on its reporting to try to make the city work better for its most vulnerable residents.

“In addition to being an investigative outlet that led to the first Justice Department settlement around discriminatory lending, we bird-dogged the city and the banks to clean up those foreclosed properties,” Caputo said. “I just don’t get it. And the only thing I can think of is [the Community Renewal Society] [doesn’t] understand what they have and so we’re trying to educate them.”

Here is the full statement from the Community Renewal Society:

That is why we are reimagining our future and working toward a structure that includes an Advisory Table made up of key stakeholders who will help with newsroom staffing searches and hiring decisions. It is the only way we can improve the function of our newsroom and grow the effectiveness of the award-winning work we do at the Chicago Reporter.

The future of the Chicago Reporter is not in jeopardy, despite the manufactured hysteria and speculation that began in the hands of non-credible sources. In fact, we are deeply committed to our mission to ensure that the Chicago Reporter newsroom continues to grow and actively reflect values that are critical to inclusive, full-scale investigative journalism.

What we’ve seen play out in the press about staffing changes at the Chicago Reporter is partly a human resources issue that cannot be addressed publicly, but here’s what we can say:

o   The Chicago Reporter will always function with the utmost integrity, inclusivity and independence that we expect of a newspaper that digs into issues of inequality — issues that rarely receive thorough and regular examination by mainstream media organizations.

o   In one of the most segregated cities in the United States, full stories can only be told if they’re reported by voices that have a deep understanding of our individual communities.

o   The Community Renewal Society has the utmost respect for the role of the press, specifically the role of the Chicago Reporter and its editorial independence, and so we will always hold our newsroom management and staff to that same standard.

For the entirety of its 138-year history, the core of the Community Renewal Society’s work has been focused on its mission to eradicate racism and poverty, and prophetically call faith communities to action in pursuit of a Beloved Community. This work includes the production of the Chicago Reporter, a Community Renewal Society-owned publication that has always — and will always — maintain journalistic integrity and independence.