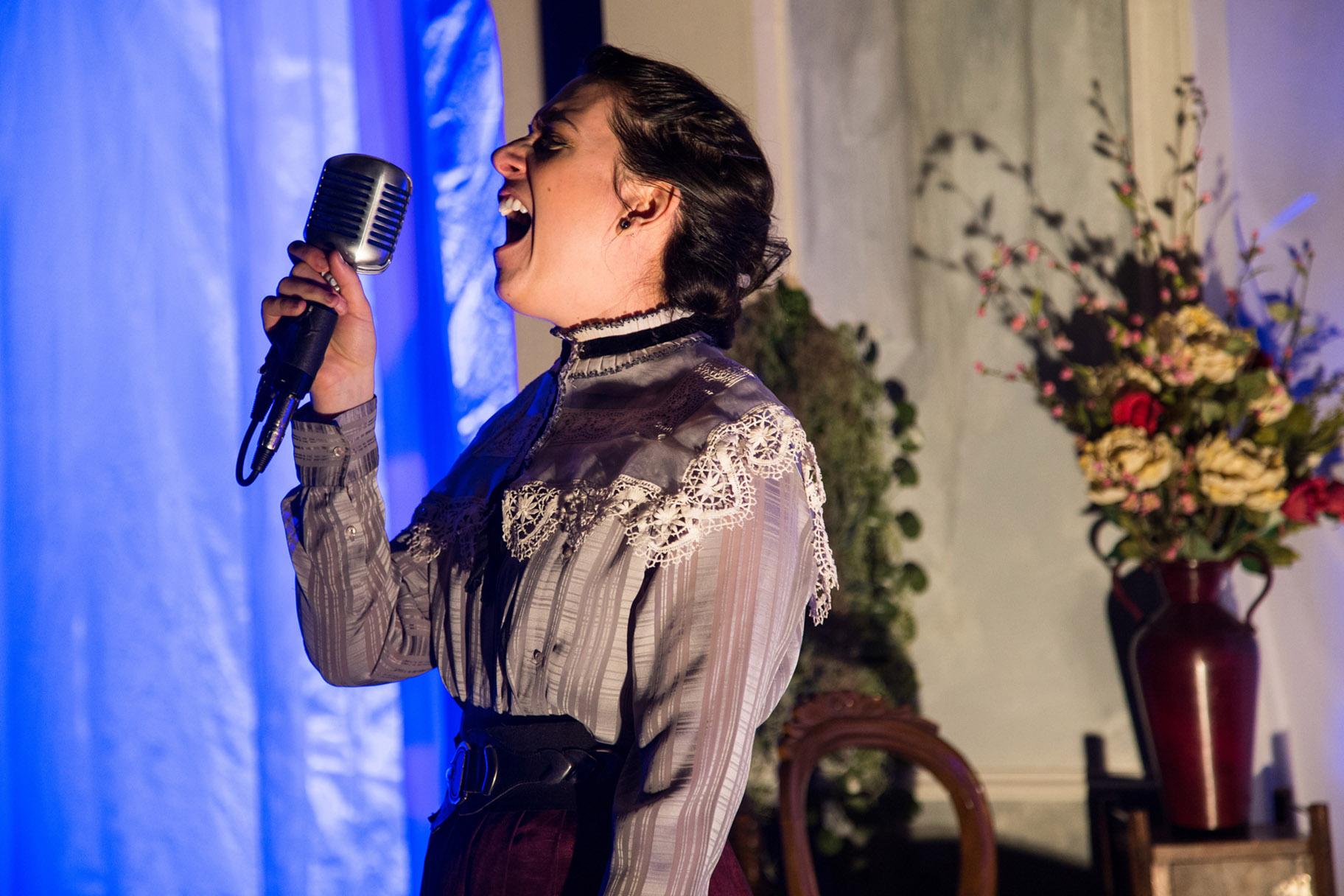 When it comes to revivals of Henrik Ibsen’s plays in this era of neo-feminism it is “A Doll’s House,” and Nora Helmer – the unhappy young wife in a 19th century bourgeois household who famously slams the door on her husband and children in pursuit of an independent life – who attracts most of the attention. And this past fall’s production of the play at Writers Theatre was exceptionally strong.

But it is the title character in “Hedda Gabler” – a desperately unhappy newlywed from a wealthy family who is repelled by her decent but tediously academic and financially strapped new husband, and who willfully burns every bridge around her – who takes the cake. As the saying goes, Hedda is “a real piece of work.” And in the new production of the play by the ever-intriguing TUTA Theatre – expertly adapted and directed by Jacqueline Stone, periodically musicalized in punk rock style by composer Wain Parham, and, most crucially, portrayed to uncanny effect by Lauren Demerath – she has never been more compelling and convincing. And while the music might seem like quite an anachronism, it is, in fact, ideally suited to Hedda’s psychological makeup. And, unlike many revisionist versions of classics, it ideally enhances rather than undermines the original. 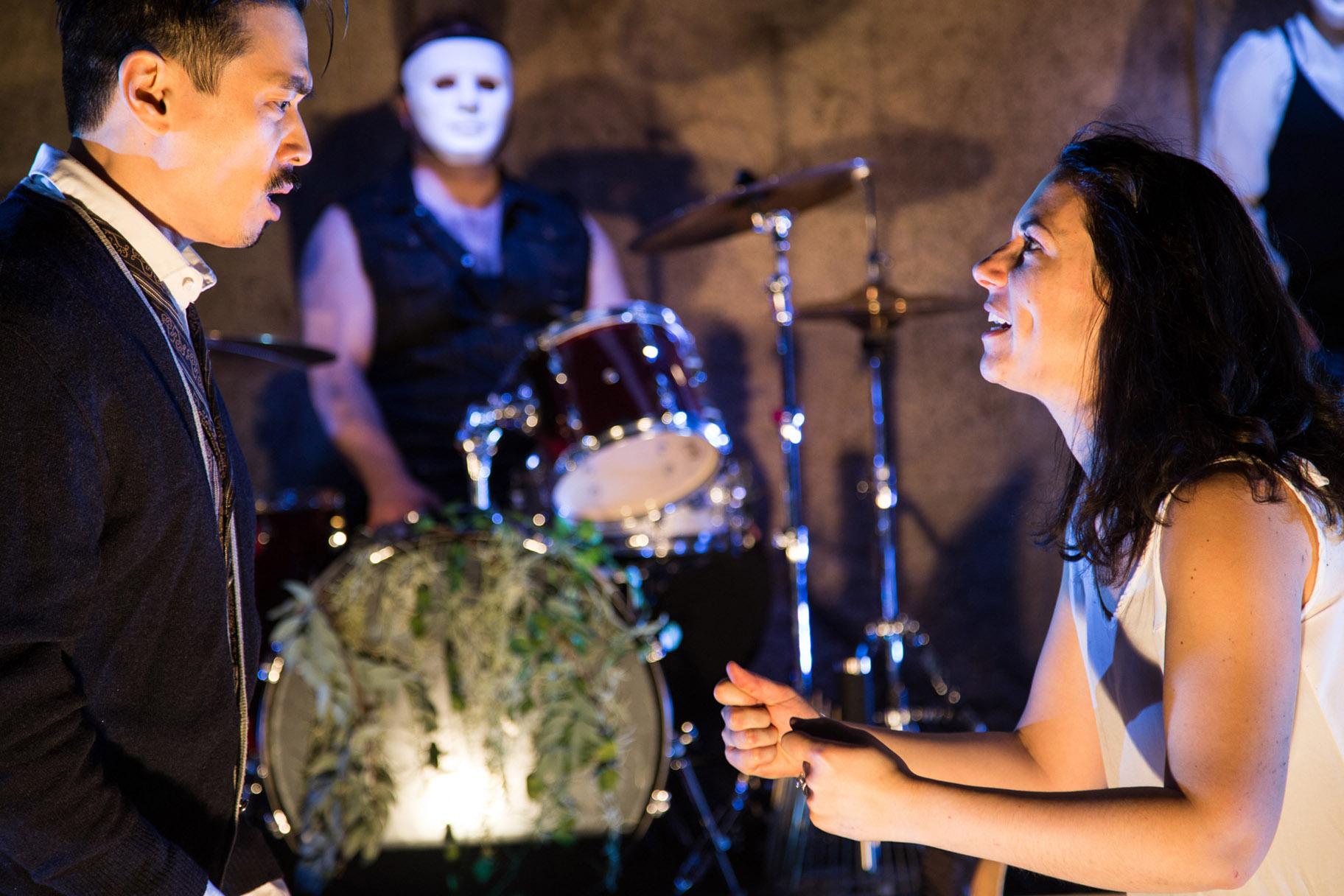 The play opens after Hedda, the spoiled daughter of an aristocratic general, has just arrived home to the lavish villa her husband, George Tesman (Huy Nguyen), cannot really afford but agreed to purchase in order to please his wife. The couple had just been off on a six-month honeymoon during which George spent most of his time in libraries working on the book he hopes will earn him a professorship. Good-hearted but boring, George is clearly still stunned that Hedda ever agreed to marry him, and unaware that she did it only because she sensed he was her last chance.

Hedda detests her new life, feels trapped by the unspoken secret that she might be pregnant, and takes her frustration out on George’s doting aunt, Juliana Tesman (Joan Merlo), and Berta (Amy Gorelow), the housekeeper who earlier on was George’s nanny. And she plays seductive games with the odious Judge Brack (Tom Dacey Carr), who knows a bit too much about her, and suggests he might become a third wheel in the marriage.

But the real chaos takes hold with the return to town of Eilert Lovborg (Kevin V. Smith), the scandal-ridden (but now recovered) alcoholic who is George’s academic rival, and who has just published a highly praised book that very likely will earn him the very professorship George covets. 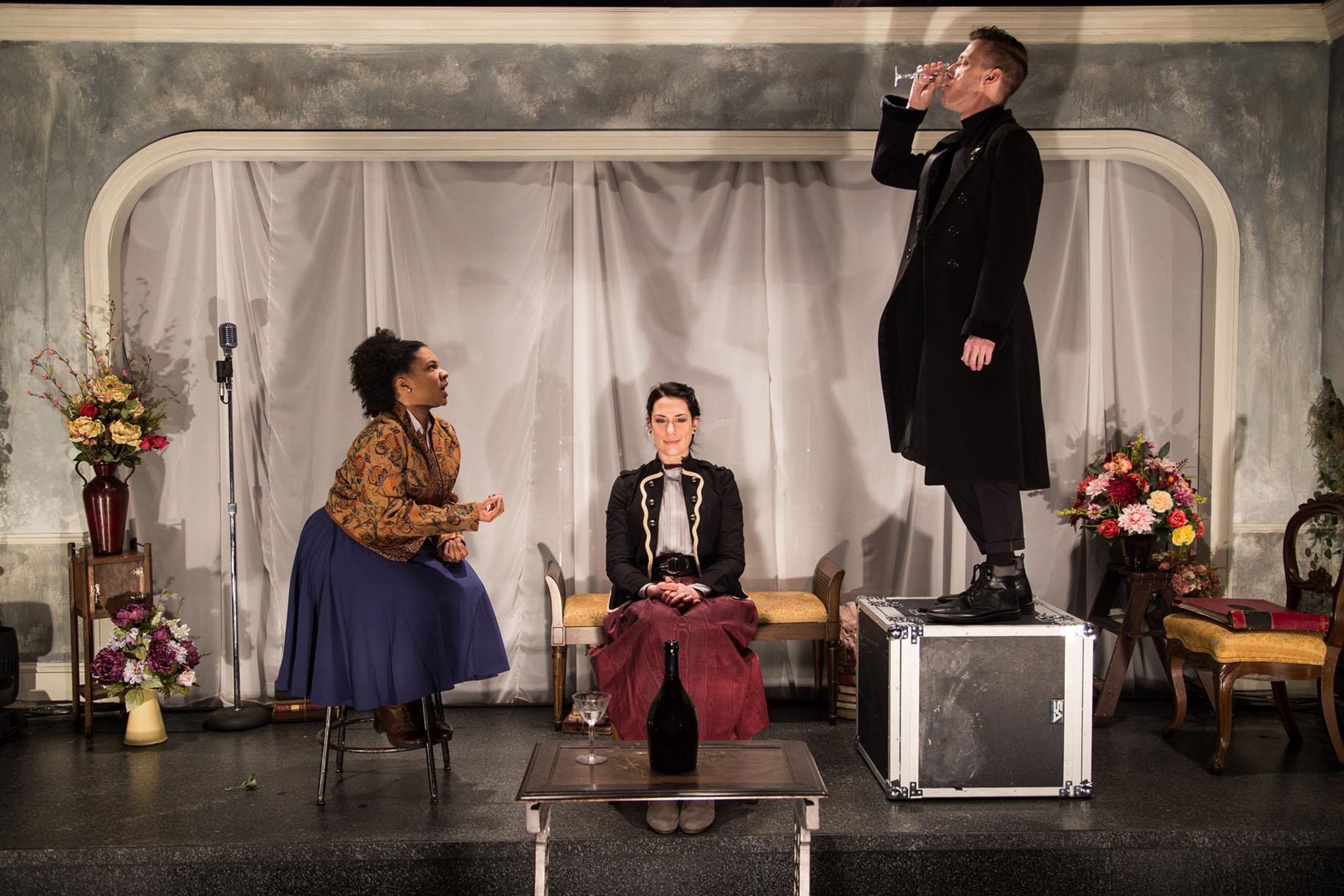 As it happens, Eilert and Hedda were intimate friends in their youth, and their passion remained unresolved. In the interim, Eilert tutored the child of a wealthy family where Thea Elvsted (Aziza Macklin), once a schoolgirl acquaintance of Hedda’s, and now the unhappy second wife of a recently widowed older man, became his invaluable helpmate and emotional support while he wrote his book. Thea, as it happens, has slammed the door on her own unhappy marriage and followed Eilert to the city, unaware that the fire between him and Hedda still blazes.

What follows, of course, is the destruction of a manuscript, and a dual suicide meticulously engineered by Hedda, who envisions “beautiful deaths” as her only alternative.

Demerath’s performance is a stunner, ideally capturing the arrogance, pain, desperation, snobbery, self-loathing, lust for power and hunger for passion that drive Hedda. She also sings Parham’s songs, which serve as Hedda’s soliloquies, with a warped, feverish rage, and an aching realization that she will never have the life she most desires. And those musical interludes work brilliantly. 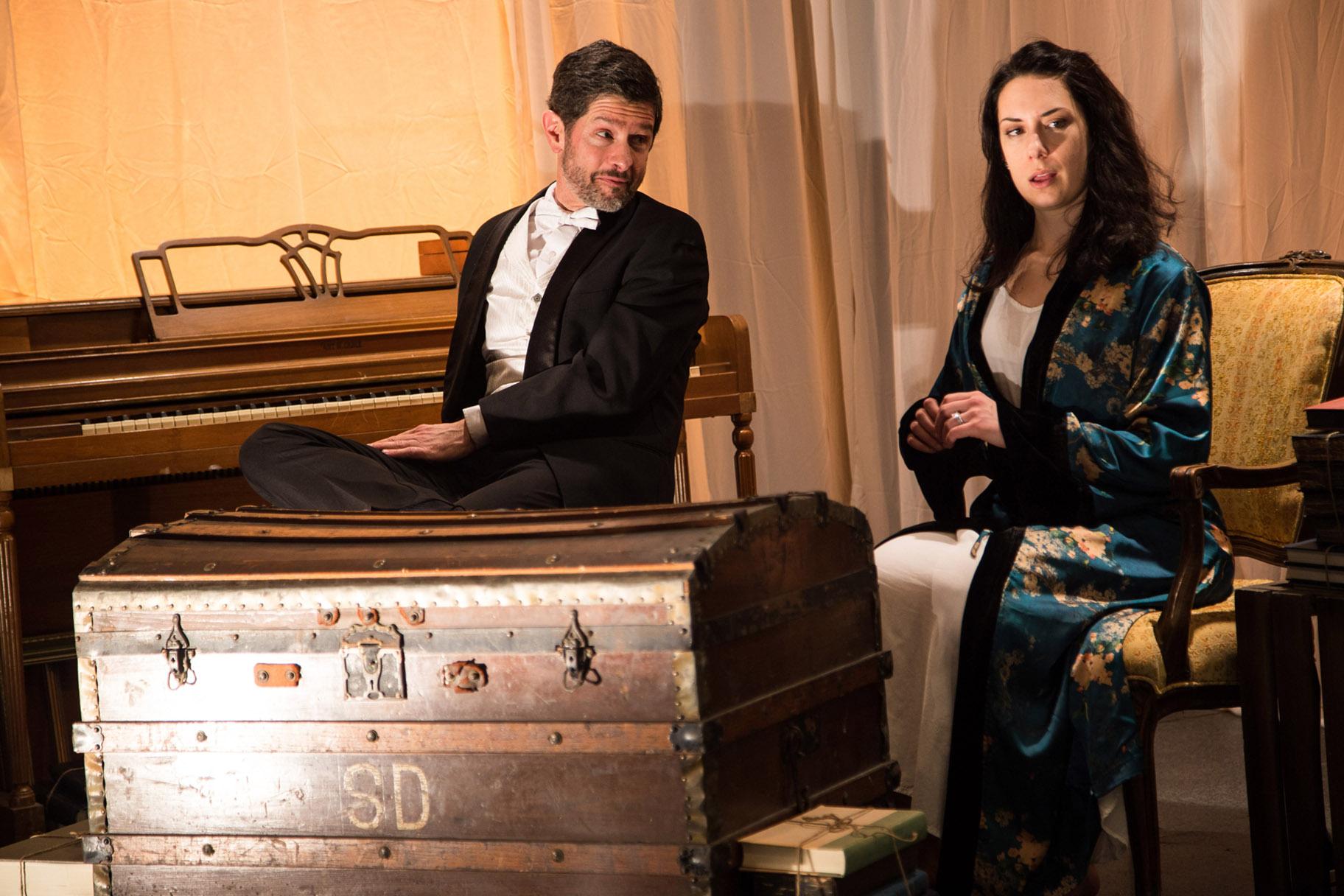 Nguyen ideally captures the sense of a decent but clueless man who is in way over his head. Smith brings a smoldering sense of a man bedeviled by his own genius and self-destruction. Carr is just oily and manipulative enough as Judge Brack. Macklin deftly suggests Thea’s mix of naivete and directness. Merlo gives a fine portrayal of George’s selfless aunt. And Gorelow’s face suggests that she sees all that is wrong with Hedda and George.

Parham, on keyboard, leads a power band from behind a sheer curtain, with Eric Loughlin on drums and Gorelow on guitar. And at one point the trio even dons white face masks that add a deathlike quality to the proceedings.

And this note: TUTA’s production is the last to be staged in this building that, over the years, has served as home to a couple of different companies, including Strawdog Theatre. The property is now up for sale and designated for “transit-oriented redevelopment.” Sorry to see it go.

The TUTA production of “Hedda Gabler” runs through March 29 at Strawdog Theatre, 1802 W. Berenice Ave. For tickets ($25-$40, and free for any Chicago high school or university student who must simply make a reservation online) visit tutatheatre.org.