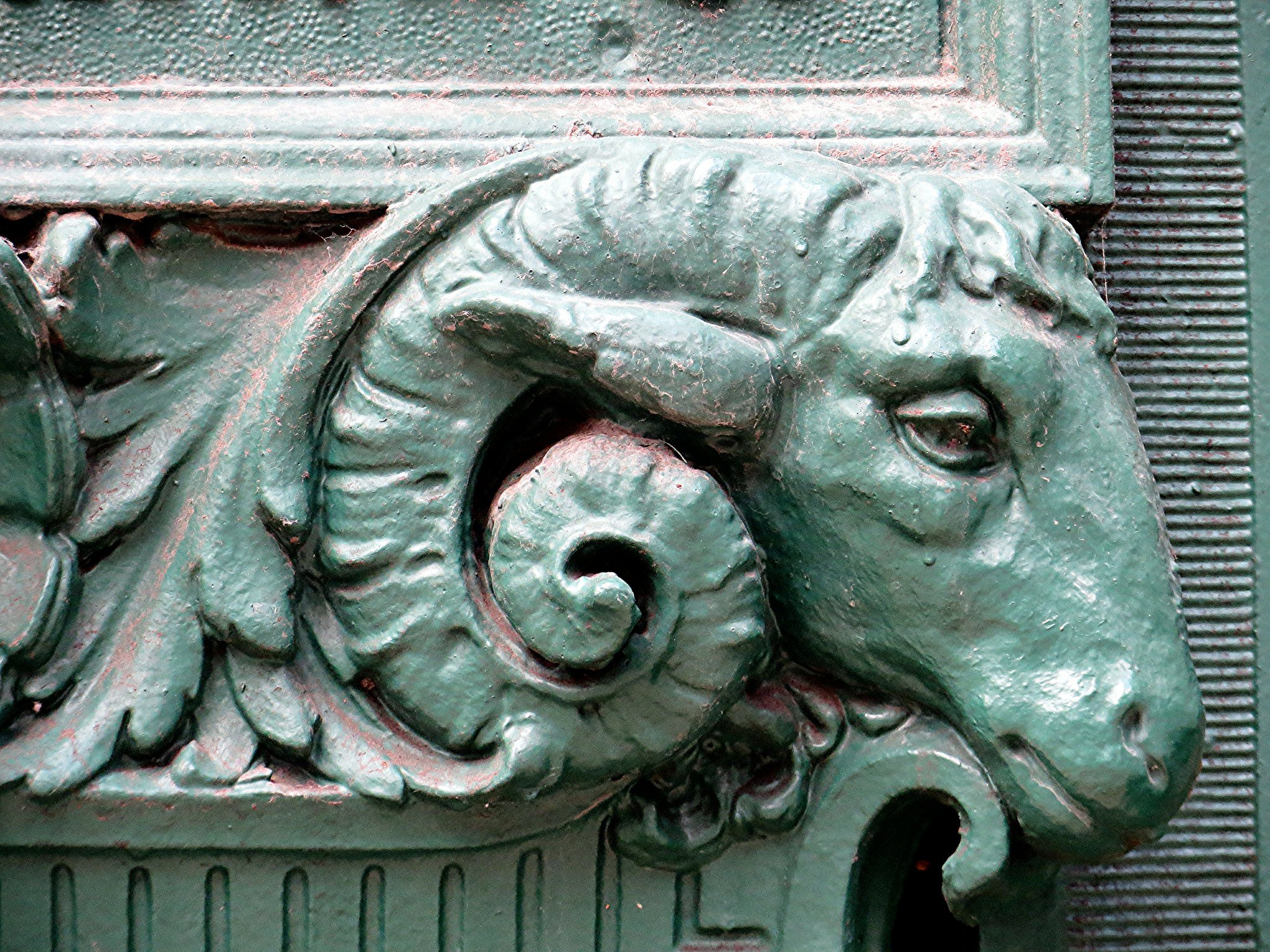 A few years ago, Deborah Mercer was scrolling through the thousands of photographs she’d taken of Chicago’s architectural features and started grouping them into collages.

Decorative lions and lambs, carved into stone and terra cotta, formed a natural grouping. You know, because of the saying, “March comes in like a lion, goes out like a lamb.”

Recently, she dug up the collage and posted it to Twitter, where she’s amassed 1,100 followers, including this reporter, who’ve come to know her, in a social media kind of way, as one of the unofficial documentarians of Chicago’s urban landscape.

No one is more surprised by that description than Mercer herself. For the retiree, it’s been an interesting, and unplanned, second act.

Back in 2012, she cut back to half-time hours at her job as a teaching assistant and decided to start exploring the city, armed with an interest in architecture and an Android phone.

“It just kind of grew,” said Mercer, who lives in Oak Park, where she raised her family.

By 2016, she was fully retired and had swapped out her phone for a Canon point-and-shoot, nothing fancy, because she still very much considers herself a hobbyist, despite 19,000 uploads to Flickr and counting.

“I really don’t know much about photography and I don’t want to,” said Mercer, who has no formal training. About as close as she’ll come to acknowledging any talent is to say, “I think I have a pretty good eye.”

It’s when she challenged herself to visit neighborhoods she’d never been to that Mercer’s work began to focus almost exclusively on the South Side, a large swath of Chicago that, for most of her life, had been “this place you just didn’t go.”

“I hate that Chicago is so segregated,” Mercer said. “When I post a photo, sometimes people will comment, ‘Oh, be safe.’ But when I go into these neighborhoods, I just see people living their lives.”

The graystones and brownstones on King Drive are among her favorites to photograph, along with “ghost signs” on West Madison and everything in Pilsen. Lately Mercer has been venturing into Back of the Yards and Canaryville, where she finds the presence of old industrial buildings infinitely more interesting than the city’s residential areas. They’re puzzles to solve in some ways — what were they once used for, and when, and by whom?

Remnants of the city’s manufacturing and commercial past, some of them dating to the mid-1800s, tell the story of Chicago’s working life, she said, a story that’s being written over by redevelopment.

“That’s why the North Side is such a problem, so much new stuff is being built,” said Mercer. In West Town, she said, “Every other building is one of those modern rectangles.”

Mercer recalled the first time she stumbled across the Central Manufacturing District in McKinley Park, which was just named to Preservation Chicago’s “Most Endangered” sites.

“I thought, ‘How did I not know about this? This is amazing,’” she said. “I would hate to see all that erased.”

The thrill of turning a corner and coming across something new, to her at least, is what keeps Mercer heading out with her camera week after week, she said.