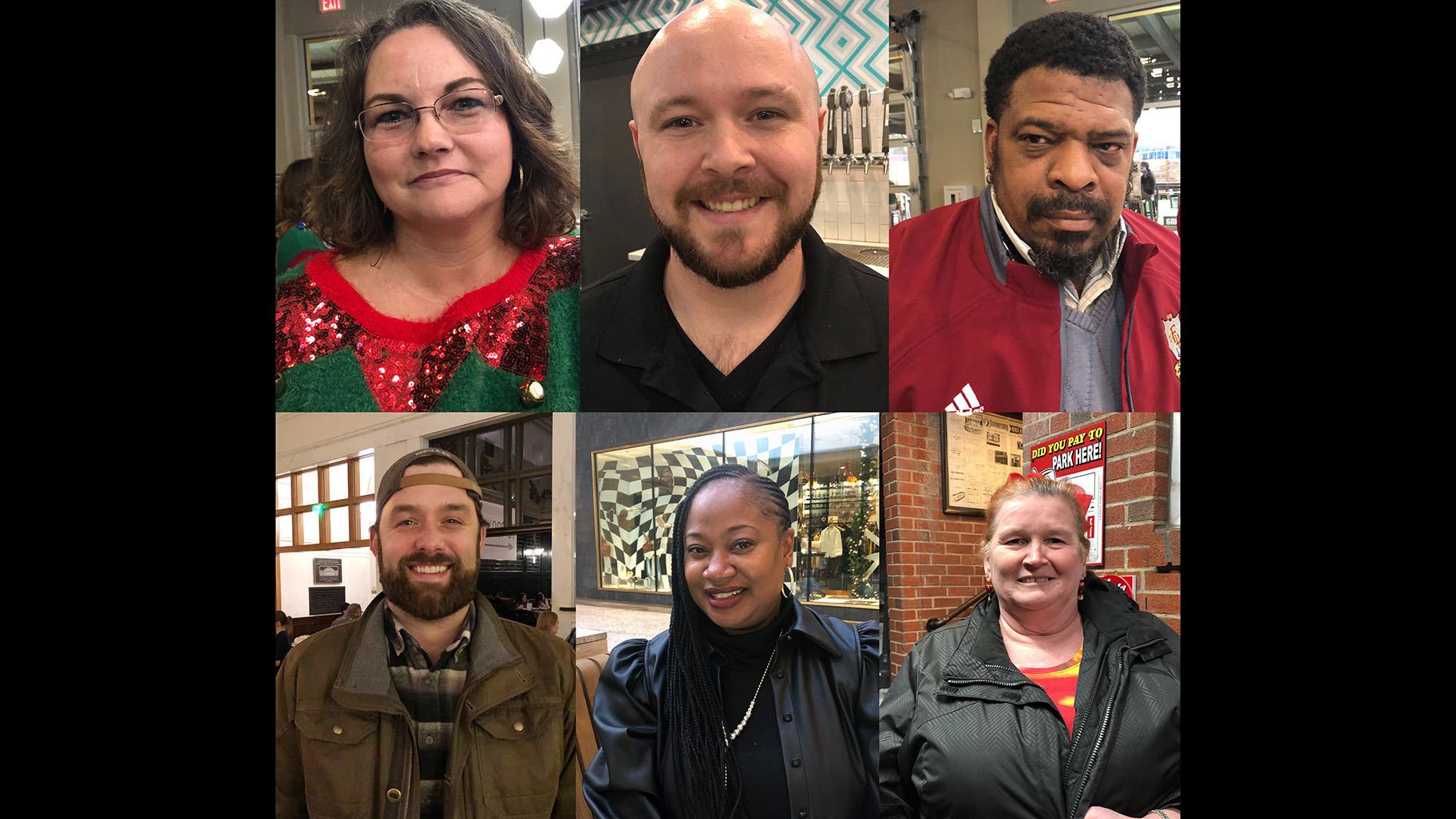 We interrupt the holiday spirit to bring you the impeachment of a president.

In festive haunts, buzzing stores and rush-hour frenzy, Americans absorbed the moment Donald Trump became only the third president branded with the mark of impeachment, the Constitution’s gravest political indictment.

Depending whom you ask in this deeply polarized country, Americans saw the House vote Wednesday night as a just expression of the nation’s founding document, or a gross distortion of it. They saw Trump getting what he deserves, or being hunted like a witch.

They reflect the polling that finds a great divide over whether Trump should be driven from office. On this, though, they might agree with Mark McQueen, a state government worker in Tallahassee, Florida: “Tensions are high across the land.”

The Associated Press asked people about the impeachment in a half-dozen states important in the 2020 election or in the primaries that will choose Trump’s Democratic rival.

At the moment of Trump’s impeachment, the loudspeaker at the Tempe Marketplace blared “Feliz Navidad.” Children danced on a stage next to a Christmas tree taller than the surrounding buildings at this outdoor mall in the Phoenix suburbs.

Ana Daugeterre, a 34-year-old claims adjuster from nearby Mesa, responded “yay!” when she saw the impeachment news on Snapchat while waiting to meet a friend. “He’s very disrespectful, not just to women but to everyone,” she said of Trump.

Few were paying attention to the historic vote, among the young people taking selfies by the tree and the parents watching their children play in the specks of soapy water sprayed from the roof — what counts as snow in the desert.

“Sad day,” pharmacist Rudy Dragone said when he learned what had just happened. “I think they should leave the man alone,” he added. “I don’t think you can run a country without breaking a few eggs.”

Sports and an occasional holiday movie played on more than two dozen televisions at the assorted bars, restaurants, yogurt shops and hair salons. None showed the proceedings in Congress.

Eddie Ramos, a Las Vegas activist, followed the weeks of proceedings closely but missed the impeachment vote because he was attending a meeting of Latino leaders and Cory Booker, a Democratic presidential contender and senator from New Jersey. Impeachment didn’t come up at the meeting.

Ramos clung to hope that the Senate would remove Trump from office — against all expectations. “The concerns right now I’m having is with the Republicans, and the reason is because they don’t see the evidence,” Ramos said. “The evidence is right there. They don’t want to listen to anybody.”

As House members started voting, Booker drove across town to meet members of the Asian American and Pacific Islander community at a boba shop in the Las Vegas’ Chinatown district. Booker again didn’t bring up the impeachment, instead joking around and chatting with voters before heading off to a town hall.

Two televisions by the bar of the Puritan Backroom restaurant in Manchester showed the impeachment debate and vote. Chris Pappas, a Democratic congressman from New Hampshire, is a co-owner of the restaurant and announced just days before that he would support both impeachment articles.

At the restaurant, one person briefly cheered when the first impeachment article reached the necessary number of votes while one woman called out that it was a sad day.

Watching from a table near the television screens showing the vote, Susan Berntsen, a 54-year-old Republican and senior mortgage underwriter at a local bank, said she had voted for Trump in 2016 and felt the House has “tried to get rid of my vote.”

She had voted for Pappas in the past but “I will not vote for him again,” she said. She added, though: “We’ll frequent his restaurant.”

Walking outside, James Adamonis, a 39-year-old Navy veteran, voiced support for the impeachment. “He does absolutely nothing for this country, especially for veterans like myself,” Adamonis said. “He’s just an awful president. Everything he’s done has been a lie right from the get go.”

Robert James, 72, was people-watching at a Los Angeles mall and waiting to meet a friend. He felt no need to watch the House debate because he’s heard all the talking points already. “It’s kind of like, how much can I listen to, you know?”

He found the impeachment to be a waste of time, even while thinking Trump needed to be “marked” somehow for improper conduct.

But Jake Murphy, 25, who works at a store in the mall, saw value in what was done and noticed plenty of people keeping tabs on developments. Murphy said the process can feel futile when the outcome — impeachment in the House, acquittal in the Senate — is essentially preordained.

Yet, he said, “I think 20, 30, 40 years from now, we’ll look back when something else worse happens and we’ll have this to stand by. We didn’t remove him from office but we still did something.”

Morgan O’Sullivan, a 31-year-old Denver brewpub owner and Democrat, kept glancing at his phone as it sent him alerts.

His immediate wish: that his state’s Republican senator, Cory Gardner, doesn’t just fall into partisan lockstep during the Senate trial on the House articles of impeachment. If Gardner shows some independence, he said, “I’d gain a significant amount of respect for the Republican Party and I’d start to believe there was some bipartisanship out there.”

The holiday song “It’s the Most Wonderful Time of the Year” played at Denver’s Union Station as the House voted. Couples sipped drinks and commuters rushed for trains. Almost everyone else was looking at laptop or phone screens but not at the goings-on in Washington.

Chacon quickly became disenchanted with Trump after the election and wants him out. She doubted impeachment will accomplish that but said that “it shows we have a voice as a people.”

“Any time you impeach a president, it’s a historic moment,” said Aimee Brewer, 49, a nurse from Monticello, Florida, who voted for Trump in 2016. “Being impeached is bad, but I don’t know if it’s going to be just a blemish or something bigger. Either way, I’m going to support him.”

She said of the Democrats: “They never really made a decent case against him. We needed a little more proof; it was all circumstantial.”

Concerning her support for Trump, she said: “I don’t necessarily like listening to him and reading his tweets, but I like everything else he’s doing.”

Mark McQueen, 46, is an informational technology engineer with the state government and a Democrat. “We are divided as a society,” he said. “Tensions are high across the land. I think people risk losing faith in the political process.”