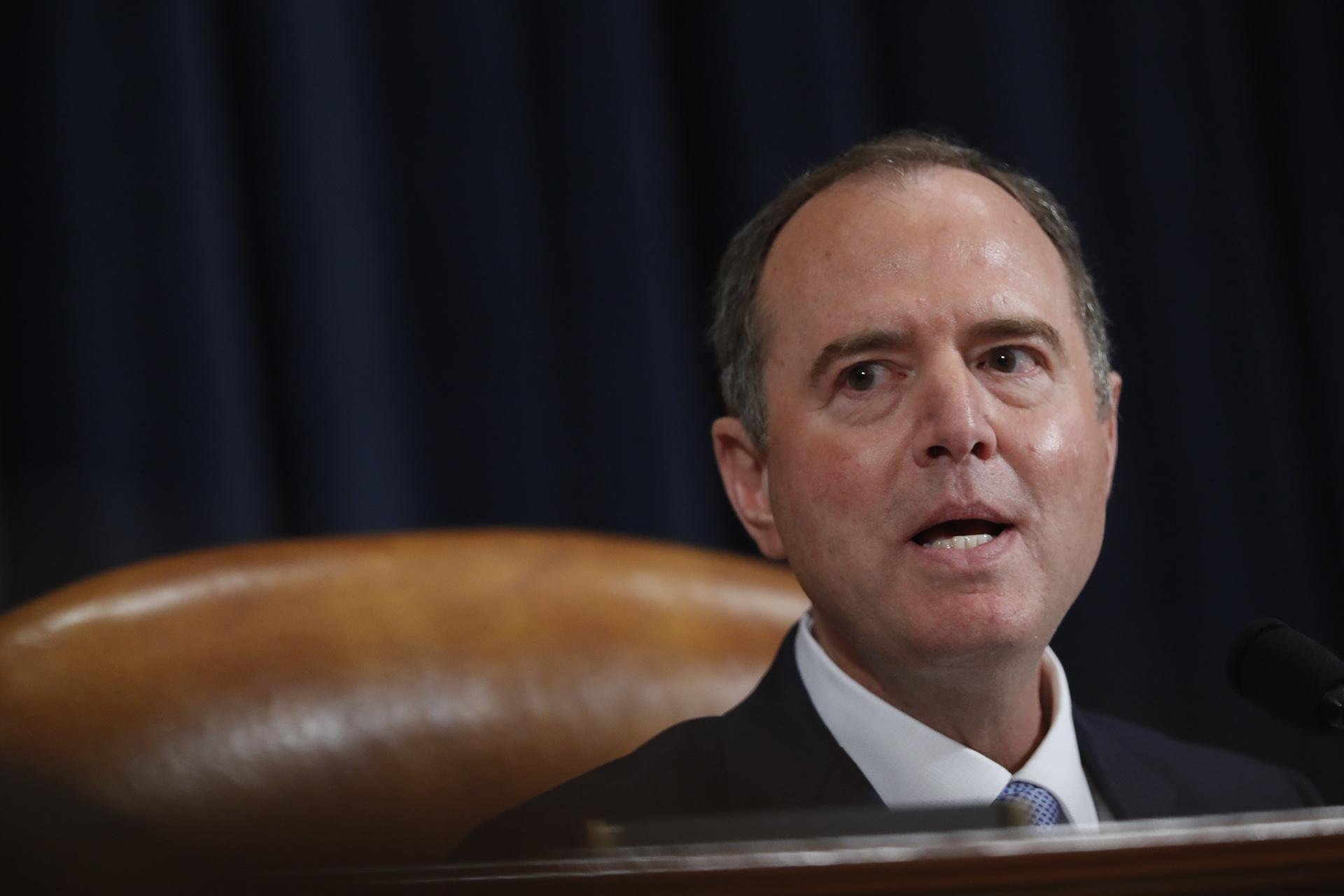 Schiff said on CNN’s “State of the Union” that his committee continues to conduct investigative work, but he won’t let the Trump administration stall the inquiry.

Schiff’s staff and others are compiling the panel’s findings to submit to the House Judiciary Committee, which is expected to open its own hearings to consider articles of impeachment and a formal recommendation of charges. He said his committee may need to file addendums to its report so that the Judiciary Committee can move ahead.

Democrats argue that the president leveraged his office for personal political gain. Trump had $391 million in congressionally approved U.S. assistance withheld from Ukraine from July to September and pushed Ukraine to launch investigations into political rivals. But Republicans contend that the allegation he sought to bribe Ukraine is unsupported by firsthand testimony.

The ranking Republican on the House Intelligence Committee, Rep. Devin Nunes, said on Fox News “Sunday Morning Futures” that public hearings over the past two weeks have drawn in many Americans who don’t normally follow cable news. He said the hearings showed House Republicans are serious legislators and were “nothing but a total disaster” for Democrats.

“It’s probably the first time that they actually realized this whole Russia thing was a hoax and the Ukraine thing is a hoax,” Nunes contended.

Schiff said he wants to talk with constituents and colleagues before making a final judgment on impeachment. Still, he argued that the evidence produced so far “overwhelmingly shows serious misconduct by the president.”

Congressional Republican support for Trump is showing no overt signs of buckling. Schiff said that if no Republicans ended up voting to support impeachment, he believes it would mean a failure of the GOP to put the country over their party. He contended that if President Barack Obama had acted like Trump on Ukraine, Republicans “would have voted to impeach him in a heartbeat with a fraction of the evidence.”

“If this had been a Democratic president, I would be among those leading the way and saying, we need to seriously consider impeaching this president,” Schiff asserted.

Polling has shown that while public opinion has shifted recently toward slightly backing Trump’s impeachment, Democrats strongly support the effort while Republicans vehemently oppose it. Independents have been divided.

If the Democratic-led House did vote to impeach Trump, the case would then move to the Senate where a trial would likely take place in early 2020.

Sen. John Kennedy, R-La., said on “Fox News Sunday” that he expects the House to vote to impeach.

“When it comes to the Senate, I do not think the allegations will be summarily dismissed,” Kennedy said.

He said he is in favor of letting all sides “offer whatever in terms of evidence and bring whatever witnesses they want.”

“I don’t mind sitting there as long as it takes,” Kennedy said.