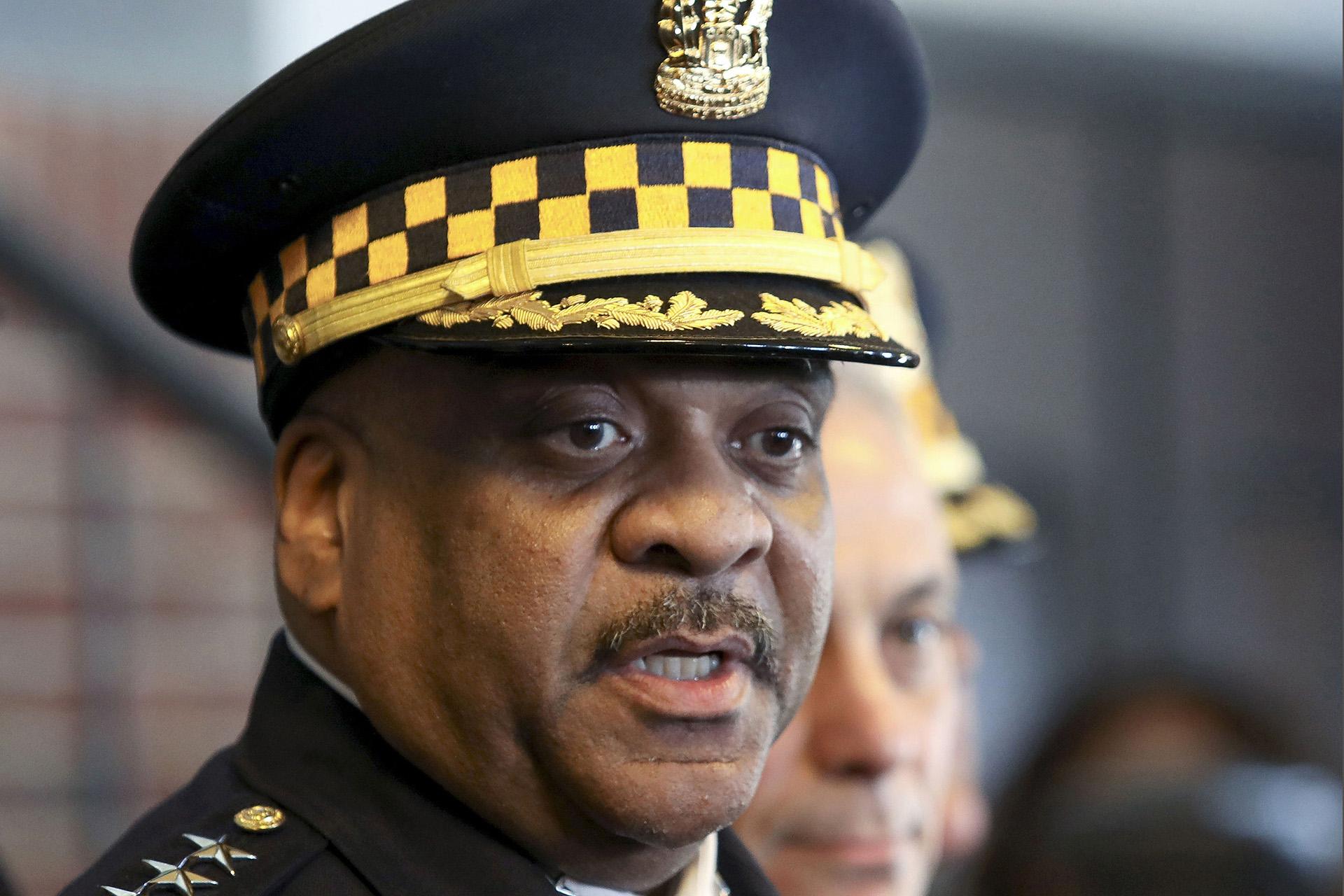 CHICAGO (AP) — Chicago's mayor said Friday that the city's top police officer told her he'd had "a couple of drinks with dinner" before he fell asleep at a stop sign while driving home, an incident that the chief contends was related to a change in his blood pressure medication.

Mayor Lori Lightfoot told the Chicago Sun-Times that she agreed with Superintendent Eddie Johnson's decision to request an internal affairs investigation of the Thursday incident to assure the public he's not trying to hide anything about his actions. Officers responded to a 911 call from a passerby reporting that someone was asleep in a vehicle at a stop sign.

"It was the right thing to call for an investigation...," Lightfoot told the paper. "We'll see how that plays itself out."

After the newspaper's report, department spokesman Anthony Guglielmi said in a statement that, "While we have no indication of impropriety at this time, this question can only be answered by the internal affairs investigation."

On Thursday evening Johnson told reporters that he was driving home at about 12:30 that morning, after having let his driver go home to his family, when he felt lightheaded. He said he pulled over and fell asleep.

The responding officers found Johnson slumped over but allowed him to drive home and did not administer a breathalyzer test or a field sobriety test. Johnson said officers do such tests only when a motorist appears impaired or officers smell alcohol or cannabis.

He said the medical episode was the result of not following doctor's orders.

"When he adjusted my medication, I took the old medication for high blood pressure, but I failed to put the new medication in," he said.

During a news conference with then-Mayor Rahm Emanuel in early 2017, Johnson had to be helped to a seat after he wobbled and appeared to be about ready to fall to the ground.

The Thursday episode is just the latest scare for Johnson, who was diagnosed decades ago with a kidney condition, which two years ago led to a transplant — with his son as the donor. Earlier this year he was hospitalized for a blood clot.

In her comments, Lightfoot said that Johnson told her about how he had just changed medication, and said she has "no reason to doubt" his account of what happened.

"We know he's had some medical issues," she told the Sun-Times. "he's on the other side of a kidney (transplant) operation, which is obviously very, very serious. There have been some issues with high blood pressure, and so forth."

Johnson has been trying to restore public confidence in the department shattered by the 2015 release of the now infamous dashcam video of the fatal 2014 police shooting of black teenager Laquan McDonald, both of which happened before he became superintendent. He said he wanted to take steps that would assure the public that his account was accurate.

The investigation into Johnson will be handled by the public integrity unit within the department's internal affairs division, police spokesman Anthony Guglielmi said Friday. That unit is comprised of officers who are detailed to the FBI and work out of the FBI's Chicago office.

"If they have any sense that there was any impropriety, they would refer the case to outside investigative agencies," Guglielmi added.