There is new insight into the fatal shooting of Laquan McDonald and whether or not there was a large-scale cover-up of the initial incident to protect the Chicago police officer who shot him.

That officer, Jason Van Dyke, was convicted of second-degree murder for the killing last year, and sentenced in January to roughly seven years in prison.

On Wednesday, the city’s law department released a highly anticipated, sweeping report about the 2014 shooting, including recommendations for the punishment of 16 Chicago police officers, sergeants and lieutenants involved in the incident directly or in drafting and approving official statements about the event.

In all, the report recommends 11 of those police officers be fired. Five others, the report says, should be disciplined for violating department policy and failing to turn on audio or video recorders in their squad cars the night of the shooting.

Many of those officers resigned, retired, or were discharged. But WTTW News analysis shows that five officers who were recommended for discipline and/or firing by Inspector General Joe Ferguson are still active on the force.

One of those is Dora Fontaine, an officer who pulled up to the scene as Van Dyke was in the act of shooting McDonald 16 times. 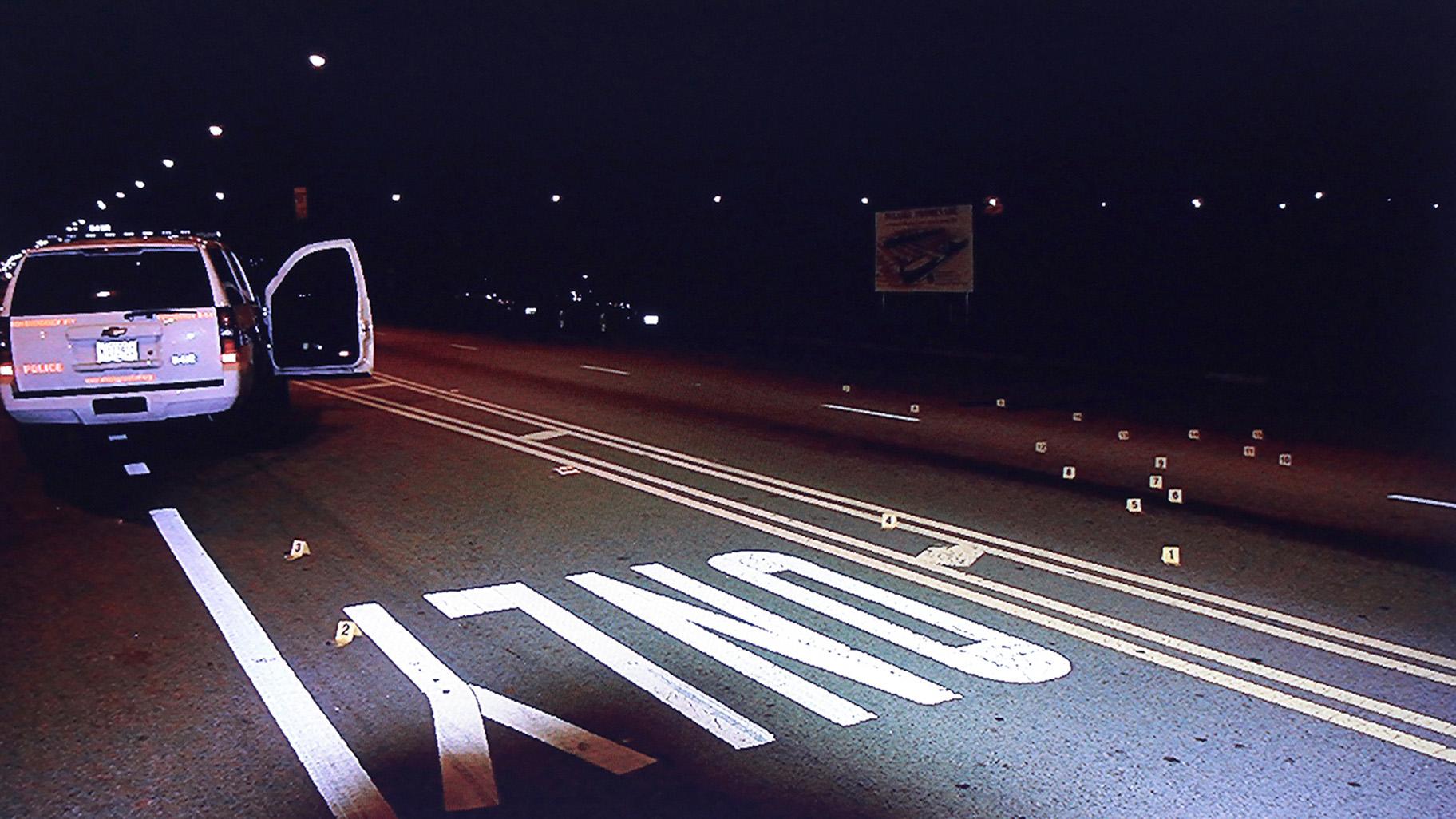 Ferguson’s report recommended her discharge from the department because of false statements she made about the shooting, but Police Superintendent Eddie Johnson disagreed with that recommendation.

Fontaine become a key witness in the conspiracy trial of three officers who were accused of working together to cover up and falsify the initial reports of the incident. That trial resulted in the acquittal of David March, Joseph Walsh and Thomas Gaffney.

In her initial statement to March, who was conducting the initial CPD investigation of the shooting, Fontaine said that she “heard the officers repeatedly order McDonald to ‘Drop the knife!’ McDonald ignored the verbal direction and instead, raised his right arm toward Officer Van Dyke, as if attacking Van Dyke.”

But later in her interview with the inspector general, she admits: “the statement that McDonald raised his arm as if attacking Van Dyke was not accurate.”

The report also concludes that a former police lieutenant – Anthony Wojcik – who supervised CPD’s investigation of the shooting not only signed off on materially false statements but destroyed the notes from three civilian witnesses.

Van Dyke did not cooperate with the inspector general’s investigation but was found to have made numerous false statements and material omissions in the internal investigation right after the shooting. 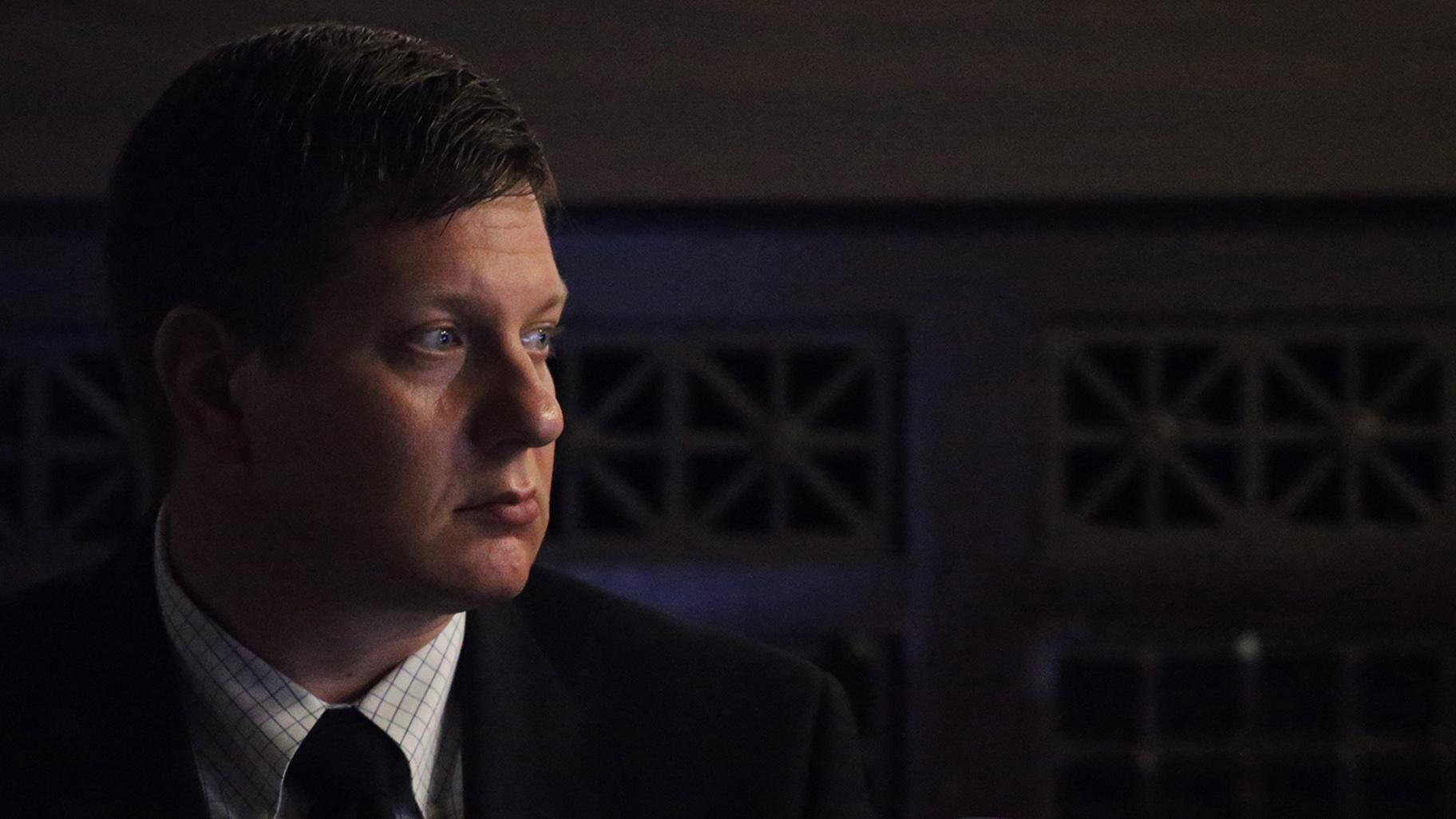 Chicago Police Officer Jason Van Dyke listens in as lights are turned off for a video clip viewing during the trial for the shooting death of Laquan McDonald at the Leighton Criminal Court Building, Monday, Sept. 17, 2018. (Antonio Perez / Chicago Tribune / pool)

The report also details the timeline of events that evening, much of which has come out in court testimony. It documents how the incident began when McDonald was reported to the police for allegedly trying to break into a truck and steal a radio. He allegedly took a swing with his knife at a civilian named Rudy Barillas before police officers chased him on foot and in their squad cars through a fast food restaurant’s parking lot. He had also reportedly smashed his knife on the windshield of one squad car and deflated the tires of another, and continued to move south until the fatal encounter at 4100 S. Pulaski Road.

Ferguson began his investigation of the McDonald shooting in 2016, but the report was kept hidden. That’s because the city law department does not authorize the release of an inspector general report unless the agency being investigated agrees to its release.