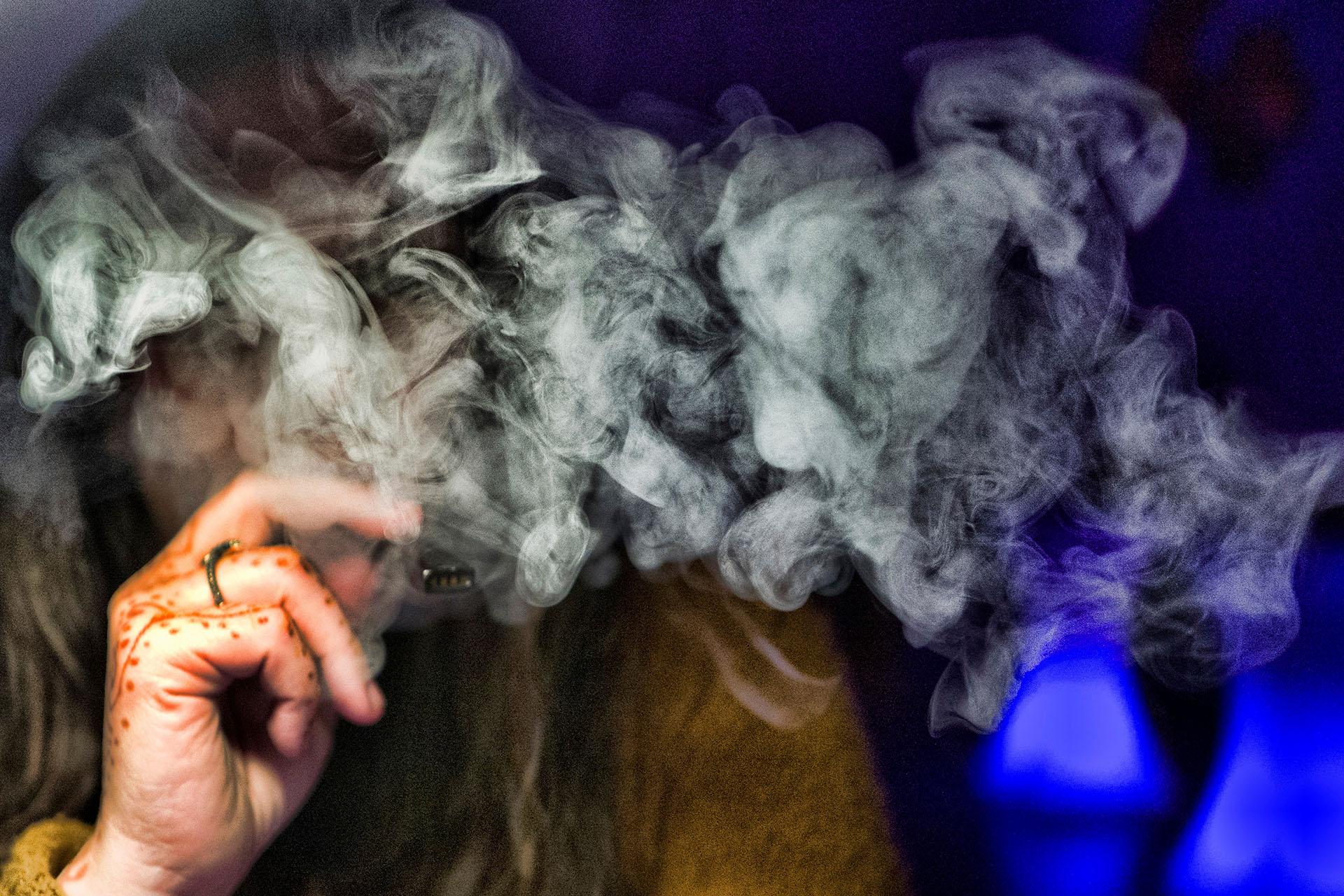 In this Saturday, Dec. 22, 2018 file photo, a woman takes a puff from a cannabis vape pen in Los Angeles. (AP Photo / Richard Vogel)

NEW YORK (AP) — U.S. health officials on Friday again urged people to stop vaping until they figure out why some are coming down with serious breathing illnesses.

Officials have identified about 450 possible cases, including as many as five deaths, in 33 states. The count includes newly reported deaths in California, Indiana and Minnesota.

No single vaping device, liquid or ingredient has been tied to all the illnesses, officials said. Many of the sickened — but not all — were people who said they had been vaping THC, the chemical that gives marijuana its high. Many are teens.

Health officials have only been counting certain lung illnesses in which the person had vaped within three months. Doctors say the illnesses resemble an inhalation injury, with the body apparently reacting to a caustic substance that someone breathed in. Symptoms have included shortness of breath, fatigue, chest pain and vomiting.

The illnesses have all surfaced this year, and the number has been growing quickly in the last month as more states have begun investigations. A week ago, U.S. officials pegged the number at 215 possible cases in 25 states.

It’s unclear whether such illnesses were happening before this year.

“We’re all wondering if this is new or just newly recognized,” Dr. Dana Meaney-Delman of the Centers for Disease Control and Prevention told reporters Friday.

An Illinois health official, Dr. Jennifer Layden, said officials there don’t know when such illnesses first began, but she said there has been a marked increase since spring.

Deaths previously were reported in Illinois and Oregon.

Indiana officials said the person who died there was an adult, but they didn’t say when it happened or release other details. Health officials in Los Angeles said they were investigating a vaping death as well. And Minnesota health officials said that state’s first known vaping-related death was a person over 65 years with a history of lung problems who had vaped illicit THC products and died in August.

Recent attention has been focused on devices, liquids, refill pods and cartridges that are not sold in stores.

New York state has focused its investigation on an ingredient called Vitamin E acetate, which has been used to thicken marijuana vape juice but is considered dangerous if heated and inhaled. State investigators have found the substance in 13 cartridges collected from eight patients. In several cases, the ingredient made up more than half of the liquid in the cartridge.

CDC officials said they are looking at several ingredients, including Vitamin E acetate. But Meaney-Delman added that no single factor has been seen in every case.

Also Friday, the New England Journal of Medicine released a series of articles that give medical details about cases reported in Illinois, Wisconsin and Utah.

An article on 53 illnesses in Illinois and Wisconsin noted that nearly one-fifth of the cases were people who said they vaped nicotine and not anything that contained THC or CBD oil.

For that reason, doctors and health officials are continuing to suggest people stay away from all vaping products until the investigation establishes exactly what’s at the root of the illnesses.

It’s not yet clear what impact the recent illnesses are having on vaping rates, but some health officials are hoping more Americans will become wary.

There’s been a split among public health experts about the value of vaping nicotine. Some argue e-cigarettes are not as lethal as conventional cigarettes and can be a valuable aide to smokers trying to kick the habit.

But others say studies have not established that adult smokers who try vaping end up quitting smoking long term. And they fear that kids who might never have picked up cigarettes are taking up vaping.

The National Association of County and City Health Officials “has long been cautious about endorsing e-cigarettes even before the recent spate of illnesses, because little scientific evidence exists to show that e-cigarettes and other nicotine delivery devices are effective cessation devices,” spokeswoman Adriane Casalotti said in a statement.