....and viciously telling the people of the United States, the greatest and most powerful Nation on earth, how our government is to be run. Why don’t they go back and help fix the totally broken and crime infested places from which they came. Then come back and show us how....

That earned the president a rebuke in the House that all Democrats and four Republicans passed.

Then came the “send her back” chants at a Trump rally in North Carolina. The president initially distanced himself from the rhetoric, but then called the chanters “incredible patriots.”

Closer to home, the Illinois Republican County Chairmen’s Association posted a movie-like poster on Facebook over the weekend. 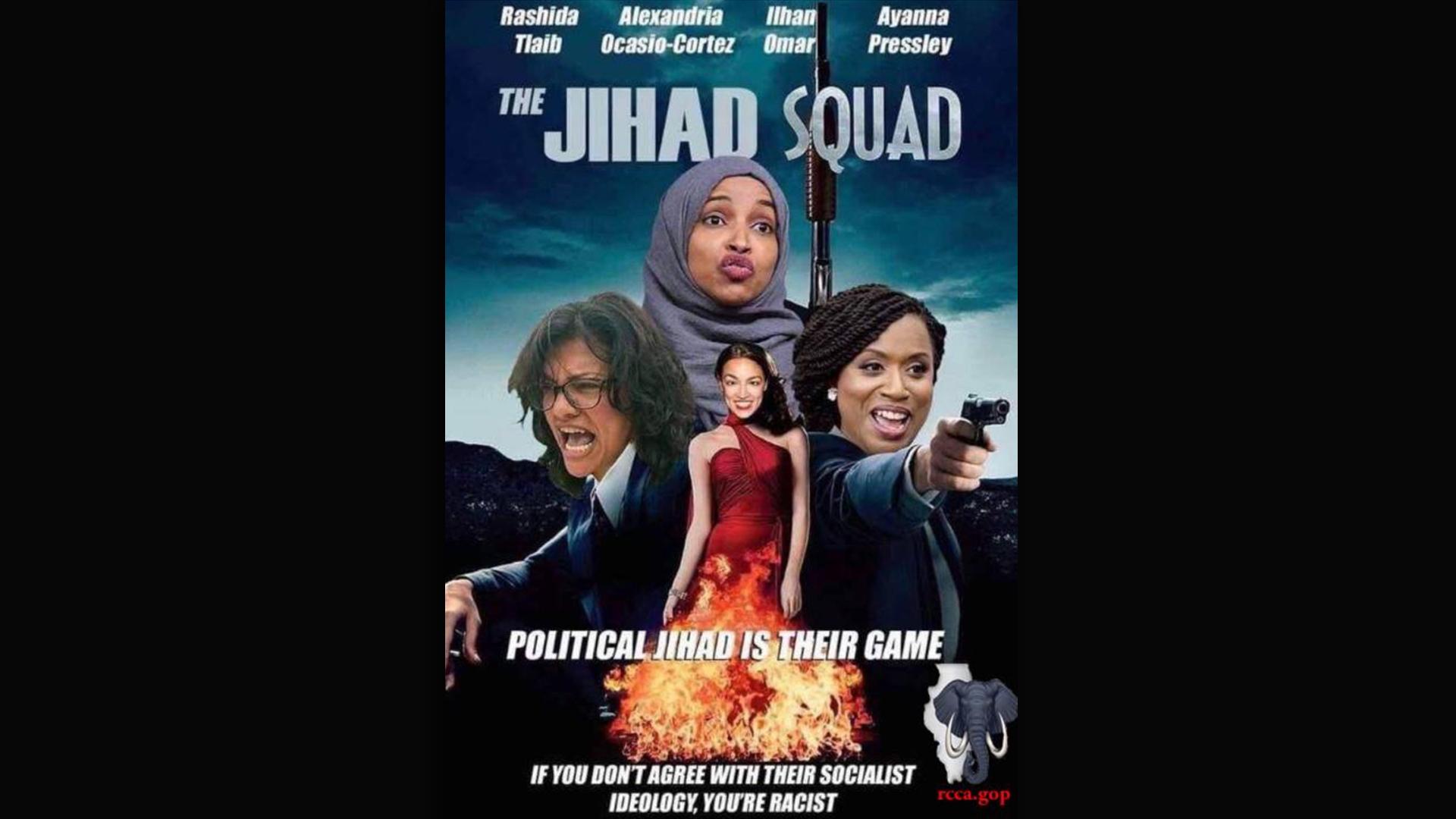 The IRCCA president, Mark Shaw, took down the image, saying it wasn’t an approved posting. “I condemn this unauthorized posting and it has been deleted. I am sorry if anyone who saw the image was offended by the contents,” Shaw wrote on Facebook.

Tim Schneider, the chair of the Illinois Republican party, condemned the original post for using race or religion for political disagreement. “The recent social media post coming from the IRCCA does not reflect my values or the Illinois Republican Party’s values. Bigoted rhetoric greatly distracts from legitimate and important policy debates and further divides our nation,” Schneider wrote in his own Facebook post.

“It’s stupid and it’s ugly and it’s un-American,” said Ahmed Rehab, the executive director of the Council on American-Islamic Relations in Chicago. “It’s sad to see our politics descend into this fearmongering and lowest common denominator hate-mongering.”

But when it comes to Trump, not everybody sees his tweets as racist.

“This has been a news cycle for over a week and it’s going to amount to nothing,” said Charles Douglas Love, the president of the Minority Prosperity Council and the author of “Logic: The Truth About Blacks and the Republican Party” and his latest book, “We Want Equality: How the Fight for Equality Gave Way to Preference.”

“Everybody is going to rally further to their left or to their right side,” he said. “All the Democrats and four Republicans voted for the bill – you know 98% of the Republicans but four people changed their minds. Ninety-eight percent said, ‘We stand with the president.’”

“I don’t think it’s racist,” Love said. “The votes went along party lines? That means nothing. That just proves this is partisan.”

“It’s dangerous for these women. There’s a big target on their backs and we know there are kooks out there … who can take matters in their own hands if they’re told that this is the enemy within,” said Rehab.