CHICAGO (AP) – Chicago police on Monday released hundreds of files from the investigation into Jussie Smollett’s claim he was attacked by two men, including releasing video footage for the first time of the “Empire” actor wearing a thin white rope wrapped around his neck that he told detectives was a noose.

The footage from a body camera worn by a police officer who responded on Jan. 29 to what Smollett said was a racist and homophobic attack by two large men has blurred out Smollett’s face because, police explained, he was considered a victim at that point. But footage shows the officers walking into the apartment, where they encounter the actor wearing the rope, before one asked him, “Do you want to take it off or anything?”

“Yeah,” said Smollett, before unwinding the white rope, loosening it and placing it on the kitchen counter.

In all, police released nearly 1,200 different individual files on Monday, including thousands of pages of documents, arrest reports and handwritten notes from police. Added up, there is more than 90 hours of video, much of it hour after hour of surveillance cameras high above city streets.

As the hunt for the two men Smollett said attacked him continued for weeks, some in the city started to wonder if the whole thing was a hoax. And those suspicions made it into the documents, with a Feb. 25 email from a sergeant saying that she’d received a tip from a caller whose name is redacted.

“He has a friend close to the inner circle of the subject. The friend shared that the entire event was orchestrated by (redacted).”

The footage itself illustrates the growing skepticism within the police department, starting with the fact that much of it was retrieved from surveillance cameras that police collected as they tried to piece together the route that two brothers took across the city to the spot where police say they acted out a staged attack of the actor.

There is also footage of officers handcuffing the two brothers – who have admitted to their role in the staged attack – on the tarmac at Chicago’s O’Hare International Airport when they returned on a flight to Chicago from Nigeria, and putting them in police cars for a trip to a city police station where they were detained. 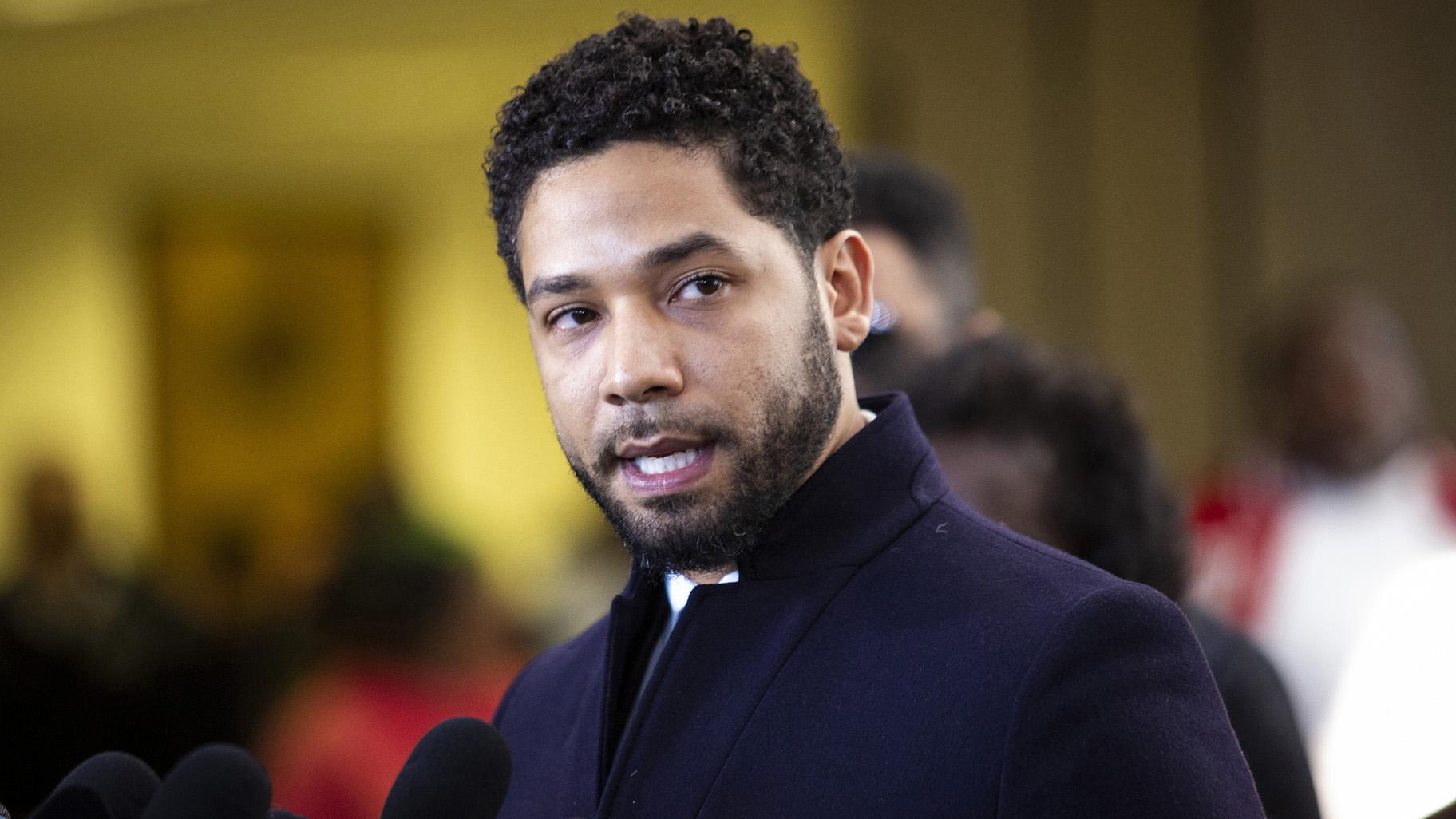 The release of documents and video was not expected to shed much new light on what happened – largely because so much information has already been made public. In February, for example, when the charges were announced, Police Superintendent Eddie Johnson laid out in minute detail how investigators came to conclude that the incident was not a hate crime as Smollett claimed but a carefully staged hoax directed by the actor himself to promote his career.

Police said when Smollett was charged that there was no footage of the actual staged attack because the surveillance camera they said Smollett hoped would capture the incident was, unbeknownst to him, not working.

Among the footage released is that of Smollett’s creative director Frank Gaston meeting officers in the lobby of the Chicago high rise apartment building and giving them a short synopsis of the evening as they take the elevator to Smollett’s apartment. Gatson tells officers that the alleged attack made him emotional.

“They put a makeshift, what do you call that thing, a noose around his (expletive) neck,” he tells officers.

The new files were released in response to a Freedom of Information Act request from WTTW and other media outlets and follow a ruling Friday that allows Cook County Judge Michael P. Toomin to appoint a special prosecutor to look into the case, how Foxx handled her own recusal and her office’s decision to drop charges against Smollett.

“Like many people … when all of this broke, I said, ‘You’re kidding, right?’” O’Brien told Carol Marin on “Chicago Tonight” Monday when asked why, as a private citizen, she wanted to get involved.

“I think it’s the sealing of the file and the lack of transparency for the people of Cook County that really put me, personally, over the edge about it,” she said.

Foxx’s office had previously welcomed an independent investigation and said including a special prosecutor would just duplicate the efforts of a county inspector general’s probe that is already underway.

The inspector general’s office “is there to inspect the facts, to do an investigation, but that person doesn’t have the right to bring new charges or to convene a grand jury or to do any kind of legal analysis to what those facts might mean,” she said.