Cook County prosecutors made the announcement less than two weeks after the “Empire” star pleaded not guilty to more than a dozen new felony counts stemming from an alleged hoax attack he allegedly orchestrated on himself.

The stunning move came in an emergency hearing held Tuesday morning. Smollett, 36, had been indicted on 16 felony disorderly conduct charges after what had been described as a racist and homophobic attack that the actor was accused of staging in order to advance his career. Smollett will forfeit the $10,000 bond he paid last month to leave jail. The case was then placed under immediate seal.

“I’ve been truthful and consistent on every single level since day one,” Smollett said during a brief statement to media at the courthouse Tuesday. “I would not be my mother’s son if I was capable of one drop of what I’ve been accused of. This has been an incredibly difficult time, honestly one of the worst of my entire life.”

Smollett reported to Chicago police that he had been attacked in the early morning hours of Jan. 29 by two men in the Streeterville neighborhood. Early police statements indicated the two suspects had yelled racial and homophobic slurs at Smollett before they hit him in his face, poured “an unknown chemical substance” on him and wrapped a “rope” around his neck.

Police alleged Smollett paid two brothers $3,500 to stage the attack. Chicago Police Superintendent Eddie Johnson said Smollett orchestrated the hoax because he was upset with his current salary on the hit television series. Following his arrest, he was written out of the final episodes of the show’s latest season.

In a statement Tuesday, Cook County State’s Attorney Kim Foxx’s office said the decision to drop the charges was made “after reviewing all of the facts and circumstances of the case, including Mr. Smollett’s volunteer service in the community and agreement to forfeit his bond to the City of Chicago.”

“We believe this outcome is a just disposition and appropriate resolution to this case,” Foxx’s office said.

Johnson said he was not given any advance notice that the charges would be dropped. He and Mayor Rahm Emanuel appeared incensed during a press conference in which they stood behind the police department’s investigation and said the decision to drop the charges was “not on the level.”

“(Smollett) did this all in the name of self-promotion,” Emanuel said, adding that the city spent far more during its extensive investigation than the $10,000 Smollett will forfeit. “This is a whitewash of justice. A grand jury could not have been clearer.”

“I think this city is still owed an apology,” Johnson added. “I’ve heard that they wanted their day in court with TV cameras so America could know the truth, but no, they chose to hide behind secrecy and broker a deal to circumvent the judicial system.”

Foxx had previously recused herself from the prosecution, turning the case over to First Assistant State’s Attorney Joseph Magats, in a decision that earned her a rebuke from her predecessor Anita Alvarez and others, including the Chicago Fraternal Order of Police, which asked the Justice Department to investigate whether Foxx interfered with the investigation.

The case was handled through an “alternative prosecution,” according to a statement from Foxx’s office – a decision they say is “not new or unusual” and does not “exonerate” Smollett as his defense team had posited.

The state’s attorney’s office says it has referred more than 5,700 defendants for alternative prosecutions over the last two years, which often include defendants with no violent criminal past or previous felony convictions. Smollett was required to finish 16 hours of community service before the case was dismissed.

Magats said he still believes Smollett is guilty of the crimes he was charged with and stands behind the police department’s investigation. While he dismissed the mayor’s “whitewash” statement, Magats said he understands why some people may be upset with Tuesday’s outcome.

“I get it,” he told WTTW News in a sit-down interview Tuesday evening. “There was a lot of time, manpower (and) investigative resources put into this case, and the CPD did a fantastic job. At the end of the day in the final analysis, it’s a Class 4 felony. It’s a disorderly conduct, it is something, pursuant to the statute, that can go through a diversion program. And that’s the way we looked at it.”

Magats said he had contact with the police department throughout the case, but didn’t inform them of his decision to drop the charges until Tuesday morning. He hopes that won’t impact his office’s working relationship with the department moving forward.

“I have worked at this job for 29 years,” he said. “I have tried two cases where police officers were murdered on duty, I have worked with Chicago detectives on hundreds of other cases and murder cases. I get why they feel the way they do. Given all the circumstances of this case, given our office’s priority to look at and combat violent crimes and the drivers of violence, this was the decision that was made.”

Smollett’s attorneys Tina Glandian and Patricia Brown Holmes maintain that he was the victim of an attack. They say he is “relieved” by the prosecutor’s decision “and is very much looking forward to getting back to focusing on his family, friends and career."

“Jussie and many others were hurt by these unfair and unwarranted actions,” his attorneys said in a statement. “This entire situation is a reminder that there should never be an attempt to prove a case in the court of public opinion. That is wrong. It is a reminder that a victim, in this case Jussie, deserves dignity and respect. Dismissal of charges against the victim in this case was the only just result.” 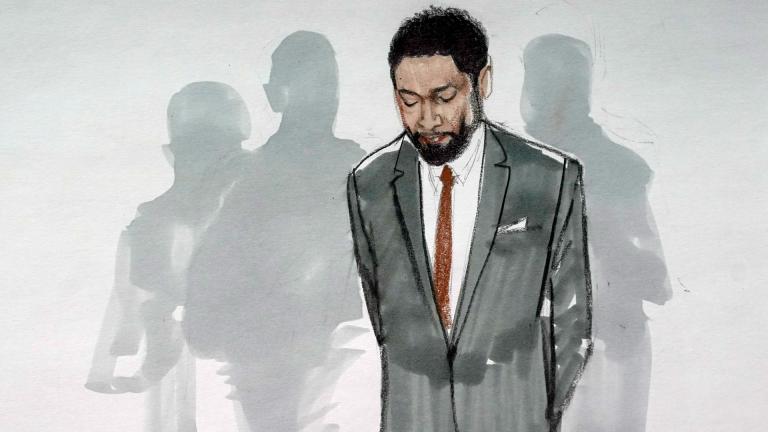 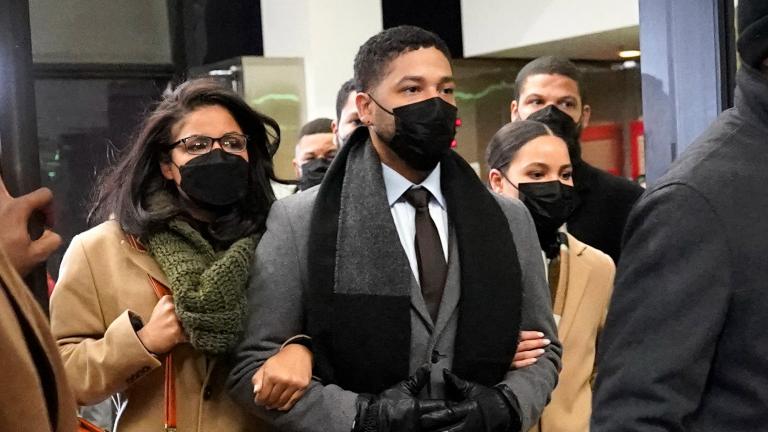