Mayor Lori Lightfoot says she’s not finished with her efforts to clean up City Hall corruption. Our politics team of Carol Marin, Paris Schutz and Amanda Vinicky takes on that and more in this edition of Spotlight Politics.

Lightfoot is proposing to ban alderman from holding any outside jobs that would present conflicts of interest. That would almost certainly include banning aldermen from serving as property tax appeal attorneys, who represent clients who often have business with the city, as is the case with Ald. Ed Burke. In fact, it is the crux of the 14 federal corruption charges against Burke.

Lightfoot also is proposing to expand the powers of the city inspector general to have oversight over the 18 City Council committees chaired by aldermen. That is another reform Burke fervently fought when he was chairman of the Finance Committee. Lightfoot is also proposing to increase fines for anyone who violates the city ethics code. And she wants to make sure that anyone advocating on behalf of a nonprofit seeking business with the city registers as a bona fide lobbyist.

The proposals come a day after Burke pleaded not guilty in federal court to 14 counts of racketeering, attempted bribery and attempted extortion. Burke’s longtime political associate, Peter Andrews, also pleaded not guilty Tuesday to corruption charges. Lightfoot has called on Burke to resign his position as alderman, claiming that he can’t honestly and effectively perform his duties as aldermen with the cloud of a federal indictment over his head. But Burke seems less than inclined to take Lightfoot up on that request.

Mayor Lightfoot: Letter Being Sent to Ask Burke to Resign

City Workers Must Be Vaccinated Against COVID-19 by Oct. 15, Lightfoot Announces 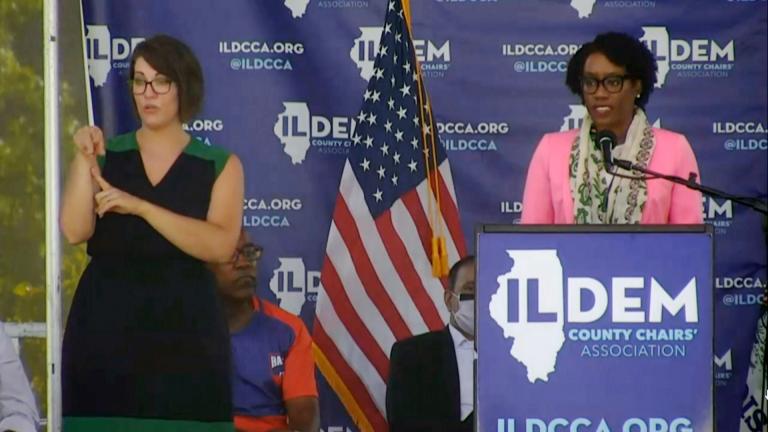