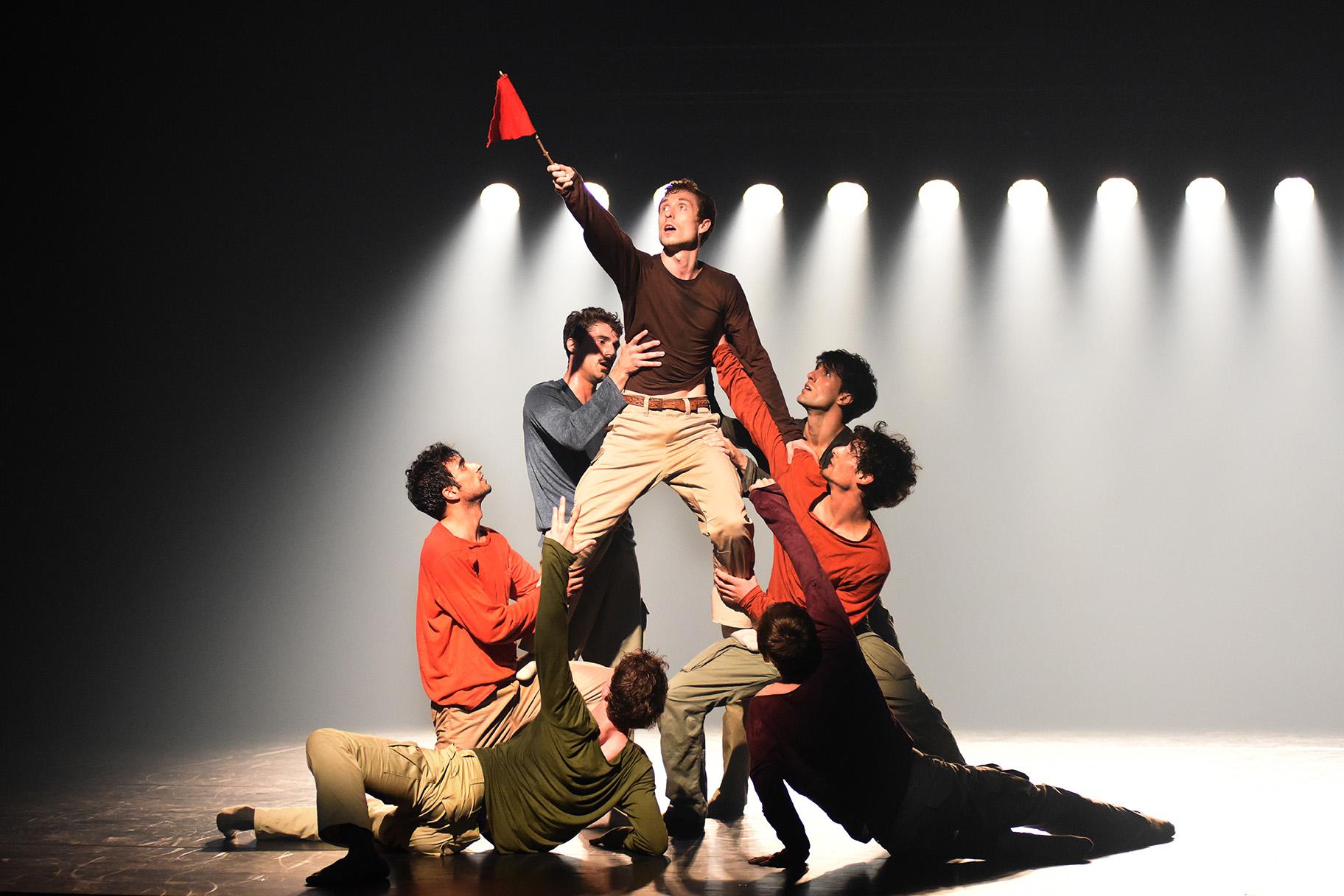 Not for the first time this season, something extraordinarily explosive took place on the stage of the Harris Theater for Music and Dance.

It came by way of the arrival this past weekend of Gauthier Dance, a company based in Stuttgart, Germany, that was founded in 2007 by the French Canadian dancer-choreographer Eric Gauthier, and is comprised of a dazzling ensemble of 18 dancers who hail from countries throughout Europe, South America, Canada and the U.S.

For its Chicago debut, the company ventured even further afield with a program of three works by Israeli choreographers: Ohad Naharin, who Gauthier dubbed “the godfather” of contemporary Israeli dance (and the creator of the movement language known as Gaga), as well as Hofesh Shechter and Sharon Eyal (and her collaborator, Gai Behar) who were mentored by Naharin as members of the internationally renowned Batsheva Dance Company.

The program was a stunner, with the fearsome choreography, remarkable dancers (whose endurance was literally breathtaking), innovative sound and music, and brilliant lighting design combining in three distinctly different, high-intensity and feverishly theatrical works.

True to its title, “Uprising,” the opening piece on the program – for which Shechter devised both the thundering, powerfully rhythmic sound score and the choreography – served as a fascinating study in male aggression. What at times seemed almost like an abstract riff on basic training was punctuated by moments of attempted tenderness and embrace that invariably turned into something darkly combative.

Shechter (an Israeli who moved to London in 2002), has a gift for choreographing the madness of barely suppressed rage and confrontation. And his use of the basic patterns of lines and circles creates a unique language of tension, with occasional grunts or shouts by the all-male cast piercing the air. Lee Curran’s lighting design heightened the mystery and hypnotic tension throughout. And true to the meaning of his name (Hofesh is the Hebrew word for freedom), the choreographer created a classic final image for the work that suggested triumph – or perhaps a Pyrrhic victory. 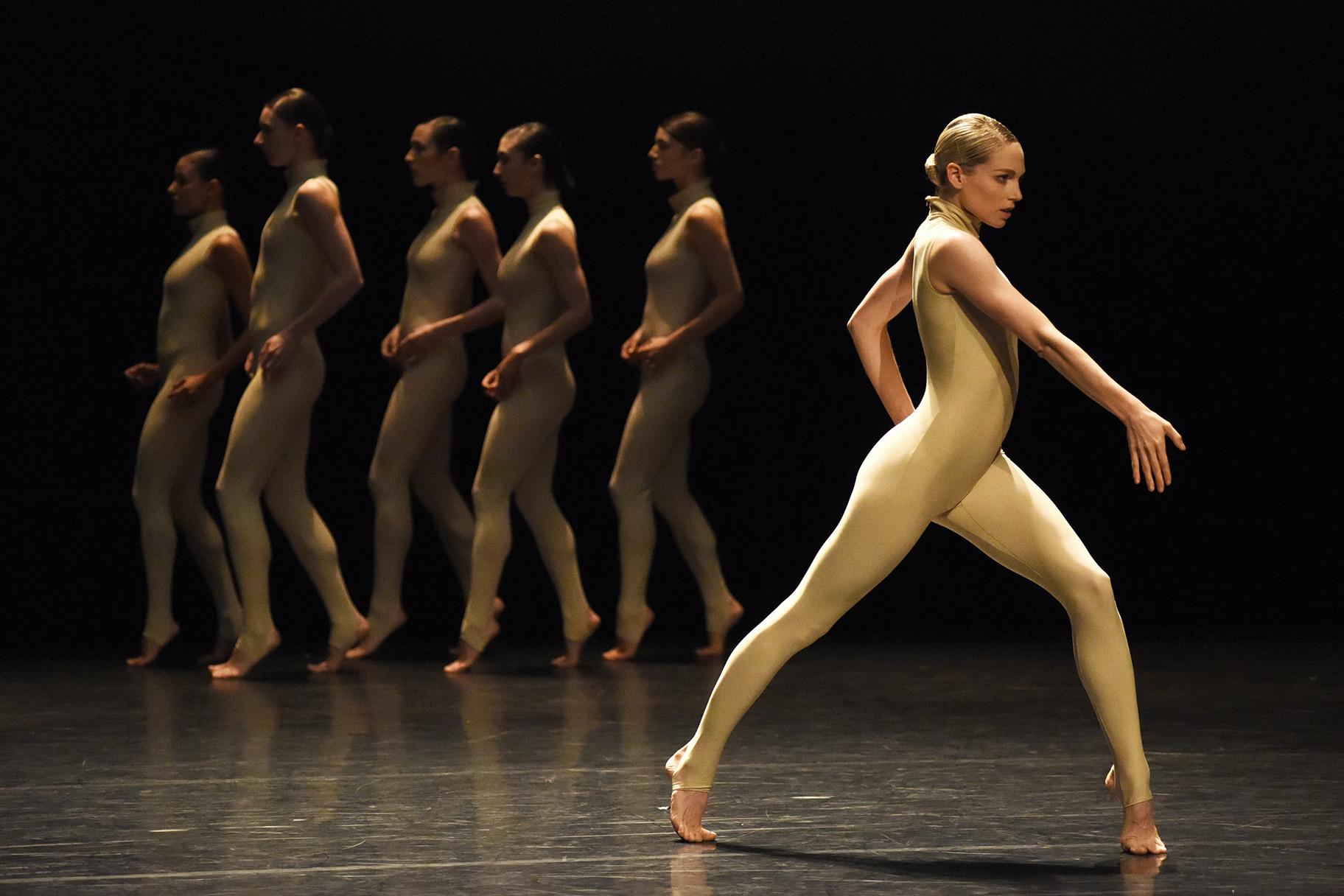 Next on the program was “Killer Pig,” a 40-minute marathon of a piece by Eyal and Behar that featured a virtuosic all-female cast clad in pale pink, body-sculpting unitards. Powerfully sensual, subtly sexual, and compulsively repetitive in its pulsating, rippling movements of the torso, it also had moments that were close to balletic, and the whole thing served as an intriguing counterpoint to “Uprising.” (In one of its loveliest sequences the women moved in a looping line with arm movements that brought to mind Nijinsky’s “Afternoon of a Faun.”)

Ori Lichtik’s sound design and Kevin A. Jones’ lighting were expertly fused with the movement in this work that, overall, would have been far stronger had it been trimmed by 10 minutes.

The second half of the program was devoted to “Minus 16,” Naharin’s morphable landmark work from the 1990s whose segments are variously mixed and matched, but always include several defining core elements. I’ve seen the piece performed superbly by both Hubbard Street Dance Chicago and the Alvin Ailey American Dance Theater, but the Gauthier dancers performed it in a way that was beyond electrifying.

Beginning at the very start of the 20-minute intermission (which the audience should have been advised to remain in their seats to watch), was the work’s highly structured improv by a solo male dancer in a black suit who moves to an eclectic vintage pop music score. In this case the dancer was the extraordinary Swiss-born Maurus Gauthier (no relation to the company’s founder), a lithe fellow with the flexibility, grace and strength of a gymnast, the drolly comic instincts of Charlie Chaplin, and the sheer aerobic prowess of an Olympic athlete. Remarkable. 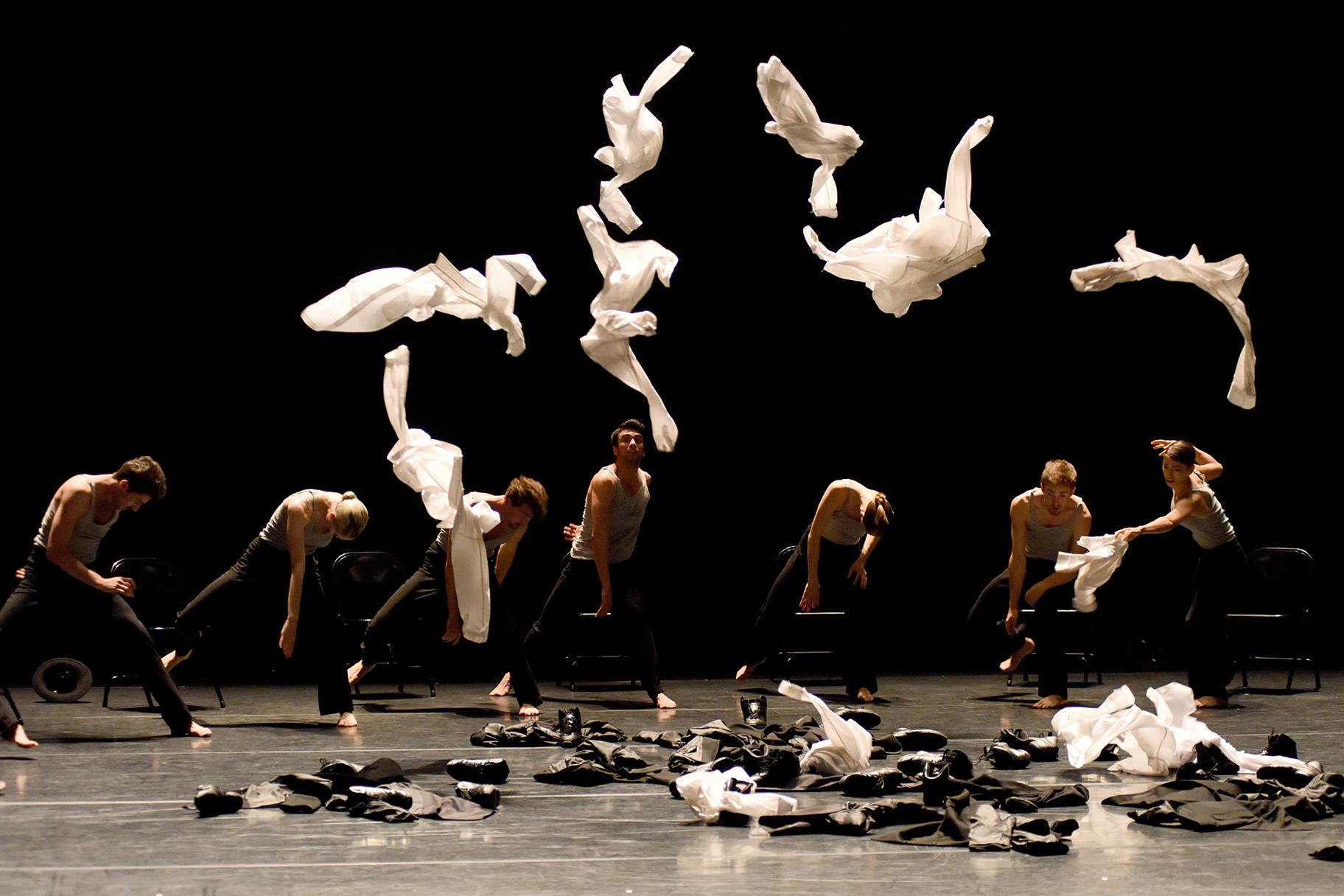 Once the work signals its official start, the entire company arrives on stage in black suits and bowlers for a spasmodic dance. And this sets the scene for the inimitable “Echad Mi Yodea” sequence set to the traditional Jewish “cumulative” song. The piece has 18 dancers on folding chairs engaging in a manic round of movement that remains one of the most propulsively exciting episodes in modern dance. And then there is the audience participation segment that never fails to astonish.

By the time it was all over the audience was on its feet, awed by the sheer power and drama of it all.

Note: The lineup for the Harris’ 2019-2020 season will include three major events: A Celebration of Lar Lubovitch (Oct. 5 and 6), marking the 50th anniversary of the choreographer’s work and featuring dancers from Ballet Austin, the Joffrey Ballet, the Martha Graham Dance Company and others; Bangarra Dance Theatre (Nov. 22 and 23), the Australian company that interweaves contemporary dance with Aboriginal and Torres Strait Islander Heritage; and the Chicago debut of the fabled Tanztheater Wuppertal Pina Bausch (May 1-3, 2020), in “Palermo Palermo,” an absurdist take on the Sicilian city created by Bausch, the late German expressionist/absurdist choreographer.

And finally, the Spring 2019 season still has a slew of high-profile dance events on tap, including American Ballet Theatre in Alexei Ratmansky’s “Whipped Cream” (April 11-14 at the Auditorium Theatre); the Joffrey Ballet in “Across the Pond,” a mixed bill of works by contemporary British choreographers (April 24-May 5 at the Auditorium); the Eifman Ballet of St. Petersburg, Russia, in Eifman’s “The Pygmalion Effect” (May 17-19 at the Auditorium); and Hubbard Street Dance Chicago in works by Brian Brooks, Alejandro Cerrudo and Crystal Pite (June 6, 8 and 9 at the Harris Theater). And, if the Chicago Symphony Orchestra strike is finally settled (let’s hope), the CSO will join forces with the Joffrey Ballet in a concert of works by Stravinsky and others (May 30 and 31 at Symphony Center).