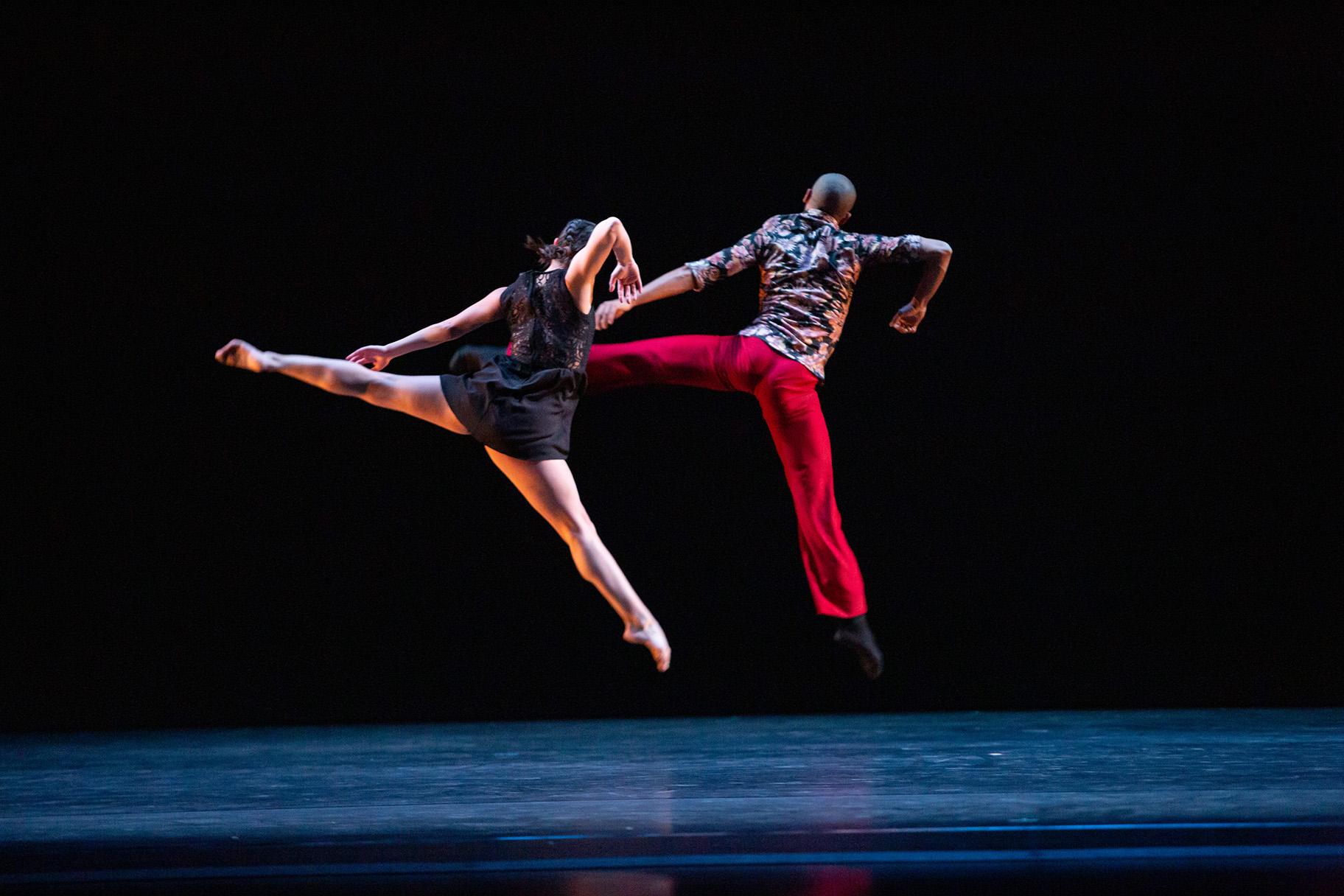 For the latest installment in the Auditorium Theatre’s “Made in Chicago” 312 Dance Series, Hubbard Street Dance Chicago came up with the inspired idea to mix things up by entering into a collaboration with the Malpaso Dance Company, Cuba’s foremost contemporary troupe.

The result, showcased in a brief engagement this past weekend, was a stunning program that interlaced the formidable talents of dancers and choreographers from each company for a program of four works that might have been given the umbrella title of “Variations on the Theme of Love, Loss, Change and Return.” And in a sense, these pieces, which shared a distinctive movement vocabulary, inventively mixed sound and music, and uniformly magnificent dancing, formed a single suite, suggesting that the two companies, if not quite identical twins “separated at birth,” are the very closest of kissing cousins, different only in some distinctive rhythmic impulses.

The work of two choreographers was on view: Robyn Mineko Williams (a dancer with Hubbard Street for 12 seasons who went on to forge an impressive career as a choreographer, and is a four-time USA grant recipient from the Princess Grace Foundation), and Osnel Delgado (a dancer, choreographer and teacher who founded Malpaso and is its artistic director). Each of the choreographers was represented by both a world premiere and a piece created a number of years ago.

Opening the program, and establishing the theme, was Williams’ 2017 “Cloudline,” featuring seven Hubbard Street dancers (Kellie Epperheimer, Elliot Hammans, Myles Lavallee, Florian Lochner, Ana Lopez, Kevin J. Shannon and Connie Shiau at the Sunday performance I saw), in a work of continually shifting organic ebb and flow. The dancing beautifully captured the push and pull, alternate joy and pain, and cycle of connects, disconnects and “re-connects” that can define a romantic relationship. 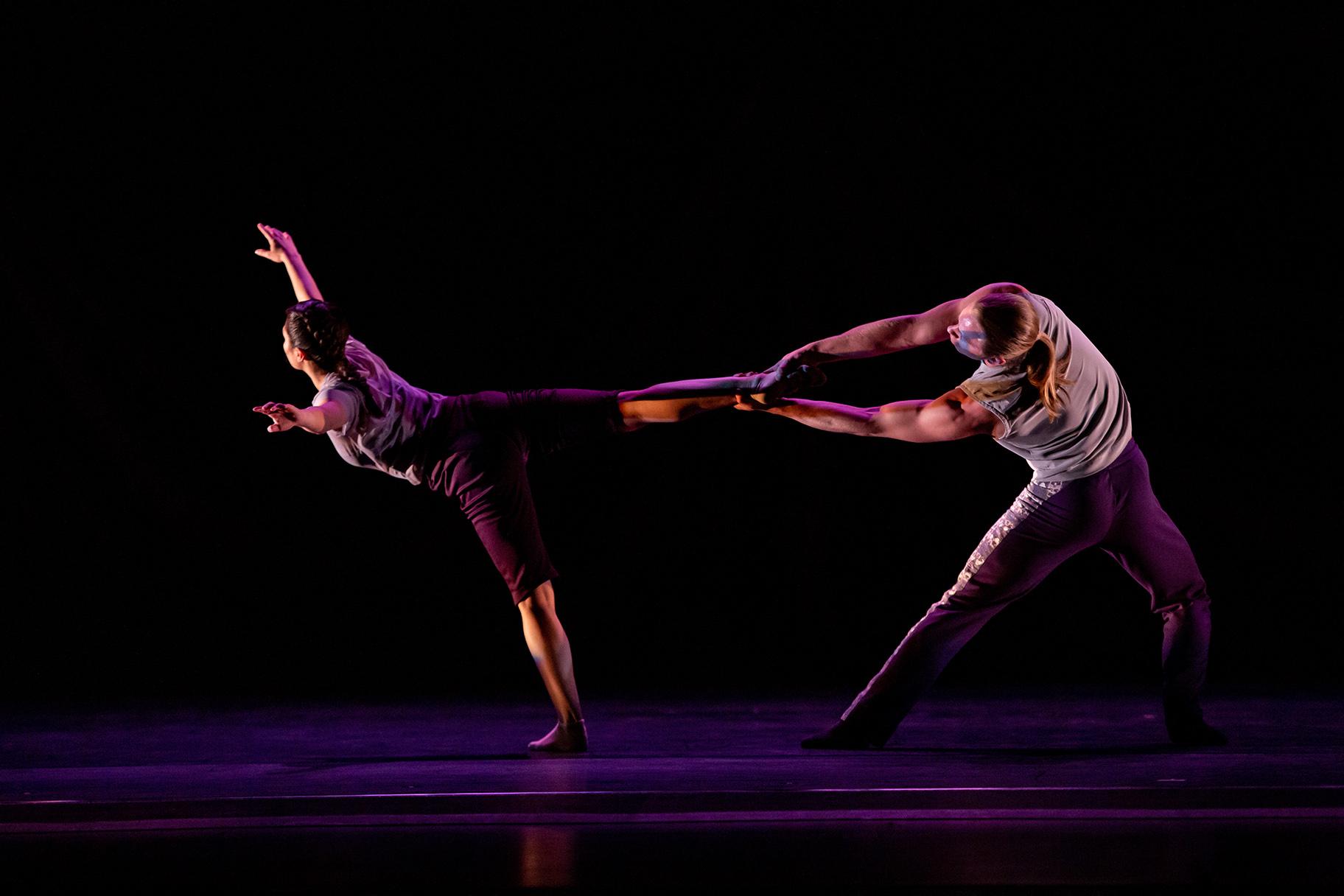 A rippling gray curtain served as a backdrop, and at times a giant, pale silk sheet was manipulated to suggest a couple caught up in oceanic waves of rapture and separation. A series of other physically and emotionally complex duets, tense trios that often featured an “onlooker,” and other combinations, unspooled to the music, much of which was songs with telling lyrics by Jherek Bischoff, Emitt Rhodes, Sufjan Stevens, Julie London, Olafur Arnalds and Alice Sara Ott. Throughout, the dancers carved the air with their interlocking and separating bodies.

The second work on the program, “Ocaso” (“Sunset”), was in many ways the most thrilling. The duet, choreographed in 2013 by the tall, slender, exquisitely fluid Delgado (who was costumed in red-orange pants), was danced by him and Hubbard Street’s Alicia Delgadillo, a petite dancer of strength and heat in a black tunic. And the two were in perfect synchrony as their passion for each other intensified or periodically faded. A tour de force pas de deux on every level, it was set to stirring music by Autechre, the Kronos Quartet and Max Richter. 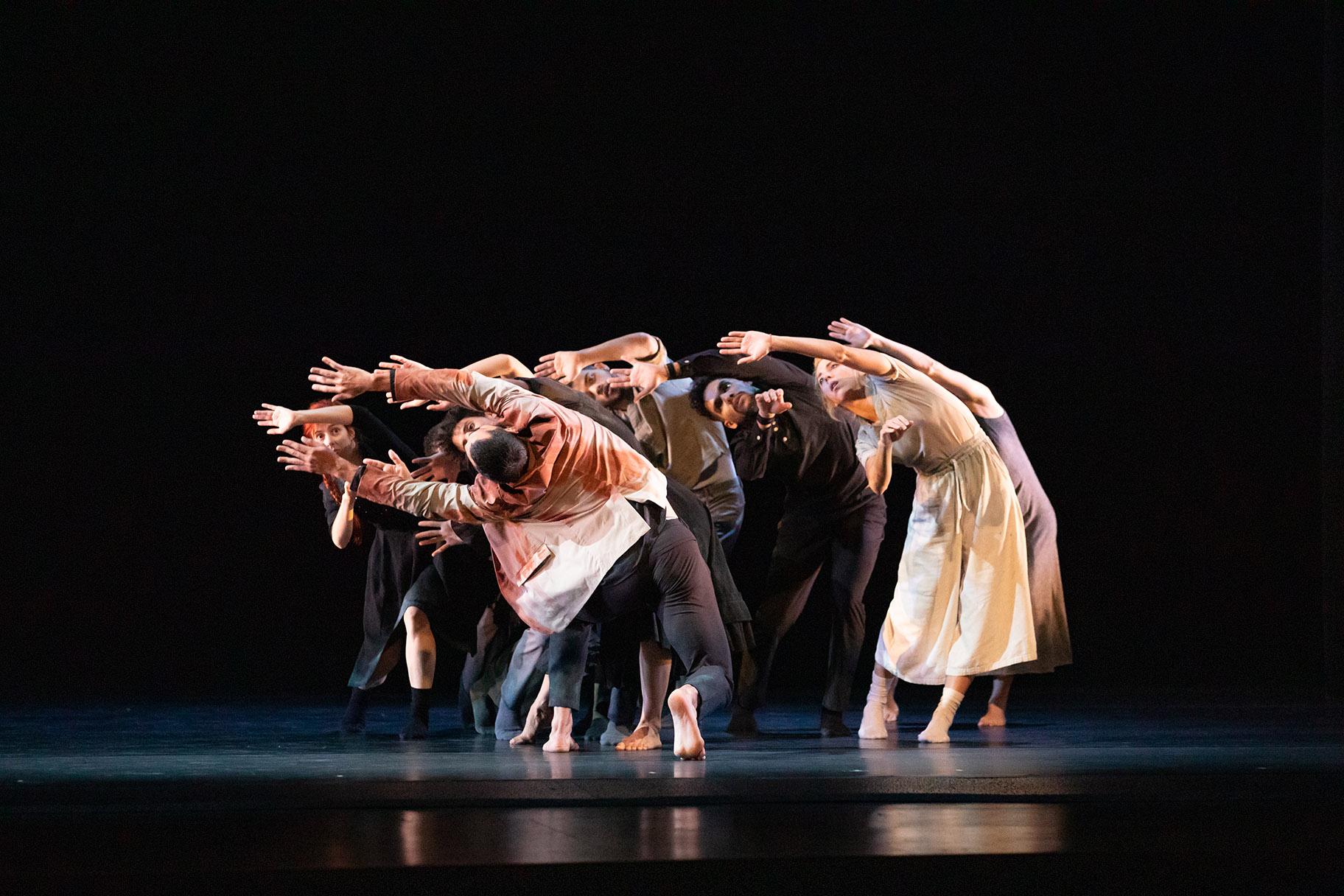 Williams’ world premiere work, “Elemental,” created for Malpaso during her residency in Havana, and performed here by nine of the company’s dancers (Dunia Acosta, Esteban Aguilar, Maria Karla Araujo, Fernando Benet, Manuel Duran, Beatriz Garcia, Armando Gomez, Abel Rojo, Lisbeth Saad and Delgado) returns to, and expands upon some of the ideas that ran through “Cloudline.” But with a score that is an eclectic mix of everything from electronic to contemporary classical and salsa music (by Tim Rutili, Ernesto Lecuona, Manuel Duran, Aarvo Part, Panda Bear, Chris Merrill, Robert Haynes and Robyn Williams), the dancers infused it all with the subtlest Latin swagger and muscularity, along hints of the social dancing style that is such an essential “element” of Cuban life.

“The Windless Hold,” Delgado’s world premiere work for Hubbard Street’s dancers, brought the collaboration to a grand finale and was full of echoes of the earlier works but a bit more haunted and ritualistic, with music by everyone from Alexander Balanescu, Leslie Bricusse and Ramallah Underground to Bryce Dessner, Gluck and Geir Jensson, and lighting by Manuel Da Silva. The dancers included Adrienne Lipson and Andrew Amurdick, along with Craig D. Black Jr., Jacqueline Burnett, Rena Butler, Hammans, Lavalle, Lochner, Lopez, Shannon and Shiau.

Before the curtain came down on the concert both companies joined for a free form dance celebration to a Latin beat. Clearly these dancers understand the world in ways politicians and diplomats simply do not.