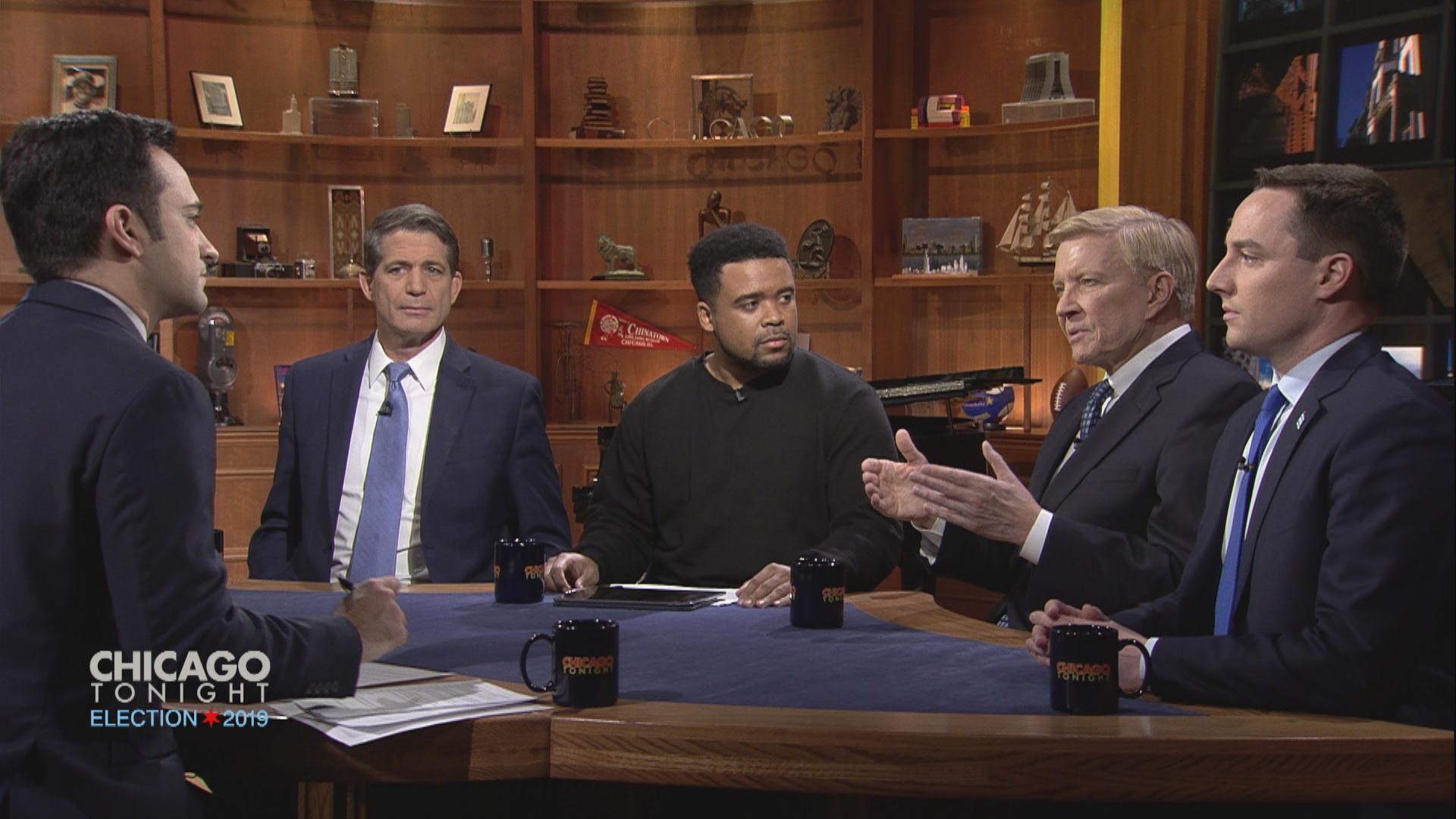 Candidates face a host of issues, from municipal finances to crime, ethics reform and – should the mega-retailer be convinced to take another look at Chicago – incentives for Amazon’s second headquarters.

On the topic of public safety, Fioretti and Kozlar butted heads while discussing their plans to restore trust between communities and the police.

“I have a specific plan in place called the 60/40 plan, that in order to police any district, 60 percent of police officers have to live in that district,” said Kozlar. “So now they’ll be seen as community members and not as outsiders, and therefore there will be more cooperation between the community members and the police.”

Fioretti said that plan won’t work, even though it’s “a fine idea in principle or in concept.” He says he favors a system of bike patrol. “That’s a key to doing this in the neighborhood. They got to get out of their cars and talk to the people,” he said.

The four candidates agreed on some points, including campaign donations from developers (limiting them), the $6 billion Lincoln Yards Proposal (not supporting it) and property taxes (not raising them).

“We’ve had [former Cook County Assessor] Joe Berrios for so long, doing things in the wrong way … we need to work with Fritz Kaegi to make sure we’re actually honoring poor people who’ve been regressively taxed through these property deals that are completely imbalanced,” Sales-Griffin said.

Kozlar said he’s abided by all the ethics boards questionnaires and doesn’t plan on releasing his tax returns.

As for the last good book they’ve read and their favorite musical artists?

For Joyce, it’s “Catcher in the Rye” by J.D. Salinger and singer-songwriter Waylon Jennings.

The book “Leadership: In Turbulent Times” by Doris Kearns Goodwin was Fioretti’s choice, in addition to music by blues musician Buddy Guy (who donated more than $500,000 to Fioretti’s campaign, he said).

Kozlar said his recent favorite is “The Alchemist” by Paulo Coelho and rock band Pearl Jam topped his band list.

The Week in Review: Mayoral Candidates Ramp Up Attacks