Ask Geoffrey: What Became of Artist Behind These 1970s Murals?

A viewer remembers helping an artist paint vivid rainbow stripes on the walls of Lower Wacker Drive as a teenager, but she can’t recall the artist’s name.

Geoffrey Baer tells us who the artist at the end of the rainbow is. And he also has the story of a Chicago company that helped keep cars running in the winter nearly a century ago.

When I was in art school in 1970 I spent a summer painting murals, including a MASSIVE rainbow painting in Lower Wacker Drive. Who was that very talented muralist, what has become of him, and are there photos of Lower Wacker at the time and his other artworks?

The muralist our viewer remembers was Sachio Yamashita. He lived in Chicago for several years in the 1970s and was known for his brilliantly colored murals all over the city. Sadly, most of his work is gone today, including the mural our viewer worked on, “Balance of Power.”

Yamashita was born in Japan and immigrated to the U.S. in 1968 to work as an artist-in-residence at Prairie State College. Afterwards, he settled in Chicago and began collaborating with other artists at a nonprofit art center called Art & Soul in the Lawndale neighborhood.

Yamashita and volunteers covered the building’s façade in a rainbow-striped mural, a convention that became his signature in Chicago. (This predated the use of the rainbow as a symbol of the LGBTQ community, which began in 1977.)

Soon, Yamashita was painting murals in playgrounds, on commercial buildings and shopping malls. Chicago historian Tim Samuelson said that the effervescent Yamashita’s goal was to create art every day.

In Chicago, he was especially motivated to brighten what he perceived as a dark and gray city. One of his most visible projects was painting rooftop water tanks that dotted the city in gumdrop colors. His stated goal was 1,000 tanks, but he was only able to paint 13 in total. 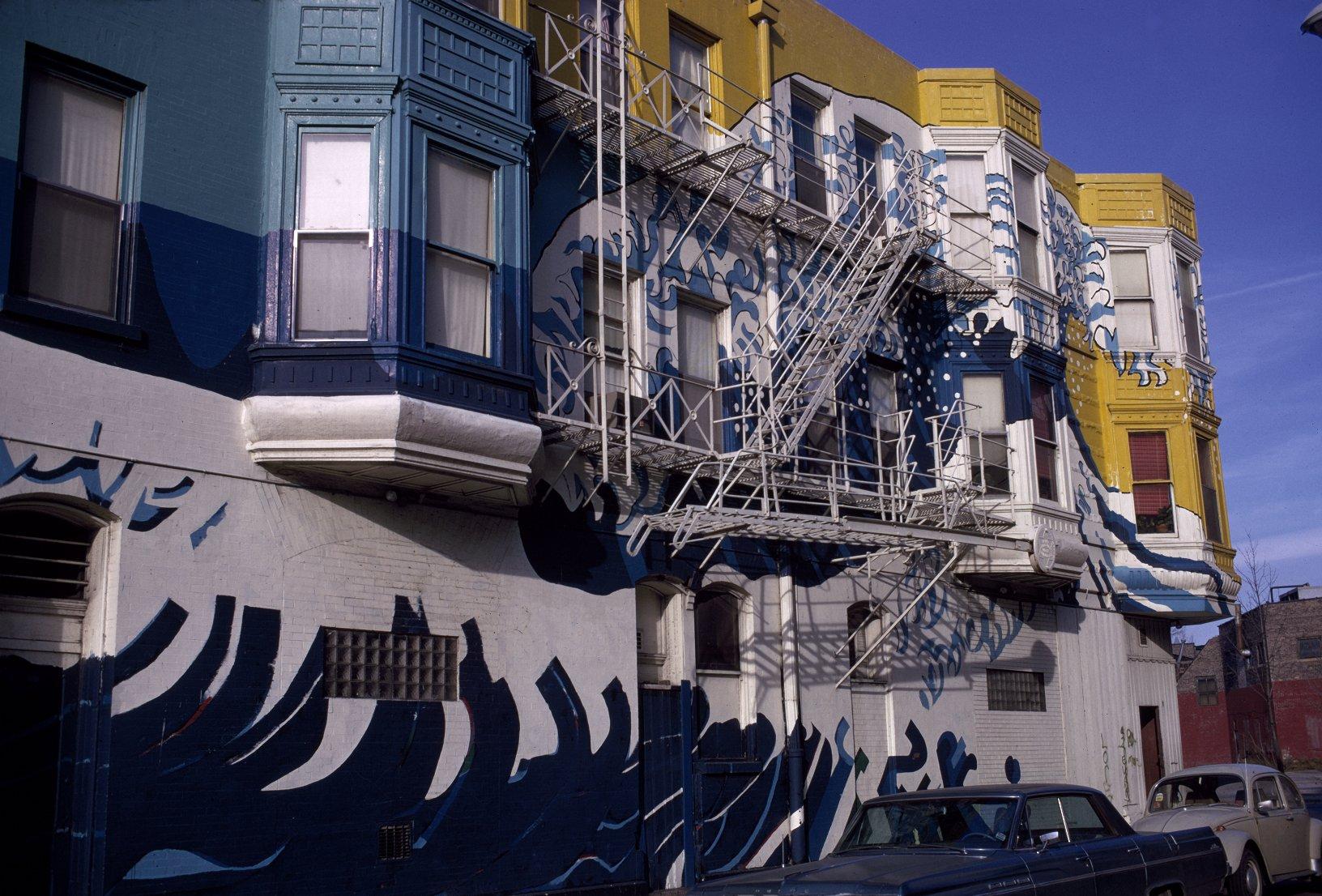 Another one longtime Chicagoans might remember is a blown-up version of a famous Japanese woodblock print depicting frothy waves on an apartment building in Old Town. The entire building is gone now.

But many people are probably familiar with at least one surviving Yamashita work. On the front of the Billy Goat Tavern on Lower Michigan, Yamashita painted rainbow goats – see one there above the windows? -- in exchange for beer and “cheezborgers” in 1970.

Yamashita went on to paint prominent murals in other Midwestern cities. He eventually made his way to the West Coast in the ‘80s and settled in San Francisco, where he continued painting until his death in 2009 at the age of 76. 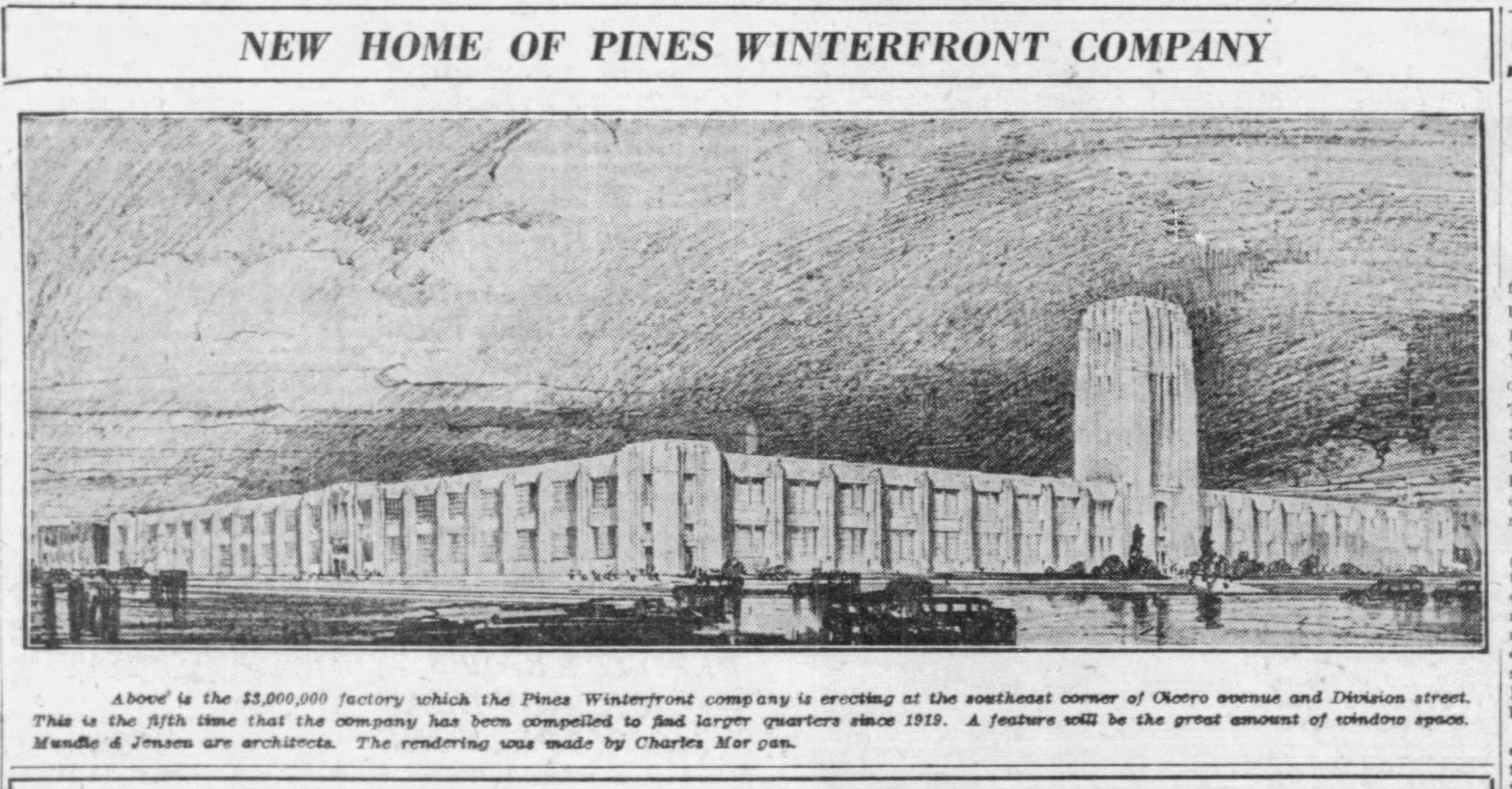 There’s a factory building in the Austin neighborhood that says Pines Winterfront Company over the entrance. What’s the building’s story, and what the heck is a winterfront?

The factory building is on the southeast corner of Division and Cicero, and engraved over the entrance is the name Pines Winterfront Company. As with many old Chicago buildings, the ornament that gives a clue to the product they made – an object that looks kind of like a shield in a repeating medallion is a representation of an automobile accessory called a winterfront.

Back in the early days of automobiles, one of the problems with driving in cold weather was that the water in a car’s radiator could freeze. This could cut off the circulation of cooling water, ironically causing the engine to overheat. The radiator sits right in the front of the car behind the grille, so to avoid freezing, folks would sometimes put a blanket over the grille or a piece of cardboard between the grille and the radiator to keep cold air out. Some of the nicer models of cars came with louvers in the front that could be opened and closed manually to control the flow of cold air over the radiator. 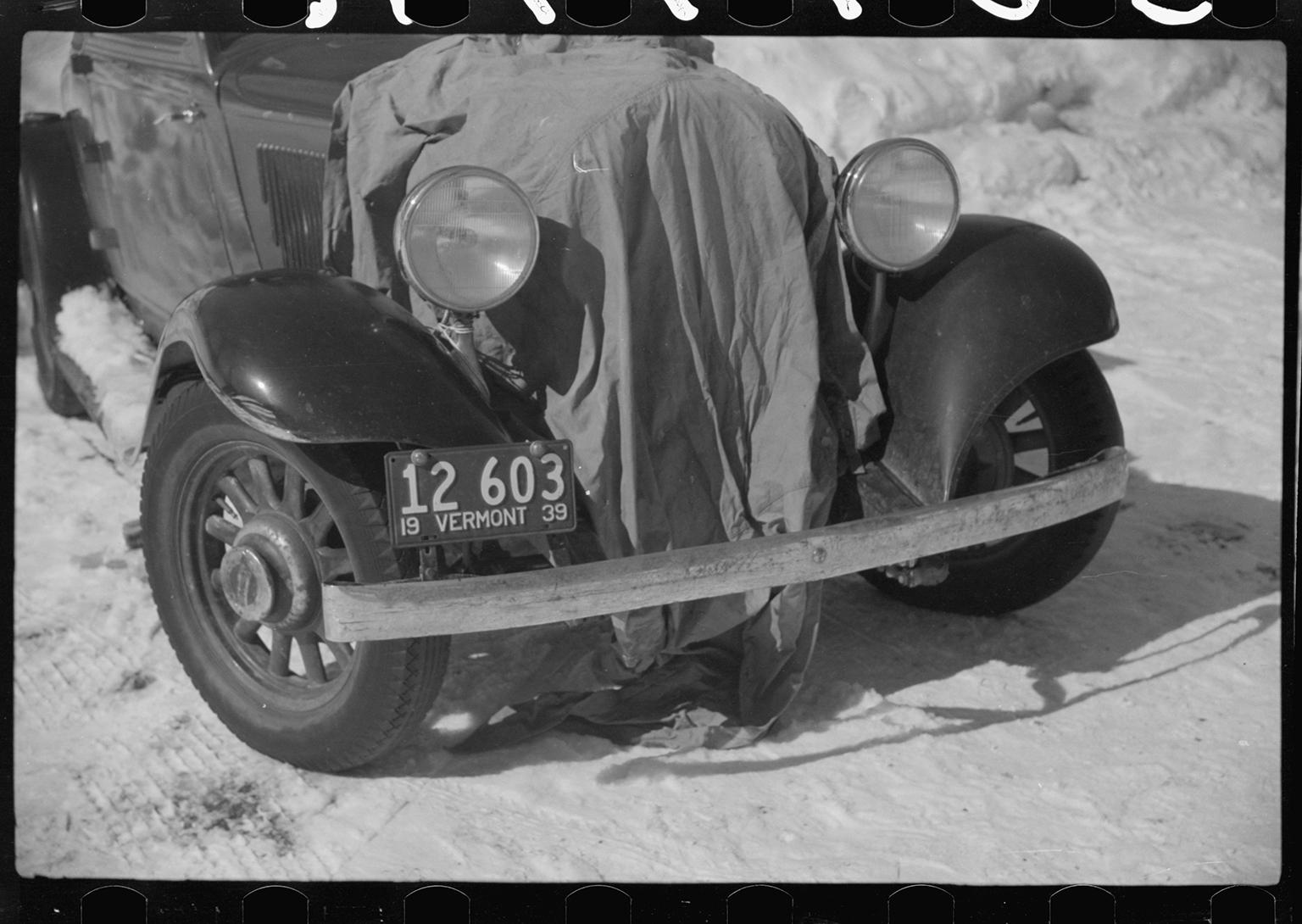 But a River Forest man named James Raleigh had a better idea. In 1925, he patented the thermostatically controlled automatic winterfront. This aftermarket accessory used a thermostat to open and close shutters automatically, and it took the guesswork out of the operation. Too cold … shutters close. When the engine warms up to operating temperature, they open up again.

Back to the 1920s. Raleigh’s invention was a hit and soon winterfronts from his company, Pines Winterfront, were sold at auto service stations and even the Sears, Roebuck catalog. Business was good enough that a bigger factory was designed by the firm Mundie & Jensen and built in 1929. (William Bryce Mundie, by the way, was a pioneering architect and engineer in the early days of the Chicago skyscraper.)

But the young company didn’t last long in its new building. By the 1930s, temperature-control technology in cars was already making the winterfront obsolete. Pines Winterfront dissolved in 1940 and the factory building was sold to the U.S. Army to be used as a supply depot.

Today, the building houses a factory that makes polypropylene webbing which is used to make things like cargo straps.