The Russian invasion of Ukraine brings back memories of the Cold War.

As the U.S. and other countries enact sanctions against Russia, some remnants of escalating tensions between the U.S. and the U.S.S.R. still stand in Chicago.

Were intercontinental ballistic missiles ever housed or siloed at Montrose Harbor? If so, are any of the silo structures still there? — John Reece, Chicago

There were no intercontinental ballistic missiles — or ICMBs — at Montrose Harbor. However, there was a Nike missile base there.

The U.S. developed the Nike missiles during the Cold War to defend against a new generation of Soviet bombers armed with nuclear weapons capable of reaching well beyond the country’s coasts and borders to almost any target in the United States.

Around 300 Nike missile sites were installed in rings around major metropolitan areas and other strategic sites across the country in the early 1950s — including about 20 in Chicago. They were said to be the last line of defense.

Montrose Harbor was the radar and command center that controlled a battery of missiles located right next door at Belmont Harbor. 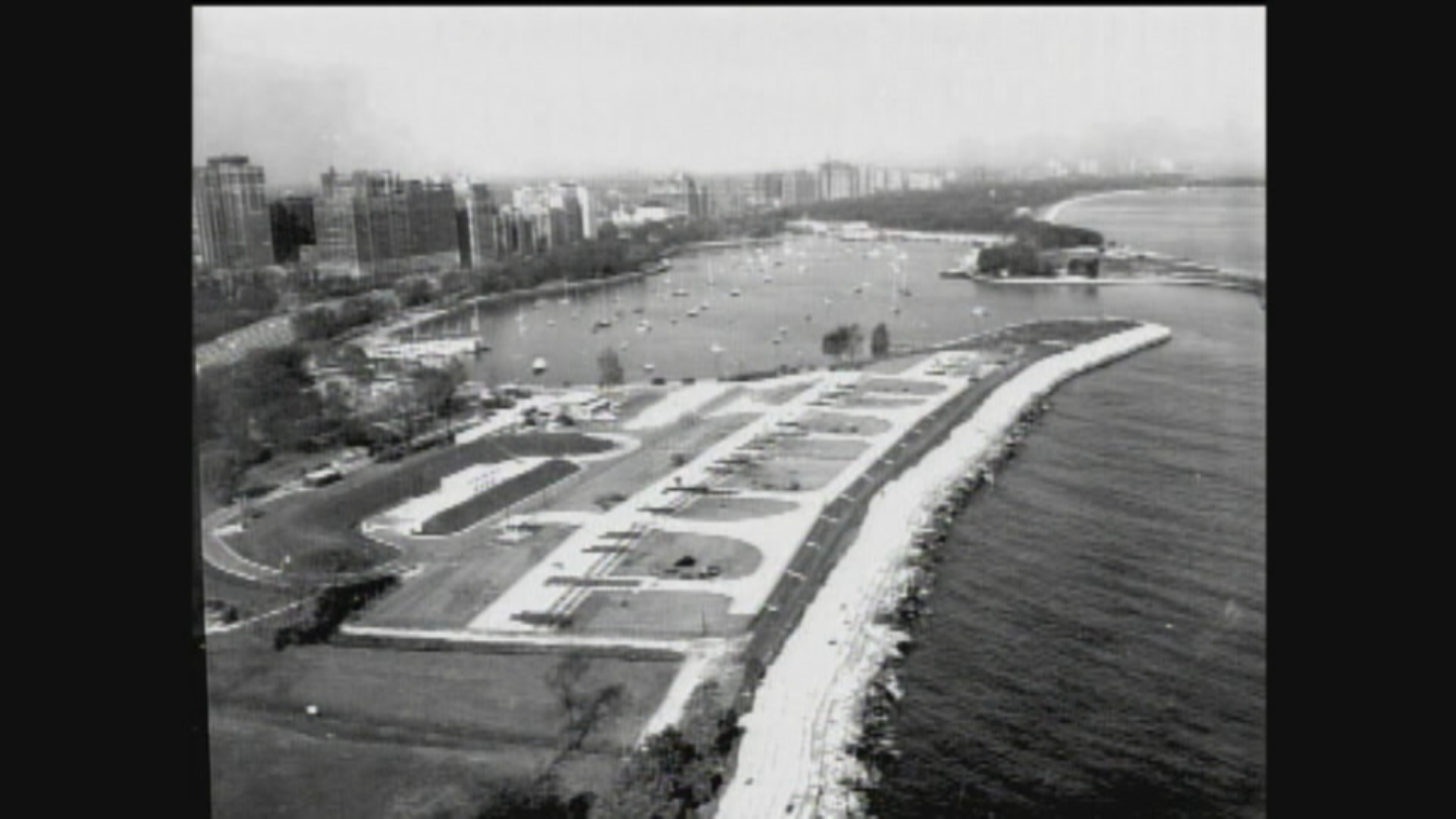 A battery of Nike missiles was installed at Belmont Harbor in the early 1950s. (WTTW Archive)

Another launch facility was on the South Side in Jackson Park, with the radar and control center on Promontory Point.

There were also sites in Wolf Lake, Fort Sheridan, the Skokie Lagoons and elsewhere placed strategically to overlap — so that no part of the Chicago-area would be left unprotected.

Initially the U.S. used Nike Ajax missiles. They could reach speeds of over 1,600 miles per hour — that’s more than two times the speed of sound — and could climb up to 70,000 feet. But the Ajax could only travel about 25 miles, which military leaders felt was not far enough to be an effective air defense.

The Nike Hercules was Ajax’s successor. It was faster, and could travel farther — up to 90 miles. It could also be equipped with nuclear warheads.

The missiles were stored horizontally underground. A large elevator would bring the missiles to the surface, and crew members would push the missile to position.

No missiles were ever actually launched in Chicago. But the missile crews would practice bringing them up from underground and pointing them at the sky.

Nike was meant to defend against manned aircraft. But, by the late ‘50s, the Soviet Union shifted its strategy because those aircraft were vulnerable to attack.

The solution was intercontinental ballistic missiles, which could be launched from Soviet soil. At the time, there was no effective defense against missiles like that.

This change eventually made Nike’s air defense role obsolete. Defense dollars were shifted to other projects — like developing America’s own intercontinental ballistic missiles and missile defense systems, along with the growing war in Vietnam.

The U.S. government began phasing out Nike bases in the mid-1960s amid budget cuts. The country didn’t deactivate most sites until the 70s — after the second Strategic Arms Limitation Treaty signed by the Soviet Union and the U.S. in 1974. The U.S. still has an arms limitation treaty with Russia through February 2026.

Almost all of the towers and control facilities are gone now including all traces at Montrose Harbor. But some remnants and buildings still stand, including in Wolf Lake where an actual Nike missile is on display.

Meanwhile, the area that used to be a Nike site at Montrose Harbor is now a nature preserve. Jackson Park’s old site is now a golf course. Belmont Harbor’s site is now a grassy area on the lakefront, as is the old Promontory Point site.