The musical “Hamilton” is now in its third year in Chicago.

Its blend of hip-hop and history is also a big hit in theaters across America. A new book looks at the trajectory in American theater that led to “Hamilton.” Looking back over the past 25 years, “Rise Up! Broadway and American Society from ‘Angels in America’ to ‘Hamilton’” is the new book by Chicago Tribune theater critic Chris Jones.

In the book, Jones makes the case that most American playwrights of the mid-20th century rejected politics in favor of exploring the schisms in the American family – and that American plays and musicals of the past 25 years have become increasingly political.

“Rise Up!” is told chronologically, beginning in 1993 with “Angels in America,” which, Jones says, brought “impatience” to the theater and “a new level of ambition – bigger and smarter ideas.”

He also writes about the development of the solo voice in artists including Whoopi Goldberg, Anna Deavere Smith and Spalding Gray. And he details the success of “Rent” – and the tragic loss of its composer Jonathan Larson, who died at age 35 just as the show was getting its first off-Broadway performance.

In other chapters, Jones explores the shows that gave America hope (or at least a distraction) following 9/11: “The Producers,” and especially “Metamorphosis,” an adaptation of the ancient Roman epic from Lookingglass Theater ensemble member Mary Zimmerman that takes us from the creation of the world through Julius Caesar.

Jones also writes about meta-musicals that often remind us that we’re watching a musical (including “Monty Python and the Holy Grail” and “Urinetown” – a show developed by Chicago creators and Neo-Futurist alums Greg Kotis and Mark Hollmann) and he considers the “great over-reach” of expensive flops like “Spider-man: Turn Off the Dark.”

And of course, Jones tackles the phenomenon of “Hamilton,” which was basically workshopped at the Obama White House – and later caused a stir when one of the stars addressed Vice President-elect Mike Pence following a performance just days after the 2016 election.

Jones joins us in conversation. 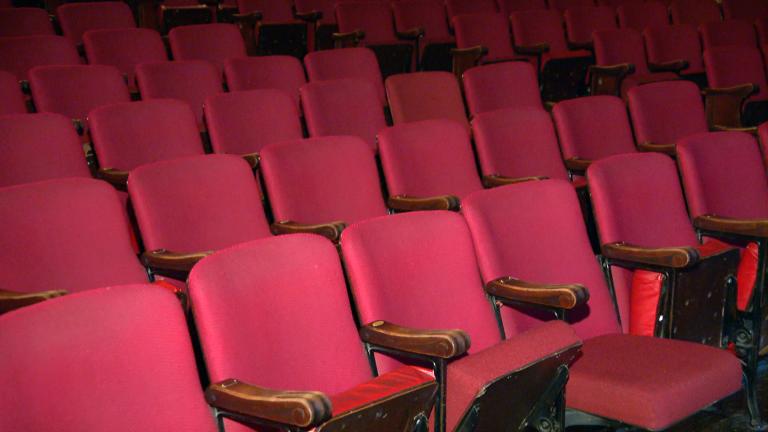