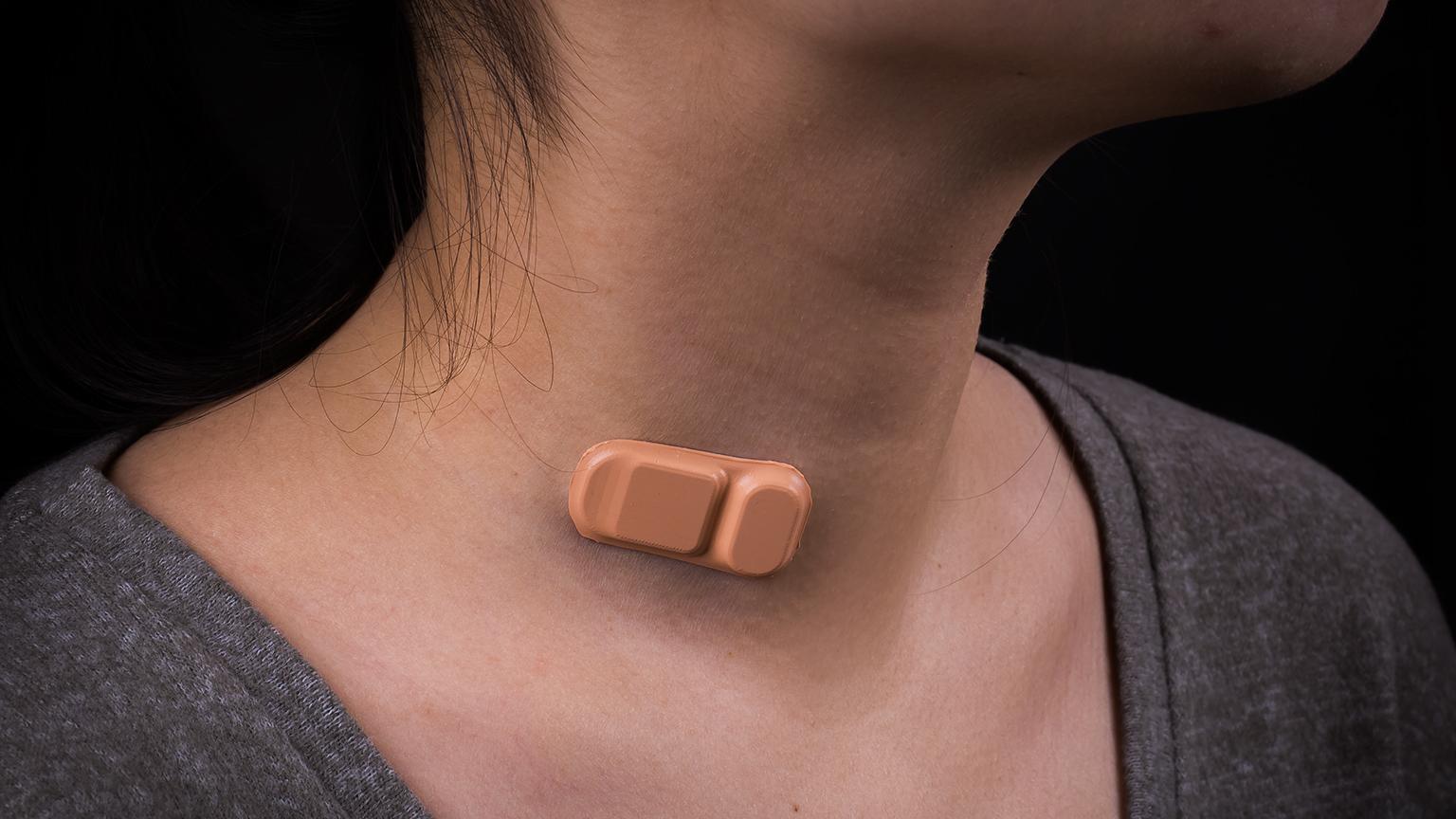 For most people, a headache is a nuisance. But for people with hydrocephalus, a headache can indicate a serious problem requiring a hospital visit, tests, radiation and even surgery.

Hydrocephalus is a potentially life-threatening condition in which excess fluid builds up in the brain. It’s about as common as Down syndrome, affecting one in every 1,000 live births. To treat the condition, surgeons implant a straw-like catheter, or shunt, into the brain to drain excess fluid to another part of the body.

But shunts have a nearly 100 percent failure rate over 10 years – and diagnosing failure is difficult, according to researchers. A new, noninvasive skin sensor developed at Northwestern University can detect whether a shunt is working in minutes.

“The biggest part of hydrocephalus is the unpredictability and not being able to know from one day to the next whether you’ll be in the emergency room or at home,” said Beth Meyer, whose 26-year-old son has hydrocephalus, in a statement. “This type of device would get rid of the uncertainty.”

Meyer’s son, Willie, is among more than 1 million Americans who live with shunts and the constant threat of their failure. Willie has had 190 surgeries, spent many holidays in the emergency room and nearly missed his high school graduation because of emergency brain surgeries for his condition.

When a shunt fails, a patient can experience headaches, nausea and low energy. If a patient experiences any of these symptoms, they must go to a hospital and get a CT scan, an MRI or even undergo surgery to see if the shunt is working properly.

If left untreated, hydrocephalus can lead to death. Treating hydrocephalus is estimated to cost $50,000 per patient per year, according to researchers, and costs the U.S. health care system about $1 billion per year. Researchers see their new Band-Aid-like sensor as a way to reduce medical costs and revolutionize the way patients manage the condition, which can affect both adults and children.

“We envision you could do this while you’re sitting in the waiting room waiting to see the doctor,” said co-lead author Siddharth Krishnan, a fifth-year doctoral student in the Rogers Research Group at Northwestern, in a statement. “A nurse could come and place it on you and five minutes later, you have a measurement.”

Developed by the Rogers Research Group at Northwestern, the soft and flexible sensor uses measurements of temperature and heat transfer to tell if and how much fluid is flowing through a shunt. The device has a tiny rechargeable battery built into it and is Bluetooth enabled so it can send measurement readings via an Android app.

“It’s a wearable device with a specific but useful mode of operation that’s addressing an unmet need in clinical medicine,” said study co-author and Northwestern professor John A. Rogers in a statement. “There’s nothing like this out there today.”

The device was successfully tested on five adult patients with hydrocephalus in a clinical trial. A larger pediatric clinical trial will begin soon at the Ann & Robert H. Lurie Children’s Hospital of Chicago.

“Shunt malfunction symptoms, like headaches or sleepiness, are things kids can have for lots of reasons, like the flu,” said co-senior author Dr. Matthew Potts, assistant professor of neurological surgery at Feinberg and a Northwestern Medicine physician. “So if a child has these symptoms, it’s very hard to know, and every time your kid says they have a headache or feels a little sleepy, you automatically think, ‘Is this the shunt?’ We believe that this device can spare patients a lot of the danger and costs of this process.”

Researchers are working on outsourced production of a few hundred sensors to support the pediatric study and further develop the technology.

“We realized this couldn’t be one of those research projects that stopped with the paper,” Krishnan said. “The last few months have been about taking this lab-scale prototype that we’ve essentially built by hand and thinking about how to make that something that can be manufactured externally with the same level of performance.”

Rogers and Dr. Amit Ayer, a sixth-year neurosurgery resident at Northwestern, are co-founders of Rhaeos, Inc., a company that is commercializing the technology.

The study was funded by the Center for Bio-Integrated Electronics at Northwestern with small additional funding through the Dixon Translational Grant at Northwestern’s Feinberg School of Medicine.