Cars. Construction. Pollution. And a garden. Blossoming at the University of Illinois at Chicago is the city’s first and only urban medicinal garden.

“So basically we try to show the best of every species,” said Doel Soejarto, professor emeritus at the UIC College of Pharmacy. He has served as the garden’s curator for 13 years.

“The garden is open 24 hours a day, seven days a week. So anyone interested can come in to look at the labels and the plants,” he said.

The Dorothy Bradley Atkins Medicinal Garden has been a project of the UIC College of Pharmacy since 1999. Each plant has compounds known to alleviate a variety of sicknesses and symptoms. 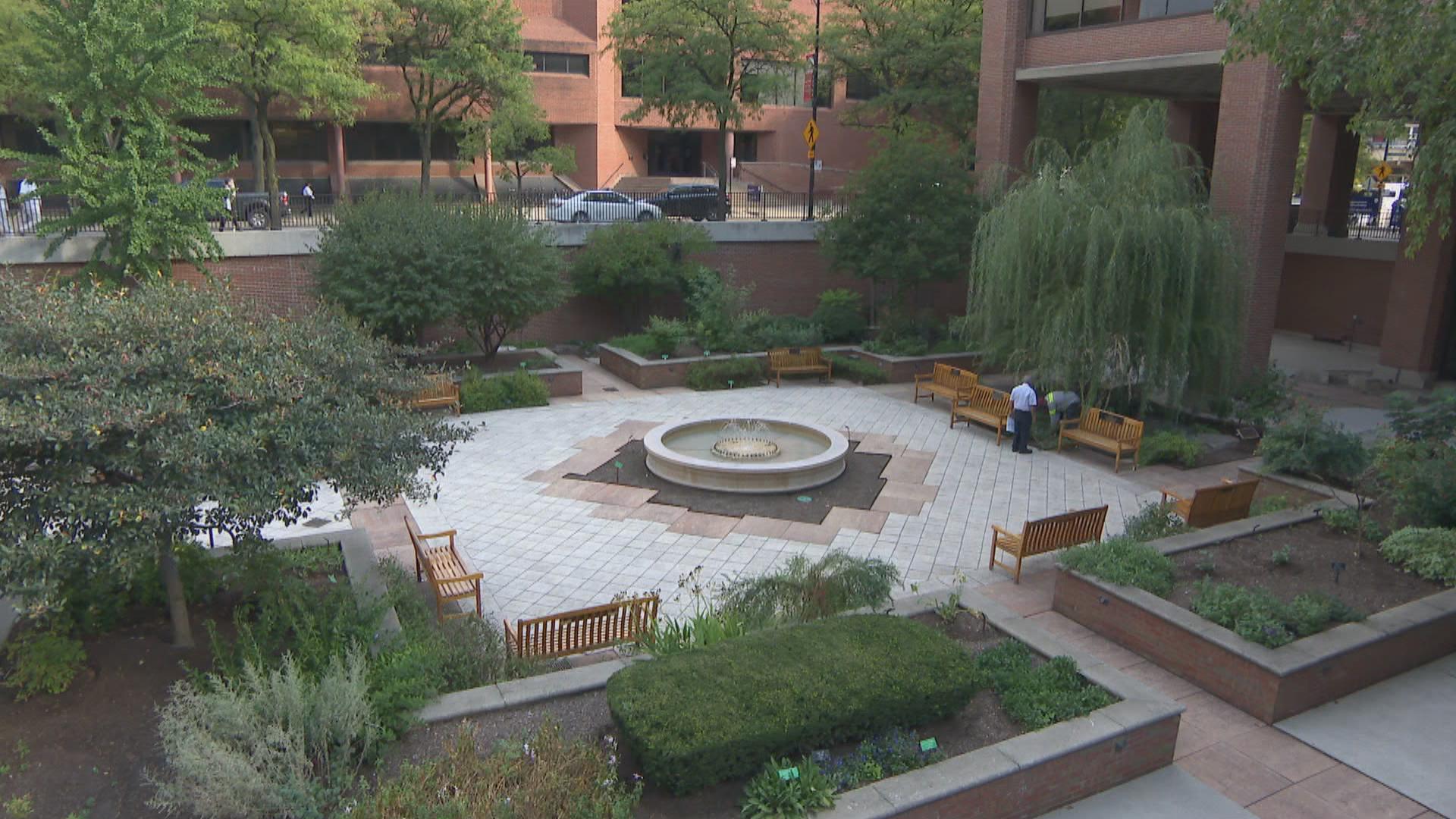 For example, the compounds in autumn crocus can treat gout. The elements in birch trees have shown to kill melanoma cancer cells.

And there’s one plant that probably rings a bell for some. Its scientific name is Humulus lupulus, commonly known as hops – one of the main ingredients in beer.

“The plant also has been basically used as a sedative because it has some glands over here that when you expose too much of that, by the end of the day those people who harvest become sort of sleepy,” Soejarto said.

On Tuesdays during the spring, summer and fall, the garden gets some TLC. That includes weeding, sprucing and mulching to fight off the effects of an urban setting and Chicago’s cold winters.

“In general, pollution and so on, that’s a part of the urban situation,” Soejarto said. “We do receive that piling up every day somehow, but many of the plants seem to be resistant to those. That’s the fact. Because as you see, it’s here, it has been here.”

The garden has a few purposes, like serving as a place for relaxation, and to educate the public during the school’s annual garden walks.

And it supports teaching at the college.

“Pharmacognosy is dealing with medicinal plants, so you cannot simply talk about the name of the plant,” Soejarto said. “Here we take students to see the plant that we’re talking about.”

But the number one reason for the garden: to support research at the UIC/NIH Center for Botanical Dietary Supplements Research, better known as the Botanical Center.

The research here is funded by the National Institutes of Health.

“The medicinal garden we have here at UIC is a real asset for our work because it allows us to grow the plants we investigate in the laboratory right outside,” said Guido Pauli, the Norman R. Farnsworth Professor of Pharmacognosy at the College of Pharmacy.

One of the plants studied at the center is hops, contributing to research on women’s health.

“Our work with hops is longstanding,” Pauli said. “The components that are of interest for our botanical dietary supplement are distinctly different from the constituents that go into beer brewing. And these materials show very interesting effects that match symptoms in menopausal women.”

One of the symptoms hops has been found to treat: hot flashes.

The work at the botanical center doesn’t produce dietary supplements. Instead, the plant in question is ground and brewed into a liquid extract, like coffee, that’s later tested in clinical trials for safety and efficacy.

“The information from clinical trials is actually very valuable information for the scientific community to figure out what natural products are actually capable of doing, what their health effects are,” said Pauli. “Are they safe, are they not, are there any concerns, are they effective or not?”

Back in the garden, we ask about plans to grow one popular medicinal plant – cannabis.

There aren’t any at the moment, but if there were, Soejarto says the plant would need to be protected and away from the public.