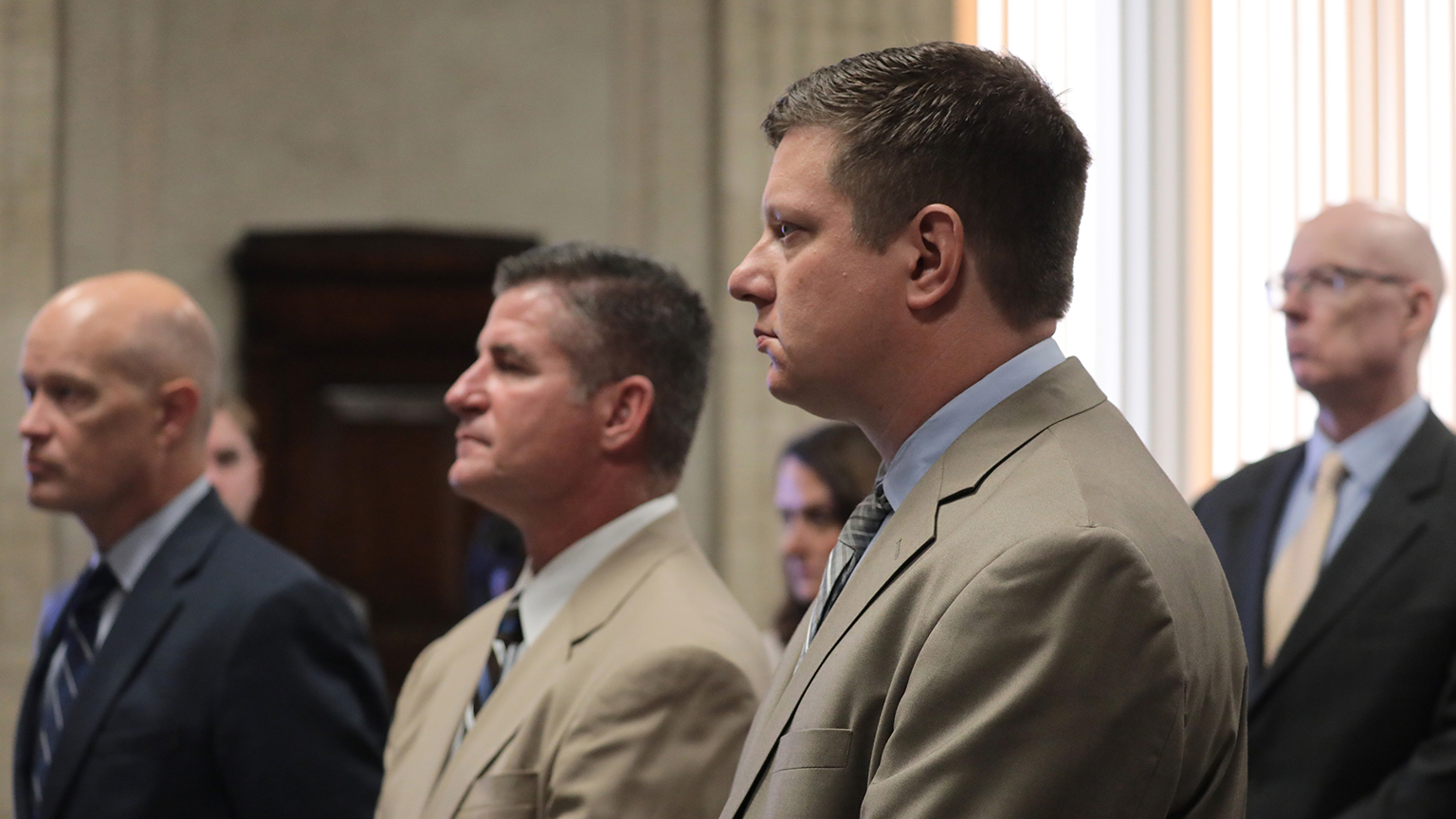 As word of Mayor Rahm Emanuel’s decision not to seek a third term spread through a stunned Cook County courtroom Tuesday morning, a smile spread across the face of defense attorney Daniel Herbert.

Tuesday marked the final pre-trial hearing in the meandering, yearslong case against Van Dyke, who is charged with first-degree murder in the death of teenager Laquan McDonald. During a police call in October 2014, Van Dyke shot McDonald 16 times as the teen walked along a Southwest Side road carrying a knife. Van Dyke also faces 16 counts of aggravated battery and one count of official misconduct.

Jury selection is scheduled to begin Wednesday inside the Leighton Criminal Court building.

Emanuel’s shocking announcement came during an hourlong recess during Tuesday’s hearing. McDonald’s death and an alleged cover-up of the shooting figured to play a major role in the upcoming 2019 mayoral election, especially with Garry McCarthy – Emanuel’s former police superintendent who he fired shortly after Van Dyke was charged in 2015 – running for the office.

Herbert believes negative media coverage of his client makes a fair trial before a Cook County jury impossible. Some of that negative attention, he argues, comes directly from Emanuel.

In seeking to move the trial elsewhere, Herbert has cited multiple mayoral statements in which Emanuel referred to the shooting as “hideous” and said Van Dyke “had no justification” to shoot McDonald.

“While the statements range in both content and length,” Herbert wrote in reference to these comments in one June motion, “they all maintain the same message, Jason Van Dyke is guilty.” 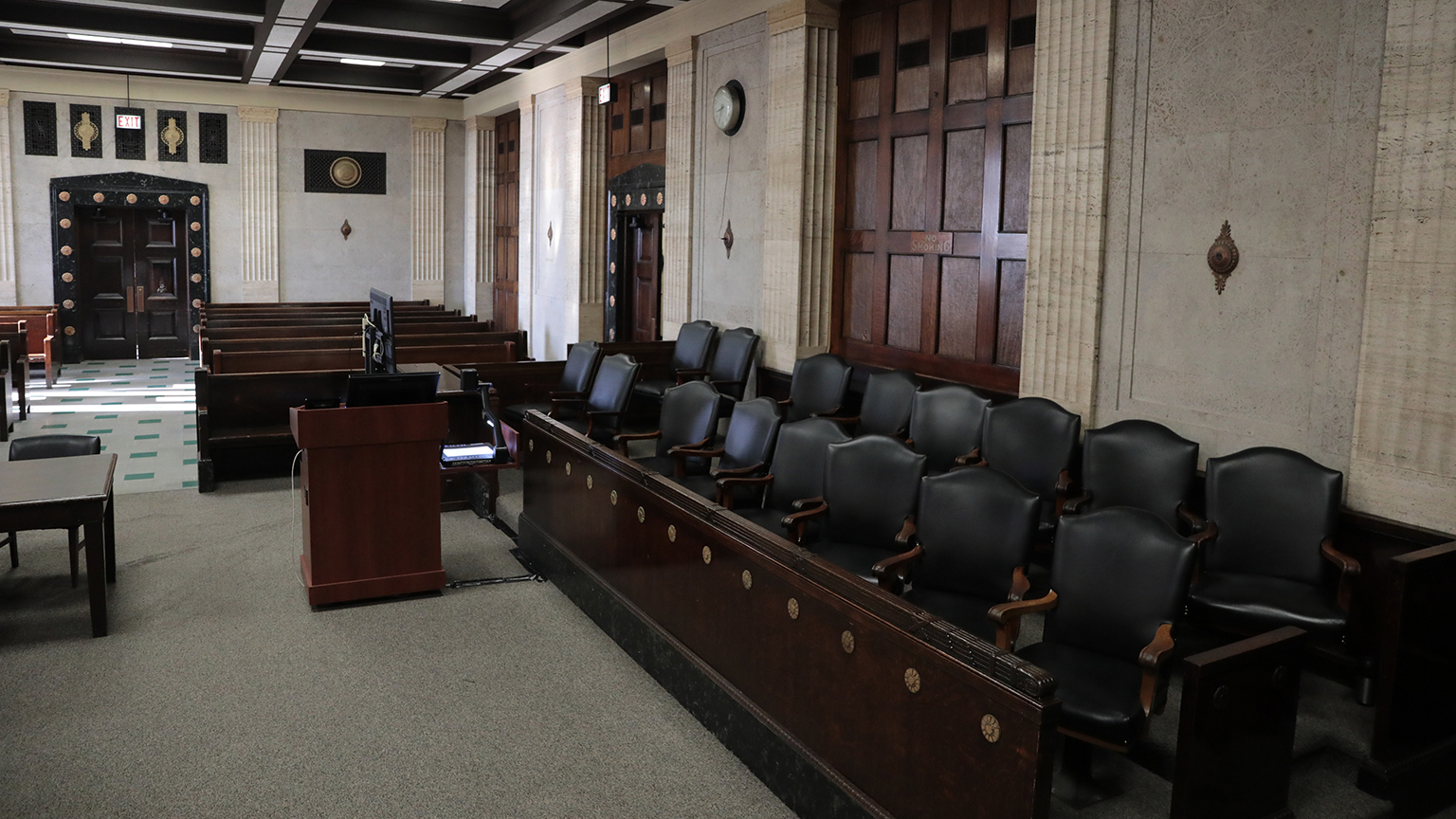 Despite all the noise surrounding the case, Wednesday’s hearing should be a quiet affair, at least inside the courtroom. A plethora of potential jurors will arrive and pick up questionnaires to determine whether they can hear the case impartially. But Cook County Judge Vincent Gaughan has ruled there will be no extended media coverage for the duration of the selection process to keep potential jurors’ faces out of the public eye.

Outside the courthouse, on the other hand, hundreds of protesters are expected to gather nearby. The Chicago Tribune reported last week police officers plan to corral demonstrators in a gated lawn area north of the Leighton Criminal Court building.

McDonald’s family has called for justice, but wants those protesting to remain peaceful throughout the duration of the trial.

“We are conscious that Laquan McDonald represents all of the victims of police violence against citizens in this city and in this county,” McDonald’s great uncle, Pastor Marvin Hunter, said during a press conference Tuesday. “However, we are asking for complete peace, we don’t want any violence before, during or after the verdict in this trial.”

McDonald’s family has kept a low profile since the shooting. His mother, Tina Hunter, has not spoken publicly about the case. Marvin Hunter would prefer to see no protests during the trial, but said he understands why people want to demonstrate. Asked what he does want to see, he replied, “a fair trial.”

“I want the prosecutor to do everything and use every tool that he has at his hand,” he said. “I want him to use every ounce of strength that he has in his mind to make sure that justice is served here and when that happens, I want to accept it – win, lose or draw.”

On the eve of the trial, several key issues have yet to be ironed out, including where and by whom the case will be heard. Van Dyke’s attorneys have yet to say whether they’ll opt for a jury trial or a bench trial – which would put Van Dyke’s fate solely in the hands of Gaughan.

Additionally, the judge has yet to rule on a defense change of venue request, deferring his decision until after jury selection is underway.

Prosecutors on Tuesday also filed an amended motion as part of their ongoing request to revoke Van Dyke’s bond.

The updated motion includes statements Van Dyke made during a media interview with Fox 32. Special prosecutor Joseph McMahon filed a similar request last week, arguing these interviews violate Gaughan’s decorum order, which bars attorneys and the defendant from speaking publicly about the details of the case.

Gaughan made no ruling on that argument during a rare Saturday appearance last weekend, but is expected to announce his decision at a hearing Thursday morning.

Below, a timeline of events surrounding the shooting.