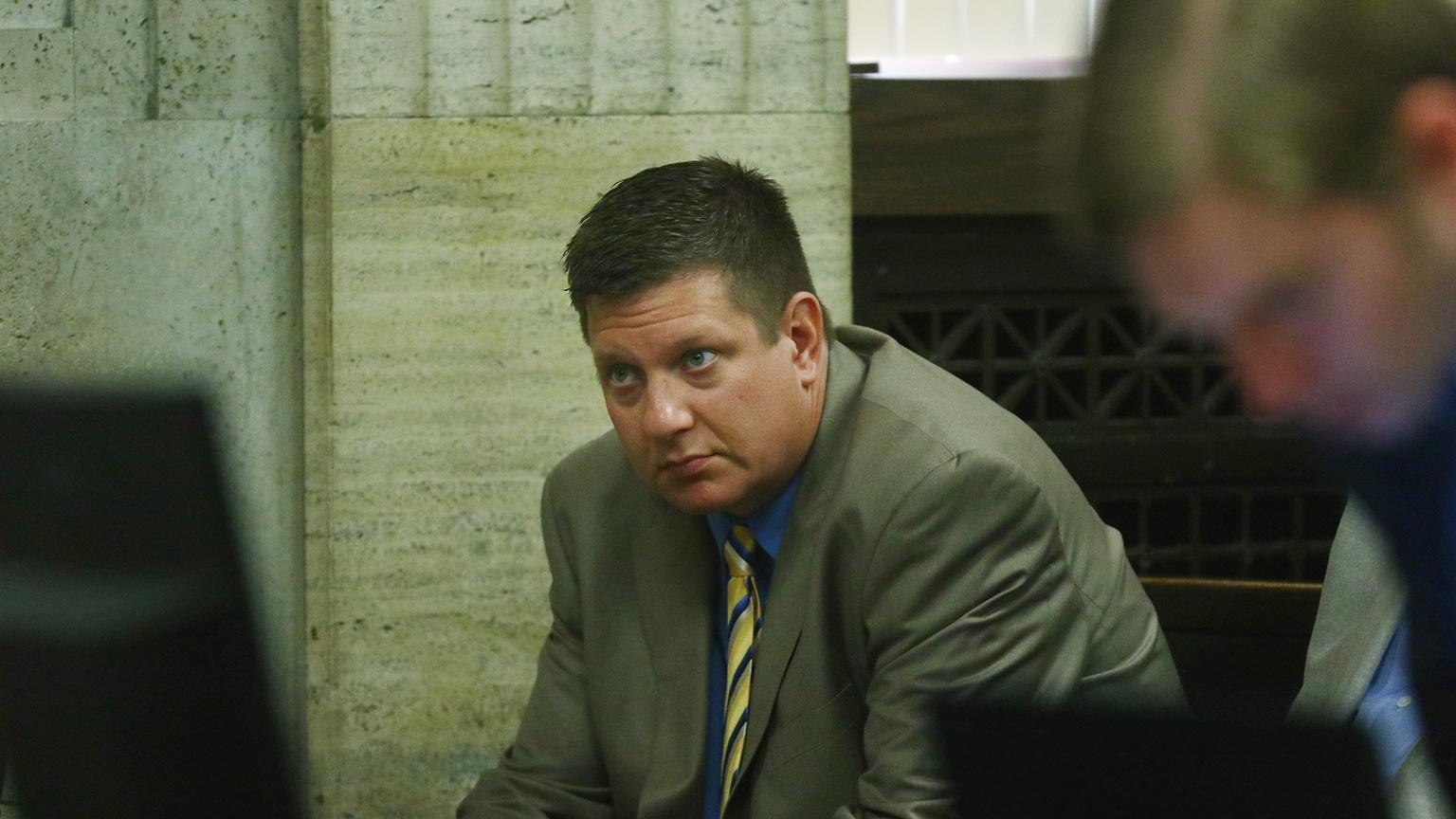 Attorneys for suspended Chicago police Officer Jason Van Dyke will be allowed to use computer-generated animations depicting the trajectory of some of the shots fired at teenager Laquan McDonald as defense evidence in next month’s murder trial.

Cook County Judge Vincent Gaughan on Tuesday ordered that a pair of short animation videos created to show the moments leading up to the fatal shooting and the shooting itself be admissible along with specific jury instructions.

Van Dyke is charged with first-degree murder after McDonald was shot 16 times as he walked along Pulaski Road carrying a knife in October 2014.

The videos, which have not yet been released to the public, run about 30 seconds and 17 seconds, according to defense attorney Daniel Herbert. He said they were made using crime scene photos and drone footage to calculate exactly where various subjects were standing on Pulaski Road when McDonald was shot.

“It is subject to cross examination just like any other piece of evidence,” Herbert told Gaughan. “Courts have consistently allowed it … as technology gets better, it’s becoming a much more accepted method.”

His team is also considering using a third video, which would combine Office of Emergency Management and Communications calls made around the time of the shooting with dash camera footage of the shooting itself.

Herbert told the court these animations will serve as demonstrative evidence – visual aids used to help a jury understand witness testimony. But prosecutors argued they should instead be treated as simulations, or a scientific recreation of the event.

The two finalized videos have been reviewed by special prosecutors, including Kane County Assistant State's Attorney Joe Cullen, who argued Tuesday that they contain “inaccuracies” that could mislead the jury.

Cullen did not specify what those inaccuracies are, but did outline the general content of the animations, saying they switch between real-life dashcam footage and computer-generated figures of McDonald, Van Dyke and his partner, CPD Officer Joseph Walsh.

“They show a sequence of five shots being shot from the defendant’s pistol into Laquan McDonald,” Cullen said, “they have like a blue line, which shows the trajectory …”

Gaughan cut off Cullen at that point, admonishing him against discussing evidence that at that point had not been ruled admissible at trial

Attorneys on both sides are due back in court for a hearing Friday to discuss questions to be included on a questionnaire given to potential jurors before next month's scheduled trial date. The issue of trial venue remains unsolved after Gaughan continued a defense motion seeking to move the case out of Cook County following an all-day hearing last week. The judge will instead rule on that issue after jury selection begins.

Gaughan said that discussion during Friday's hearing will be closed to the public, citing a precedent he set in a previous high-profile criminal case he presided over – the child pornography trial of Chicago hip-hop artist R. Kelly.

“That would be sealed,” he said, “because the R. Kelly case states that if the questions are put out in the public, the answers would not be spontaneous and some people might have a chance to improvise.”