An enduring local mystery has evolved into an art show with global reach. Twenty-seven years ago, a suburban couple found a box of photographs at an estate sale. Those photos, taken in 1945 by a U.S. serviceman, have now inspired a gallery of artwork made by contemporary artists from India.

Jay Shefsky: At the Loyola University Museum of Art, the works currently on view were inspired by a collection of photographs – pictures that were found in a shoebox under a couch at an estate sale.

Alan Teller, curator and artist, “Following the Box”: We pulled out the shoebox and inside we found these brown envelopes that had negatives, 4-by-5 inch negatives, professional press photographer negatives, and vintage prints stapled to them. There were 127 of them in the box, they were gorgeous photographs, just gorgeous, of temples, and portraits, and just very, very cool stuff.

We still don’t know who the photographer is.

Jerri Zbiral, curator and artist, “Following the Box”: But we did find out through our research that they were taken at the Salua air base which is in Kharagpur which is just a little bit southwest of Kolkata. And in 1945 the Americans had a secret air base there and that’s where a lot of the B-29 bombers would come and get refueled, and get serviced and then they would load up bombs and go to Japan.

Shefsky: The couple spent months in India researching the photographs, and they dreamed up an artful idea. 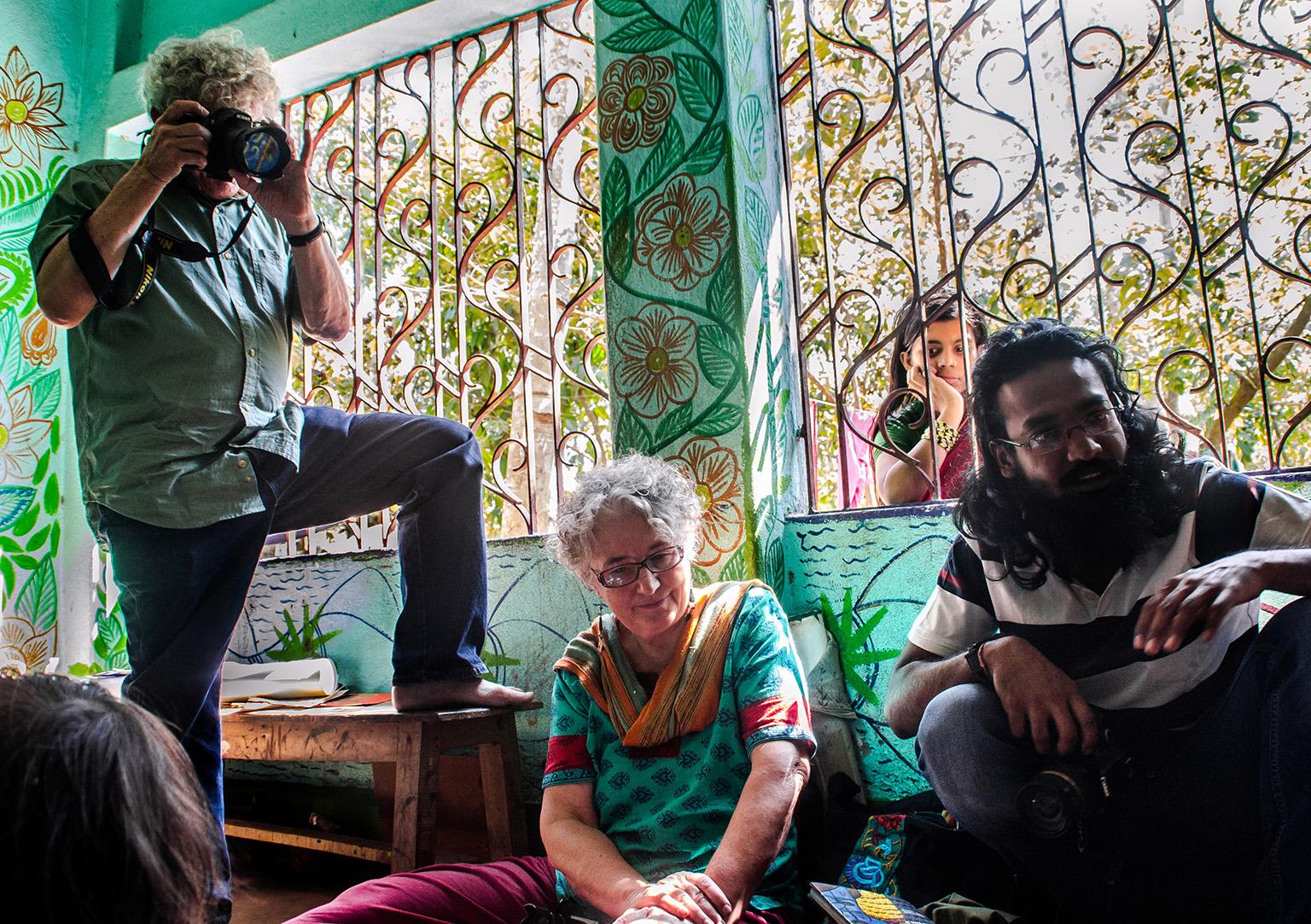 Zbiral: We thought, wouldn’t it be interesting if we took these photographs and placed them in front of some Indian artists and say, “Will you respond to them? What do you think? What is it about these images that captures you?”

We collected a group of 10 Indian artists that were all Bengali.

Teller: We decided to stay in that area because that’s where they were from.

And so we just kept building this up and began to work with these artists who then developed their own interpretations of these photographs, and that’s really the key of this whole thing, is that it wasn’t just, “Oh we found these cool photos and we’re showing the photos.” The idea is that we found the photos, and we’re bringing them back to the subjects and we’re saying, “Well what do you think about this?”

Sarita Heer, Loyola University: The works are amazing and I was really excited about the different types of works shown in the exhibition. I mean one of the things that people don’t understand with India is it’s not this monolithic culture, it’s very very layered, it’s very diverse and my students don’t get that. But when they come and see this they’re floored.

Teller: What was so marvelous about this is the variety of responses. No two people saw the same thing. Everybody responded in a different way. They used their own artistry and their own abilities and their own personal histories in order to tell those stories.

The curators included works of their own among the contributions of the 10 contemporary Indian artists.

Of course, some of the 127 photos that inspired the project are also on view. They were taken by a photographer with an empathetic eye.

Heer: So here we have someone … giving a connection with the people, trying to show everyday life, not some sensationalist nonsense. So he lacks that colonial gaze that has that power structure in there. But then bringing the photographs back to the artists, it’s like flipping the narrative. It gives the artists so much agency. They’re allowed to interpret that instead of having the West interpret them.

Shefsky: Following the box of photographs has led to an intriguing art show – but one question remains: the identity of the photographer.

If only we can find his relatives just to say to them, you have affected thousands of lives.

Teller: We found this at an estate sale, in a shoebox, under a couch, and the message really is that there are great hidden stories everywhere; you just have to take the time to look.

The exhibition “Following the Box” is on view through Oct. 20, 2018 at LUMA, the Loyola University Museum of Art. For more information, visit LUMA’s website.