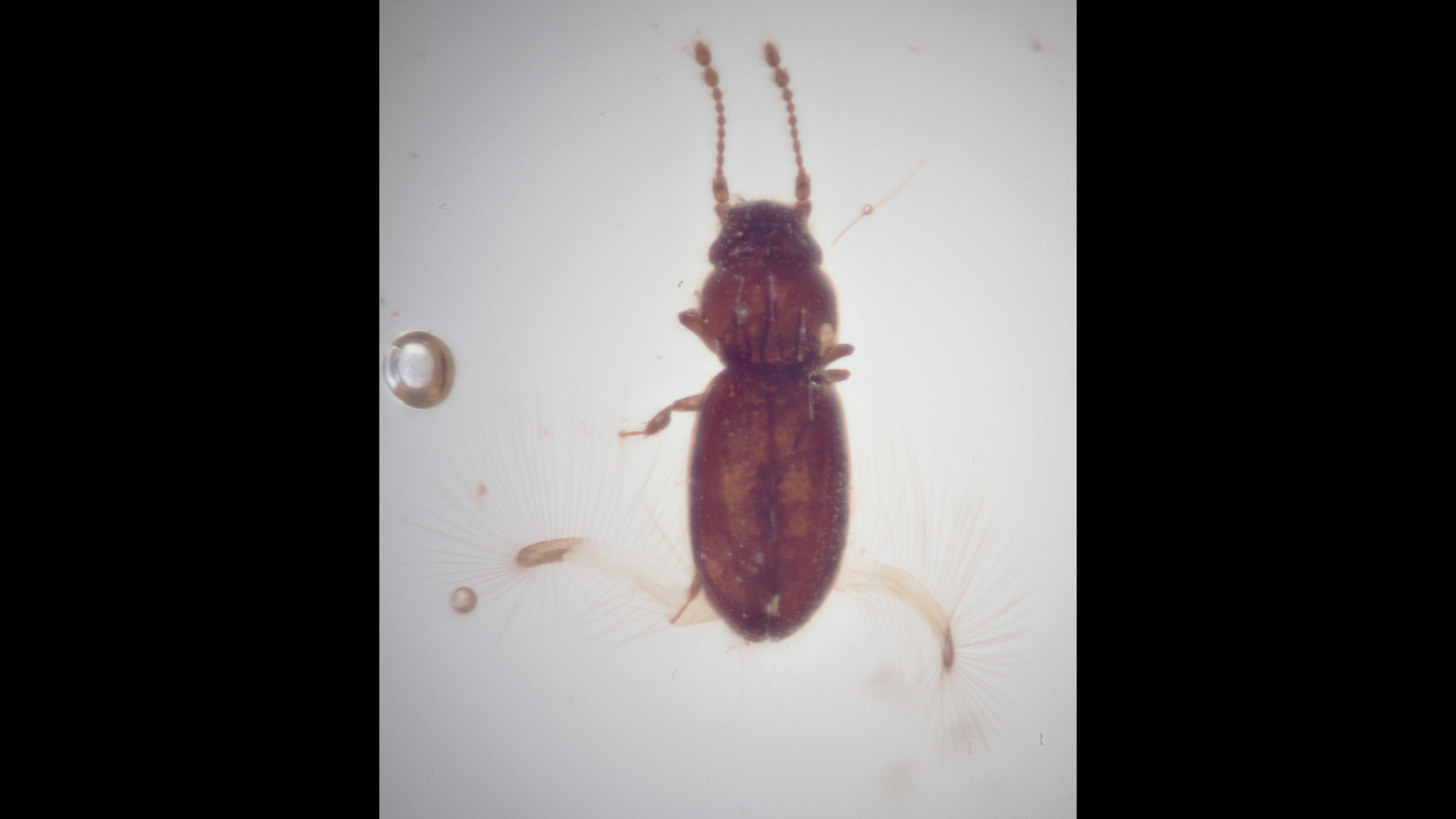 Field Museum researcher Shuhei Yamamoto recently discovered the remains of an insect so ancient that it lived among dinosaurs.

The finding occurred as Yamamoto pored over pieces of Burmese amber, a unique material that is able to preserve fragile life and provide a window into the past, as part of his research at the Field Museum. When Yamamoto spotted a tiny black speck in the amber, he thought he might have found something special.

But he remained skeptical.

“I didn’t have much confidence at first,” he said in a statement, “but after cutting and polishing the amber so I could get a better look, I realized, ‘Oh, this is truly an amazing fossil.’”

Further examination revealed the minuscule bug to be a 99-million-year-old featherwing beetle, named for the feathery fringe on the insects’ wings that enable them to catch the air and float like dandelion seeds. The beetle lived during the Cretaceous Period, when dinosaurs also roamed the planet. 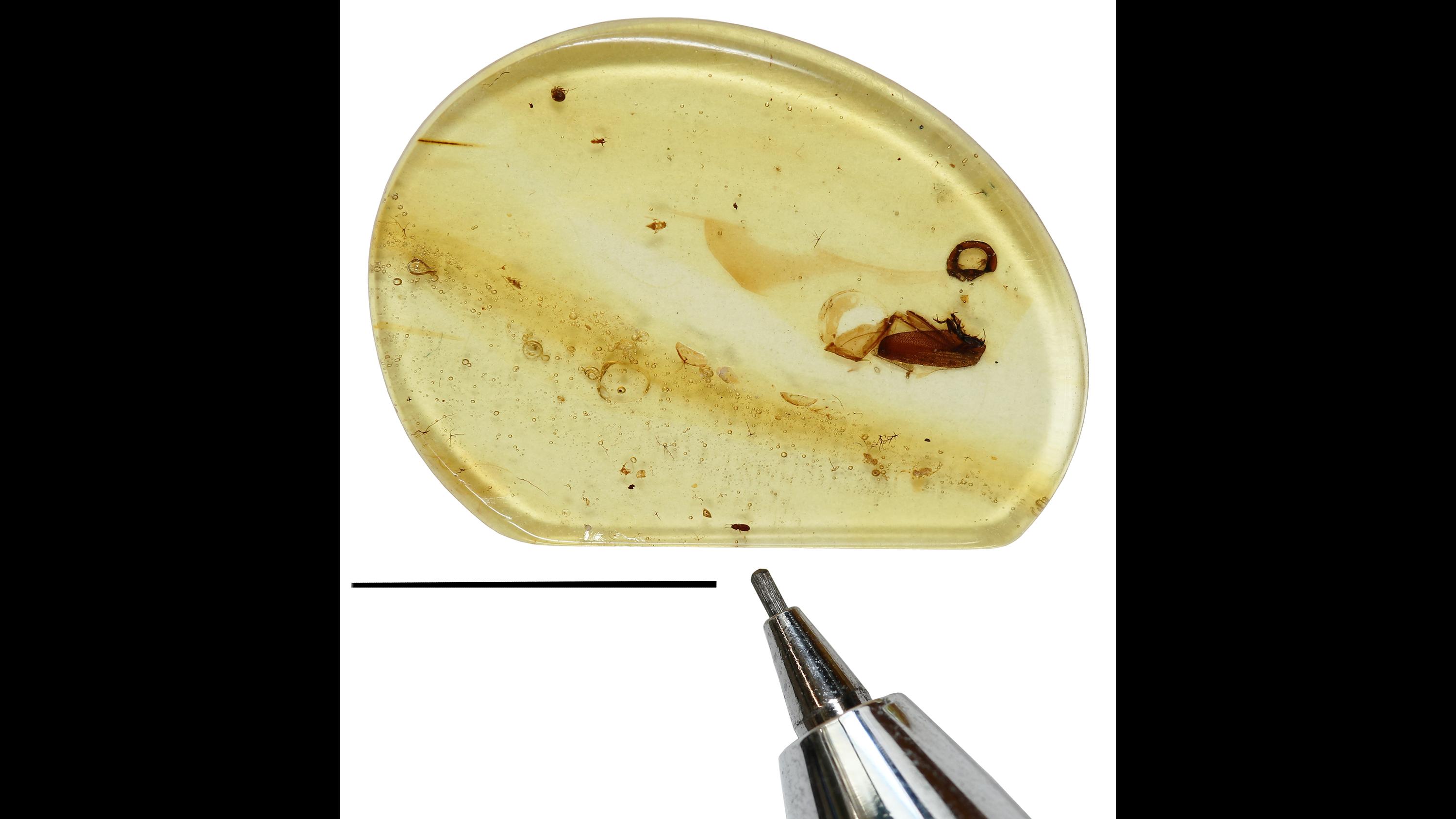 The amber sample with the featherwing beetled trapped inside – the beetle is the tiny speck above the tip of the mechanical pencil. (Courtesy The Field Museum)

The beetle is 0.535 millimeters long, smaller than the period at the end of this sentence. Using a microscope, Yamamoto was able to study its anatomy, such as the three grooves that run like pinstripes up its body. He also determined that the insect had much in common with the featherwing beetles living today, meaning that this particular family of beetles evolved key features (like a tiny body size and fringed wings) millions of years ago.

The discovery of such a small insect, detailed in a recent edition of the journal Cretaceous Research, is rare, Yamamoto said. And it was only possible because of the pieces of amber that Yamamoto combed through as part of his research.

Amber is made from fossilized resin, a sap-like substance produced by plants. When prehistoric insects got trapped in resin, their bodies became incorporated into the amber that formed, allowing for them to be preserved for millions of years.

The amber that incorporated the 99-million-year-old beetle acted “like a time capsule,” Yamamoto said.

The Field researcher worked on the project with Vasily Grebennikov of the Canadaian Food Inspection Agency. Together, the duo decided to name the prehistoric beetle Jason – a reference to the Greek mythological hero who sailed the world in search of the Golden Fleece, a symbol of authority and kingship.