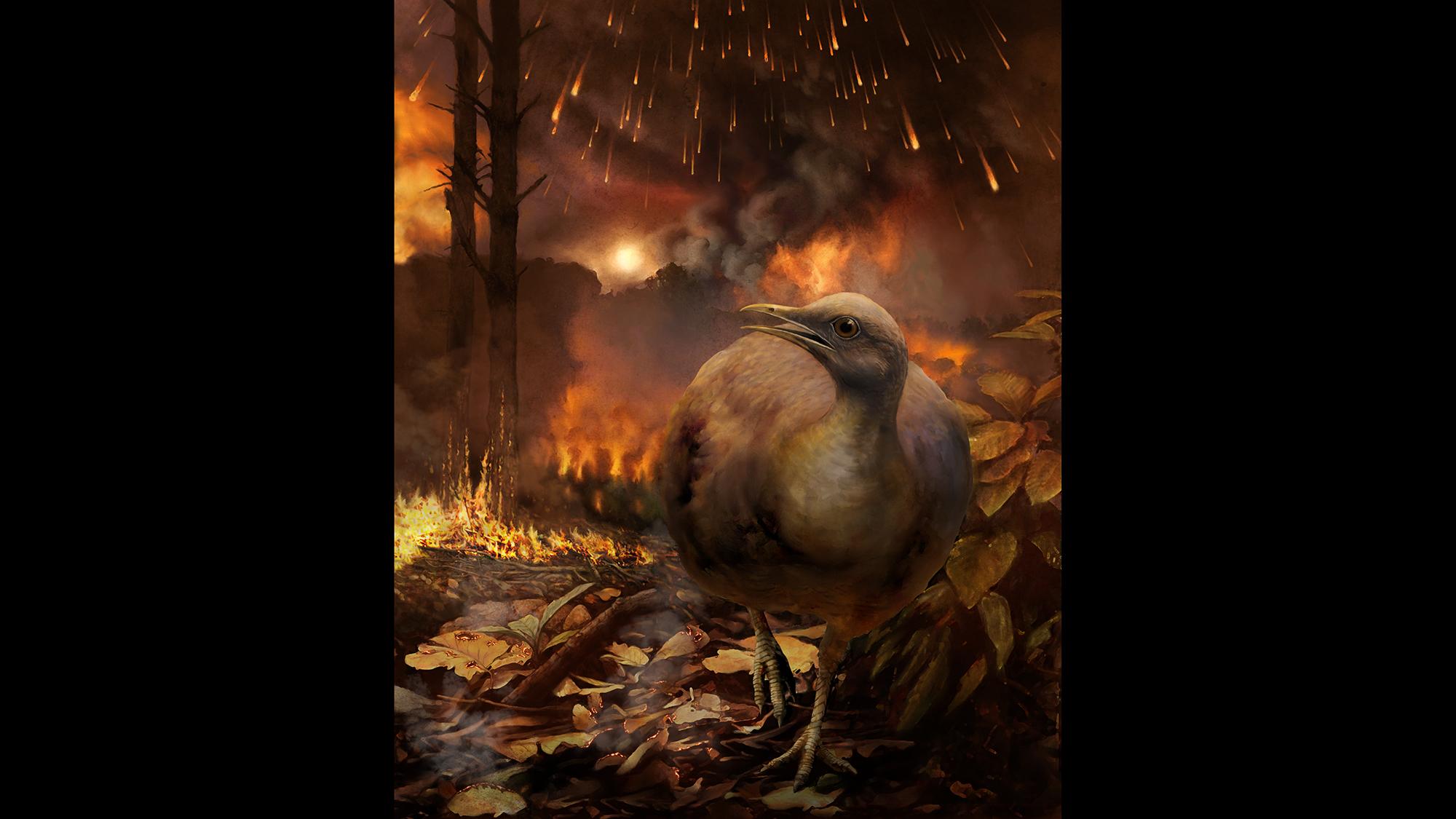 An illustration showing the impact of the Chicxulub asteroid about 66 million years ago, which led to the extinction of dinosaurs and also killed tree-dwelling birds. (Phillip M. Krzeminski)

A research team with a Chicago connection has uncovered new evidence about the devastating impact of the dinosaur-killing asteroid that struck Earth about 66 million years ago.

The asteroid, which hit the planet with a force one million times larger than the most powerful atomic bomb, caused the extinction of dinosaurs, ending what is known as the Cretaceous period. But the nearly 10-mile-wide asteroid also decimated the Earth’s forests, leading to the extinction of tree-dwelling birds, according to a new study co-authored by Field Museum paleontologist Regan Dunn.

For the study, which will be published next month in the journal Current Biology, Dunn and other scientists examined fossil records showing the charcoal remains of burnt trees. Coupled with other research on plants and birds, the evidence suggested that once the asteroid hit, forest canopies collapsed, wiping out the Cretaceous period equivalent of robins, sparrows and other birds with small, delicate legs designed for perching on tree branches.

“Perching birds went extinct because there were no more perches,” Dunn said in a statement. 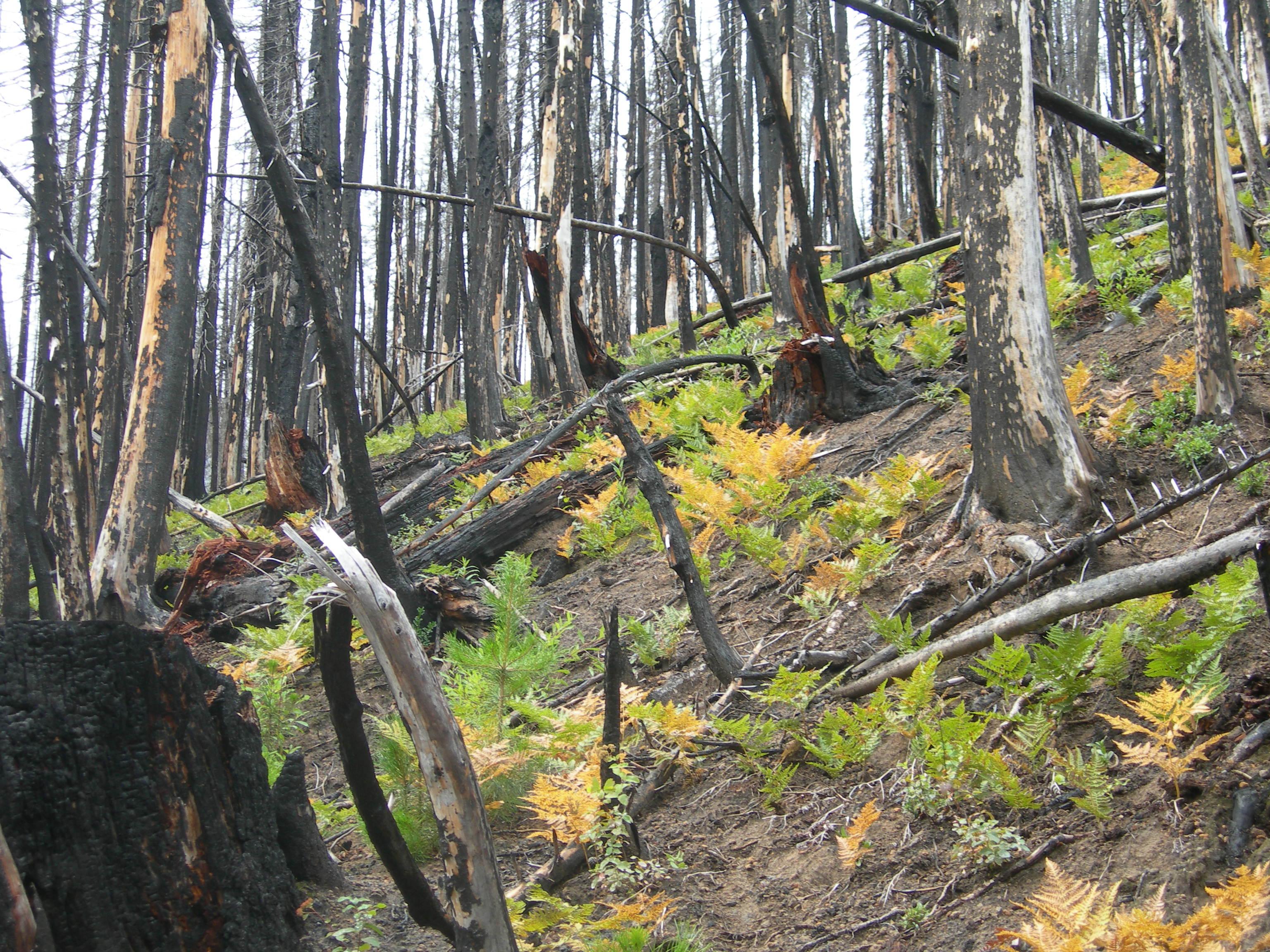 Ferns in a burned forest illustrate the effects of the asteroid that wiped out tree-dwelling birds about 66 million years ago. (Regan Dunn / The Field Museum)

The surviving birds, meanwhile, were ground-dwellers equipped with sturdier legs, similar to modern ground birds like kiwis and emus. Only a handful of bird lineages survived the mass extinction caused by the asteroid, and these birds serve as ancestors for all of the nearly 11,000 living bird species found on Earth today.

While the study’s findings shed new light on the plight of birds following the Earth-changing event known as the Chicxulub asteroid, Dunn said it also highlights the importance of plants, which are often overlooked compared to fossil studies of animals like dinosaurs and birds.

“Plants are the context in which all terrestrial life evolves and survives,” she said in a statement. “They make energy available to all life forms by capturing it from the sun – we can’t do that.

“It’s important for us to understand what happens when you destroy an ecosystem, like with deforestation and climate change, so we can know how our actions will affect what comes after us," she said.