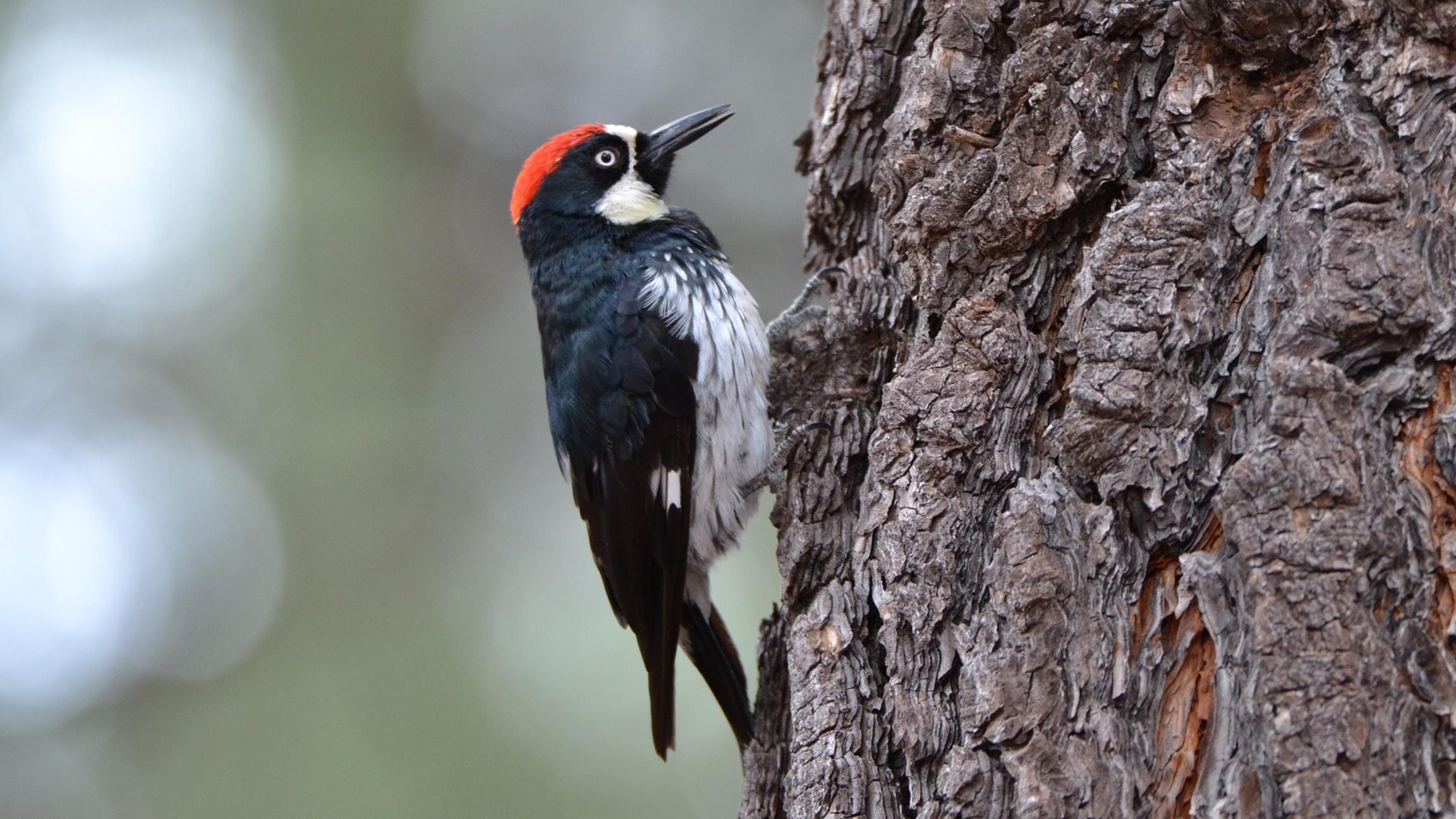 Football players are often thought of as modern-day gladiators, but even the most hard-headed linebacker has nothing on the woodpecker, at least when it comes to sustaining blows to the noggin.

With each peck, the birds undergo an average force of more than 1,000 Gs, or 1,000 times the force of gravity on Earth. By comparison, an impact of 60-100 Gs can give humans a concussion.

Because of their ability to withstand such intense pressure, woodpeckers have been used as models in the development of sports safety equipment such as football helmets and neck collars. But a study published Friday in the scientific journal PLOS One shows that woodpeckers do in fact show signs of what looks like brain damage in humans, though it might not negatively affect the birds.

The study finds that their brains contain build-ups of a protein associated with the degenerative brain disease chronic traumatic encephalopathy, or CTE, which was first identified in 2002 by Dr. Bennet Omalu during an autopsy of former Pittsburgh Steelers center Mike Webster. The disease, which is associated with repeated blows to the head and can lead to symptoms including memory loss, aggression, depression and sometimes suicidal behavior, has been diagnosed in more than 100 former NFL players.

Whether the study can be used to advance understanding of the human brain is unknown, but researchers are hopeful.

Until now, woodpecker brains had been the focus of just one other study. In 1976, two woodpeckers were examined and a conclusion was reached that the birds do not incur brain injury associated with their pecking. But the authors did not provide detailed descriptions of their findings from the examined brain tissue, according to the new study, leaving unexplored the impact of collisions on woodpeckers despite their use as a model for advances in safety equipment.

“It was crazy to me that no one had ever bothered to look at a woodpecker brain (in greater detail),” said Peter Cummings, an assistant professor of anatomy and neurobiology at Boston University’s School of Medicine who is also a coach of his 11-year-old son’s football team. “That was the first thing that I would have done.”

For the new study, Cummings and BU School of Medicine graduate student George Farah examined the brains of 15 birds from collections at the Field Museum and the Harvard Museum of Natural History. 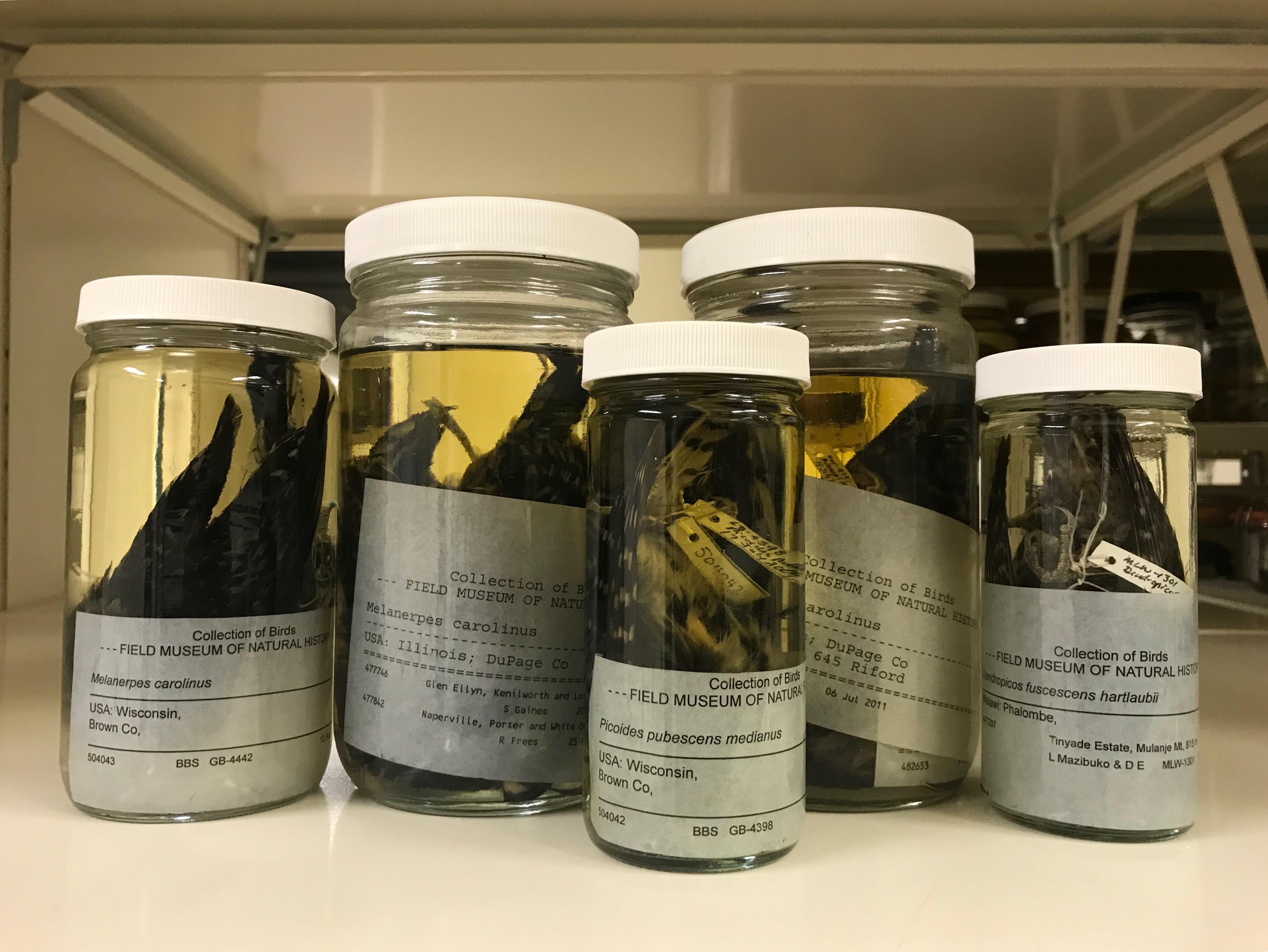 Researchers studied bird specimens from the Field Museum to examine the impact of pecking behavior on the brains of woodpeckers. (Courtesy The Field Museum)

The museums loaned specimens from two types of birds: 10 downy woodpeckers for the experimental group, and, for the control group: five red-winged blackbirds, which are not prone to head injuries.

The researchers removed the birds’ brains and cut thin slices of brain tissue, less than a fifth the thickness of a sheet of paper, which they stained with silver ions to highlight a protein called tau. At moderate levels, tau proteins help stabilize brain cells in humans, but excessive tau build-up disrupts nerve function and can lead to life-altering symptoms associated with CTE.

Cummings and Farah found far more accumulation of the tau protein in woodpeckers’ brains than in the blackbirds, indicating that woodpeckers might experience brain damage after all.

“We can’t say that these woodpeckers definitely sustained brain injuries, but there is extra tau present in the woodpecker brains, which previous research has discovered is indicative of brain injury,” Farah said.

Cummings notes that woodpeckers date back 25 million years, so they’ve clearly found a way to mitigate any effects from their constant pecking.

“If pecking was going to cause brain injury, why would you still see this behavior?” he said. “Why would evolutionary adaptations stop at the brain? There’s a possibility that the tau in woodpeckers is a protective adaptation and maybe not pathological at all.”

Whether the study can be used to advance understanding of the human brain is unknown, but Farah and Cummings are hopeful.

Woodpeckers have several evolutionary adaptations that scientists think help the birds mitigate the enormous forces experienced while pecking. These features include stabilizer muscles in their necks that help reduce whiplash, sharp beaks with upper and lower components that can move independently of each other, and a long tongue capable of bracing the skull and brain during impacts.

Until now, the majority of research using the woodpecker as a model for the development of safety equipment has focused on these biophysical traits of the woodpecker’s head. Early studies of such equipment have shown some success in reducing significant structural changes to the brain, though there remains significant doubt about the ability of remodeled helmets or other equipment to reduce the damage caused by repetitive subconcussive hits experienced while playing football.

Cummings and Farah’s research now shows that despite their adaptations, woodpeckers do appear to show signs of damage.

“I had always assumed that they probably wouldn’t have had brain damage or else they would have figured out another way to get through their lives,” said Ben Marks, who manages the Field Musem’s collection of birds. “So to me it was kind of a surprising result, even though we don’t know exactly what it means.”

Although more studies need to be conducted on woodpeckers, Cummings said the findings could help improve football safety equipment, or even those living with brain damage.

“If the tau accumulation is a protective adaptation, is there something we can pick out to help humans with neurodegenerative diseases?” he said. “The beauty of science here is that maybe now somebody will move forward and study it further.” 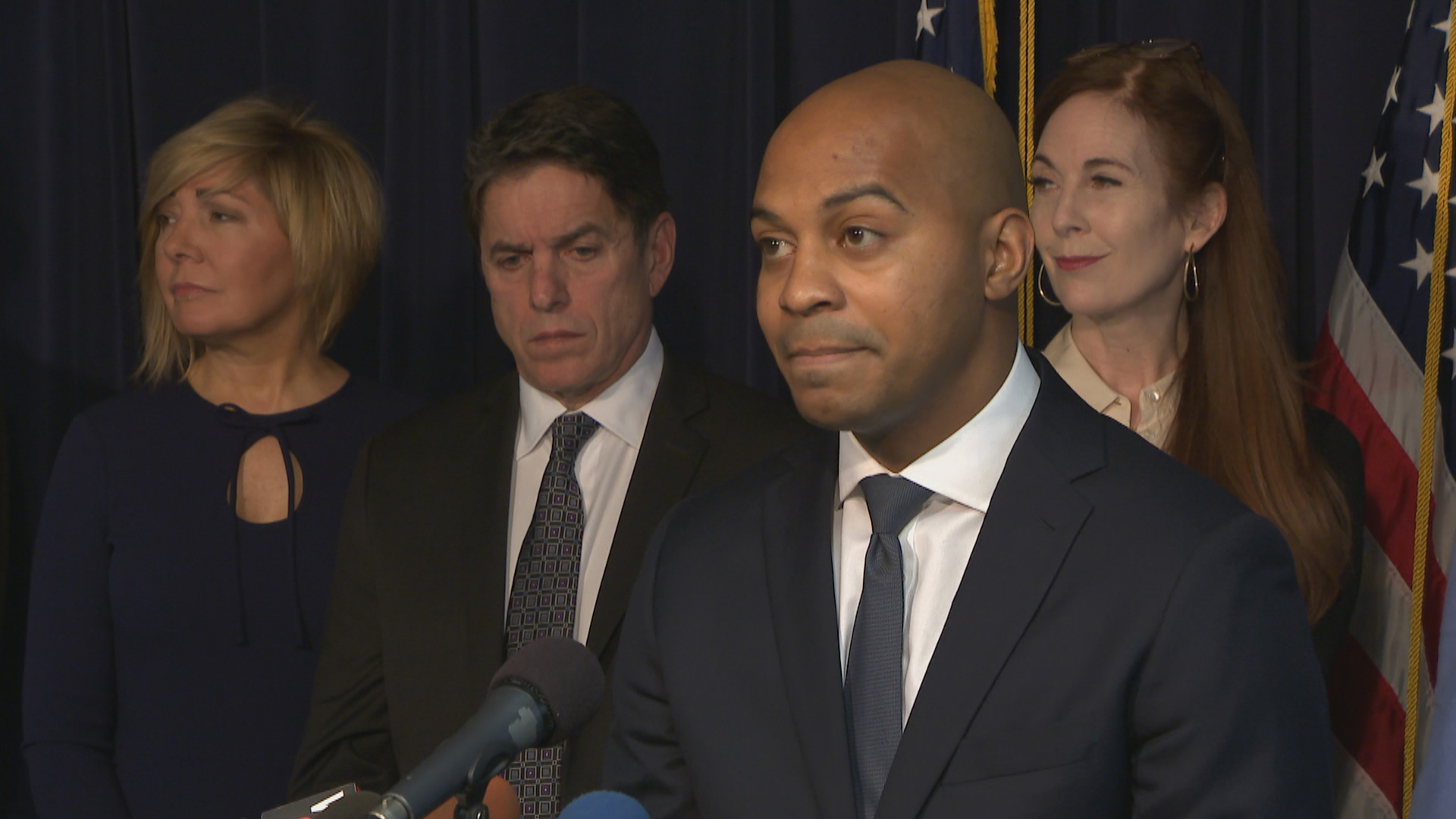 Jan. 30: Former pro football players are joining the effort to ban tackling in youth football. We talk pros and cons of the newly introduced Duerson Act. 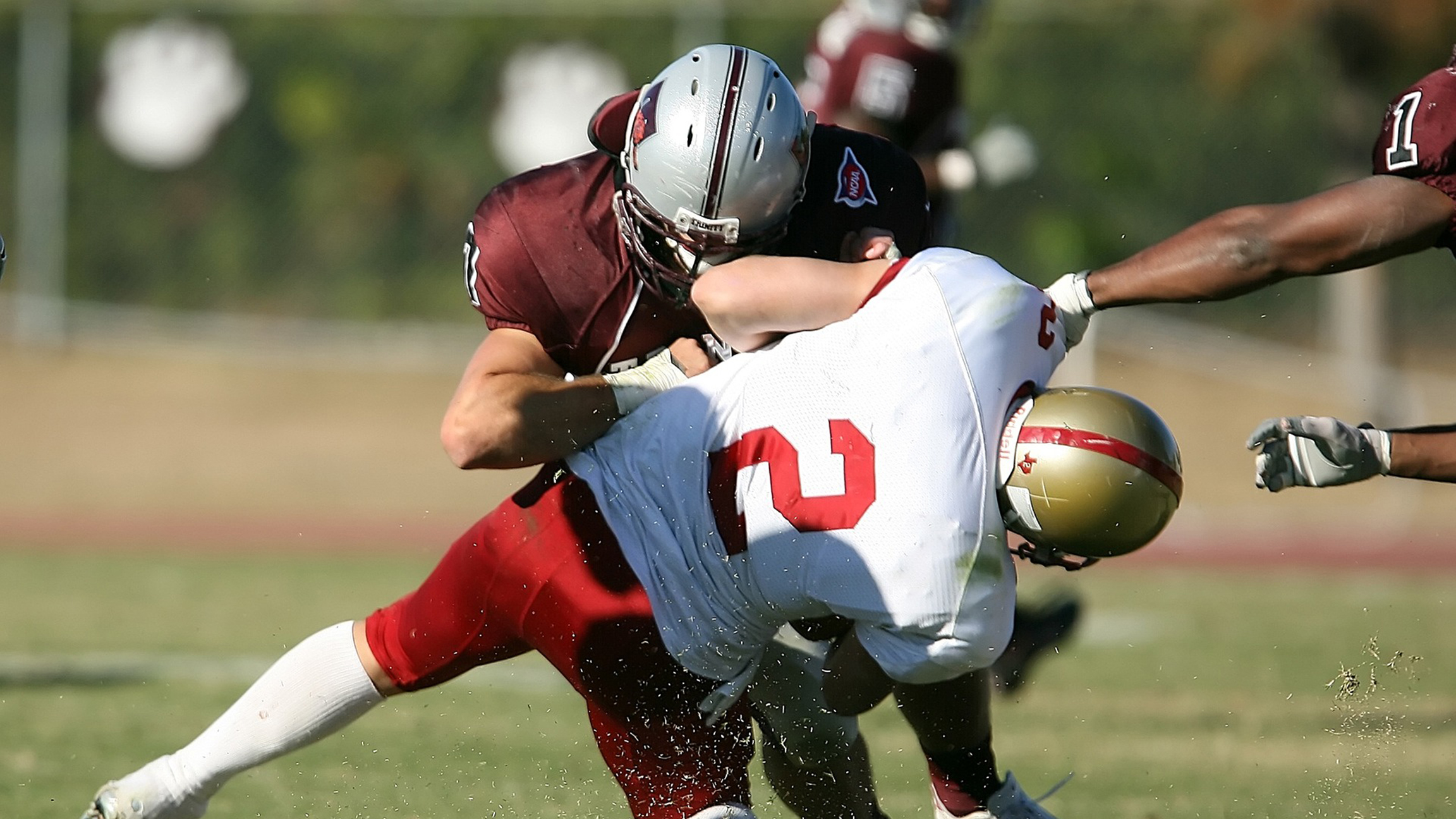 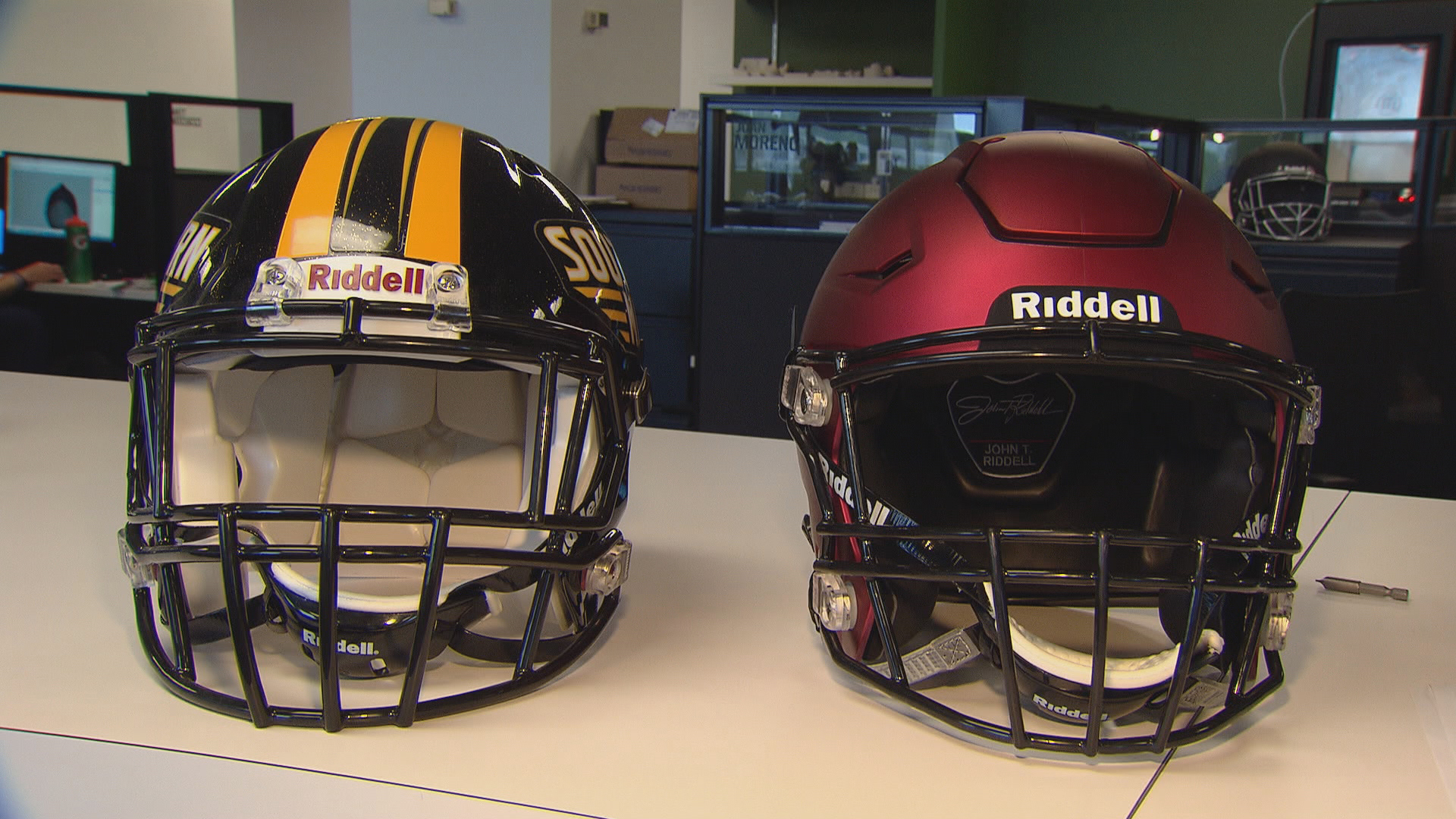